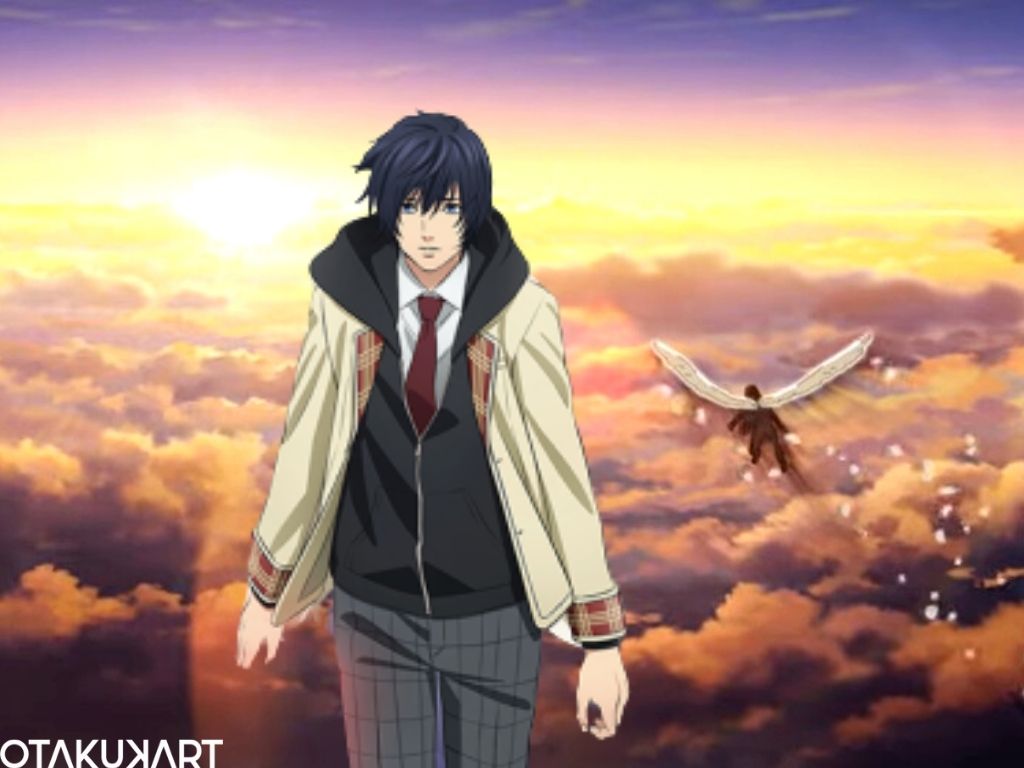 Mirai Kakehashi, who is the protagonist of the series, commits suicide. Ever wondered why people commit such outrageous acts? Because they cannot find the solution, they are looking for.

Committing suicide seems to be the last option for them. Mirai had a similar situation. His uncle and aunt kept him after his parents’ death, tortured and abused him to death. Not knowing how to continue living on, Mirai had no option but to end his life. However, Nasse – Mirai’s guardian angel, introduces herself to Mirai and promises that she will keep him happy forever. How? By giving him superpowers and making him one of the God candidates. Mirai, who had forgotten that his mother wanted him to be happy no matter what is now determined to defeat 12 other God candidates and live his life happily. “To be good, to do good, one has to become a devil.”

The story writer and illustrator of the Bakuman series are Tsugumi Ohba and Takeshi Obata, respectively. Being the genre of comedy, coming-of-age, and slice of life, Bakuman is otherwise a really good anime that will go well after you may have been too traumatized to watch any trauma-related series. The life of a mangaka, you may get familiar with it once you watch the series. Have a good watch then.

Similar to Platinum End, here are some other anime series that share a common storyline.

Also known by the name ‘Future Diary,’ the series is pretty similar to Platinum End. The holder of future diaries must find and kill the other 11 candidates of the same. Yukiteru Amano, the protagonist of the series, records his everyday life events in his cellphone diary. While one day, he becomes the holder of the Future Diary, Yukiteru is basically forced into the battle among the holders. Will he kill for good? Or, will he be killed for good?

With no introduction needed, the Death Note series is one of the best psychological anime series. Truth be told, the ideology of Light Yagami, to purify the world from criminals, is somewhat convincing. And the God of Death, Ryuk, oversees this human, who, in the end, ends up killing him.

To those who haven’t watched the series yet, that was a spoiler! Light Yagami, who came in contact with a notebook ‘Death Note’ which can kill people, on the basis of some conditions, brutally kills many and has been on the wanted list by various investigation organizations. 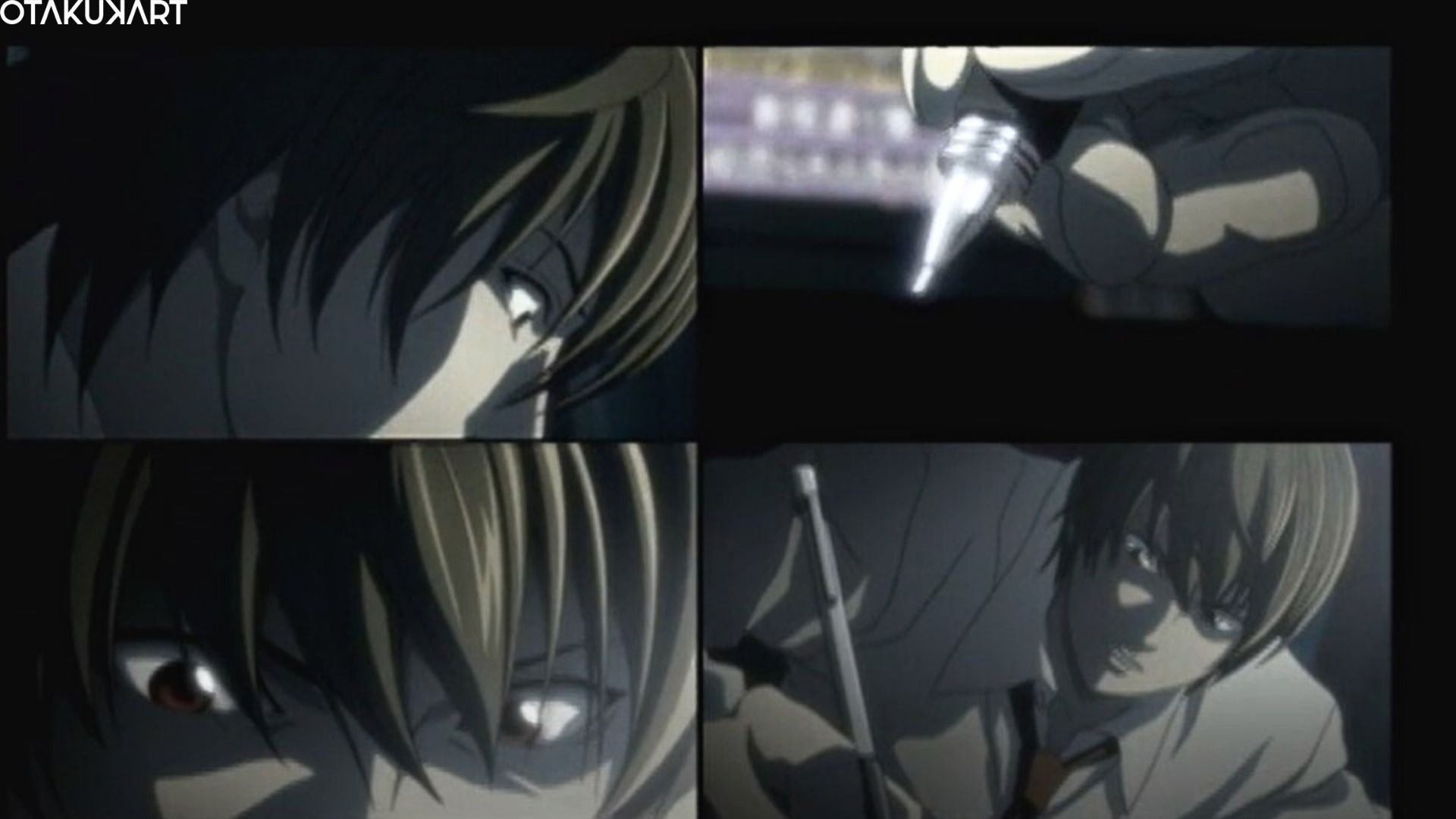 Light writing down the names of criminals.

Have you watched Sword Art Online? Or maybe Mirai Nikki? Well, Btooom is said to be the mixture of both. Ryouta Sakamoto is the protagonist of the series and also a player in the Btooom video game. He, who is unemployed, is considered to be the top player. Much to his surprise, Ryouta learns that he is inside of his favorite video game and has to play for his life. In order to not die, Ryouta and the other players inside the game has to defeat each other. Can Ryouta survive this brutal game?

The war, for some, is to win. Some others have to defeat and be defeated, even though no one wants to. While the Einzbern family is all set to win the war regardless, they even hire the Magnus Killer, who is known as a ruthless hitman. The war begins, and only one can be victorious. Who will it be?

The English alternate name, ‘Battle Begins in 5 Seconds’ has a total of 12 episodes. Aired from July 2021 to September 2021, the series’ protagonist Akira Shiroyanagi is a high-schooler who loves playing games. Well, who doesn’t likes playing games? But what if the game you like the most becomes your reality and your reality becomes a dream?

Akira, who had been dragged to the game he likes to play the most by a girl named Mion, has now vanished from his original life. No sign of him, his name erased from his family register, Akira now has to survive in this cruel game. Can he do it?

Have you tried all of MAPPA’s works? Did you know that Inuyashiki is animated by the studio MAPPA? And, did you also not know that the protagonist here is a 58-year-old man? Do not fret. If you’re still left to watch the series, then do so now. Because, unlike the typical series, here, the protagonist, Ichirou Inuyashiki, becomes a human weapon. What will he do once he gains powers? Can he still be called a human?

The 12th Zodiac Tournament is held in a place devoid of any residents. Who will stay till the end of this brutal fight? Which zodiac sign will win? And what will be the wish of the winner? If you’re yet to watch this intense anime series, then do watch quickly.

If you are into a bit of horror, then ‘Another’ is just right for you. First of all, did you know that sometimes it is a blessing to be ignorant? Not everything around you should concern you to the point that you have to pay the price for your own curiosity. That is exactly what Kouichi Sakakibara, a transfer student in Yomiyama North Junior High, did not keep that in mind.

His curiosity and his want to unveil the truth have brought mysterious misfalls over the whole class. However, what exactly did he want to know? What caught his curiosity? Why can’t he just ask any of his classmates about it? If his classmates are unwilling to tell, why is it? Is knowing the truth worth it to even risk oneself? 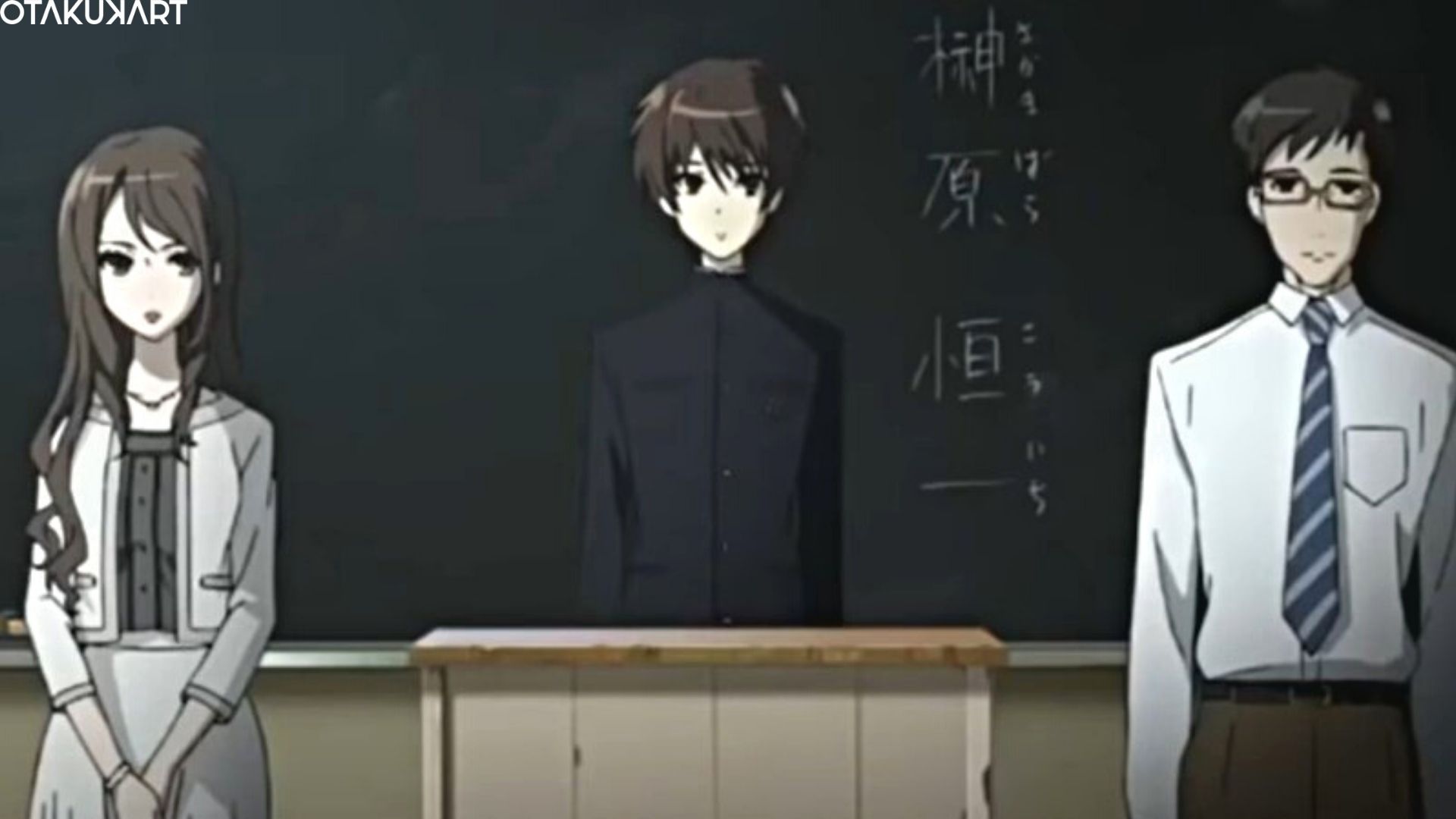 “It’s just a game, right?” Kaname Sudou, who was invited by his friend to play a game, named Darwin’s Game, was bitten by a snake that appeared from the application. Leaving him unconscious, Kaname thought it was his hallucination and nothing else. He moved on pretty quickly and got back on his feet pretty quick too. Meaning, after he thought to himself that the snake bite was just his hallucination, his curiosity led him to open the game’s application once more.

What do you think (may) have happened? Obviously, Kaname’s curiosity got the best of him. The game, after opening it again, brought in players in real life. Now, Kaname has to win all his fights, or else he dies.

“If you are not sure that you can kill someone to save yourself, then don’t leap forward.” Sword Art Online is highly recommended to the Platinum End fans. The series has been favored by many. With the advent of technology, gamers can now enjoy VR in real life. Yes, the series portrays the story where VR has been brought into real life, but there’s more to it. Once logged in, the players can no longer log out. Why? How come?