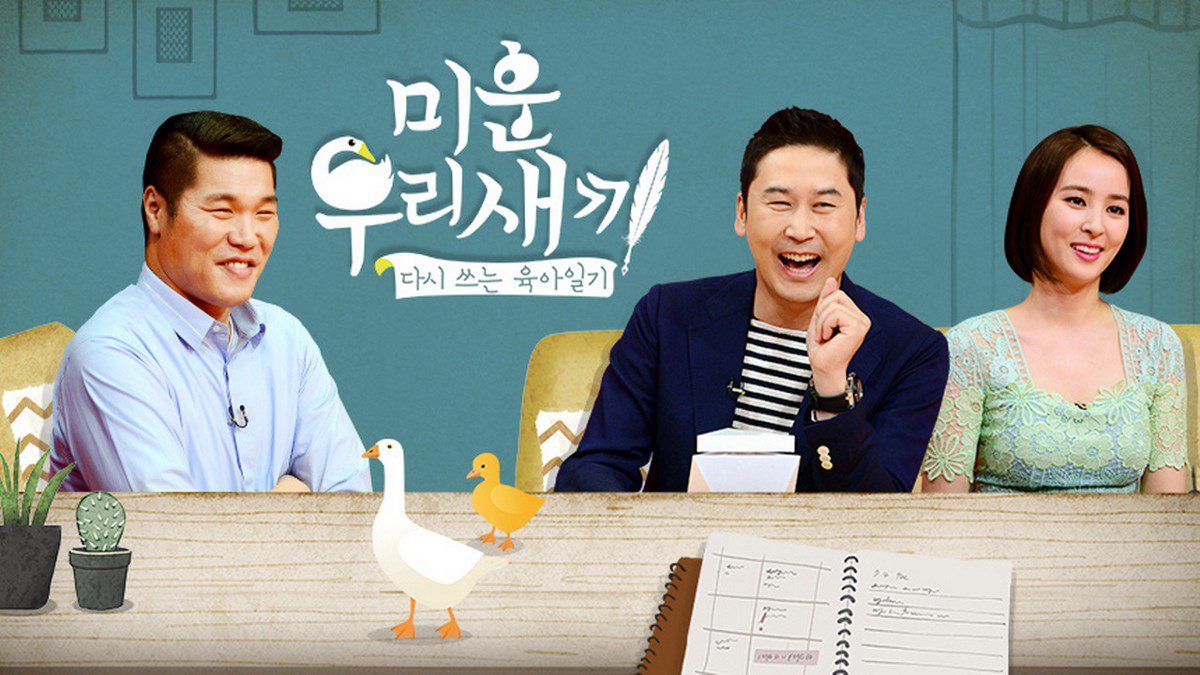 In South Korea’s long tradition of variety shows, Mom’s Diary – My Little Old Boy, also called Mom’s Diary – My Ugly Duckling is another niche show that has made space for itself in that genre. This show began airing in 2016 and focuses on mothers. Variety shows are usually a convenient platform for celebrities and idols to attend to promote their work, be it a movie, a series, an album, or a single. So instead of inviting celebrities to their show, the hosts invite the mothers of their celebrities. Fans get the opportunity to witness their favorite stars in a domestic set-up under the supervision of their mothers. This brings out new sides of the celebrities and satisfies the fan curiosity about their domestic life. Some of the most famous Korean celebrities and stars have been on this show via their mothers, so fans are excited to see their favorite stars get up here.

Mom’s Diary – My Little Old Boy aired on 26 August 2016 on SBS. The show has two hosts currently, Shin Dong-yup and Seo Jang-hoon. The current regular mothers on the show are Cho Hye-Seon, Kim Sun-Ja, Park Young-Hye, and Lee Ok-Jin. The celebrities with regular primetime are Lee Sang-min, Kim Jong-kook, Kim Hee-chul, and Lee Tae-sung. The show even has its theme song, titled “My Son,” sung by Kim Gun-mo from episodes 1 to 167. Each episode lasts 120 minutes, and as of 27 March 2022, there are 286 episodes, including the first pilot episode. The episodes were only 40 minutes in 2019, 2020, and till June 2021, after which the program expanded to broadcast 120-minute-long episodes. Fans enjoy watching the show and learning how family interactions can be for celebrities, a side that is usually unknown to us.

The previous episode Mom’s Diary – My Little Old Boy 2022 Episode 38, had a very interesting guest star. It was Crush who sang “Beautiful,” one of the most popular K-dramas, Goblins OST. Crush came on the show to promote his new song, “Rush Hour feat. j-Hope of BTS”, in which he collaborated with the incredible dancing & rapping maestro j-Hope (Jung Hoseok) from the most popular and iconic K-pop boy group, BTS. As the charming mothers swooned over Crush’s voice, he also performed and danced to a snippet of his song on the “stage.” The show then follows Jong Min, who visits actress Kim Gyu Ri at a hanok and follows their discussions as they get a tour of her new studio. Not only did the fans get to see Crush react to industry gossip, but they also got glimpses of their favorite star’s life outside of entertainment.

The episode was titled “Trip to Donghae” and was released on 25 September 2022.

The showrunners haven’t released a preview of what to expect in the next episode. However, since the actor from “Extraordinary Attorney Woo” and Crush have made an appearance, we can expect the next guest celebrity to be Xiumin to promote his new album or a Korean Drama actor, perhaps supporting roles of people in Love in Contract. Without any guest list, it will be hard to predict, but it will be a moment of excitement for fans to see their favorite celebrities. Fans also get to see sweet bonding moments between mothers and their children, as the mothers witness their children living their daily life like in a diary. This also ensures that the mothers have a very good idea about their children’s personalities, and their bonds are heartwarming to the fans.

It will be interesting to see what more adventures the children go on. In the last episode, we saw one of them learn painting, so what will they learn in this episode? Or what new hobby will they cultivate? Fans are excited to follow and find out.

Mom’s Diary – My Little Old Boy 2022 Episode 39 will be airing on the original network SBS on 2 October 2022. The show will air new episodes every Sunday at 21:05 KST, which is 5:35 PM IST in India. If you are curious about the show and want to watch a few episodes, it is available for streaming on Kocowa TV if you are from North and South America. It is also available on AppleTV. Glimpses of the show are there on the official YouTube Page of KOCOWA TV.