The Australian reality TV shows The Amazing Race Australia is almost at its seventh episode. After the last leg went wrong in the bad weather with an untimely blizzard, the elimination round seemed a bit unfair. Let’s see what the next episode brings.

The television series is a spin-off of the international series called Amazing Race. The Australian version follows the same rules where participants are given certain hints and challenges with which they have to travel around the world. The participants are given a destination that they need to reach at a certain period with clues provided to them.

Other than the clues, they need to navigate and find their way out by talking to the locals. To make it harder, they are provided with challenges as well. The first to reach the given “pit stop” will be the winner of $250,000 prize money, and the last to reach is eliminated from the show.

The adventure-based game show airs on Network 10 after it was revived in June 2019. The Amazing Race Australia is currently produced by Eureka Productions and hosted by the ex-professional Rugby player Beau Ryan who is an actor and singer as well.

In the previous episode, the teams are sent to Arachova, where the last leg took place. The teams flew from Kamari to Athens, and from there, they reached the beautiful mountain town of Arachova. In Arachova, the contestants are to travel to the Church of Saint George. The contestants travel from Mount Parnassus through Clock Tower Overlook. From there, they reach the Church.

Their first task at the church is to dress up as a bride and groom. After dressing up, they had to pin 10,000 euros on the bride’s dress using only 50 euro notes. With the pinned notes, the bride has to spin three times while making sure the notes cling to her dress, and after the task is done, they will get their next clue. This episode witnessed Pako And Mori celebrating their anniversary after ten happy married years. The other couples, married and unmarried, all seemed adorable together. 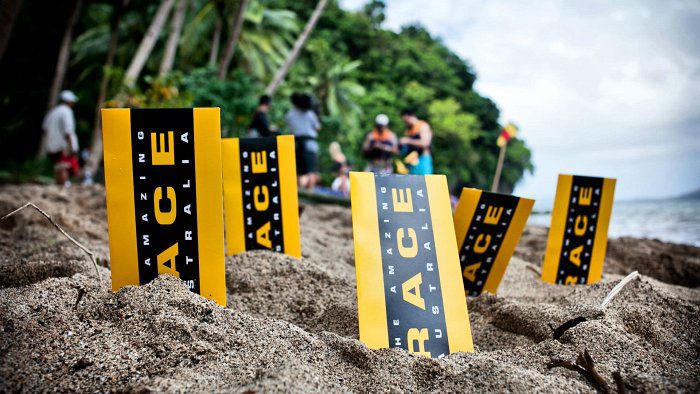 However, things began to go downhill from here. The weather worsened soon, and rain and snow made a sudden visit. The weather definitely made the tasks much harder, but Pako and Mori finished the task first.

The task was to make a giant snowman where Pako and Mori came first again. After all the teams were done making their snowman, Lauren and Steph got theirs approved who was followed by Angel and Frankie. The last ones were Sam and Stu, who got eliminated in the end.

It felt unfair since many participants were sabotaged by the sudden change of weather. It also felt like the snowman task covered most of the screen time. Even when it was entertaining to watch, the snowman episode felt a bit dragged out. In the next leg, the teams will have to travel to Turkey. Here, the teams will have to race to the city of Izmir, Turkey, where the participants will be waiting for more tasks and challenges. Where To Watch The Amazing Race Australia Season 6?