The Story Of A Low-Rank Soldier Becoming A Monarch

It takes a rare kind of person to be able to reach the top even if the odds are stacked against them. So many of us feel like giving up if the going gets too tough but some shine through the obstacles in their way and strive so hard that they attain their dreams, even if it seems downright impossible.

The Story of a Low-Rank Soldier Becoming a Monarch is a tale of a soldier who surpassed all limitations and never lost sight of his dream. This manhwa is written and illustrated by Doip and it has been serialized by Kakao Page. It is of the action, adventure, and fantasy genres.

Here is a quick synopsis of the plot. When Chris was just a young 15-year-old soldier he went to war and as a consequence of one of his battles, he lost his right hand. He was devastated but he did not simply lay there moping about his plight.

By the time he was 24 years old, he had already mastered all the skills that he needed to survive in a perilous world. He became a mercenary proficient in numerous survival skills as well as skills required for combat. He was determined to excel and he did not let his unfortunate disability stop him.

However, everywhere he went people kept saying the same thing to him, over and over again. To give up. To stop trying to be a swordsman because he only had one hand. But he paid no heed to the naysayers. But Chris’s bad luck never really left him.

When Chris became 39 years old, he was on a mission with his team. That was when he lost his left hand, swallowed a magical artifact, and fell off a cliff. But he did not meet his death, Instead, he was given a chance at rebirth.

He was transported several years to the past back to when he was a soldier with two hands. Can Chris change the direction of his life now that he has a second chance at it? This story is about how Chris proved that limitations are merely the constructs of the mind and reached the very top.

Read Also: Best Manga Books of All Time That You Can Read Right Now

It is the end of the civil war and it has been won because of Chris. As a reward, the young king, Edik Secardo, appointed Chris as the Duke of the Estates of Savnakd and Vangtess.  In the next scene, Chris is sitting next to his teammates who were all congratulating him.

Chris was discussing with them all the work that needed to be done when he was interrupted by Taekeel who said that there are scars on his daughter’s face. Chris stammered out that it had nothing to do with him but Taekeel dragged him out any way to give him a piece of his mind. 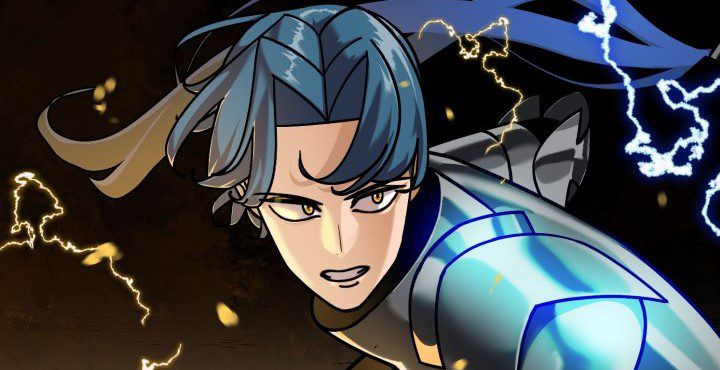 The Story of a Low-Rank Soldier Becoming a Monaroch

The next scene shows Chris in front of the recruits with his teammate. His face is injured because of Taekeel. He asked if the recruits have received any basic training yet to which the teammate replied in the affirmative. Chris shouted to the recruits that it was time for their first mission.

He told them all to grab a shovel and assemble. They were to find a treasure. The recruits all start digging when suddenly the Viscount of Gloucester confronted Chris and demanded to know why he was encroaching on other people’s territory.

Chris assured the Viscount that he will be provided with better, farmable land but the Viscount simply got even angrier. Suddenly, Chris heard a commotion among the recruits and said that they had already found the treasure. Two recruits were fighting with each other.

The fighting got so intense that they were about to kill each other when Chris intervened with the help of Digo. The two recruits were brainwashed by something. It was an evil artifact. Digo dug the artifact out and took it as his weapon because the artifact did not affect him like it affected the others.

Back in the King’s palace, there were lots of complaints about Chris and the King asked to summon him to the palace.

The Story Of A Low-Rank Soldier Becoming A Monarch chapter 99 release date is on Wednesday, January 18th, 2023. You can read this manga on Realm Scans. The spoilers of chapter 99 have not been released yet as of this writing.