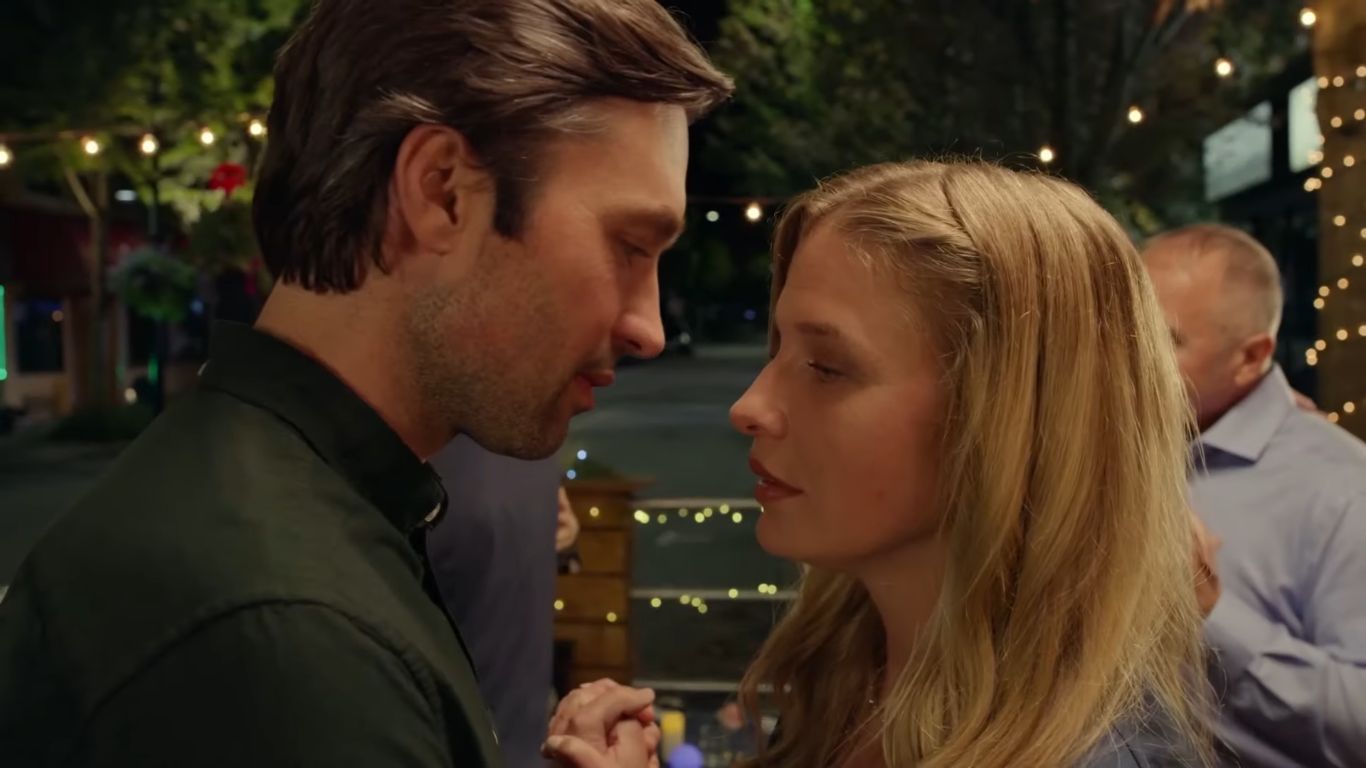 Love at Sunset Terrace is a 2021 Canadian romantic TV movie. It premiered on the American network UPtv, and like any other romantic TV movie, it is filled with fluff that can make your heart squeal. UPtv is rather known for gifting its viewers with those super cliched yet adorable movies such as Love & Where to Find It (2021), Dashing Home for Christmas (2020), The Story of Love (2021), etc., and Love at Sunset Terrace is no different.

The plot mainly revolves around an everyday office worker Sophie who needed to get away from her corporate life, and she chose the picturesque lakeside town of Summerside for her new adventures. The movie tells the story of how the things she found there would change her future.

Just from this brief summary, you can get the gist of the story, and anyone can guess how beautiful the filming locations would be to portray the picturesque town of Summerside. So here are some insights into the movie Love at Sunset Terrace, about its plot, cast, and where it was shot.

Living a busy life in Los Angeles, Sophie Carter felt burnt out from her corporate life, which didn’t turn out to be the creative outlet she intended. Her business partner Spencer advised her to take a vacation to have a change of scenery and to get a better perspective. For that, she chose the best place that came to her mind, a small lakeside town called Summerside. It was the place depicted on the painting drawn by her late Nana that she hung in her office as a loving reminder of her Nana.

To find the much-needed inspiration she needed in her life, Sophie took it as an adventure to visit all the places that her Nana cherished when she was there. On this ‘strictly no electronics or business talk’ trip, she chose an accommodation from Airbnb called Sunset Terrace. Sophie came to know that the accommodation was run by widower Michael and his quirky preteen daughter Kailey. 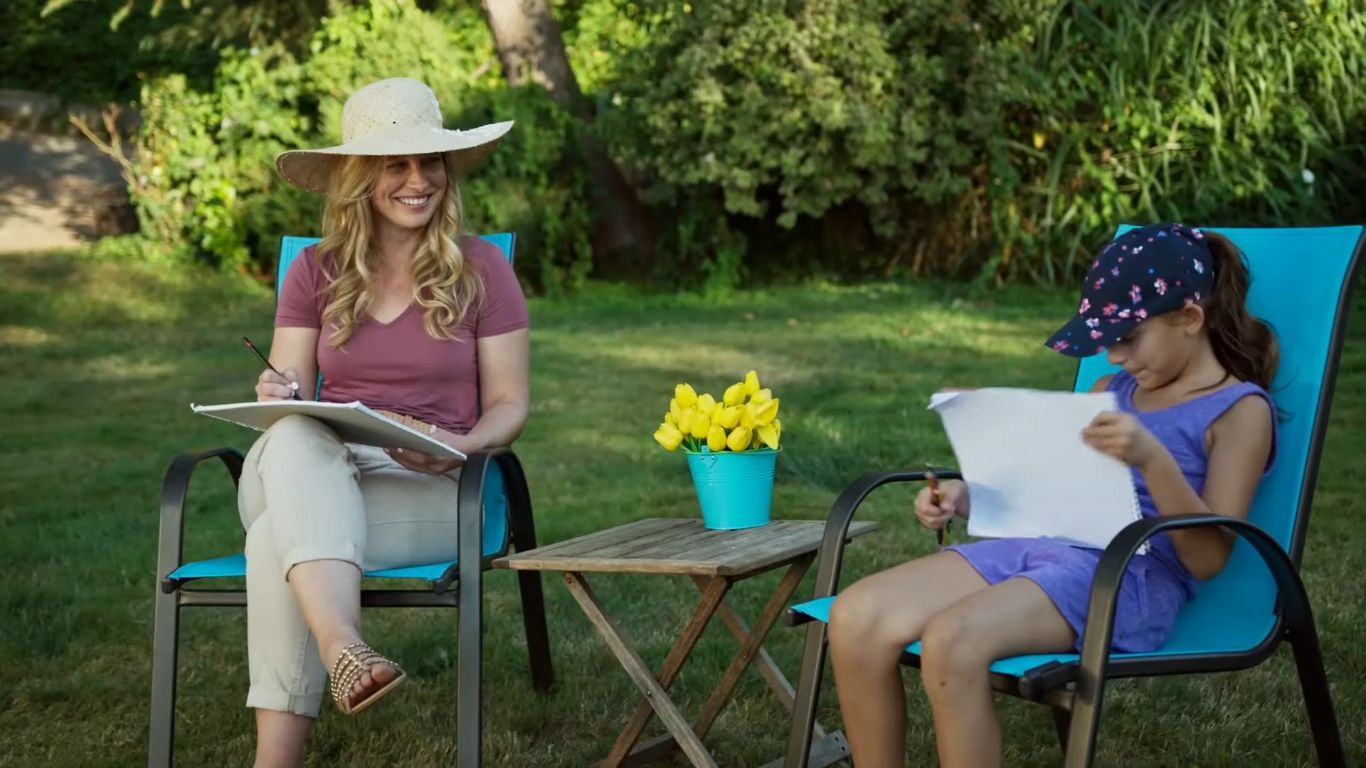 Sophie and Kailey from Love at Sunset Terrace

Discovering that before Michael’s wife Natalie passed away, the now quiet lodging of Sunset Terrace was once the emotional heart of the town of Summerside, Sophie took it as her personal mission to revitalize Sunset Terrace into its former glory. Sophie’s determination to make his daughter and him happy made Michael heartfelt, and slowly but surely, he was falling in love with her.

Things were the exact same for Sophie, as she herself couldn’t help but fall in love with Michael. 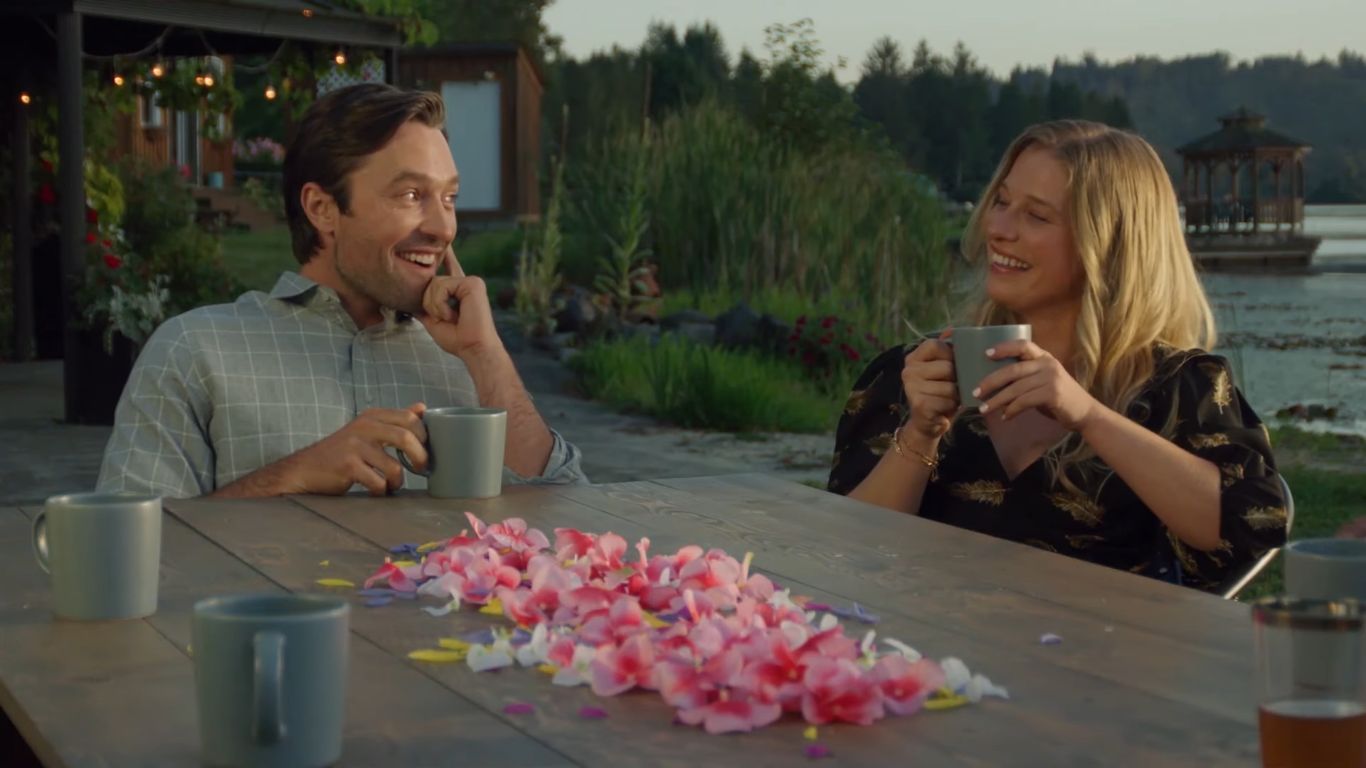 Michael and Sophie from Love at Sunset Terrace

Now both of them needed to make some hard choices. Michael needed to decide if he was ready to accept someone else to fill the space in his heart left vacant by his late wife Natalie, and Sophie needed to decide if she was willing to give up all the things she fought hard to build in her life back in the city, for a life beside Michael and Kailey.

The protagonist couple, Sophie and Michael, was portrayed by Ellen Woglom and Carlo Marks, respectively. Ellen Woglom is an American actress known for portraying the titular character in the 2009 movie April Showers and playing Dr. Louise in the 2017 TV show Inhumans.

Carlo Marks is a Canadian actor pretty well known for portraying the male lead roles in countless Hallmark and TV movies such as Christmas with the Darlings (2020), Moonlight in Vermont (2017), Angel Falls: A Novel Holiday (2019), etc. 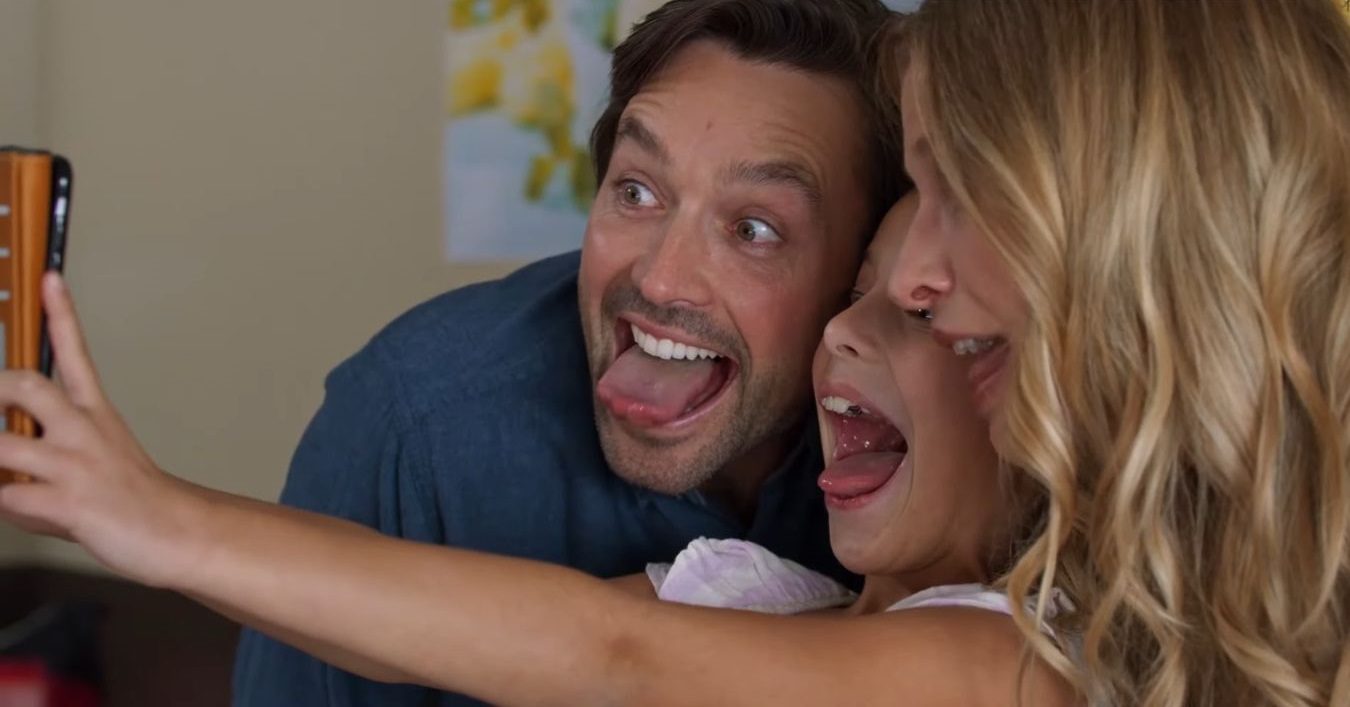 The picturesque lakeside town of Summerside in the movie was heavily inspired by the British Columbian city of Maple Ridge, Canada. Most of the scenes, including the breathtaking scenery of the lakes in the movie, were shot in Maple Ridge.

Some of the scenes were also shot in the British Columbian city of Kelowna, Canada. Kelowna is a place pretty well known for portraying the immense beauty of mother nature, as it is located on lake Okanagan in Okanagan Valley, Canada. 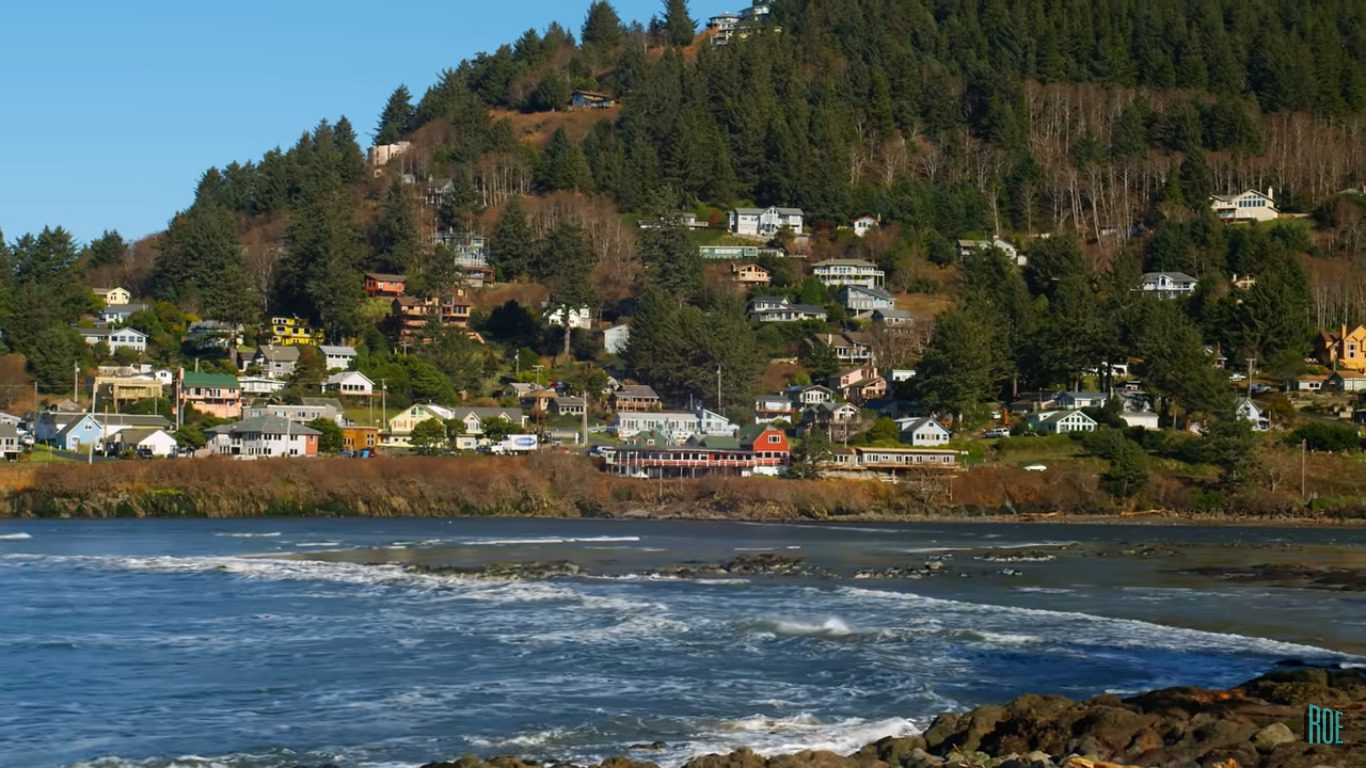