The Violent Men filming locations are truly a wonder, and thus, fans are wondering to know more about the same. The film was released back in 1955. Rudolph Mate directed the tale. It stars actor Glenn Ford in the lead role along with Barbara Stanwyck. The plot of the film is taken from a novel called Smoky Valley, which was also published in 1955. It was written by author Donald Hamilton.

The story of the film focuses on a man who owns a beautiful ranch. Although, his peaceful life now has some great conflicts because of the unethical land grabbing techniques used by big local families with just the right connections. Although, there is a lot of drama in the film, given the fact that he himself is leading a very strange marriage. These relations can sabotage the claim that he has over his own land.

The story starts with John Parrish. He has a war wound on his lung and is now living his life peacefully in the west. His injuries have healed quite a lot, and thus, he is planning to move to the east along with his fiancee of three years after he sells his ranch to Anchor Ranch. Although, things take an awful turn when John sees the bully that Anchor Ranch’s owner is. He is a cripple man named Lew Wiljison who has people working for him and would not hesitate to use a gun if required. 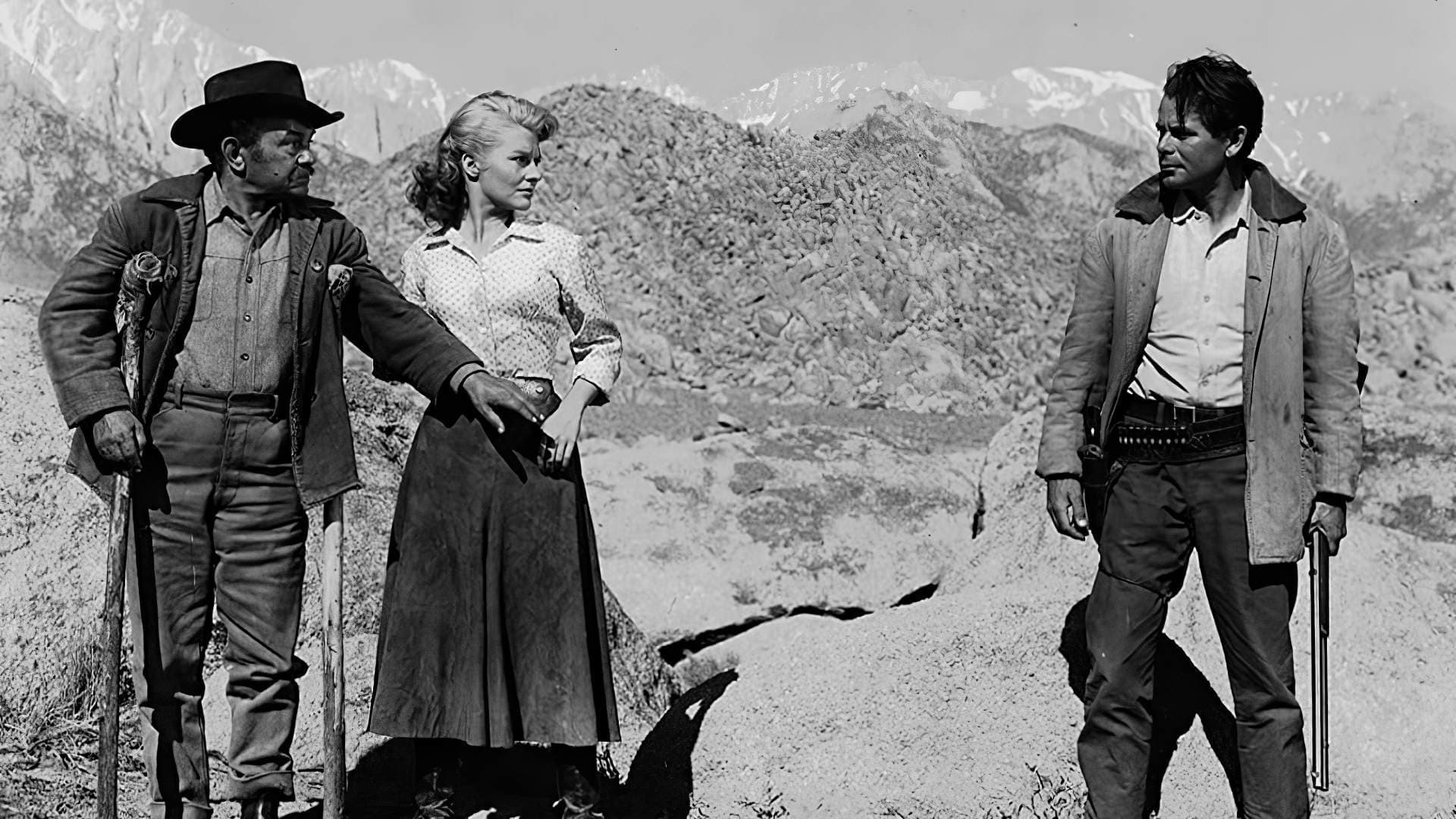 A still from The Violent Men

Anchor Ranch has completely taken over the valley, and thus, Lew offers John a very low offer for his piece of land and gives him 24 hours to respond to the same. Even though he does not want to, John decides to sell his land for the offer made by Lew because of his fiancee, who keeps nagging him to move from the countryside and to the east. Later, we see that one of the man’s sons is murdered by Wade Matlock, the man working for Lew. Even though he wants to take revenge on Lew, it is sure that the new town mayor, who also is under the control of Lew, will gladly arrest any other person who raises a word against him.

Later, while John is in a saloon with Wade, he is surrounded by Lew’s men as well. In a frenzy of violence, he kills Wade with his own handgun and quickly leaves the place. He later tells Lew that he has decided not to sell his ranch. The story starts developing from here as the protagonist and the antagonist both come into action and start their tactics. Lew talks about how John should agree to his deal because if he starts to fight, John would not like his ways. Although, Parrish does not pay any heed to him. Coming back to the filming locations of this film, here is what we know.

The Violent Men filming location is at Alabama Hills in Lone Pine, located in California in the United States. As for the Anchor Ranch, we see in the film which John rides up in order to refuse Lew that he will not be selling his land to him; it is also located in California. The exact location of the place is at the Lubken Ranch at 1203 Lubken Canyon Road in Lone Pine Inyo.

Other filming locations of the film include the Old Tucson in 201 S. at Kinney Road in Tucson, located in Arizona. The camera started rolling in both California as well as Arizona to take a variety of shots that would suit the film. Other Arizona locations include Sierrita Mountains, Tucson Mountains as well as the Ironwood Forrest National Monument.

Other locations in California include the Columbia Ranch and the Warner Brothers Ranch. It was used for the filming of John’s land. It is located at 411 North Hollywood Way in Burbank.