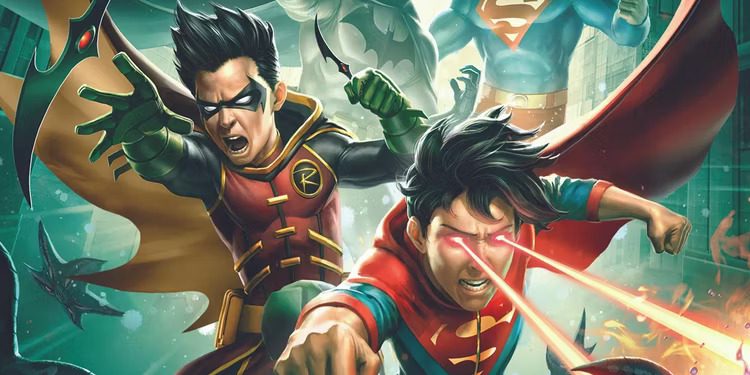 Batman And Superman Battle Of The Super Sons

The world-building in the DC animated universe was strong, from the pivotal moments in The Flashpoint Paradox through the action-packed conclusion of Dark Apokalips War. DC is now concentrating on making stand-alone animated movies that increase its storytelling potential after the shared universe came to an end.

The animation studio revealed a new animated film during DC FanDome 2021 that centered on Damian Wayne and Jon Kent, the sons of Batman and Superman, respectively. Jon and Damian have shifted to various media, despite being well-known characters in the pages of DC Comics.

The movie will show the first encounter between Damian Wayne and Jonathan Kent, the sons of Batman and Superman, respectively. Jonathan has only recently discovered that his dad, Clark Kent, and Superman were one and the same and that he has some of the Kryptonian skills Superman possesses. He now has to team up with Damian, the new Robin who has been assisting Batman, to defend the Earth and their loved ones from an alien menace.

Batman And Superman: Battle Of The Super Sons Teaser Trailer

The first teaser trailer for Battle of the Super Sons, the studio’s first-ever fully-CGI animated film featuring the title heroes’ children, has been made public by DC. In the 60-second clip, Jon Kent and Damian Wayne teamed together to defend the world against Starro the Conqueror.

Jon Kent, his father, Superman, and Batman gave him a tour of the Batcave at the start of the trailer. Damian Wayne arrived and, as to be expected, he had no desire to speak with the Man of Steel’s son. After Starro killed most of humanity (including Batman and Superman), Jon and Damian agreed to cooperate to prevent the cosmic danger. 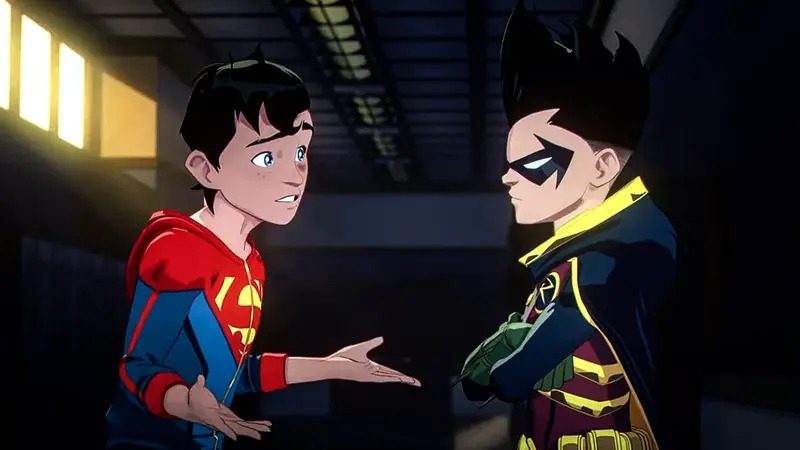 Batman And Superman Battle Of The Super Sons Trailer

Additionally, the clip showed that Starro managed to even defeat Lex Luthor. Several members of the Justice League and Young Justice, including Martian Manhunter, Kid Flash, Beast Boy, and Wonder Girl, will undoubtedly appear in Battle of the Super Sons.

Batman And Superman: Battle Of The Super Sons Release Date

Matt Peters is in charge of directing Battle of the Super Sons, which was written by Jeremy Adams.  The movie also features the voices of Darin De Paul as Lex Luthor and Starro, Laura Bailey as Lois Lane, Zeno Robinson as Melvin Masters and Jimmy Olsen, Tom Kenny as Penguin and the Green Arrow, Nolan North as Jor-El, and Myrna Velasco as Wonder Girl and Lara. In addition to Griffo,  Grazer, Baker, and Willingham. 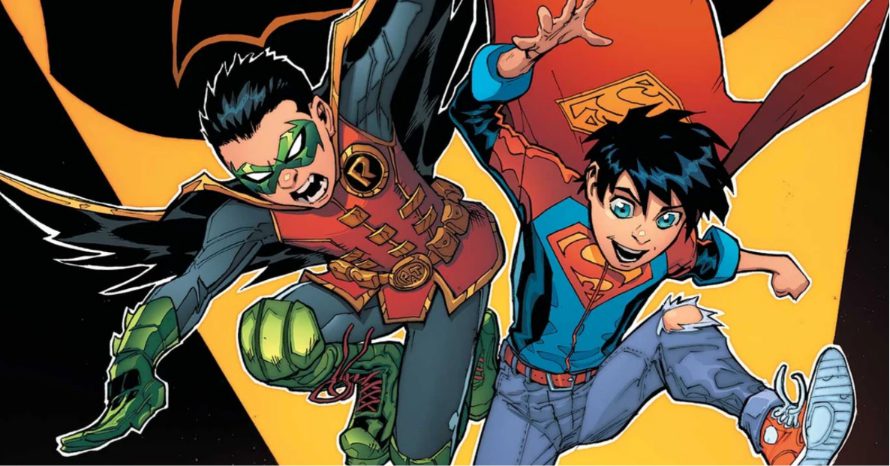 The child of Superman and Lois Lane, Jonathan “Jon” Kent was developed by Dan Jurgens and made his debut in 2015’s Convergence: Superman #2. Jon thus became the third significant DC character, after Clark Kent and Conner Kent, to use the title Superboy. Even in 2021, Jon stepped into his father’s shoes as Superman. In the midst of DC’s Rebirth campaign, Jon and Damian originally joined together as the Super Sons in late 2016.

More On Battle of the Super Sons

Battle of the Super Sons is probably a stand-alone film, even if it hasn’t been proven that it takes place in a shared universe. Jon Kent and Damian Wayne will undoubtedly have a difficult time defending Earth, given the main concept of the film, as they are most likely the only two superheroes who have not yet been harmed by Starro the Conqueror.

Given that the Justice League is fully formed in the film, there is a good potential that additional heroes, in addition to those who were already shown in the teaser, will make an appearance. Lois Lane, Wonder Woman, The Flash, Aquaman, and the League of Assassins are notable possibilities who might make an appearance.

DC is also creating history with Battle of the Super Sons because of the usage of completely computer-generated imagery (CGI), despite the studio’s preference for hand-drawn animation for the majority of its works. Warner Bros and DC last used computer-generated imagery (CG) in the 2013 film Beware The Batman and in 2011’s Green Lantern Series. It appears from the trailer that the CGI treatment was successful, and it will be intriguing to see how it will be displayed appropriately when the animated film debuts.