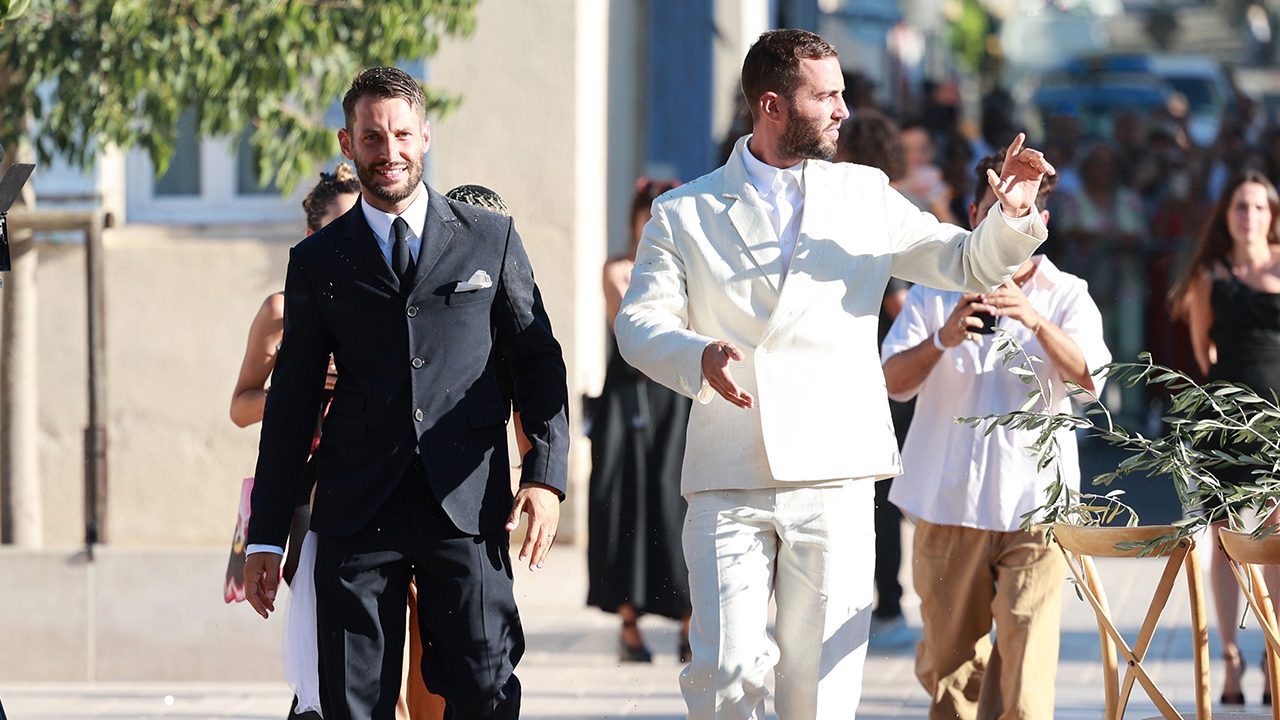 Want to know all about Simon Porte Jacquemus and Marco Maestri’s wedding? Marco Maestri has been the head of Yoann and Marco, an exclusive agency that aims to enable customers to work with influencers who best match the essence of each brand and thus increase reach. Fashion brand Jacquemus was the first house that initially started working with Yoann and Marco on digital development. Marco created the agency after joining forces with his brother, Yoann, who is a professional French rugby player, later Simon Porte Jacquemus was photographed back in May 2018 at the seaside to announce the date and location of his first menswear collection show.

Marco Maestri later recalled in an interview Simon decided to take pictures of his brother for his first photos presenting the Jacquemus Men’s collection, and Yoann told him a lot about him. It was later, when he came back from Marseille, that they decided to have lunch together. After a few years of togetherness, Simon Porte Jacquemus and Marco Maestri have finally tied the knot, and the intimate wedding ceremony has been a starry affair with guests having a great time as they celebrate the union of the two! Let us take a look at all the details and lesser-known facts about Simon Porte Jacquemus and Marco Maestri’s wedding.

Simon Porte Jacquemus and Marco Maestri’s wedding was surely a starry affair as several celebs were in attendance to bless the newly wedded couple! The renowned designer from Salon-de-Provence naturally chose his native South for this special occasion. 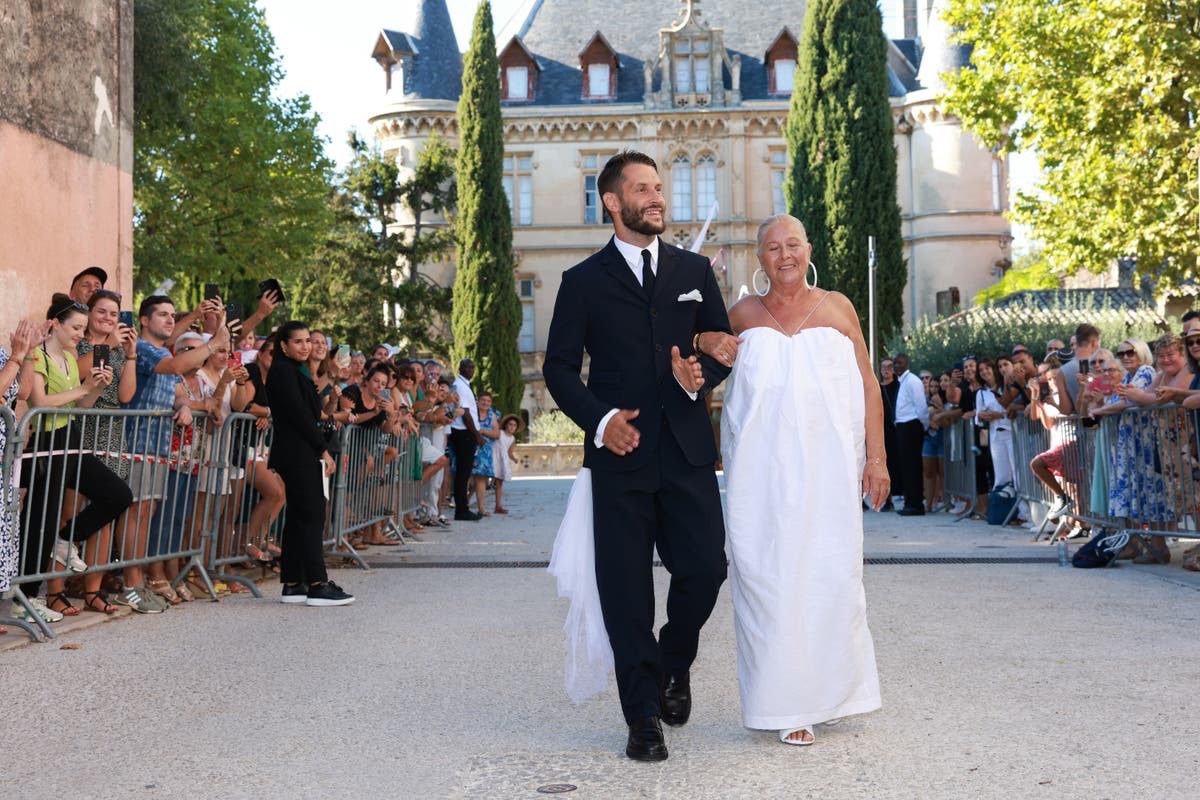 The intimate wedding ceremony, which took place in Charleval, Bouches-du-Rhône, had a short but starry guest list that included a handful of A-list stars, including pop star Dua Lipa, Jeanne Damas, and Amina Muaddi, amongst others. name a few. As the beautiful ceremony took place in the town hall, the post-wedding festivities continued at the Château de Bonneval.

Simon Porte Jacquemus and Marco Maestri: Know About the Couple

The couple has been together since 2018 and got engaged last summer. After a whirlwind romance, the pair have finally tied the knot in Charleval, a village in the Bouches-du-Rhône region in Southern France. The location holds special significance as it is nearer to where Simon Porte Jacquemus grew up. The star-studded wedding ceremony was also attended by Amina Muaddi, who was accompanied by her boyfriend Fary. Amina looked stunning as she was seen wearing a white maxi skirt and cropped shirt and carrying one of the French brand’s mini Chiquito bags in a cream color. Take a look at these pictures from the starry wedding, as Dua Lipa has uploaded a few on her Twitter account.

Simon + Marco
🤍 SUMMER OF LOVE 🤍
celebrating the love of these two special people in my life. The most beautiful day, ceremony and obviously the mosttt FUN party (they just know how to do it) pic.twitter.com/d5QweMlvnU

While the pair reportedly started dating from 2018 onwards, it was during his Fall/Winter 2019-2020 show that Simon Porte Jacquemus created a romantic surprise for beau Marco as he dedicated a part of the set to him and, and also, in a way, made their relationship official to the public!

Dua Lipa is known for her one-of-a-kind fashion statement, and like always, she did not fail to impress her fans as she attended designer Simon Porte Jacquemus and businessman Marco Maestri’s big day in Charleval, France.  The 27-year-old songstress wore a classy t chic see-through get-up from Jacquemus’ fall/from the winter 2022 collection that featured a square neckline, a ruched capped sleeve, and a thigh-high slit. 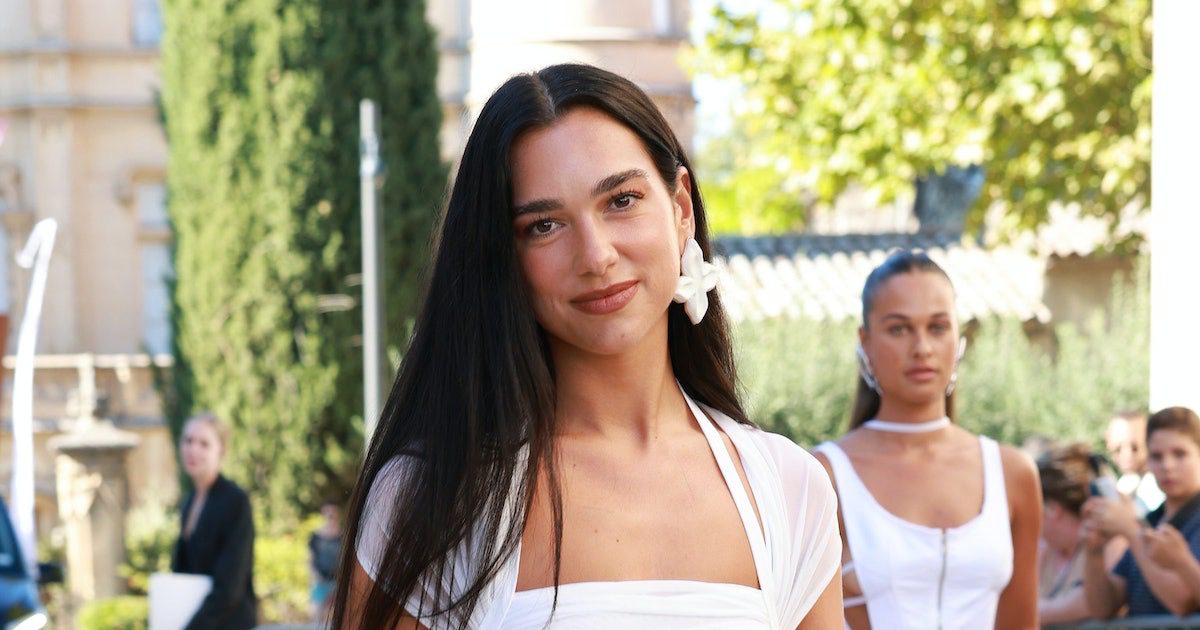 The beautiful design also included an array of dainty, 3-D flowers, which went aptly with her floral statement earrings that cascaded down the front. She further paired the chis creation with a matching white lingerie set and accessorized it with strappy sandal heels and a black purse which was also by the fashion label, of course. Summer of love. Dua later took to social media and posted pictures with a caption that said posted, “Celebrating the love of these two special people in my life.”