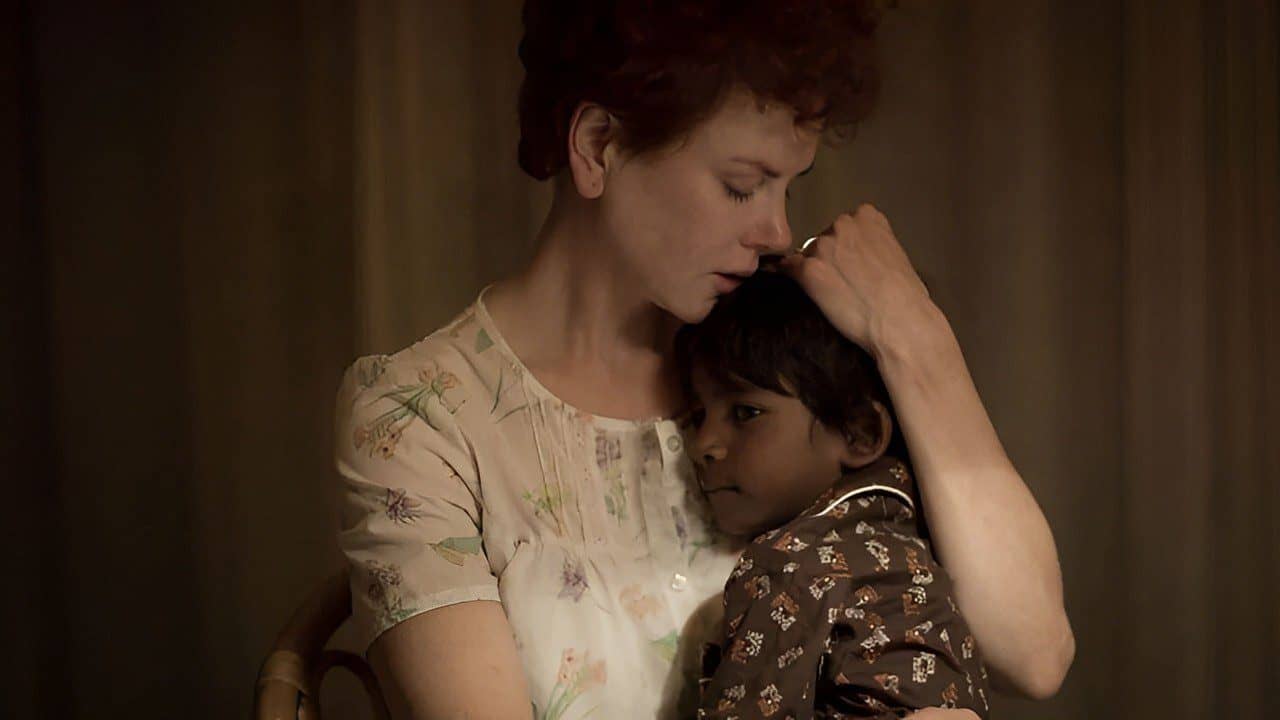 The mother in lion (Credit: Google)

The Lion got adaption to Saroo Brierley’s nonfiction novel of the same name. However, the Lion story comes from actual events. The book tells the story of Saroo’s unintentional separation from his Indian family, his adoption by a couple from Australia, and his subsequent quest for his real family. Kamla’s oldest child is Guddu. Growing up, Saroo glances up at him and aspires to be just like him.

Guddu search for a job at an extremely young age, though he gets detained again for breaking the rules against child labor. He and Kallu frequently leave Khandwa for days at a time. Saroo travels to “Berhampur” with Guddu on the same day they both vanish. Guddu’s exact circumstances are unknown.

There are chances that; he was pushed or just disoriented, but a train smashes him over while Saroo unknowingly takes the train to Calcutta. The dismembered body of Guddu was found on the railroad tracks by officials many weeks later. Saroo suffers from the fact; that he cannot visit his brother’s grave even though he is buried in a cemetery because developers eventually build directly over the graves.

What Happened To Guddu In The Lion?

Saroo asked his mother where his elder brother Guddu was, the sibling he had been with at the railway station 25 years before, soon after being reconnected with his family and his mother. Then, just one month after Saroo vanished, the body of Guddu came to notice, and his mother relayed the news to him. Guddu, who had lost an eye and had had his arm chopped, was found on the railway track. 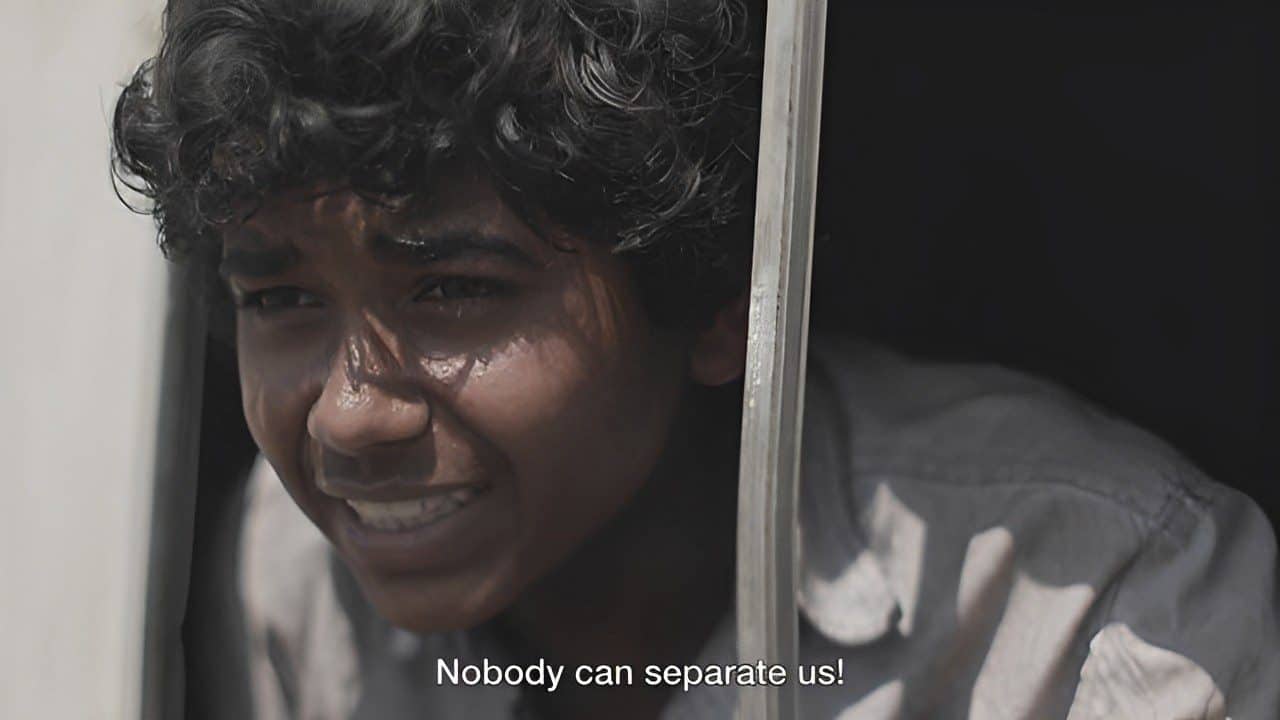 What Happened to Guddu in Lion?

He is said to have passed away the night before he was supposed to return and pick up Saroo, which might assist in explaining why he never did. It’s also conceivable that Guddu went hunting for Saroo after he started to panic; he hopped on the train and had already returned.

Guddu’s mother never learned; the precise reason why Guddu fell off the train. Did he fall off his feet? Did he get pushed? She had suddenly lost two sons. Saroo claimed that the only thing he had of his brother were memories—not images.

In 1986, five-year-old Saroo started his new lifestyle in Khandwa, India, with his mother, older brother Guddu, and younger sister. To get necessities, Guddu and Saroo steal coal from freight trains.

One evening, Saroo begs his brother, who must work overnight, to allow him to join him. Saroo is too exhausted to stay awake when they get to a local railway station after Guddu initially resists but then gives in. Saroo is seated on a bench by Guddu, who instructs him to wait until his return. 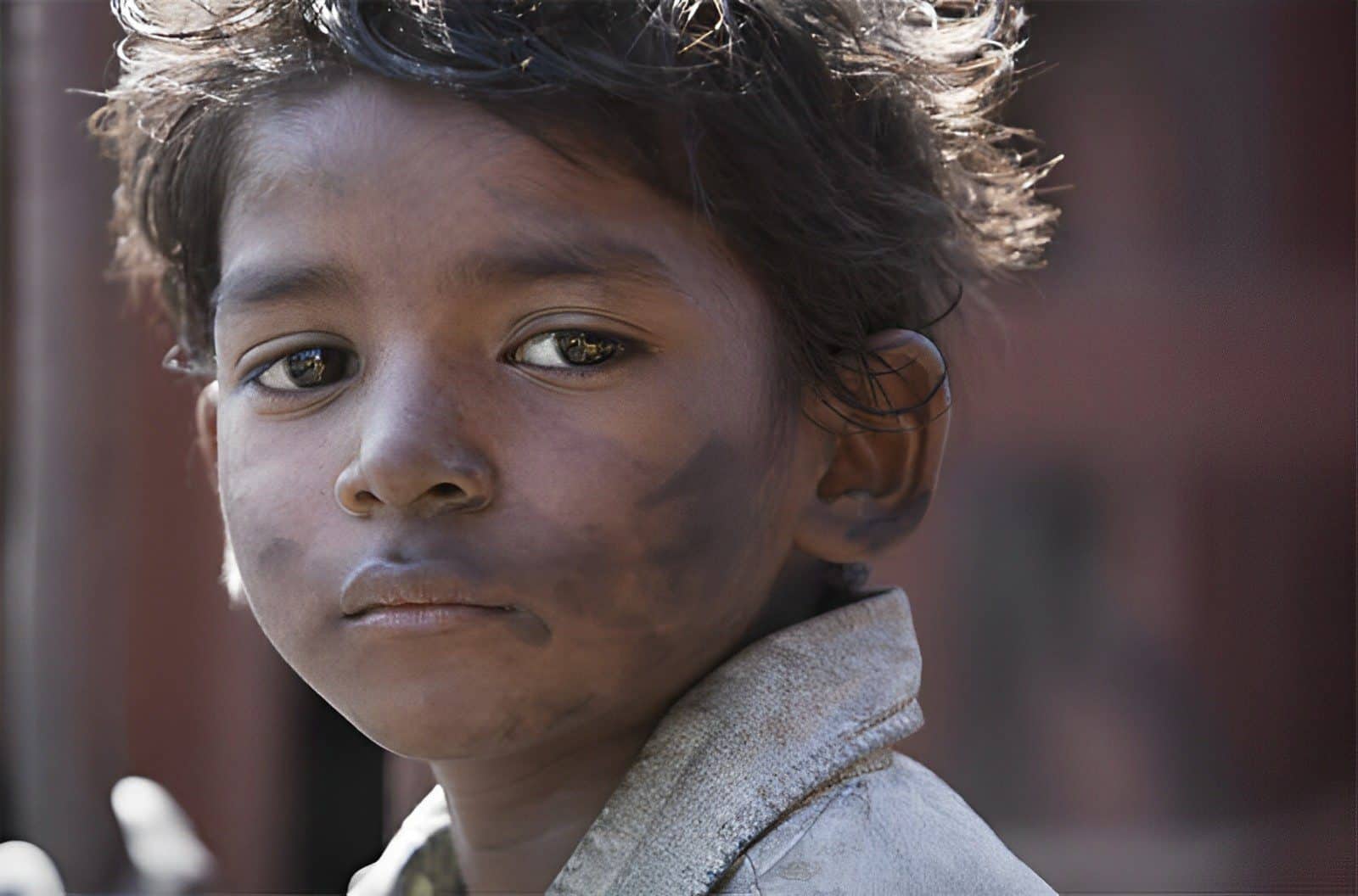 Saroo quickly nods off, and when he awakens, Guddu has vanished. To find Guddu, Saroo boards an empty train and explores the station. In one of the cabins there, he passes out once more.

When he gains consciousness, he releases that the train is moving. And the doors of the train were closed. After several days, the train reaches distant Calcutta, where 5-year-old Saroo is unable to communicate in Bengali.

He approaches a ticket window to buy a ticket home. Though, the clerk does not recognize the name of his hamlet, “Ganestalay,” as Saroo had stated. He stays the night at the station with several homeless kids, but when some guys try to abduct them, he is awakened and made to flee. 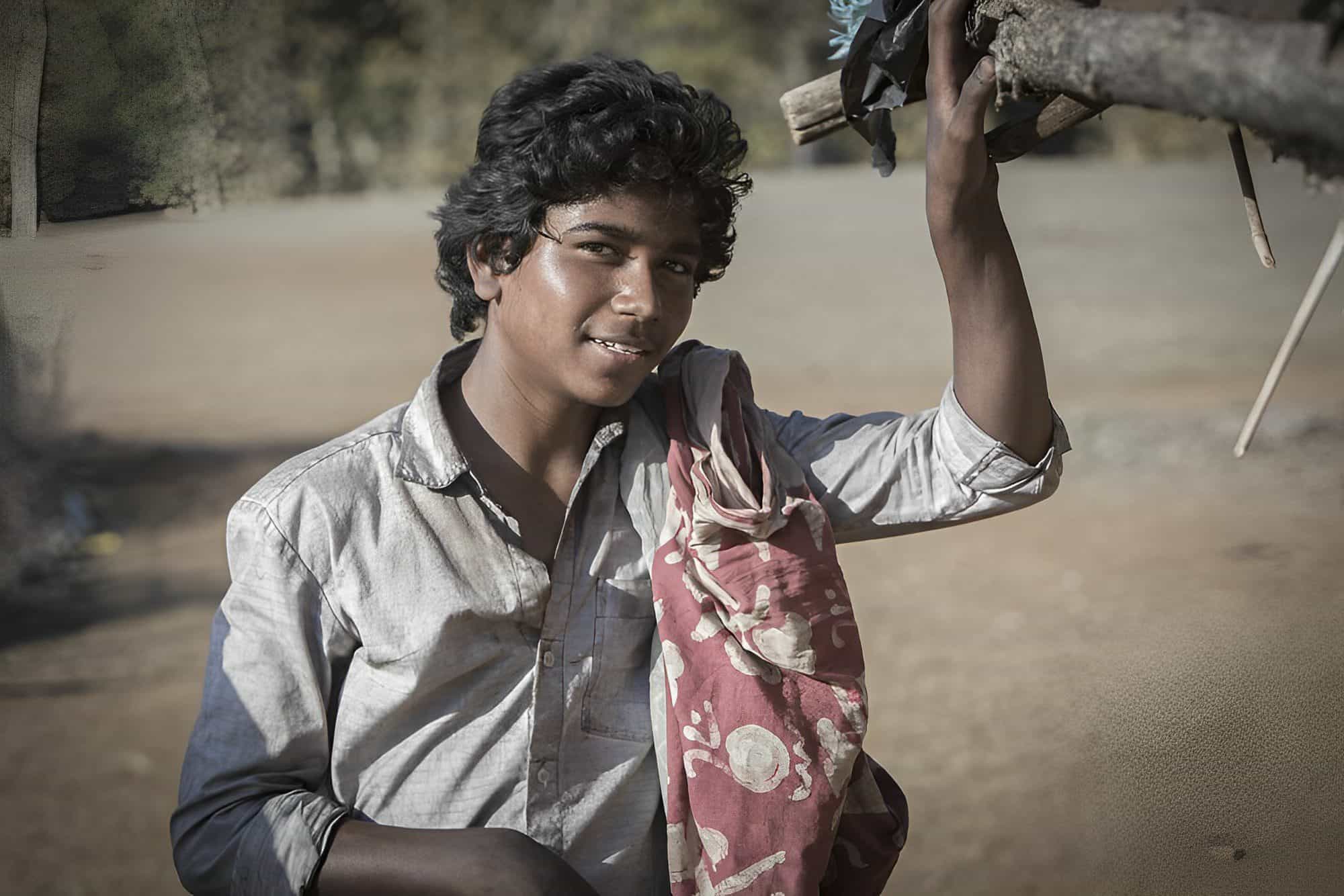 Saroo continues to tour the city until he encounters Noor, a lady who seems amiable and invites him over to her place. She informs Saroo that Rama may assist him in returning home. However, when Noor follows after him, Saroo flees because he believes Rama and Noor have evil intentions.

After residing close to the Howrah Bridge for two months, a young guy brings Saroo to the police. They placed him in an orphanage since they couldn’t find his relatives. As three months pass, Saroo meets Mrs. Sood, who informs him that despite telecasting advertisements about him in many neighborhood publications. However, no one has reacted.

She continues by disclosing to him that an Australian couple is considering adopting him. In 1987, Saroo went on his new journey in Hobart, Tasmania. Sue and John Brierley looked after him. As; he gradually adapted to the new lifestyle. She starts by teaching him the fundamentals of English. A year later, they adopt Mantosh, another youngster who struggles to fit in and experiences wrath and self-harm.

Also Read:  Why Did Tony Patrico Get Fired From The Rizzuto Show?

After 20 years, Saroo is a young guy who relocates to Melbourne to pursue a career in hotel management. He begins dating an American student named Lucy. Saroo discovers jalebi as a treat from his youth; while eating with some Indian friends at their house.

When Saroo admits that he does not belong to Calcutta; and has been wandering for more than twenty years, his pals advise him to utilize Google Earth to look for his native India. 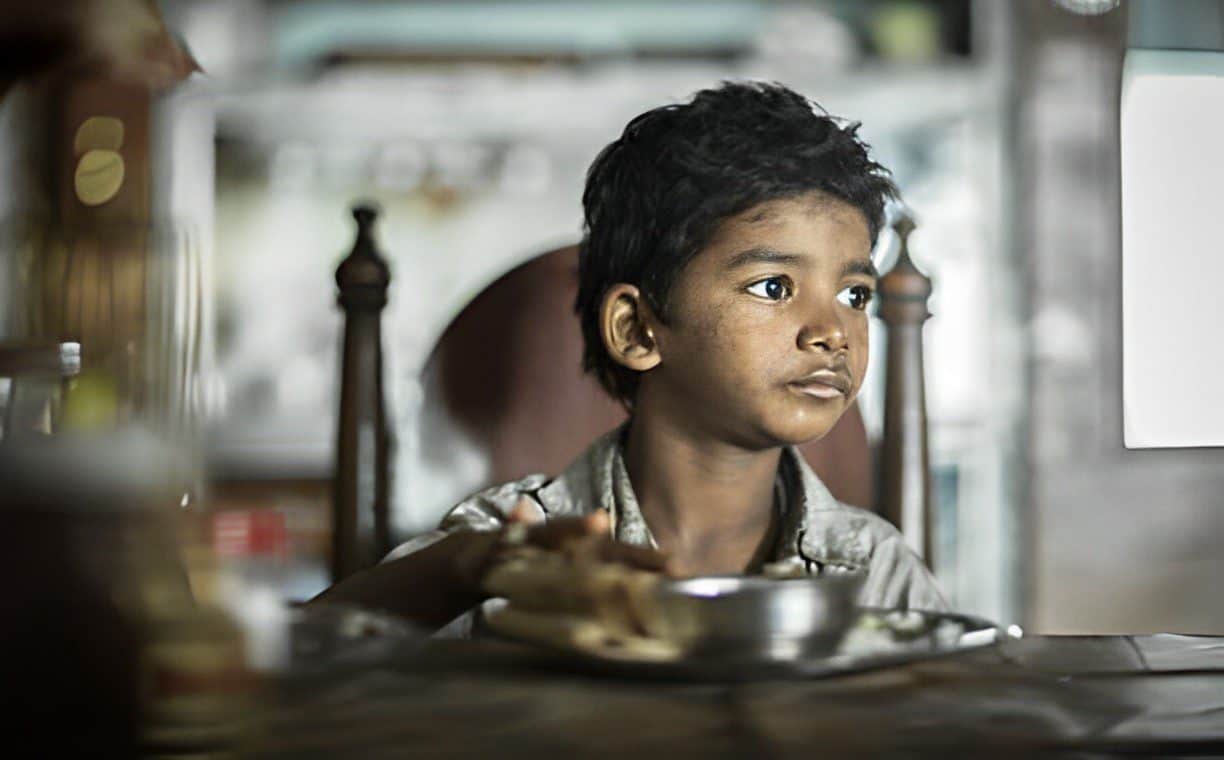 Saroo starts his quest but gradually distances himself from Lucy and his family as he becomes overcome by the feelings his family may have experienced while he was absent. First, Saroo comes across his adoptive mother, whose health is failing.

Then, he discovers that she is not infertile but; went for adoption to aid those in need since she felt there were already too many people on the planet. Following their reconciliation, Saroo spends a lot of time unsuccessfully looking for his hometown.

He discovers his neighborhood of Ganesh Talai in the Khandwa district after stumbling over the geological formations where his mother worked one evening while perusing Google Earth. He finally informs his adoptive mother of his search, and she is wholly supportive. 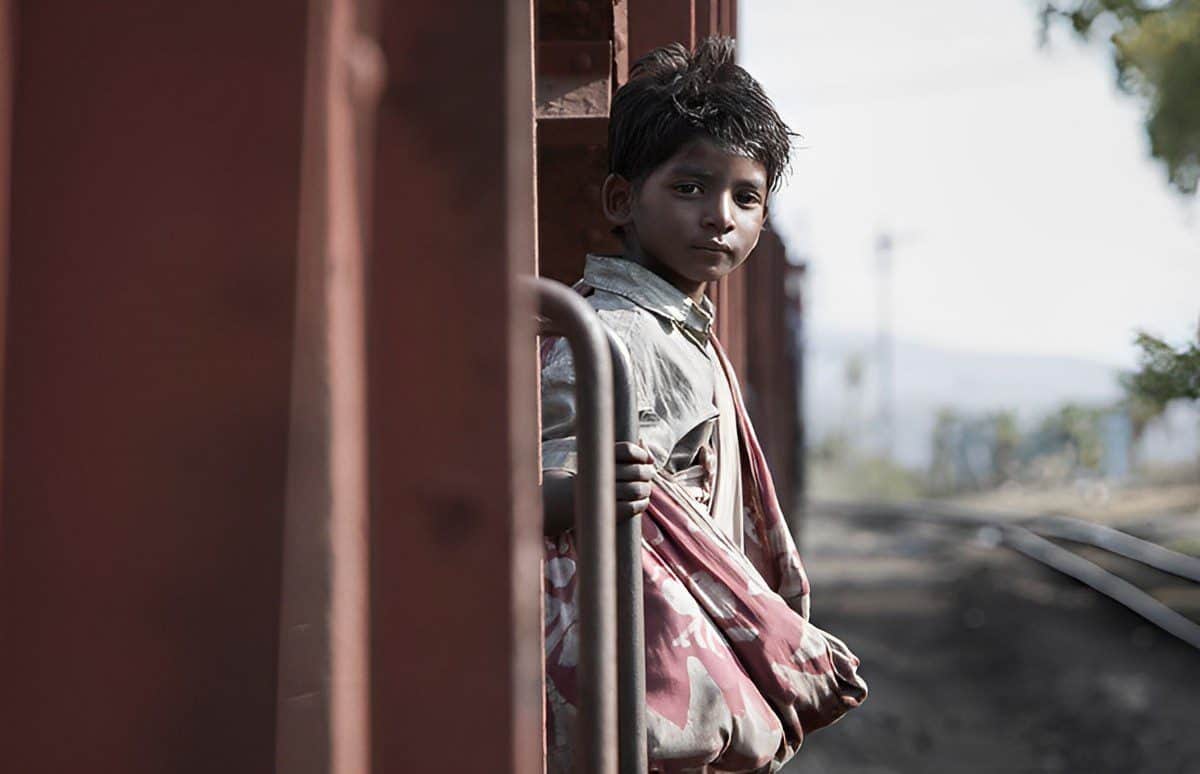 When Saroo returns to his homeland, he has a touching reunion with his original mother and sister with the assistance of a local English speaker. He also finds out what happened to his brother Guddu, who was murdered the night before his separation when he got struck while approaching the train.

However, the mother of Saroo never lost faith in her missing son’s eventual return and refused to leave the area. In February 2012, the real Saroo returned to India, according to captions at the movie’s conclusion.

There are pictures of the actual Australian family and a video of Saroo presenting Sue to his birth mother in India, who is incredibly grateful for Sue’s devotion to her son. Later, Saroo discovered that he had been pronouncing his name wrong, as his name was Sheru, which means “lion,” for all those years.

Also Read: What Happened To Dane Cook? Reason Behind Him Falling Out Of The Spotlight

How did Saroo Brierley become separated from his family?

Saroo, then five years old, went to the neighboring train station one evening with his brother Guddu to search for loose change on the floor and in the train compartments. They got on a train, and it took them roughly two hours to get to Berhampur.

It was the last time Saroo would ever see his brother. Saroo appeared washed out when he got off at that station, so his brother suggested he take a nap on a bench and offered to pick him up soon. Saroo did not even see his brother when he awoke at the station. 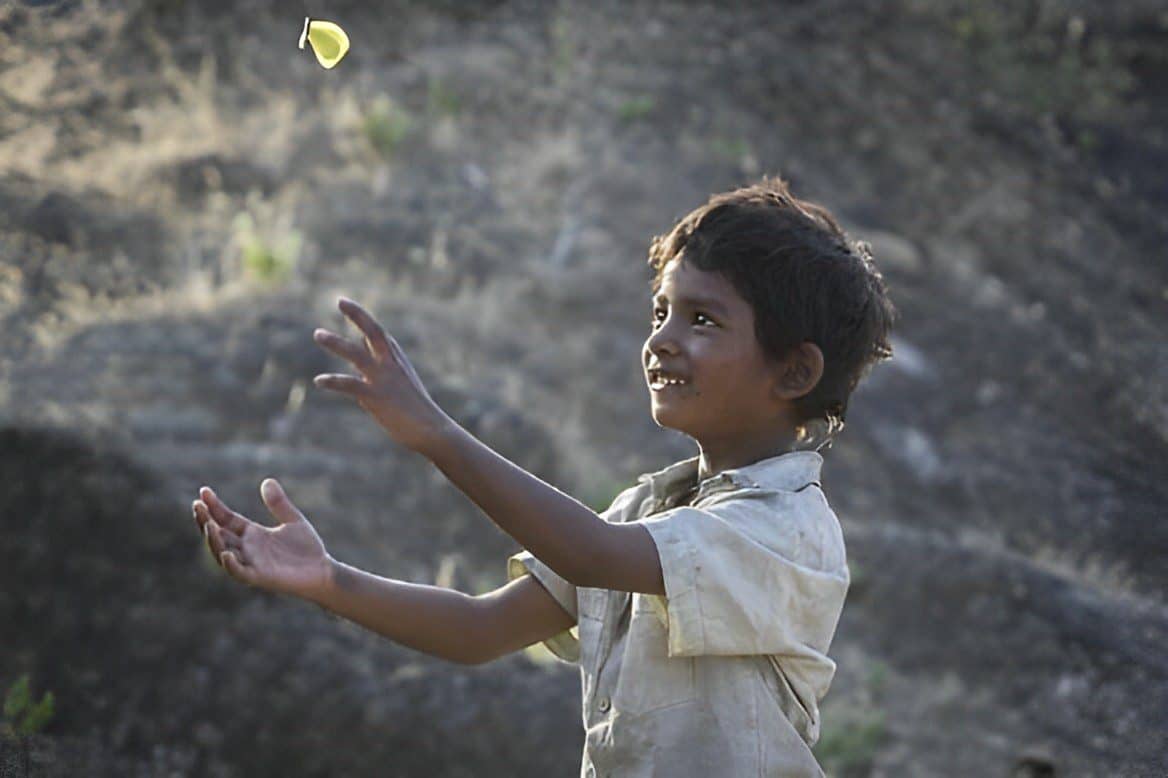 A long way to his hometown

Because he thought Guddu must be on the train, he jumped on it in fear. In an interview, Saroo claimed that Guddu was untraceable. In addition, he admitted that he had hoped to be on the train but wasn’t. Saroo was still determining the train’s destination.

He slept erratically after that. When he awoke, he was all by himself and had no memory of what was outside the train window. In an interview, he claimed that all he did was sob continuously while calling out for his brother, who was never present. It was incredibly intimidating and frightening.