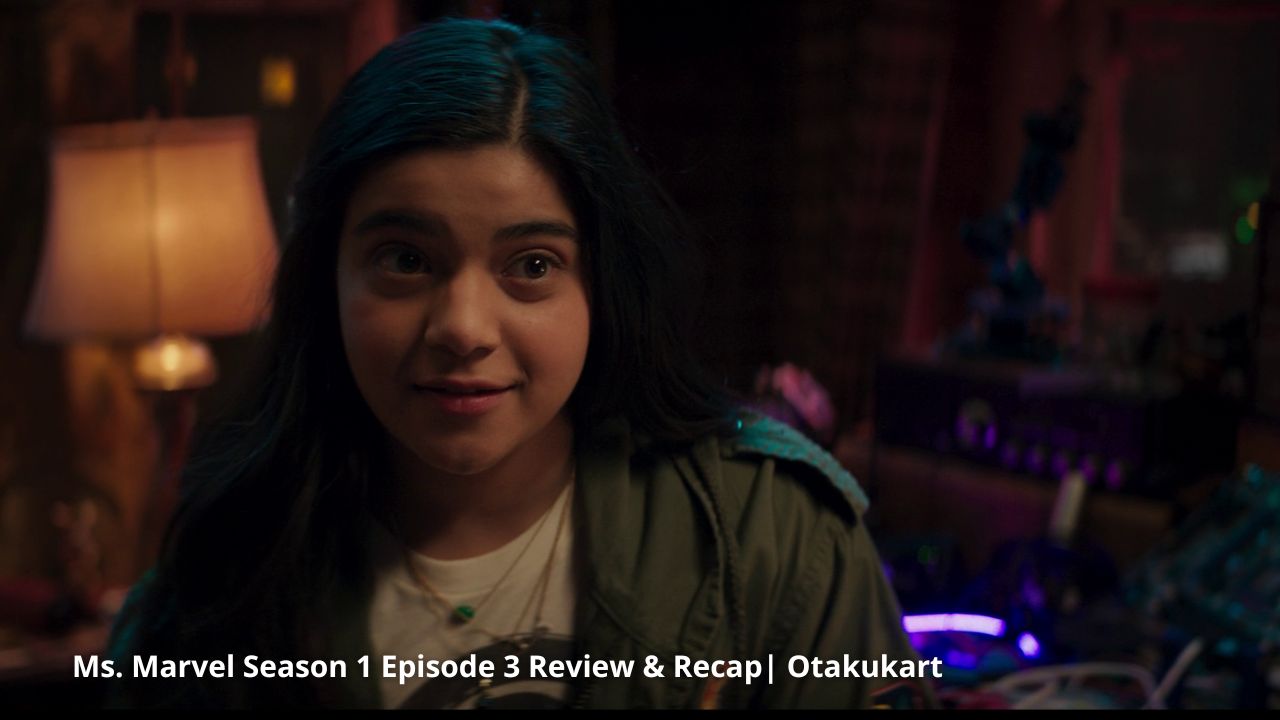 Ms. Marvel Season 1 Episode 3 dives deep into the history of Kamala’s powers and where they come from. Last time on the show, Kamala spent time trying to understand the same. At the same time, she trained herself to perfect these newly attained powers. Kamala’s dream of being a superhero came true as she tried to rescue a child. But this was followed by a number of problems as well.

At this point, Kamala came to realize that this bangle may grant her superpowers but also brings troubles. The Damage Control followed her until her high-school crush Kamran came to her rescue at the right time. On top of that, Kamran’s mother finally met Kamala, and she might be the one who has answers to Kamala’s questions about the bangle.

Ms. Marvel Season 1 Episode 3 opens up with Kamala learning about her great-grandmother Aisha’s history. She meets her friends who accompanied her during the time they retrieved one of these bangles before the Britishers could catch them back in India. Fast forward to today, Aisha’s accomplices, including Kamran’s mother, are of the same age because they are beings of another dimension.

Najma, Kamran’s mother, introduces themselves as beings called the Clandestines. Basically, they are Djinns. That makes Kamala a Djinn, too, as her great-grandmother was a Djinn as well. Najma wants Kamala to help them return to their dimension with the help of her bangle.

While Kamala tries to digest all this about herself, the Damage Control continues to make its moves. They believed the local mosque knew something about the vigilante who tried to save the boy last night. Kamala seeks help from Bruno, who begins studying Djinns but at the same time wants Kamala to be away from all this. He believes the bangle can set off something dangerous.

Anyway, Kamala keeps this aside and gets ready for her brother’s marriage as celebrations are in the air. She continues to be in touch with Kamran, and Kamran assures her that she can take her time and focus on the wedding. But Kamran’s mother and her companions had other plans.

Najma wanted to force her way out to take help from Kamala. This saw them crashing Kamala’s brother’s wedding. Kamran gave Kamala a headstart, and she used it to trigger a fire alarm. Then she tried fighting off Najma and her companions but failed. Najma eventually got hold of Kamala’s bangle, and they saw a train to Karachi in front of their eyes.

In no time, Damage Control came to the scene and arrested Najma and her accomplices. Kamala, on her side, escaped sneakily along with Bruno. Nakia saw Kamala using her powers and was disappointed she kept this away from her. But Kamala had bigger things to worry about. She left Bruno in her care and ran towards her home.

Kamala’s parents questioned her about being with the bad guys that got arrested. Kamala decided to keep it secret, but her Nani knew it all. She called Kamala right from Karachi and revealed that she saw the train too and now wants Kamala to come to Karachi.

Ms. Marvel Season 1 Episode 3 finally explores the origins of Kamala’s powers and actually kickstarts the show. So far, we were getting to know Kamala, her culture, her friends, and her teenage life with little shades of her being a superhero. Now it all comes together with an introduction of a new race to the Marvel Cinematic Universe.

Initially, we believed Najma and these Clandestines would be a real help for Kamala to understand her powers. But the show comes to the quick development of these characters as they turn out to be the actual villains. Plus, the villains who we thought were going to Damage Control came to Kamala’s aid.

Apart from that, Ms. Marvel further, much like in previous episodes, continued to spend some time exploring Kamala’s family culture. The same may continue to be a staple throughout the series as it levels up with Kamala visiting Karachi next episode. Much like how Moon Knight shifted to Egypt after two episodes.

Talking about the real help and the Tony Stark figure for Kamala. That might come in the form of her Nani. But that doesn’t mean it will stop Najma and the Djinns. We wonder if they will break from the prison to chase Kamala. But at the same time, the Damage Control, as seen in the third episode, seems to be a big deal this time. They may come across as a tough friend or enemy.