With the show airing its first season right now, fans are curious about how to watch Teen Mom: The Next Chapter episodes online. Well, here we have packed all the information for you guys. As the title already suggests, we see the women who got pregnant and gave birth early in their lives, mostly in their teenage years. These women have previously appeared on the other shows of the franchise, such as Teen Mom OG and Teen Mom 2.

With each episode, we witness the women moving forward with their lives even after having a kid and navigating motherhood, as well as the problems that come with the same. They also have to settle in with their families or take support from other people, and it is just insightful to see women leading a life that is so different from ours.

The show shows us “The Next Chapter” of these women’s lives, where they have moved much farther in their careers and relationships and are finally ready to take things to the next level and move into a new phase of their lives. It is also refreshing to see some drama that we obviously expect from reality TV and how the characters try to deal with certain levels of stuff and situations. The kids are always the cherry on top. They provide us with a top-notch level of humor and cuteness. 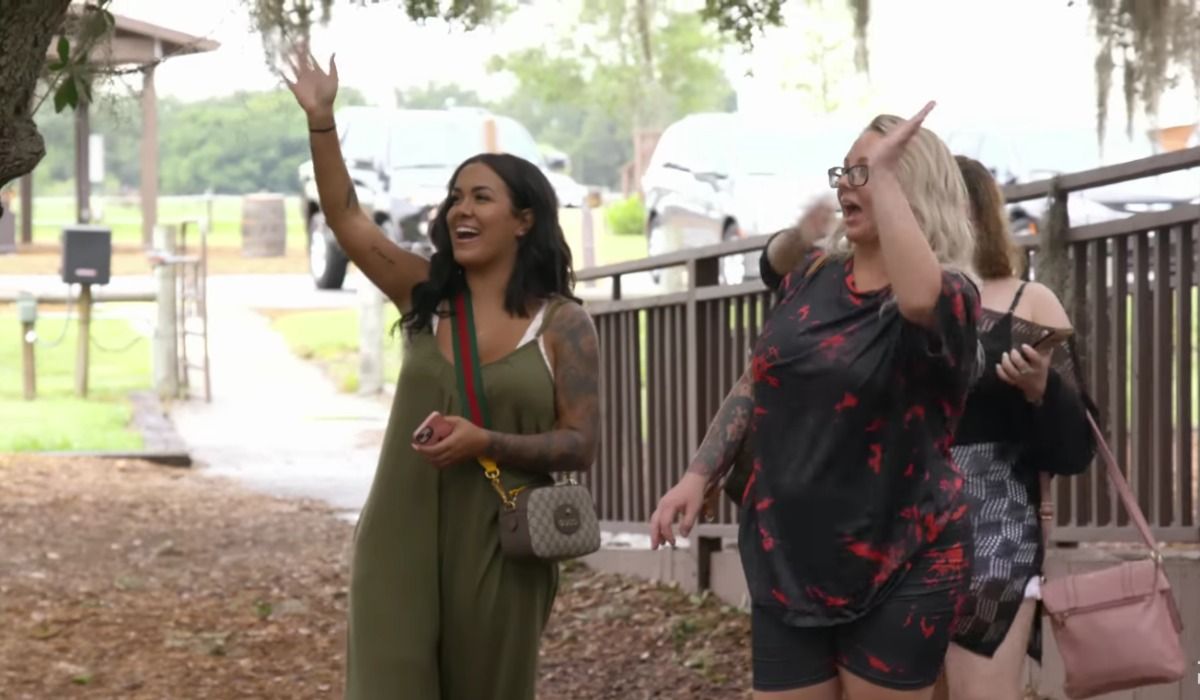 A still from Teen Mom: The Next Chapter

How to Watch Teen Mom: The Next Chapter?

Teen Mom: The Next Chapter airs on MTV at 8 PM Eastern Time. New episodes air live on the channel every week on Tuesdays. Fans will be able to stream the episodes online later as well. This can be done through the official website of the channels. Although, the login credentials are much needed here at the time you log inside the page.

Other options include watching or streaming the episode live through platforms such as Fubo TV or DirecTV. DirecTV costs about 69.99 dollars a month. Although a bit on the costly side, it gives access to almost all the American TV Channels as they can be watched live and later streamed as well.

This is a great option for all the people who love watching shows but forget to catch them live because of a busy schedule. Last but not least, the method of watching through demand still stands. Fans will be able to watch the series by either renting or buying from platforms such as Amazon Prime Video or Apple iTunes.

Teen Mom: The Next Chapter Recap

Back in Teen Mom: The Next Chapter Episode 9, titled You Guys Mated, we saw that the episode throws light on the events of Uvalde. The shootings have obviously shaken the nation, and thus, Maci decides to talk with her kids about the dangers of gun violence. At the same time, we see that Leah is more than ready to get pregnant around this time.

As for Ashley, Bar, and Holly, they have decided to move to Nevada and start a new life. Catelynn has put up Carly for adoption, and obviously, this is a huge shocker to Nova. She has to explain the reason why she did this in the first place. In Teen Mom: The Next Chapter, episode 10, titled Co-parenting Rocks, we see that Tyler is taking care of all the kids at home.

It is because Catelynn has been hospitalized and needs help back home. Briana finally takes the reins into her own hands and decides to move out of her mother’s house. Amber has come back home but cannot begin to fathom the condition which is left of her house. Andrew has left her home, but the condition is just awful, and this shocks her. By the end of the episode, we see that Kloie is returning to school, and Jade is taking an emotional run off the moment.