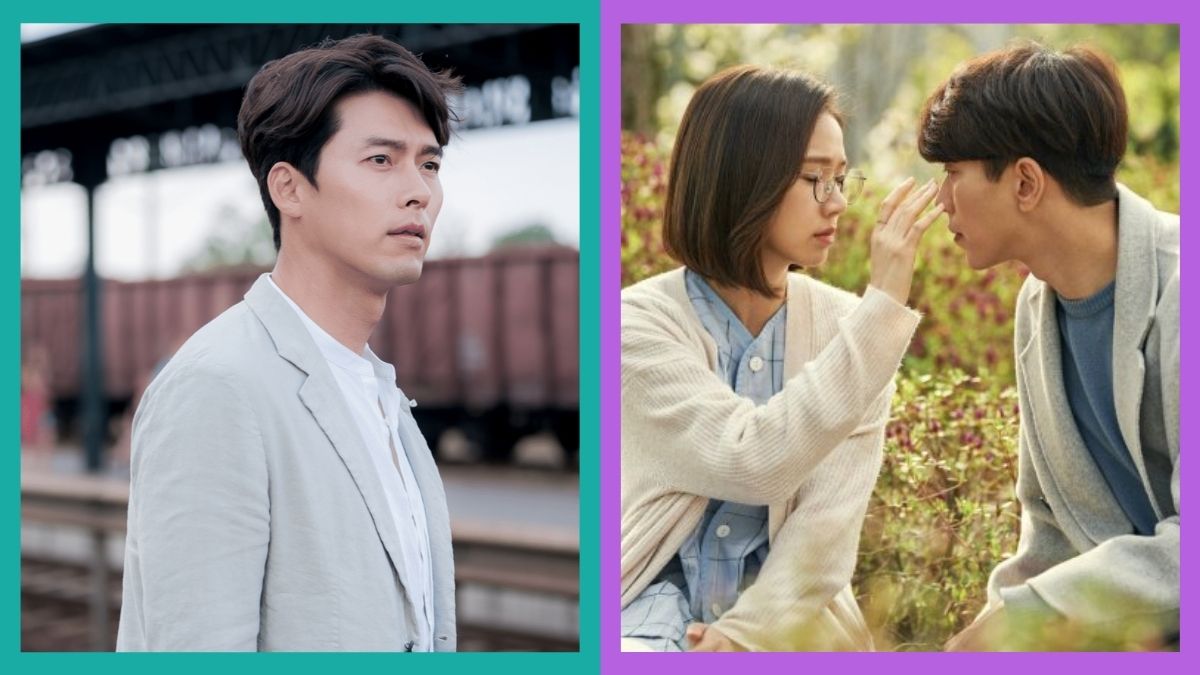 Here Are Some Sci-Fi-K-dramas To Watch On Netflix

The world of k-drama is filled with so many genres that one can never get tired of it. And with the availability of the OTT platforms, watching k-dramas online has become a lot easier. Jumping into the sea of k-dramas, the genre of sci-fi k-dramas has a lot of gems. Some were way too popular, while some went under the radar of the fans. There exists a large collection of sci-fi k-dramas to watch on Netflix and other streaming platforms like Viki, iQIYI, SBS Worlds, and a lot more. But the issue of regions always comes in.

But the sci-fi k-dramas to watch on Netflix are available almost everywhere as the originals. From having an amazing star cast to covering everything from thriller to romance, these sci-fi k-dramas have everything. Meet the cast, get to know the plot, and if the k-drama is worth the watch.

Here Are Some of The Best Sci-Fi K-dramas To Watch on Netflix!

The 2021 k-drama “Sisyphus: The Myth” is one of the sci-fi k-dramas that tell a thrilling tale of time travel and romance. “Sisyphus: The Myth” has an amazing star cast along with a very intriguing storyline. In fact, it was one of the most anticipated k-dramas of the year 2021. The k-drama stars “Life” fame Jo Seung Woo, “The Heirs” fame Park Shin Hye, “Doctor Prisoner” fame Kim Byung Chul, and “Reply 1988” fame Sung Dong Il as the main leads. “Sisyphus: The Myth” follows Han Tae Sul, co-founder of the world-class engineering company ‘Quantum and Time’ and Kang Seo Hee, a survivor of a future dystopian world. 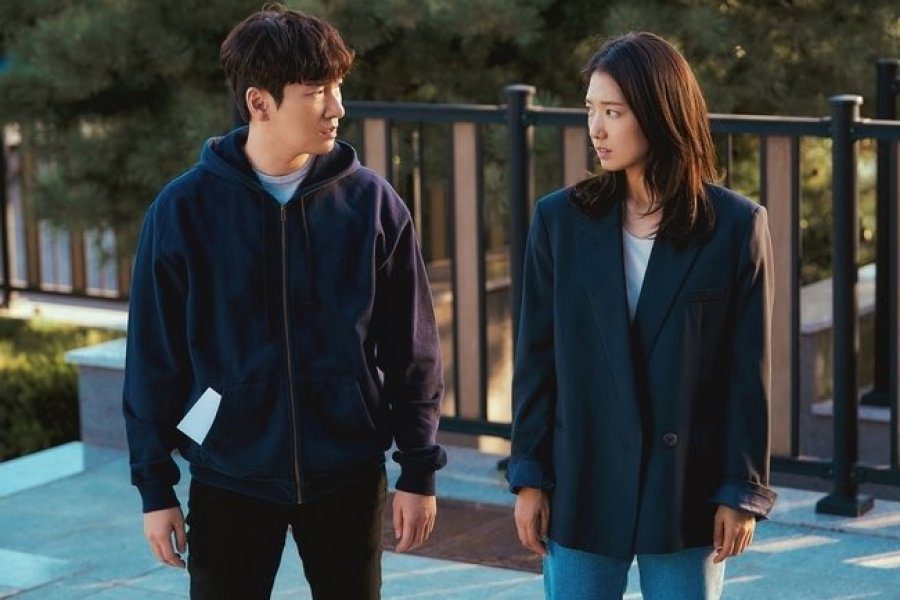 Here Are Some Sci-Fi K-dramas To Watch On Netflix: A still from “Sisyphus: The Myth”

She comes back from the future looking for him. On the outside, Han Tae Sul has brilliant coding skills, and his company has become “The Miracle of South Korea’s Engineering Industry”. But on the inside, the company’s stocks have been fluctuating since his brother’s death ten years ago. In the future, Seo Hee lives amongst the gangsters and warlords. As she sees Tae Sul in the past heading on a dangerous journey to find the truth, she decides to travel back in the timeline to save him and the world from the nuclear war threatening to happen in the world. With each episode having a runtime of 70 minutes, Sisyphus: The Myth has a total of 16 episodes.

The 2016 MBC k-drama “W – Two Worlds Apart” is one of the best sci-fi k-dramas to watch on Netflix. The k-drama tells the tale of romance between a doctor and a comic book character. The story is filled with love, thrill, suspense, and a lot of emotions. “W – Two Worlds Apart” stars “Romance is a Bonus Book” fame Lee Jong Suk, “Happiness” fame Han Hyo Joo, “Taxi Driver” fame Kim Eui Sung, “What’s Wrong with Secretary Kim” fame Lee Tae Hwan, and “Remarriage and Desires” fame Jung Eugene as the main leads. The story follows the two alternate worlds, i.e., the real world and the one in the comic book. 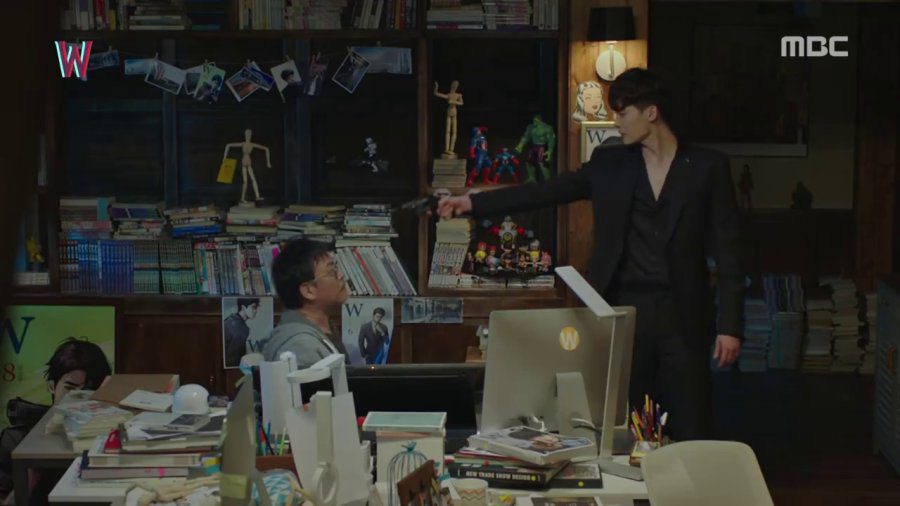 Here Are Some Sci-Fi K-dramas To Watch On Netflix: A still from “W – Two Worlds Apart”.

One night, cartoonist Oh Sung Moo goes missing after releasing the final chapter of his webtoon “W”. Unable to reach him, when his daughter Oh Yeon Joo goes to see him in his office, she gets pulled in through the tablet. Entering the scene, the webtoon was ending, and Yeon Joo ends up saving Kang Cheol, the hero of “W”. It Turns out that the two have been connected through each other’s feelings, and Oh Yeon Joo and Kang Cheol are meant to end the story together in the animated world. With each episode having a runtime of 60 minutes, “W – Two Worlds Apart” has a total of 16 episodes.

Releasing at the end of 2021, “The Silent Sea” became one of the most anticipated k-dramas because of its star cast. It has sci-fi, thrill, and apocalypse. It is one of the best sci-fi k-dramas to watch on Netflix. The k-drama is based on the 2014 movie “The Sea of Tranquility”. The k-drama stars “The Coffee Prince” fame Gong Yoo, “I Want To Keep Seeing You” fae Bae Doo Na, and “Heard it Through the Grapevine” fame Lee Joon as the main cast. The story is set in the future when there’s nothing left on the planet. 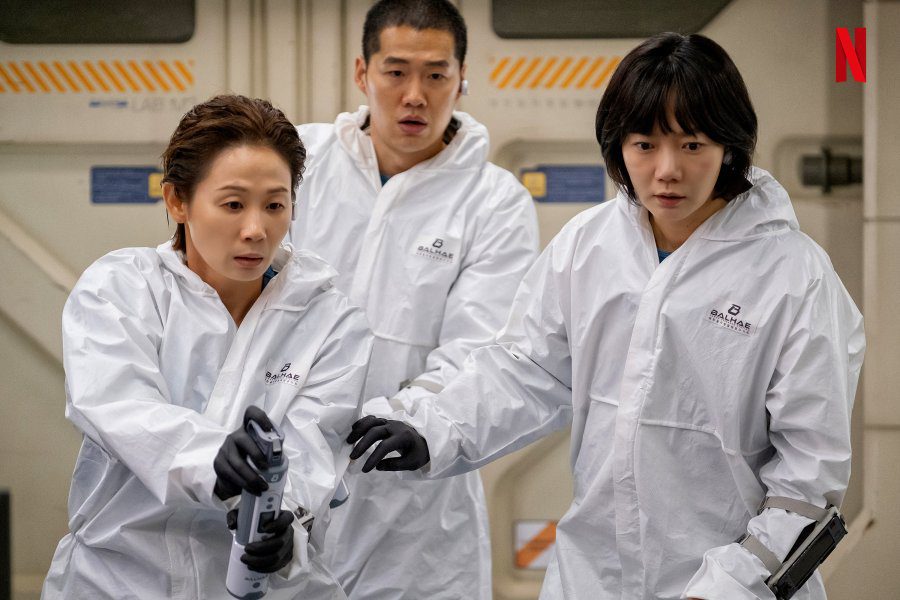 Here Are Some Sci-Fi K-dramas To Watch On Netflix: A still from “The Silent Sea”.

That is when Yoon Jae, a soldier for the space agency, is selected for a new mission alongside Ji An to travel to the moon. With the scientist joining the crew, a team of 11 soldiers heads to recover mysterious samples from an abandoned lunar space station. The station holds the secret about the accident that happened five years ago that killed everyone, including Ji An’s sister. With each episode having a runtime of 50 minutes, “The Silent Sea” has a total of 8 episodes.

The 2020 k-drama “My Holo Love” is another sci-fi k-drama to watch on Netflix. The sci-fi k-drama tells a story of cute romance. The k-drama stars “Tunne;” fame Yoon Hyun Min and “My Beautiful Bride” fame Go Sung Hee as the main cast members. Also known as “Me Alone and You,” “My Holo Love” follows the story of Han So Yeon, a lonely woman, as she meets the artificially intelligent “Holo”. She works as an assistant manager at a glasses company. Being an all-rounder, she takes care of everything, from marketing to logistics and clients. 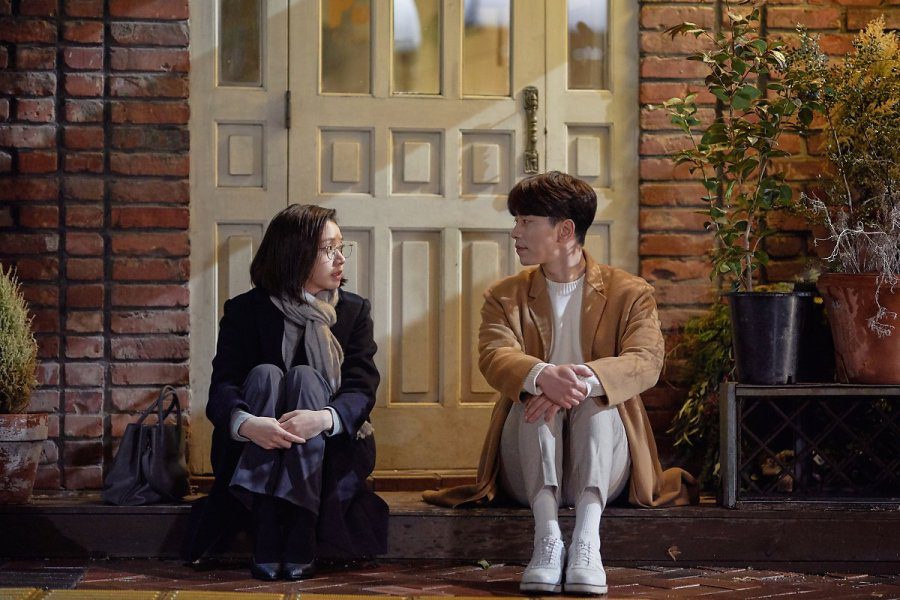 Here Are Some Sci-Fi K-dramas To Watch On Netflix: A still from ” My Holo Love”.

But giving all her time to work, she doesn’t have anything left for herself. She also suffers from prosopagnosia, i.e., the inability to recognize faces. On the other side, there’s Go Nan Do, the owner of an IT research company. Known to be a hacker, he’s supposed to be dead ten years ago. But is alive and healthy and is living a life in secrecy as an inventor. As a holo enters So Yeon’s life, things begin to change. “My Holo Love” has received a lot of positive reviews from the viewers.

Also Read: B.I.G Members: Find Out Who Are The Members Of The 3rd Generation K-pop Group!

Bonus: I’m Not A Robot

The 2017 k-drama “I’m Not A Robot” is not really a sci-fi k-drama but has a robot cosplay in it. Filled with romance, the sci-fi k-drama gives a look at something we might be getting in the future. The k-drama stars “The Emperor: Owner of the Mask” fame Yoo Seung Hoo, “A Piece of Your Mind” fame Chae Soo Bin, and “Penthouse: The War In Life Trilogy” fame Um Ki Joon. Upon its release, the k-drama quickly took over fans’ hearts. The story of “I’m Not A Robot” follows Kim Min Kyu, the largest shareholder of a financial company. He suffers from something called a “human allergy” and can’t have normal interactions with other people. 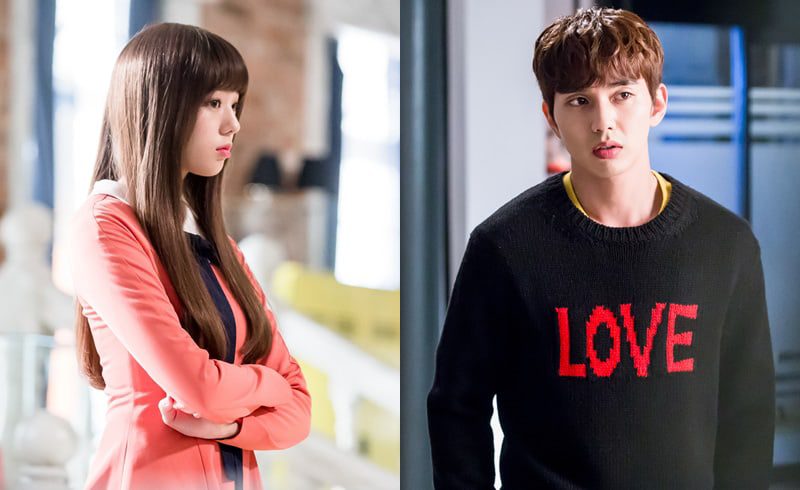 Here Are Some Sci-Fi K-dramas To Watch On Netflix: A still from “I’m Not A Robot”

When he comes across Aji-3, a robot made by Santa Maria robotic team, he immediately gets interested in it. All set to buy Aji-3, the robot malfunctions in the final moment. To not let his hard work go waste or lose his funding, Aji-3’s inventor Hong Baek Gyun begs his girlfriend Jo Ji Ah to take the place of Aji-3, asking her to pretend to be the robot. Following the plan, Ji Ah becomes the only person to be close with Kim Min Kyu.

Also Read: All K-Dramas To Watch on Rakuten Viki: The Winter-Spring 2022 Recap