With the series dropping its new season very soon, fans are desperate to know how to watch The Handmaid’s Tale Season 5. The series is created by Bruce Miller and throws light on a bunch of handmaids who are living in American society after the second American Civil War. Due to the various sexually transmitted diseases and environmental pollution, the rate of childbirth has decreased a lot. This gave birth to a new practice among the elite society of selling fertile women into slavery where they are required to give birth.

As these women are sold, the master of this elite family rapes her in the presence of his lawfully wedded wife and this is called the ceremony. Now, after these handmaids have given birth to the child, they can either be kept for having more children or be sold again. The story of this show is based on the book of the same name. It was written by Margaret Atwood and clearly showcases the problems that were faced by women living during those times.

The story in this series is told from the perspective of June Osborne. She used to be a handmaid which was assigned to the home of Fred Waterford as well as his wife Serena Joy. This family forms a very powerful political group in America called the Gilead. Before she was sold as a slave, June actually had a very decent family. She was married to a man named Luke and together they had a daughter named Hannah. 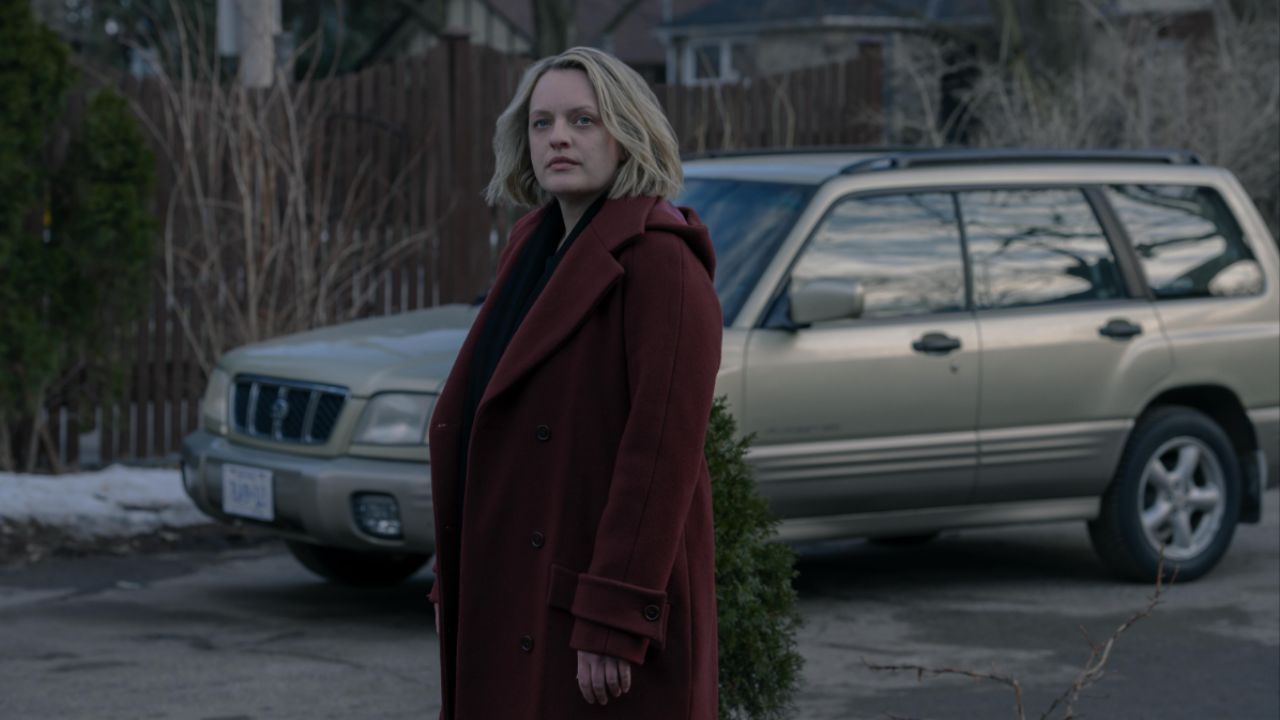 A still of June from The Handmaid’s Tale Season 5

Most of the story till now has revolved around how June wishes to be reunited with her husband and daughter. Luke has actually fled to Canada and now that June is here, with Fred Waterford dead, she can actually look forward to meeting with her family. According to the synopsis provided for the two new episodes of the series which will mark the beginning of season 5, we will witness that June’s journey has not ended yet and she has to endure even more hardships than before.

What I mean to say is, that with Fred Waterford dead, his wife, Serena Joy will try to expand her husband’s work and territory under Gilead in Toronto as well. This will create further problems for June as she is just trying to survive. New episodes of The Handmaid’s Tale Season 5 will release on the 14th of September 2022. Now, if you are wondering about where one can watch these episodes, I have all the information for you guys.

How to Watch The Handmaid’s Tale Season 5

The Handmaid’s Tale Season 5 can be watched on Hulu. New episodes of the series will drop out every week on Wednesdays. The first two episodes will release on the 14th of September 2022 but after this, only single episodes will drop every week. Hulu is a streaming platform that has a variety of subscription plans. Fans can check out the ones which are suitable within their budget. The first plan is 6.99 dollars a month which also shows commercials. It can also be upgraded to an ad-free version of Hulu that is staked at 12.99 dollars a month.

Hulu also provides the fans with a free trial that lasts for 30 days. This feature can be used to the user’s benefit as you can watch The Handmaid’s Tale Season 5 for absolutely free and legally in the United States. The fourth season left us off a cliffhanger where Serena was made aware of Fred’s death through an envelope containing his finger and wedding ring. It would be really interesting to see how June will now escape her wrath and reunite with her family finally.

Also read: How To Watch Not Okay? Streaming Guide Of The 2022 Film