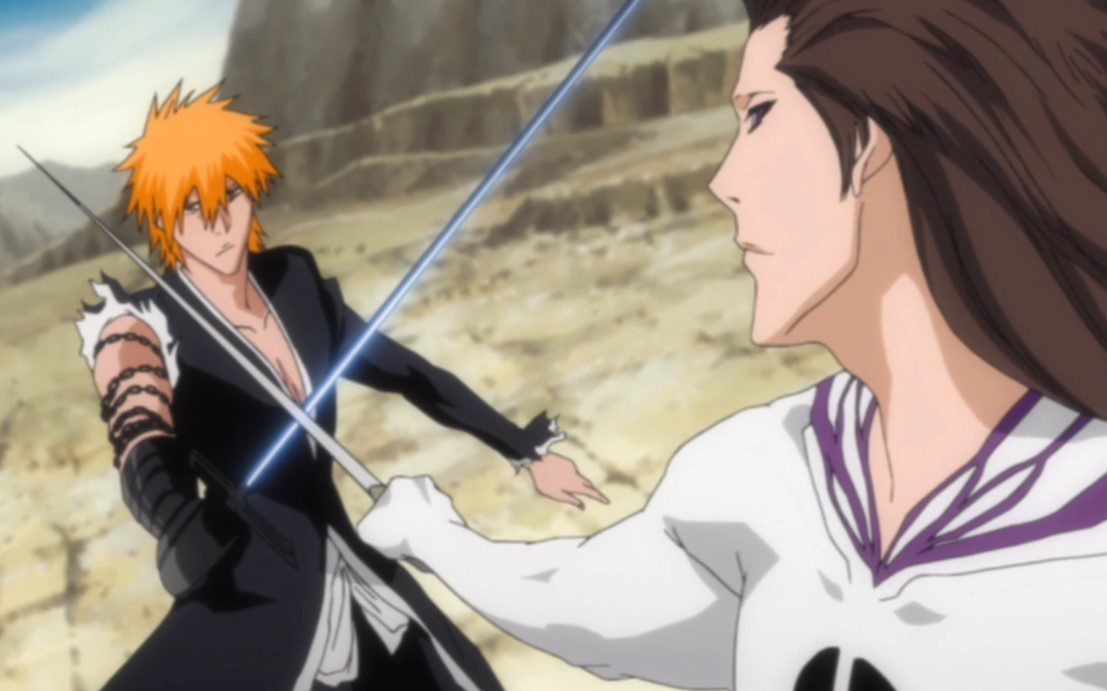 Ichigo vs. Aizen was one of the most anticipated and interesting fights of its time. And now, with Bleach’s final arc anime only a few weeks away, it’s about time for those who have missed the show to familiarise themselves with how things ended in the anime. It has been a while, so you might have already forgotten what episode Ichigo vs. Aizen happen. So we will look into detail about the legendary fight in this anime.

Looking back at times, the anime was ongoing and compacted to what we will get to see soon. There is a huge gap between the animation quality of the 2001 Bleach anime and the upcoming adaptation of the final arc. Nonetheless, for now, we will have to stick to what has been released already while waiting for the final arc of Bleach to make its debut next month.

There have been numerous news and updates surrounding Bleach Thousand Year Blood War Arc, so it seems things will be a bit different for the anime. Even though we know that the manga has long ended. It looks like things will not run as smoothly as they used to back then. This is because the Bleach Thousand Year Blood War Arc anime adaptation will be a split cour arc with four separate parts.

So this could take years to finish, not to mention that there will be breaks in between, so this will make things worse for those who can not wait to see the anime finally adopted. For more updates and news about Bleach Blood War Arc, you can access the full article about it here. We can easily tell that the fight between Ichigo and Aizen is among the greatest fights of Bleach so far. So let’s look at it in more detail.

Also Read: Why Is The Anime Called Bleach? The Real Reason Behind Bleach’s Nomenclature

What Episode Does Ichigo Fight Aizen?

Ichigo confronts Aizen for their final fight in Bleach Episode 292 when an all-out war between Aizen and the Shinigami starts. So Ichigo started by breaking through a Garganta and arrived in the fake Karakura Town where Aizen was. As he appears behind Aizen, he fires an almost point blank range getsuga tensho at Aizen but only to end up hitting a barrier. 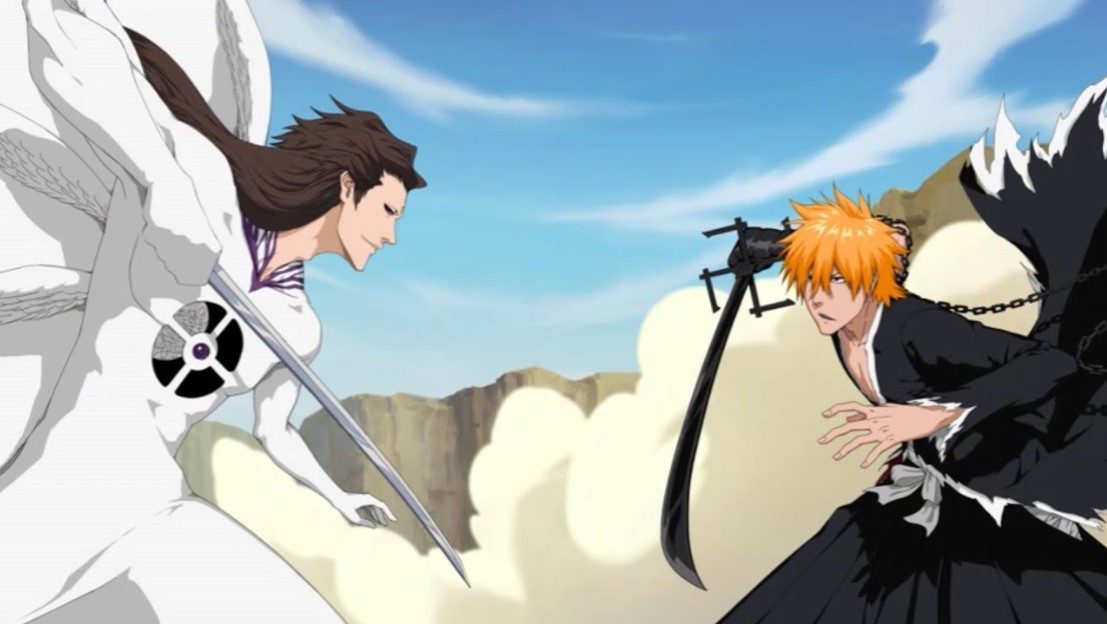 Fully prepared, Aizen greets Ichigo only to tell him that he came into this war fully prepared and has taken any precautionary measures to make sure that he is not ambushed. Aizen then moves to play a mind game with Ichigo and correctly guess what Ichigo was thinking. Aizen’s mind games ended up pushing Ichigo into donning his hollow mask, and as their fight started, Aizen easily demonstrated the power gap between the two of them. So this was one of those moments in the anime where it was clear that the main character was going into a fight that he had no idea whether he would win or not.

Looking at Aizen’s powers, things swayed in his favor quickly, with the Shinigami banding together to make sure they stood a chance against him. A lot of events followed throughout the episodes to come after this one. And with each episode, Aizen continued to demonstrate how he could easily deal with any attacks that the Shinigami could throw at him. 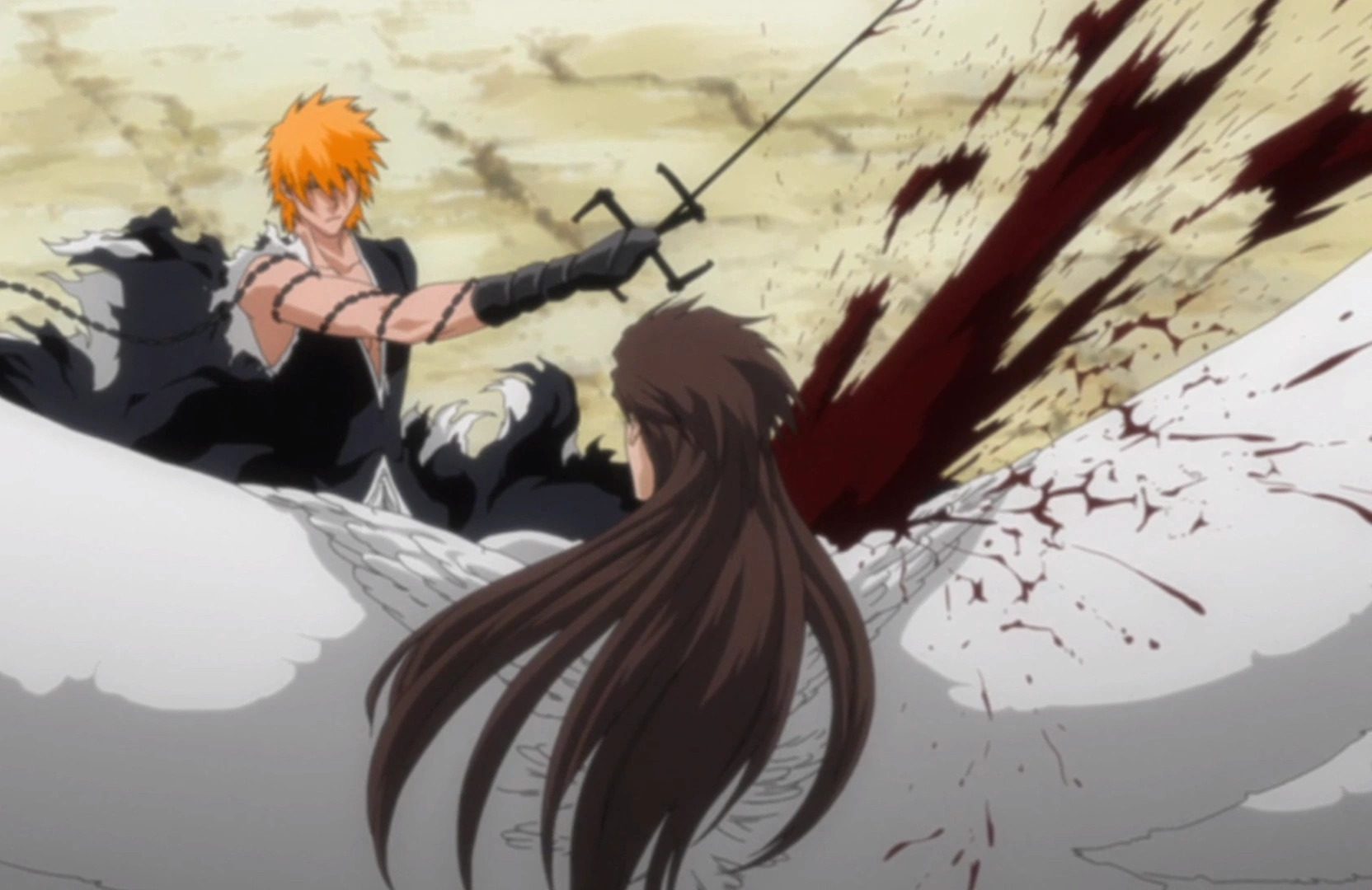 This fight is a good start to reviewing where the anime has left off before you can start with the new arc next month. This time things will be very different as Bleach final arc will be introducing villains that use different powers and have turned against the Shinigami as well. Since the manga has long ended, most of us already know the plot.