World of Warcraft Cross-Faction play is here with patch 9.2.5 Firstly, the patch dropped on Tuesday for the North American region. But if you’re in the European Union, you’re going to have to wait until Wednesday. Secondly, this patch does contain more class adjustments and tuning for PvE and PvP content, more quality of life catch-up improvements for new players and old characters, as well as the cross-faction Play feature to break down faction barriers for endgame content.

Also, with the launch of WoW’s patch 9.2.5, the widely-expected cross-play feature is finally here. After lots of testing on PTR, players are now able to play with their friends across factions for a lot of WoW’s content. And yes! that includes raids and Mythic+. So, if you want to know the whole nine yards, grab a drink, and let’s unpack this topic together. 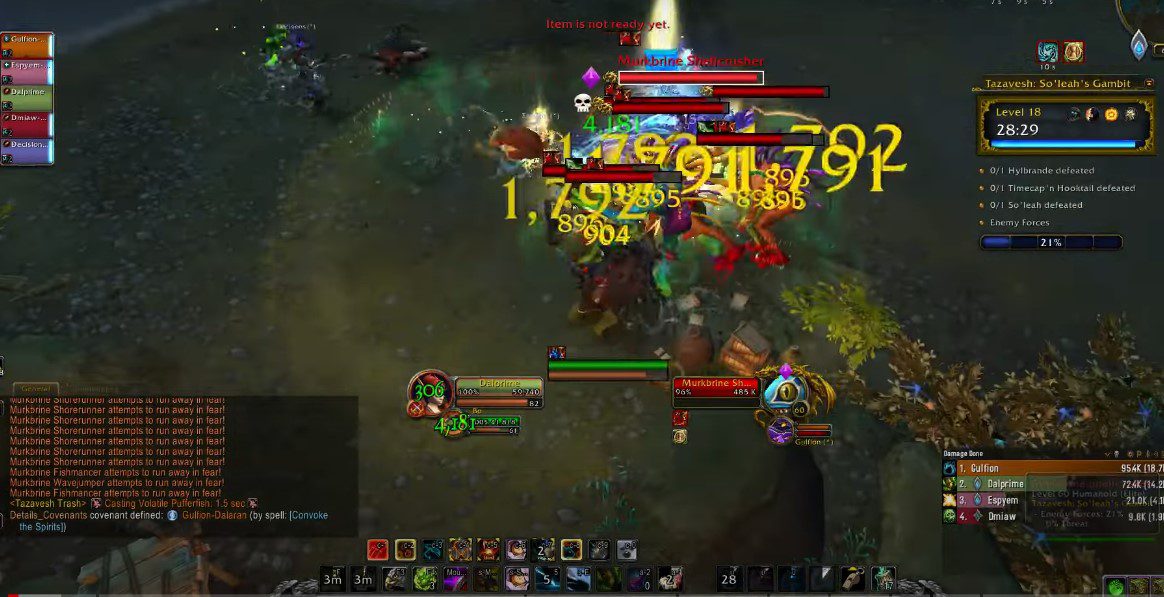 Now you can play with your buddies from the other factions!

First, let’s cover all of the relevant updates coming to our favorite classes. A lot of these class changes we’ve covered in detail over the last few weeks. But in this video, we’ll go over all of the important adjustments very briefly in case you didn’t catch those previous updates. First things first, every single tank spec in the game will not generate more aggro for all PvE content. But it will make it easier for the team to reliably hold aggro. Especially when playing with some of the burstiness classes from mythic plus, like fire mages, desperate Warlocks, and survival hunters.

For death knights, we see a defense Am to the anti-magic zone ability to provide more protection for you and your allies. Within PvP content, the AMZ PvP town is being removed, however, in order to account for the baseline anti-magic zone buff. For the class of hunter of beasts, mastery abilities. And also, pet damage is being amped up by a small amount, and the claim of damage with beastgrave has been slightly improved.

Though from the early numbers we have as of this moment, Beast Mastery may need more tuning. The devs say that they don’t want to make it as competitive as marksman and survival when it comes to weak content. For majors, we’re seeing busts to the filler damage of Arcane Mage as well as the change to make clear casting no longer dispensable within PvP, which should hopefully improve Arcane Mage PvP performance.

The frost mage neck reward covenant combination is getting slightly nerf for PvP, specifically the pig damage you can achieve during your rampion death barn burst. For the class amongst Miss movers, Zen focus on PVP talent is being buffed to give Mass Weavers more of an opportunity to respond to pressure within PvP. When walkers are seeing a pretty sizable buff towards their single-target abilities, furthermore, the emphasis on fury for PvE only this change will likely improve their overall single target PvE performance.

Next, we got the class of priests to displace damage can now be amplified significantly with the new buff to the blaze of light PVP talent, and the Power Word Shield absorbed value has been increased for PvP for both specs of discipline and shadow. For the class of rogue, the spec of Outlaw is receiving a significant buff to many of their damage and abilities.

A still from the upcoming Dragonflight expansion

This update may give them more legendary combination options that could improve their damage within raid and Dungeon content. However, the spec about what is still hard cap when it comes to their AOE output, and even with these updates, they may still be very far behind when it comes to their airway performance.

Rogues are also seeing a decrease in their survivability, especially the speck of outlaw seeing its enduring brawler PVP talent value reduced. For the class of shaman, both elemental and enhancement are losing some substantial burst when it comes to PvP content. However, restoration shaman has been seen as a healing improvement instead of arenas and battlegrounds.

We also got some Warlock updates, Blizzard is attempting to limit the destructive nature of the desperate Warlock tier set. While buffing demonology Warlocks felguard to be more effective against healers in PvP. And also, affliction warlock is getting a brand new PvP challenge to promote Shadow Bolt gameplay. And the PVP talent of demon armor is being removed will Warlocks passively gaining stamina in return for PvP. However, the loss of armor is going to make affliction and destruction a little bit more squishy in arenas and battlegrounds.

For the class of warriors, the spec of arms is seeing a lot of its damage buff for PvE with protection warriors also sharing with some of those benefits. While Fury is in adjustments to make it easier for players facing fury warriors within PvP, we also got adjustments to PvP trinkets, with a two-piece trinket set bonus providing even more stamina, and the results trinket getting a rework, so it no longer functions again. There’s a good chance that this class list is not final.

It’s very common for Blizzard to release another blog post with last-minute changes as the patch releases. Any of these class changes that are significant will likely cover in the future update. Besides the class changes, we also have the cross-faction feature, which is one of the biggest features and quality of life improvements added to all the Warcraft in subsequent patches. Cross-faction will be available to all premed groups when it comes to endgame content for raiding mythic plus dungeons as well as rated PvP.

This feature will not be available for random content, like random dungeons or random battlegrounds, and it’s mostly an opt-in feature in case you like your alliance and horde separated with cross-faction. You’ll get a bigger pool of players to group up with when it comes to endgame content. Your faction choice also becomes less limiting when searching for endgame opportunities. And it also keeps friends playing together whether you choose the faction of the Alliance or the Horde. Players can also invite each other into cross-faction groups through battle nuts, friends lists, or through a whole community. 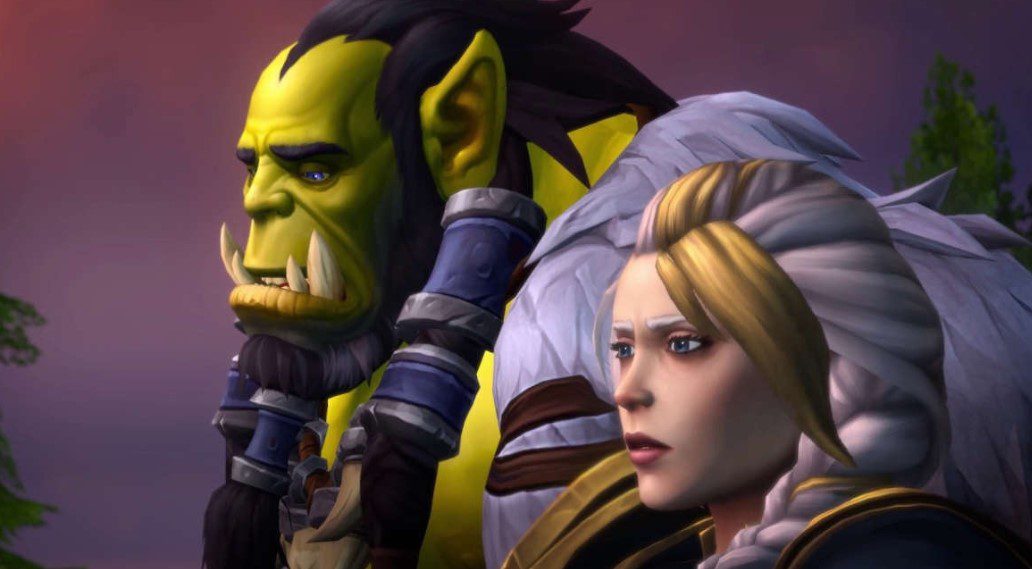 These are the major updates for Patch 9.2.5

However, cross-faction has some limitations. Certain raid and Dungeon instances cannot be experienced with cross-faction gameplay due to Horde and Alliance players getting a different experience inside of those few instances. For example, in the Icecrown Citadel airship encounter. That boss fight is going to be different as an alliance or horde player, so that instance cannot be run cross-faction. Furthermore, Guilds are also going to remain a single faction. At least for now, though, many in the community have expressed their desire for guilds to eventually become cross-faction. So, it’s possible we may see that feature at some point in the future.

All renowned catch-up is now accelerated, with most of your renounce gained at least doubled until renowned 60. Also renowned now has a 100% drop rate from select content like mythic zero dungeons. And Mythic+ dungeons all target swings of layers nine and above, defeating any Shadowlands raid bosses or winning Rated Battlegrounds.

We also got a couple of PvP updates, like a brand new Xerath Mortis style arena added into their arena PvP rotation. Also, the solo shuffled game mode minimum item level has been increased to item level 252. This means any undergeared player joining solo shuffle will have all of their gear boosted to RMO in the future to ease some of the gear disparity presented within PvP.

I wonder if those may consider extending the minimum item level to other forms of casual PvP content in the future. We also got some brand new, unique blood off and dark iron heritage Quest. That was some new cosmetic rewards blood of Paladins. In particular, you can get a unique new blood night armor set for blood off your quest. We’ll start with Leandra, and in Uroboros, it acquires level 60 And is exalted with Silvermoon. For dark iron dwarves, your quest will start with anvil Thane in shadow forge city. That’s the starting zone for the Dark Iron worse, which can be accessed using the mole machine ability. And your only requirement is to be at level 50. For now, that’s all we have concerning WoW, happy gaming, and Anu Belore Dela’na! See you soon!