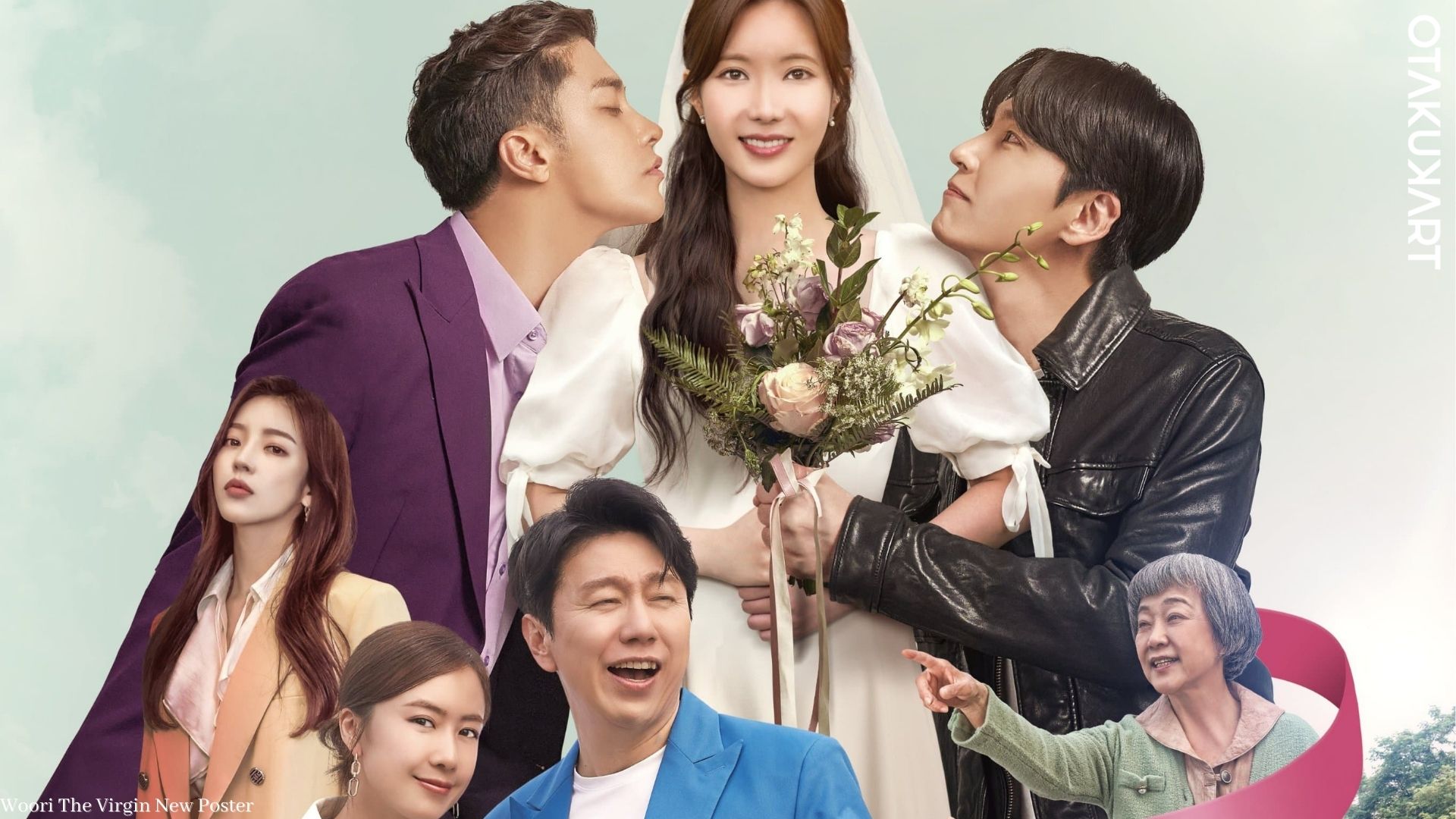 Woori The Virgin poster is finally out and all the viewers out there are really hyped about the same. Indeed, the series has taken over the internet with this new release, and now all of them are really excited to see the characters playing on the screens.

Portraying the genres of comedy, romance, and melodrama, the series is going to narrate the story of a lady named Oh Woo Ri who believes in maintaining her virtue till marriage. But fate is never something anyone can predict and hence everything messes up for her when she ends up getting pregnant with Raphael’s child after an unexpected accident that occurs during her medical exam.

The show is going to be one hell of a ride for everyone out there as it is surely packed with a series of twists and turns that involve all characters i.e., from Oh Woo Ri and Raphael to their partners Lee Kang Jae and Lee Ma Ri. All of them are trying to save their loved ones while being struck by strings of fate. Moreover, this layered storyline also showcases the amazing chemistry between three generations of women. All of this is surely going to make this upcoming SBS drama worth watching.

Woori The Virgin Poster: Everything About It

Woori The Virgin poster has taken everyone into a trance. This newly released poster of the series showcases all the seven main characters in a very peculiar light. Indeed, the poster is radiating the typical light-hearted rom-com vibes through the playful facial expressions and expressive poses of each character.

The gorgeous-looking Oh Woo Ri can be seen in a wedding dress surrounded by all the men in her life. Standing next to her, Lee Kang Jae can be seen holding a bouquet and looking at her with heart eyes. On her other side, Raphael is standing giving out an irresistible charisma leaning closer to Oh Woo Ri. This whole set-up clearly hints toward a beautiful and chaotic love triangle that is going to hit the screens soon enough.

Oh Eun Ran can be seen grinning beside Choi Sung II while Seo Gwi Nyeo is pointing toward them with a doting smile on her face. This playful and goofy look of the cast is slightly disrupted by a particular corner of the poster where Seo Gwi Nyeo can be seen throwing fits art Choi Sung II. The whole upbeat and vibrant look of the poster too is quite disrupted as one character named Lee Ma Ri can be seen standing alone in a corner with a blank gaze. She is standing her ground even in this chaotic space and that tells a volume about her overall detail.

The poster is captioned with the text that reads, “The twist of fate has begun.” This hints toward the out-of-this-world play of fate that will definitely uproot the normal world of Woo Ri while also shaking the lives of all those who are around her.

All in all, the chaos is going to bring out a lot of fun and adventure for all the viewers out there.

Woori The Virgin: All Other Details

Directed by Jung Jung Hwa Woori The Virgin is a Korean remake of “Jane the Virgin,” an American rom-com that is also based on a Venezuelan telenovela. The first episode of this upcoming SBS drama series is going to premiere on May 9, 2022, at 10 PM KST. And if the original release schedule is followed then the final episode of the show will premiere on June 21, 2022.

As per reports, the show has a total of 14 episodes and each of them has a running duration of 1 hour 10 minutes. The cast of the show stars, Im Soo Hyang as Oh Woo Ri, Sung Hoon as Raphael, Shin Dong Wook as Lee Kang Jae, Hong Ji Yoon as Lee Ma Ri, Lee Min Ji as Choi Mi Ae, and Hong Eun Hee as Eun Ran.

All of them are the known faces of the South Korean entertainment industry and therefore the expectation bar is also high.