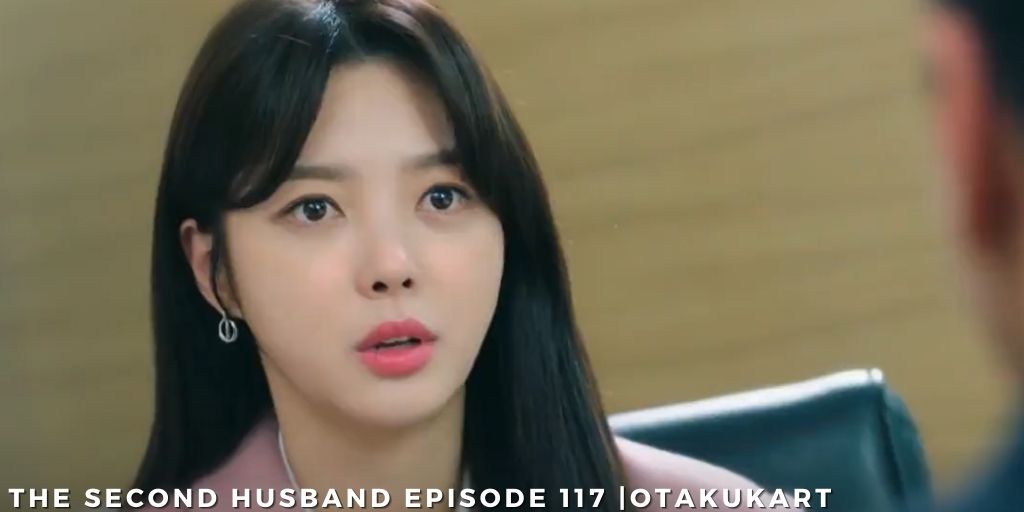 The Second Husband Episode 117 is just a few days away from gracing our screens! There is no doubt that the past few episodes have been mind-blowing. Who would have thought that Jae Kyung would be dying really soon? All fans thought when Jae Kyung called Seon Hwa to the cliff was that Seon Hwa might escape, but Jae Kyung would still be alive. Basically, the audience had no idea that Jae Kyung would fall down the cliff during their fight and fall to her death. But the fact that her body has still not been found is quite suspicious to many people in the audience. It is a well-known fact that evil people do not die so easily in any show. Anyhow, our characters have, except for a few, have moved on from the incident.

As Seon Hwa and Jae Min have are normal humans, they decided to help Sang hyuk despite the fact that he was always willing to help Jae Kyung whenever she murdered someone. Not only was the audience of The Second Husband super impressed by Seon Hwa’s kicking skills, but Sang Hyuk had also been equally impressed. Is this why he finally decided to do something good in his life? He signed a contract in which he gave the parental rights of taking care of Sae Byek back to Seon Hwa. He had finally realized that he had been wrong in treating Jae Kyung in such a way and that he had killed Sae Byeok twice on paper, so he does not deserve to be a father. Is it just us, or did Sang Hyuk grow conscious overnight?

Don’t miss out on more surprising reveals, and check out the release date, streaming details, and predictions for Episode 117 of The Second Husband.

Will we find out whether Seon Hwa finally finds out that Hae Ran is her real mother in The Second Husband Episode 117? In the preview, she could be seen asking James Kang whether he knew who her real mother was. If she finds out the truth, things will get a bit complicated. Seon Hwa will start to think that Jae Min is her blood-related brother, thus making things awkward between our main leads. Only Hae Ran knows that Jae Min is adopted. No one would have noticed the truth because of the care and affection Hae Ran had given Jae Min.

Meanwhile, the fact that Jae Kyung’s body has still not been discovered does not settle well with the audience of The Second Husband. Even further, the investigation was also stopped very abruptly. It would not be that far-fetched to say that Jae Kyung had actually planned all of this. At first, she could have looked for a way to get minor injuries while falling down the cliff. Remember, the cliff was not that high. It could also be possible that her dad Yoon Dae Guk might be in on the secret and will help her implement her revenge plan. Maybe that is why the episodes of the kdrama had been extended!

The Second Huband Episode 117 will release on 31 January, this Monday. New episodes by The Second Husband air Mon-Fri at 7:15 PM KST only on MBC. The show’s cast, including Uhm Hyun Kyung, Cha Seo Won, Han KI Woong, and Oh Seung Ah, has been impressing the audience with their wonderful performances. They had done so great that Uhm Hyung Kyung and Cha Seo Won had been awarded Top Excellence Award, Actress in a Daily Drama and Top Excellence Award, Actor in a Daily Drama respectively!

Where To Watch The Second Husband Episode 117?

Also Read: 10 Kpop Idol Visual Pairs That Are Too Good For This World!