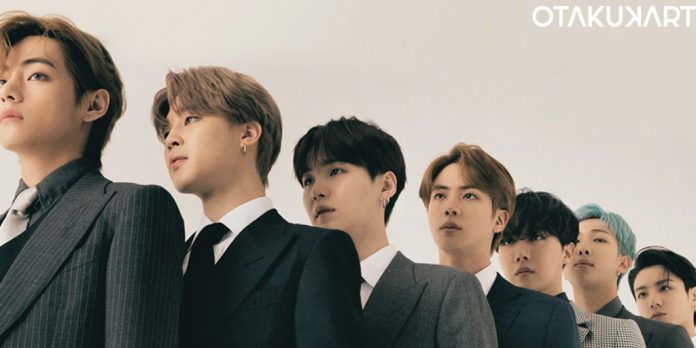 There is no one who is a stranger to the influence of Korean celebrities. The country has been birthing talents in all industries, from sports to entertainment. Although most of us have been swept by the kwave through Kpop and Kdramas, there are a few who have joined it from sports and arts. Ever since 2000, the prestigious magazine Forbes Korea has compiled a list of the most influential Korean celebrities of that particular year. Celebrities from music, arts, sports, films and television are judged based on their professional achievements, media outreach, the net worth of the past year, public appearances, and following and influence on social media platforms. Forbes Korea Power Celebrity 2022 list was compiled based on the results of the past year.

It is obvious that when a celebrity’s name shows up on the list, it is a huge honor for both the individual and their fandom. While there are a few celebrities who have remained a regular on the Forbes Korea Power Celebrity list for a long time now, each year brings a few surprises and this year did too. If you are interested in reading who made it to the Top 10 on Forbes Korea Power Celebrity List 2022, then keep on reading.

BTS, aka the most popular group right now, has unsurprisingly topped the list of the most powerful Korean celebrities, according to Forbes Korea. Consisting of seven members Kim Namjoon,  Kim Seokjin, Min Yoongi, Jung Hoeseok, Park Jimin, Kim Taehyung, and Jeon Jungkook, the group has, in the literal sense, taken over the world. Even non-K-pop fans know that BTS is the thing right now. Not only is BTS really popular, but their music is very meaningful and aims at spreading the message of loving yourself.

They even have albums dedicated to this cause. They also inspire people to work hard to get what they want. Every fan of BTS knows about the members’ struggle to rise to fame. Now they are so influential that a huge part of Korea’s fortune depends on them. BTS’ Dynamite, Boy With Luv, DNA, and so many more of their songs have crossed over a BILLION views! Moreover, BTS was the first-ever KPop act to perform on the Grammy stage and even get nominated. The influence of this Kpop boy group is absolutely insane! From SoFi stadium to Wembley, BTS has sold out all the major stadiums. No wonder they are considered the most powerful Korean celebrities according to Forbes Korea.

Another mega-popular Kpop girl group that has swept the world by storm is Blackpink. Furthermore, Blackpink consists of four members that have an equally powerful influence as individuals as they do as a group. The names of Blackpink members are Lisa, Rosé, Jisoo, and Jennie. The group made a spectacular debut under YG Entertainment in 2016 with Boombayah and Whistle, which are, to this day, stuck in our heads. Their first and only album, titled The Album in 2020, became the first-ever album by a female Kpop girl group to sell more than a million copies. Additionally, Blackpink is also the first-ever Korean act to receive a certification from the Korean Industry Association Of America.

Known for breaking records and setting trends, Blackpink’s catchy tune How You Like That in 2020 broke not one but three Guinness World Records. The song became the most-viewed YouTube video in twenty-four hours, the most viewed music video on YouTube in 24 hours, and also the most viewed Kpop music video in 24 hours. The group has a track record of appearing on the Forbes Power Celebrity list ever since the year 2019. Furthermore, Blackpink ranked number 1 on the Forbes Korea power celebrity list in 2019, third in 2020, and second in 2021. On the Forbes Korea Power Celebrity list 2022, Blackpink comes strong at the second position again.

One of his most notable moments was when in 2019, Song Heung Min reached and started the UEFA Champions League final, making him the second Asian player in history to do so. Son Heung Min is considered to be a national treasure in all of South Korea. He has been frequent on the Forbes Korea Power Celebrity list ever since he ranked 9th in 2019, 4th in the years 2020 and 2021. Son Heung Min’s power ranking has increased in the 2022 Forbes Korea Power Celebrity, as he holds the third rank.

Another sportsperson on the Forbes Korea Power Celebrity 2022 list is the talented baseball pitcher Hyun Jin Ryu. Furthermore, Hyu Jin Ryu is a baseball pitcher for the Toronto Blue Jays of Major League Baseball. One of Hyun Jin Ryu’s most notable achievements is when he became the first-ever South Korean pitcher to start in a World Series game. Another interesting factor about Hyun Jin Ryu is that he learned to pitch with his left hand when his father bought him a lefthander’s glove that goes on the right hand. Furthermore, Forbes Korea Power Celebrity 2022 list was the first time Hyun Jin Ryu was recognized as the most influential Korean celebrity.

More popularly known by his nickname, Chantobaegi, because of his heart-stealing performance in Mr Trot. Furthermore, Lee Chan Won is both a singer and an entertainer. He gained popularity because of his melodious voice and appearance on popular tv shows. Lee Chan Won has one of the most interesting debut stories. In 2020, one of his teachers requested him to sing the famous romantic song Day Of Dawn by Song Dae Kwan, and just days later, he ended up signing a contract with Bliss Entertainment. He has attained the 5th position on the Forbes Korea Power Celebrity 2022 list.

One of everyone’s favorite kdrama actors is no doubt Lee Seun Gi. Most of us probably know him as the good-looking, rich yet clumsy actor Cha Dae Wung from the hit romantic comedy-drama My Girlfriend Is A Gumiho. However, being an actor is not Lee Seung Gi’s only charm. He is a well-known singer, TV show host, and entertainer. A ‘Triple Threat’ by all means. Furthermore, Lee Seun Gi has received prestigious awards for both his work as an actor and a singer. He has received the Golden Disc Awards in the years 2009, 2010, and 2021. As an actor, Lee Seun Gi has received the Baeksang Arts Awards for the Most Popular Actor. Furthermore, Lee Seung Gi first appeared on the Forbes Korea Power Celebrity List in 2010 when he ranked seven. He ranked fourth in 2011 and then sixth in 2012, 2015, and 2022.

Yes, the beautiful actress from Minari who won the Academy Awards, Screen Actors Guild Awards, Independependent Spirit Award, and the list goes on. Furthermore, Youn Yuh Jung has been an actress for over five decades now. She is best known for her roles in Minari, The Taste Of Money, Woman Of Fire, Pachinko, and The Housemaid. Furthermore, in 2021 Youn Yuh Jung was selected as one of the hundred most influential people in the world by TIME magazine. Youn Yuh Jung holds the eighth spot in the Forbes Korea Power Celebrity 2022 list.

This man has been making audiences, both global and Korean, laugh for years now. For those of you who do not know, Yoo Jae Suk is a South Korean comedian and TV show host, most popular for his appearance on Running Man. Although Forbes Korea Power Celebrity 2022 list is Yoo Jae Suk’s first time in the top 10, fans are sure he will remain permanent.

To close off the top 10 Forbes Korea Power Celebrity list is the beautiful Jang Minho. Additionally, Jang Minho is a singer, model, dancer, and TV presenter. He placed sixth in Mr.Trot.  He is loved for writing very heartfelt lyrics that are sure to make you cry. Jang’s influence in Korea is very strong, and it is no surprise to see him on the list.