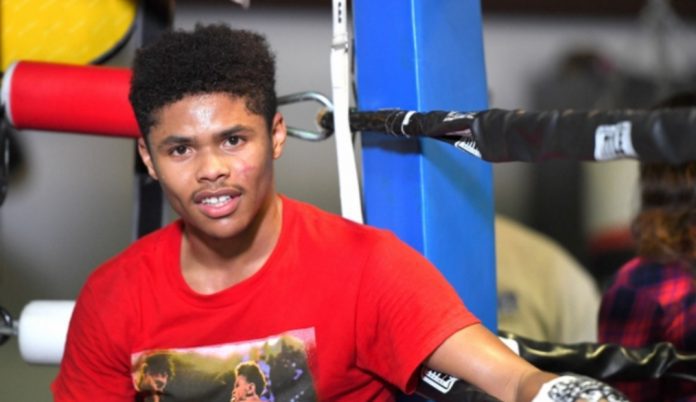 Today, we will discuss Who is Shakur Stevenson’s Girlfriend? What do we know about the boxer’s love life and notable career? Starting from the basics, Ash Shakur Nafi-Shahid Stevenson has gained massive popularity with his silver medal-winning in Bantamweight at the Olympic Games. It was held back in 2016, in Rio De Janeiro. Talking about his amateur winnings, he has played and won twice against Mohamed Hamout and Peter McGrail respectively. To be more specific, Shakur specialises in featherweight and super featherweight. Surprisingly, he has won all the 18 boxing matches that he has played to date.

Knowing so much about the boxer’s noteworthy career, fans are interested to learn Who is Shakur Stevenson’s Love Interest. Well, he is making numerous headlines with his rapper girlfriend.  Recently, he has taken his relationship to the next level, by proposing her be his life partner. In brief, they are getting head over heels for each other. Now, you must be more curious. For More details about Shakur Stevenson’s Girlfriend, I highly recommend you to read this article to the very end.

Talking about Shakur Stevenson’s Girlfriend, the boxer is dating and is officially engaged to Young Lyric. She is originally known as Lyric Michelle Ragston. In case you aren’t well aware of her, Young Lyric is a rapper and a musical artist. She has been gaining fame with her singles- U Got Dragged, Drop A Bag, Busy Right Now, Get It How You Live, One Knee, Big Racks, etc. It was in 2020 when she released her album- The Real Lyric Michell Vol.1 & 2, etc.

Coming back to their relationship, Shakur has always been pretty much vocal about it. Young and Shakur, constantly post their goofy, lovely pictures on their respective social media, highlighting how badly they are in love with each other. It is unsure when, where and how did they meet. However, based on their Snapchat Stories, it seems like the pair might have been dating since December 2020. After dating for quite some time, finally, on 30 April 2022, Shakur romantically asked for her hand for a lifetime in the ring itself. And guess what, it was a YES.

Moreover, Shakur and Young already share a cute little daughter, whom they have named Leilani Asha Stevenson. So, it’s a happy family of three. It is believed, that the love birds are now collectively and are possibly looking forward to many additional years of togetherness. Hoping their romance is eternal!

Before Young Lyric, Shakur Stevenson dated the athlete, Jajaira Gonazalez. They met each other in 2013 at the Junior World Team. Things started to grow after a few years, more precisely in 2016. However, their romance didn’t last long and the reason for their split is still kept under the wraps. We believe, everything happens for good.

Born on 28 June 1997, Shakur Stevenson is 24 years old at present. This versatile boxer was born in Newark, New Jersey, United States. As far as his height and weight are concerned, he stands tall up to 5’7 feet and weighs 58 Kg respectively. You may follow Shakur on his Instagram account, having 564K followers at present.

Moving on with his career, it was in 2014, that Shakur took part in the Youth Olympic Games held in Nanjing. He successfully made it to the top, winning a gold medal in the flyweight. In the same year, he played for the Youth World Championships in Sofia, and earned another gold medal, playing in the same style. Throughout his professional career, Shakur has played against several renowned boxers like- Oscar Valdez, Jamel Herring, Alberto Guevara, Christopher Diaz, Viorel Simion, and many more. In brief, he is quite successful in both his professional and personal life.

Best Wishes to Shakur Stevenson for the upcoming days of his career. He is believed to be very young and has a long way to go, hoping he achieves all his goals. Also, good luck to Shakur and for their new life. 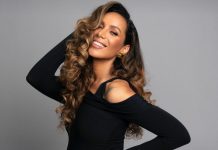