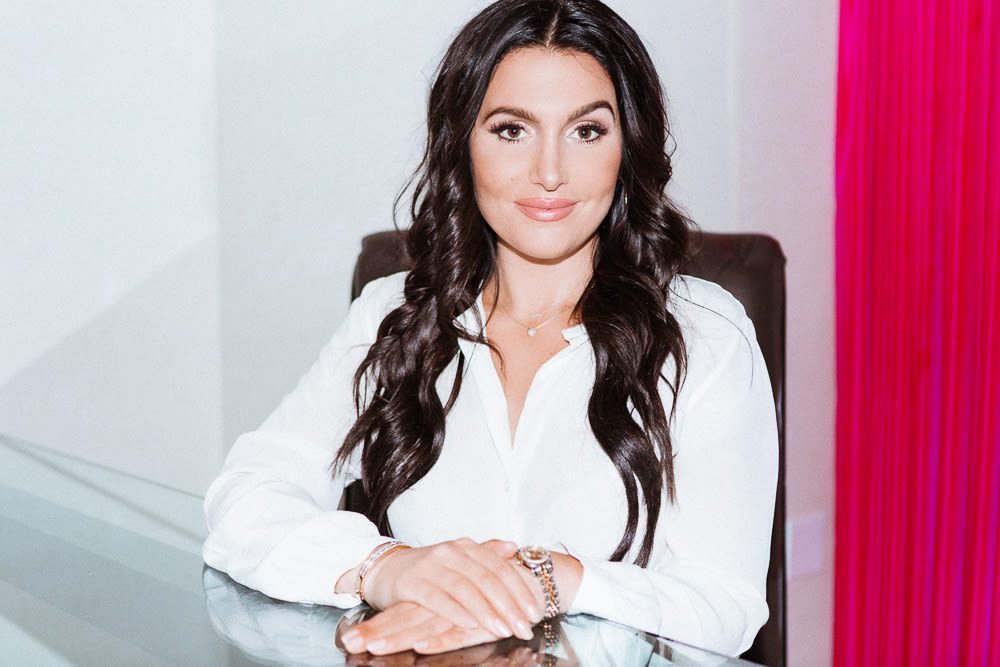 Television personalities usually have charming personalities. You might be wondering who is the famous Molly Qerim Dating? They often attract a huge amount of audience because of their different skills. If you are an avid television watcher, you would definitely know who Molly Qerim is. First Take is a show which almost every sports lover used to watch. The talk show is considered one of the most loved TV shows wherein hot topics related to sports are discussed in the best of ways. Molly Qerim is serving as one of the hosts of the show. Molly Qerim’s charming personality and her oratory skills have definitely made her a watcher’s favorite.

A Television personality can never escape the headlines especially related to their relationship status. Some do their best efforts to keep it low key but some fans become so desperate to know what’s happening in their life that the television star itself announces it on their official accounts. Molly Qerim is so popular that fans often want to know what’s happening in her dating life. So here we shall take you through her early life, career, and who is the famous personality dating. Let’s dive in.

Born in Cheshire on March 31, 1984, Molly Qerim is a famous American personality. Molly Qerim attended Cheshire High School. The TV star went to the University of Connecticut and earned BA in communications with a minor in business administration. We can fairly assume that she would have been a brilliant student. To complement her bachelor’s degree, Molly Qerim also earned a master’s in broadcast journalism from a reputed university. 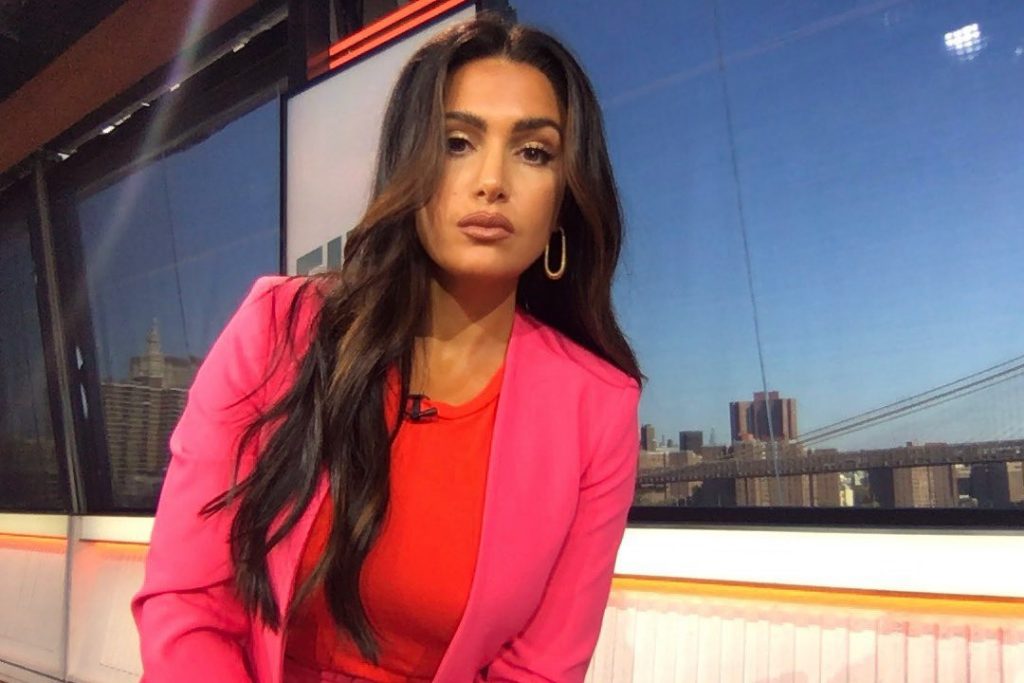 Molly Qerim is one of few fortunate enough to be able to pursue her passions and interests. Molly Qerim began her career as an anchor and journalist. Qerim served as a CBS Sports Network reporter and anchor. She also hosted SEC Tailgate Show, SEC Tonight, MaxPreps Lemming Report, Full Court Press, and Bracket Breakdown as a studio anchor. Qerim has also covered the UFC for ESPN, Versus, and currently NBCSN, as well as FS1. In addition to her activities outside of the Octagon, she has co-hosted the annual World MMA Awards.

In 2008, Qerim was the interactive host of College Football Live on ESPN and ESPN2. She was also a breaking news reporter for ESPN2’s Fantasy Football Now, for which she was nominated for an Emmy. She also co-hosted ESPNU’s Campus Connection.

Qerim has also contributed to other digital media projects, interviewing athletes and celebrities for ESPN.com and ESPN Mobile. She has covered many Super Bowls, including hosting, reporting, and red carpet events, as well as the Heisman Trophy presentation, the NBA draught, the NBA All-Star Game, and the MLB All-Star Game, as well as giving on-site reporting and interviews. In mid-July 2015, she took over as interim presenter of ESPN2’s First Take. Cari Champion, who had been elevated to ESPN’s flagship show, SportsCenter, was replaced by her. On September 15, 2015, she was elevated as a permanent host of First Take.

Is Molly Qerim Dating Someone?

There are very few lucky individuals who are able to identify their love interest in one go. Molly Qerim was definitely someone who wasn’t in the love luck category. Molly Qerim thought that she found the love of her life in 2018. She married Jalen Rose in 2018. Jalen Rose was her co-host on ESPN and NBA Player. But Molly wasn’t lucky enough in love. The relationship wasn’t a forever one. The couple got divorced in 2021. There were rumors that Rose filed for a divorce. 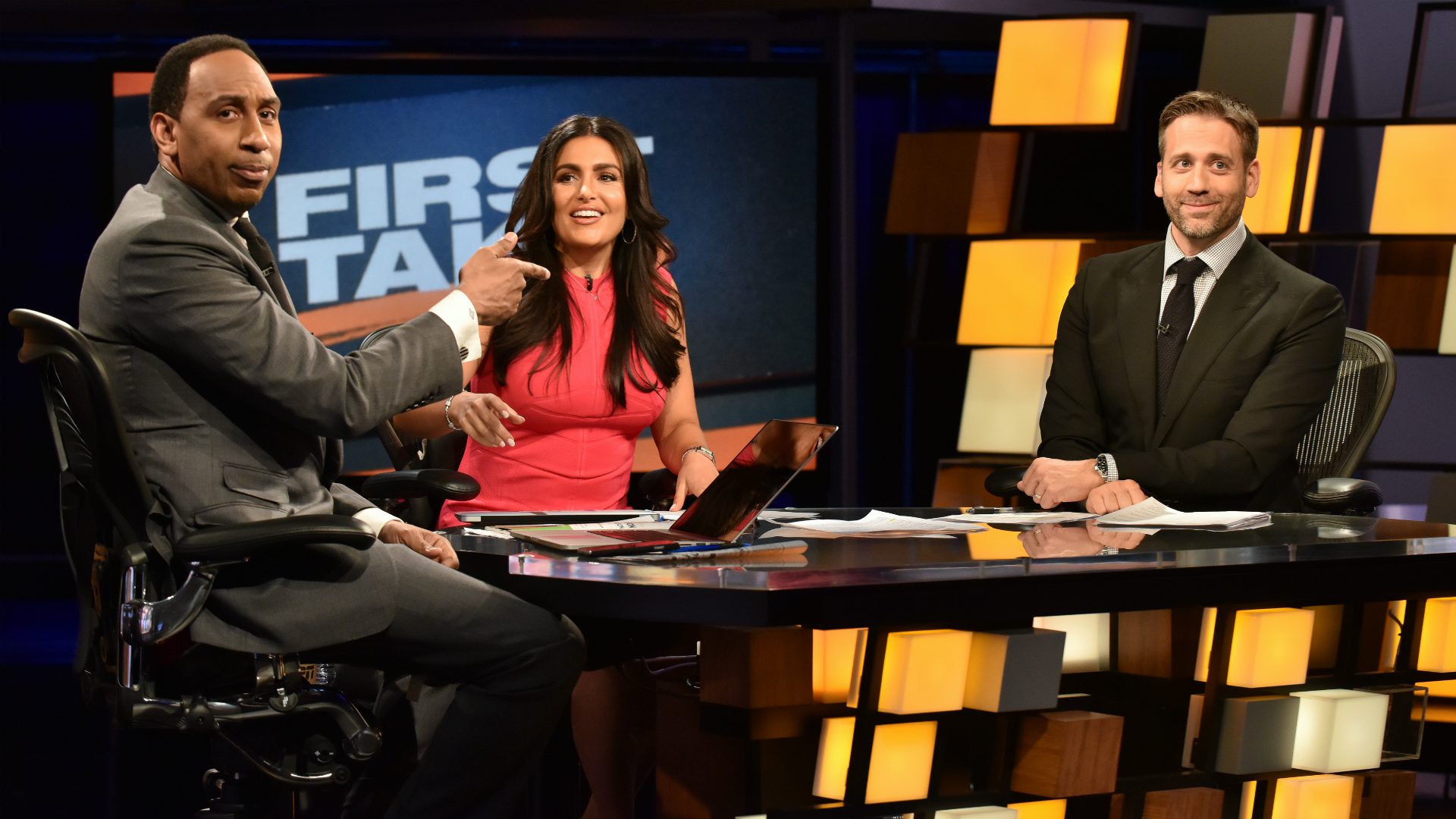 Molly Qerim Along with Stephen A. Smith on ESPN’s First Take

Love always finds ways and everyone deserves a second chance in love. There have been rumors all around that Molly Qerim is dating someone. Molly Qerim dating Stephen A. Smith is something that has been in recent gossip among the fans. Both of them make a fantastic pair who has been loved by their fans too. Is this really true or a rumor spread by fans? There is no official confirmation from Molly and Stephen’s side. All the fans of Molly Qerim hope that she finds her love interest super soon.