Jacob Collier has always been in the eyes of the viewers and media when it comes to his love life. People have recently expressed their desire to learn more about Jacob Collier’s Girlfriend. Therefore, we’ve created this post to talk about Collier’s girlfriend. But, before we get into Jacob Collier’s relationship, let’s take a look at his early life and profession. Well,  Jacob Collier is a well-known English musician. His music combines elements from a variety of musical styles, and he frequently uses reharmonization and close harmony. He’s also recognized for his energetic live performances, in which he frequently leads the audience in singing multi-part harmonies or playing percussions.

Collier was born in London, England, on August 2, 1994. He was raised along with his two younger sisters in north London. Suzie Collier, his mother, is a conductor, violinist, and professor at the Royal Academy of Music’s Junior Academy. Derek Collier, Collier’s maternal grandfather, was a violinist who taught at the Royal Academy of Music and played with orchestras all over the world. Patrick Moriarty, his father, is a great amateur pianist as well as a schoolteacher.

Through his maternal grandmother, Lila Wong, Collier is of Chinese ancestry. Collier went to the Purcell School for Young Musicians in Bushey, Hertfordshire, and Mill Hill County High School in north London. Also, at the Royal Academy of Music, he studied jazz piano for a short time. So, if you’re ready, let’s get into it and learn more about Jacob Collier’s Girlfriend.

Collier is currently without a partner. That is, Jacob is not involved in any kind of relationship. So far, there have been no reports of Jacob dating or having an affair with a woman. The media has never associated him romantically with any woman. Therefore, either the singer is trying to keep his romance a secret, or he is truly single. In a 2016 interview with a video host, he remarked that if you like someone, you should immediately ask them “out for a date.” As a result, given that the Grammy Award winner currently does not have a partner, it is easy to conclude that Jacob is more concerned with his career rather than being involved in a relationship. Jacob Collier is not gay and has a straight sexual orientation.

Jacob Collier began his musical career in 2011 by uploading homemade, multi-instrumental content to YouTube. He recorded vocal arrangements of “Pure Imagination” from Willy Wonka and the Chocolate Factory, which was released in 1971. He created a live multimedia event with Ben Bloomberg, a Ph.D. student at the MIT Media Lab. He debuted a live show in 2015, traveling Europe and the United States. And the show had its debut at London’s Ronnie Scott’s Jazz Club. He was also a co-producer on two songs from Becca Stevens’ album titled “Regina.”

Later, he appeared as a guest on “Harry,” a daily weekday talk show. Jacob Collier was also a speaker at the TED conference, which was held in Vancouver, Canada. Collier also did a cover of the song “Under the Sea,” which was published on November 10th, 2017. For two and a half years, Jacob toured abroad (between 1 July 2015 and 18 December 2017). In December 2017, he recorded a “Cappella” YouTube video cover of the Christmas classic “Have Yourself A Merry Little Christmas” with American pop/R&B artist Tori Kelly. He stated in December 2017 that the One-Man-final Show’s performance would be held on December 18th in Rome.

Collier is the only British musician to be nominated for a Grammy for each of his first four albums. Collier also got the ABRSM Gold Medal for his grade eight singing result in 2008, which was the highest mark in the country. Jacob Collier is a cool musician who stands at 5 ft 9 in (175 cm) tall. His body is thin, and he weighs 65 kilograms. His eyes are hazel, and his hair is a dark brown tone. His endearing attitude and radiant features have drawn a large number of admirers.

Jacob Collier keeps his body in good shape by exercising regularly. He is also careful of his food consumption. He is a gifted and successful musician who has amassed a sizable fortune via his professional endeavors. As of 2022, Jacob’s net worth is estimated to be around over $2 million. And his primary source of wealth is the music industry, and he currently lives a modest lifestyle. His annual income is in the thousands of dollars. He also has a YouTube channel, which allows him to increase his net worth. 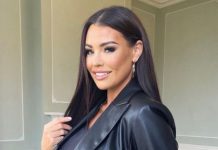 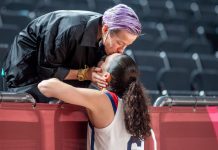 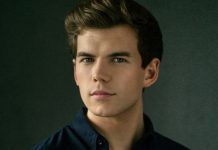