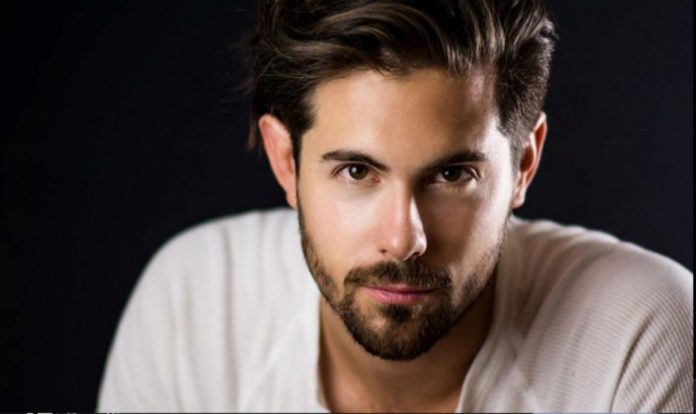 Here, we will discuss who Chris McNally’s Partner is. What do we know about the actor’s love interest and noteworthy career? Starting from the basics, this Canadian actor has gained quite a fame for his role as Lucas Bouchard in When Calls The Heart. Talking about his films, the hit ones are The Plastic Protocol and John Apple Jack. He also has a numerous television works, and the list includes Riverdale, Same Time Next Week, Supernatural, Falling Skies, Killer Instinct, and a few more. In brief, Chris McNally is very successful in the film industry.

Knowing so much about the actor’s career, Chris McNally’s fans are interested in his love interest. Well, he is a dream for many hopeless romantic lovers. But Chris McNally is a very private person and hasn’t confirmed to be dating anyone yet. In brief, we may say that the actor is quite laid back in showcasing his lover in public. On the other hand, fans also started suspecting if he has an interest in men after coming across one of his similar roles. What’s happening in the actor’s love life? Let’s dive into this article to learn more about Chris McNally’s Partner.

Who Is Chris McNally’s Partner?

When it comes to this actor’s love life, Chris McNally is rumored to be dating his co-star, Julie Gonzalo. In case you are wondering, Julie Gonzalo has gained massive prominence for her works like Veronica Mars, Dallas, Supergirl, Freaky Friday, A Cinderella Story, etc. Neither of them has confirmed anything about sharing romance in real life. However, they met for the first time on the set while shooting for the film Sweetest Heart’. The stars have had amazing chemistry both on and off the screen. Instantly, the news came up that there was something beyond friendship. Also, in a promotional event, Chris and Julie talked about going on dates after shooting for the film. That might have helped them to portray natural love affection on screen. We are eagerly waiting for them to admit to seeing each other.

Even though Chris is a shy person, he hasn’t been able to hide everything. In an interview, the actor was asked when he felt the sexiest. He replied, “I feel good when my girlfriend calls me handsome”. Well, from this single statement, it is pretty obvious that Chris has a partner. Again in another interview, he recalled adopting one dog with his girlfriend. On this note, you must know that Julie has also been photographed with the same dog. These hinted to the fans about Julie Gonzalo being Chris McNally’s Partner.

Besides knowing the details of Chris McNally’s Partner and their possible relationship, fans are now interested to learn more about the actor. Born on 8 November 1988, Chris is currently 33 years old. He was born in North Vancouver, Canada. You may follow the actor on his Instagram account, with a huge fan following of 99.8K.

He has become a professional in the acting industry since 2005. Talking about one of his noteworthy works, John Apple Jack earned him the title of the ‘Best Actor in a Feature Film’ at the FilmOut San Diego. Not to forget to mention some of his other works like Tower Prep, Falling Skies, Rocky Mountain Christmas, Altered Carbon, A Winter Princess, Snowkissed, Sailing into Love, and a few more. Little did you know, Chris McNally is also a great writer. The actor has always believed in working on his skills, no matter how much best he does. Chris McNally’s hard work is quite evident in each of his performances. We are eagerly waiting for the release of Chris’ next film.

Best Wishes to the actor for the upcoming days of his career. Also, hoping Chris McNally’s Partner to be none other than Julie Gonzala.