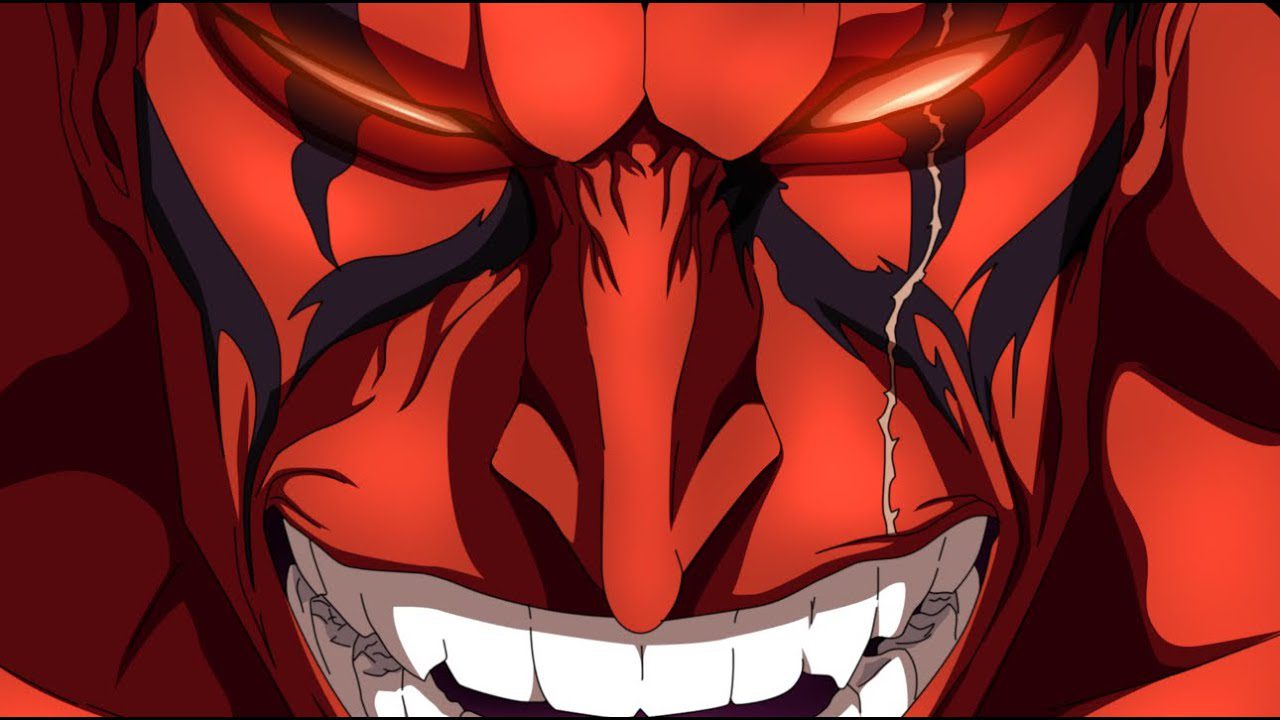 Zaraki Kenpachi has been in dozens of battles, both alone and alongside his comrades. Known as one of the most powerful Shinigami in Bleach, Zaraki Kenpachi is the Captain of the 11th Division of the Gotei 13. What is even more impressive is that Kenpachi can reach such heroic proportions without relying on his Bankai because it was unknown until the Thousand Year Blood War Arc, which is yet to be animated. As we are heading close to the anime for the same, set to premiere in October, let’s look at what we know about Zaraki Kenpachi’s Bankai in Bleach manga.

As a result of his superior skills, the Captain wears an energy-suppressing eye patch during combat so as to equal out the competition, and he rarely looks to other Shinigami or his second-in-command, Yachiru Kusajishi, for assistance. The one-man army simply wants a worthy opponent to stand against, and you would be surprised to find that Retsu Unohana steps (back) into those shoes.

What Is Zaraki Kenpachi’s Bankai?

Kenpachi Zaraki was able to become one of the Gotei 13 captains without his Bankai. When he activated his unnamed ability during the Quincy war, he became a red-skinned demon with incredible strength. His Bankai also allowed him to slash at a distance, which made him even more dangerous.

Kenpachi’s Bankai, when activated, releases a tremendous amount of energy that is powerful enough to devastate nearby buildings. Hence, his Bankai creates energy that is unlike anything else in the universe. As well as changing his physical appearance, he can also modify his countenance with his Bankai. He turns into a wildly frightening image with red skin, several black marks across his face, and a horn on top of his head. 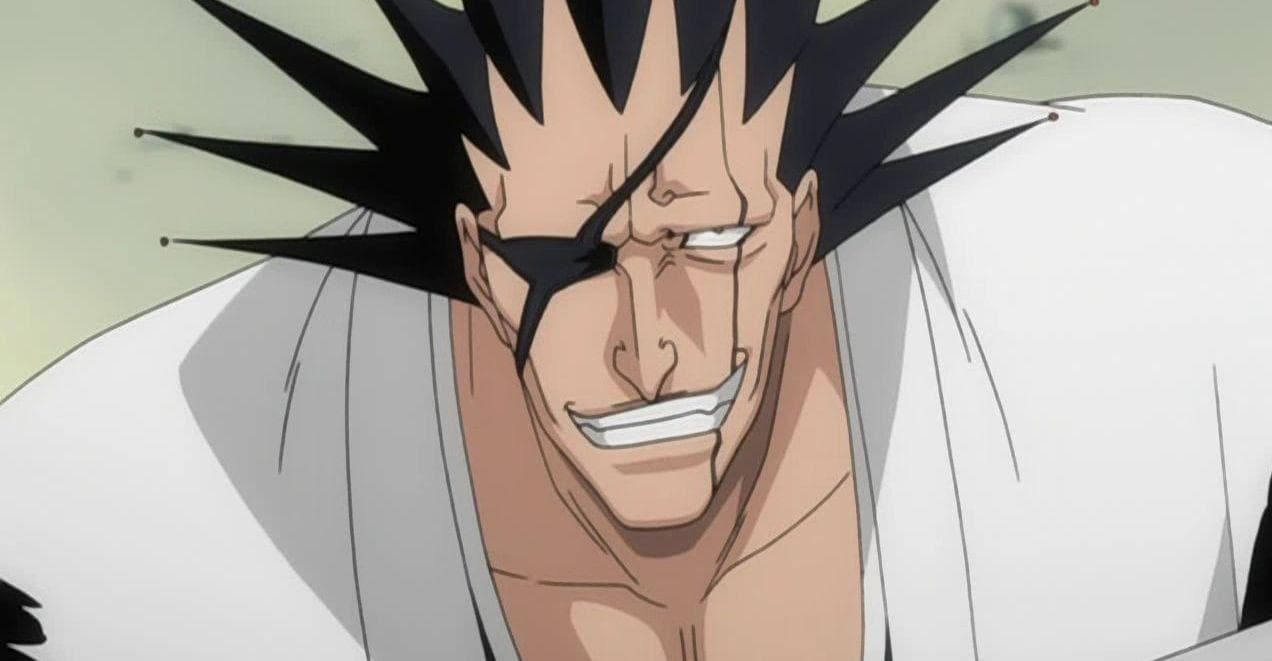 Moreover, he also has a blade that also has a Bankai form, the blade turns into a short, rugged version of its Shikai form in the Bankai form. As a result, the appearance has likely been altered. Little Yachiru magically manifests Kenpachi’s Bankai from nowhere during the struggle against Gerard Valkyrie, a physical manifestation of the Heart of the Soul King, telling him to use it. This is Kenpachi’s first time using his Bankai in battle.

How Strong Is Kenpachi In Bleach?

As a shinigami, Zaraki is pretty strong. In base, when fatigued, he was able to cut through the strongest sword by physical strength. While at 30% of power, this guy had more Reiatsu than Yammy’s strongest form in Spirits Are Forever With You. In the light novel, Zaraki destroys a 100% revival of Cien Grantz. Zaraki faces an energized Gremmy at the base and a weakened Gremmy casually at Shikai after completing his training with Unohana. Gremmy had been sternritter since the Schutzstaffel was chosen and was the strongest before he was weakened. This would elevate Shikai Zaraki above all non-schutzstaffel sternritters. It is also reinforced by the fact that Gremmy could not imagine a body that would be able to contain Zaraki’s strength (Yhwach would not qualify). 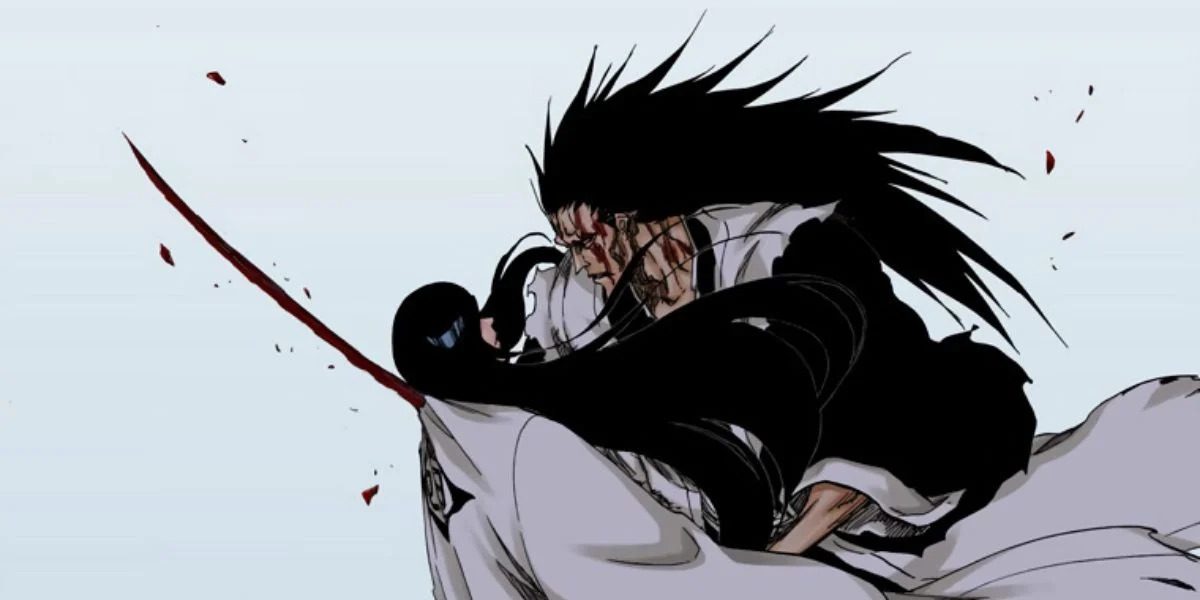 Zaraki fights at the same level as Gerard in base, knocking him over and slicing his arm off. Gerard, in base, casually scales above all non-Schutzstaffel, since he is himself a Schutzstaffel. Giant Gerard is even more impressive. He completely molests Gerard in Bankai, slicing him in half with one blow. So yeah, this guy is pretty powerful. His feats in CFYOW are incredible. He used both the soul king pieces and Gremmy’s brain as reiatsu, becoming so powerful that he was able to smash Ginjo, Grimmjow, Harribel and Nel, Hikone, and Shikai Shunsui.

How Does Kenpachi’s Bankai Work?

Kenpachi’s Bankai is a powerful ability that allows him to fight unimpeded, but at great cost. Whenever Kenpachi is struck in his dimension, he is physically transported to the real world while his body heals up. This makes Kenpachi a difficult opponent to hit but also leaves him extremely vulnerable.

Throughout the series, Kenpachi has used his Bankai to fight an incredible number of battles. He’s been in dozens of battles, both alone and alongside his comrades. The only drawback to Kenpachi’s Bankai is that, since it’s a one-sword ability, Kenpachi can’t use any other abilities while he has it active.

What Happened to Kenpachi’s Lieutenant Yachiru at the End of Bleach?

As far as we know, Yachiru has always been Zaraki Shinigami’s spirit. that it was Zaraki who gave her that name, similarly to Yumichika, who chooses a name that represents a color the Zanpakutou does not like, to avoid getting hated for having a Kid-based Zanpakutou. Since he cannot see what his sword is, he tricks everyone into believing it is his true Shikai when it isn’t.

Zaraki’s torture seems very simple to understand. A teenager who could already beat Unohana traumatized Zaraki, who had loved fighting. Being beaten by the one hailed as the best warrior in the Soul Society traumatized Zaraki, who loved fighting. Thus, he repressed much of his true power subconsciously, and the only way for him to release it was to fight even stronger opponents.

The part of his soul that represented his Shinigami powers, Yachiru, meant obvious things to her, such as asking Zaraki to take on his Shinigami power. As a result, he was manifested as a child while already a mature man. Shinigamis can manifest the spirit that represents the essence of their powers outside of their inner realm. Yachiru, given Zaraki’s level of power, appears to have become a child to be accepted by her. Knowing Zaraki did not accept anyone who relied on the spirit of the zanpakuto, she knew that she could not communicate without it.