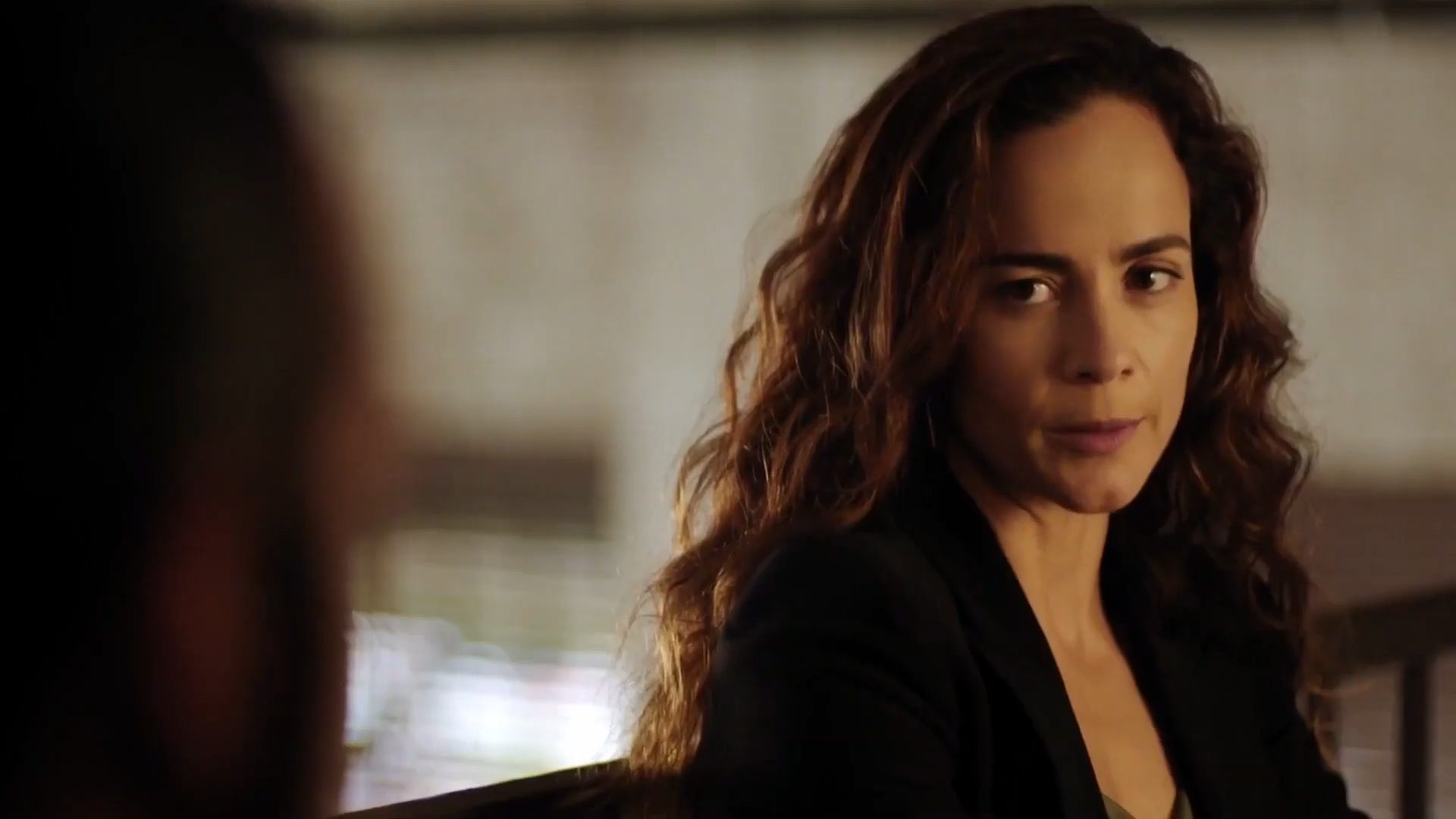 The first episode of Queen of the South was aired on 9 June 2019. It is a crime drama television series, which is produced by Lorenzo O’Brien, Robert J.Wilson, Mathew J. Liberman, and Judd Rea. Queen of South was the adaptation of La Reina del Sur, which also got adapted from a novel written by Arturo Perez-Reverte (a Spanish author).

The important casts of the series is Alice Braga (Teresa Mendoza), Peter Gadiot (James Valdez), Veronica Falcon (Dona Camila Varga), Hemky Madera (Pote Galvez), Joaquim de Almeida (Don Epifanio Varga), Justin Machando (Brenda Parra) and many others. In the article ahead, we will be discussing the series similar to Queen of the South but before that let us discuss the storyline of this series.

Queen of the South revolves around the character Teresa Mendoza (Alice Braga). She was a poor woman, living in Sinaloa, Mexico. Instead of letting her life get ruined in poverty, she chooses to turn the fate wheel by building a vast drug empire. And in no time she accumulated much of the wealth. But this could not give her a peaceful life.

When she was poor, she was fascinated by a member of a drug cartel, who later becomes her boyfriend. Ahead in the series, she was forced to flee because of the murder of her boyfriend. She then landed in the United States where she started her own drug business. There she attracted the attention of drug dealers. She became successful but the success created more problems than she ever faced in her life.

Series Similar to Queen of the South

This series is captivating and takes the audience into the world of crime. Therefore, it is a little bit difficult to google shows that would provide as much thriller to your mind as this one. So, to ease your problem, we brought to you some series that are similar to Queen of the South and also will interest you. We will be talking about Ozark, Animal Kingdom, Narcos, and The Blacklist,

The first name that comes under this category is Ozark. The series was aired on 21 July 2017. It has a total of four seasons and there are ten episodes in each of the three seasons. Ozark is a crime drama and thriller television series, which was created by Mark Williams and Bill Dubuque. The series has won 32 primetime grammy awards. 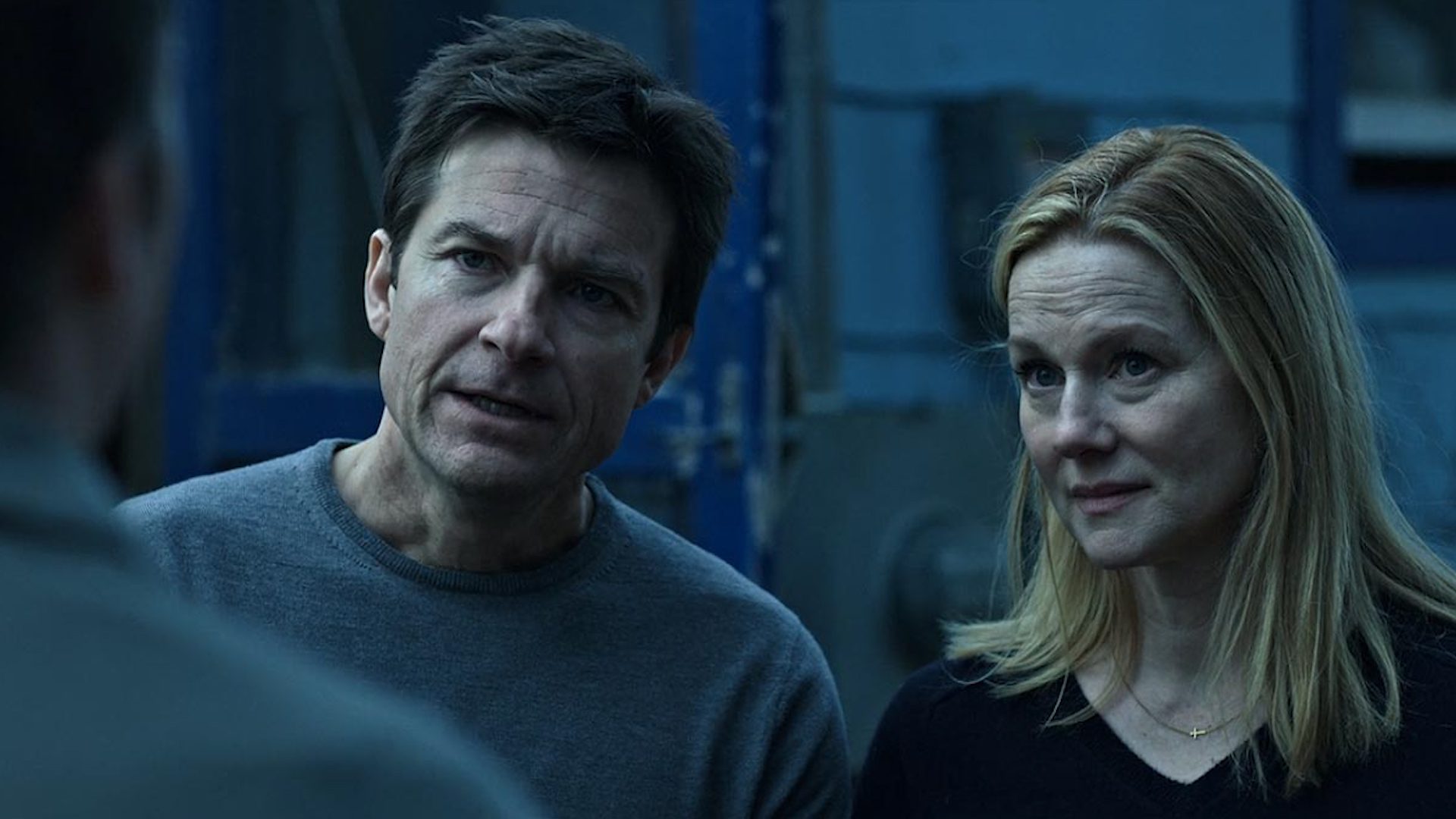 Similar to Queen of the South, Ozark also featured the drug dealing business. Ozark revolves around the story of the Byrde family. Martin Byrde and Wendy Byrde are husband and wife. They are involved in a money-laundering business. For this reason, they moved from the Chicago suburbs of Naperville to the resort community of Lake of the Ozarks.

The reason for their moving to the Lake of the Ozarks is the failure of money laundering for the Mexican drug cartel. The lake of Ozark is located in central Missouri. But later in life, the Byrde family gets entangled with several problems and crimes. You can watch Ozark on Netflix.

This serial drama series was first aired on 14 June 2016. It has five seasons with a total of 62 episodes. Each episode has a running time of 45 to 55 minutes. Jinny Howe, Andrew Stearn, Terry Murphy, and Llewellyn Well are the producers of the series. 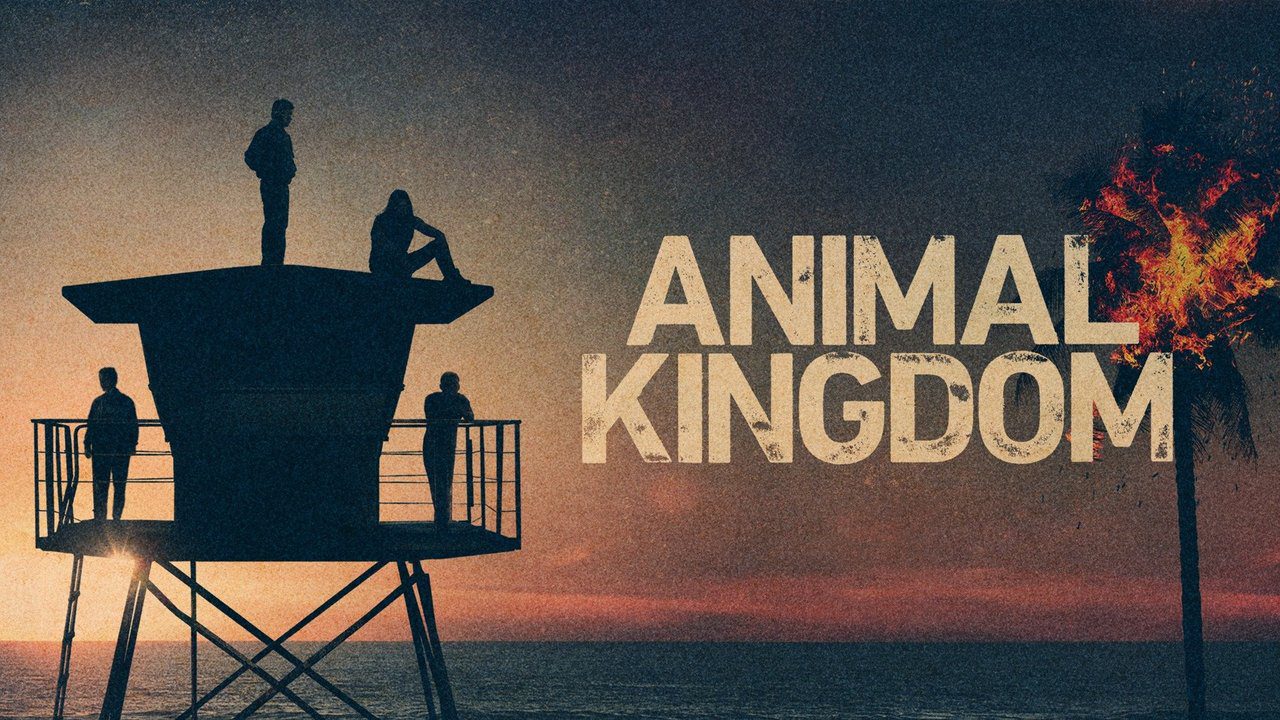 Animal Kingdom is also a crime drama series. The series revolves around the life of a criminal “Cody” family. This family follows the path of matriarch Janine “Smurf” Cody (Leila George). Animal Kingdom starts with the death of the mother of a 17-year-old boy Joshua (Finn Cole).

This crime drama series is based on a true-life event of drug kingpin Pablo Escobar. Narcos was first aired on 28 August 2015 and last aired on 1 September 2017. The series has three seasons with thirty episodes. Each episode has a running time of 43 to 60 minutes. One can watch this show on Netflix. Chris Brancato, Doug Miro, and Carlo Bernard are the creator and Christopher Riandee is the producer of Narco. The main cast and characters of the series are Wagner Moura (Pablo Escobar), Boyd Holbrook (Steve Murphy), Pedro Pascal (Javier Pena), Joanna Christie (Connie Murphy), Maurice Compte (Colonel Horacio Carrillo), Andre Mattos (Jorge Ochoa), Roberto Urbina ( Fabio Ochoa) and others. Let us discuss what makes Narcos similar to Queen of the South. 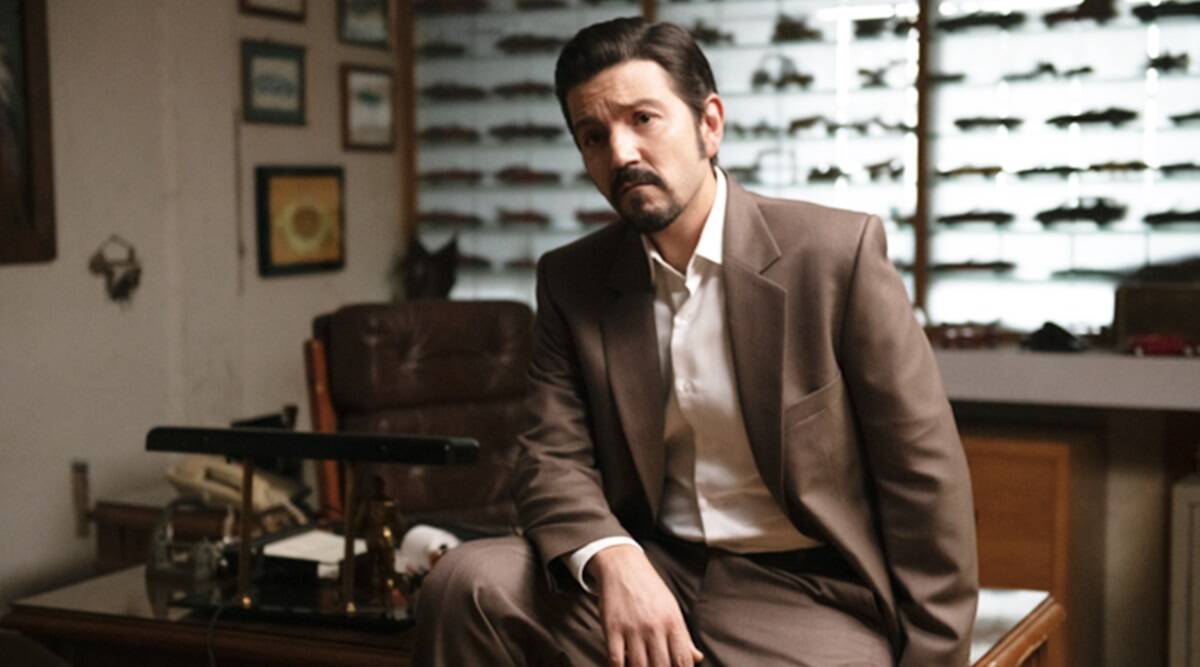 Narcos shows the life of a drug dealer Pablo Escobar (Wagner Moura), who started manufacturing cocaine from the year July 1992. This series roams around his life and how he became a successful and wanted cocaine manufacturer. The show is telecasted from the perspective of an American DEA agent Steve Murphy (Boyd Holbrook). During the time, illegal things like alcohol, cigarettes, etc were forbidden to enter Columbia, Escobar was the one who did it and got renowned by Black Marketeer.

Later Escobar started his business with Mareno. In the business, Mareno was producing and Escobar was distributing the cocaine drug. In very little time, they together established their business by building larger businesses in the rainforest. Soon Escobar started sending these drugs to America. To stop the import of cocaine into the United States, a group called Murphy’s task force was led. 91% of people on Google liked the Narcos series.

Blacklist is another series that is very much similar to Queen of the South. This is a crime drama, thriller, action, mystery television series, which was released on 23 September 2013. The blacklist has a total of 12 seasons with a total of 185 episodes. Each episode has a time length of 40 to 45 minutes. Anthony Sparks is the producer and Jon Bokenkamp is the creator of The Blacklist. 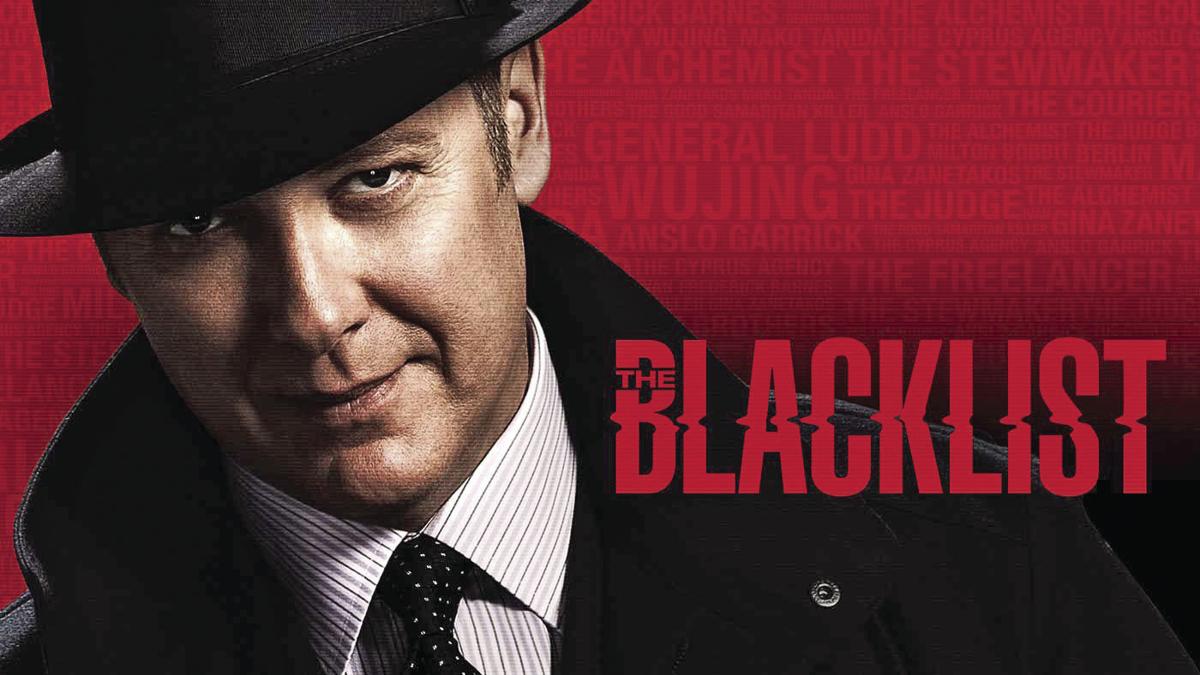 Similar to all the series we have discussed so far, The Blacklist is also a crime drama series. The series revolves around an FBI agent Raymond “Red” Reddington. He spent twenty years of his life just to discover the most wanted terrorist in America. After twenty years he surrendered himself to senior FBI officer Harold Cooper (Harry Lennix). He then convinced him with his two wishes to discover the terrorist. He demanded protection from prosecution, and he wants to work only with Elizabeth (Mega Boone). Later, they killed a terrorist. But Raymond exclaimed that he is just one of the terrorists from the blacklist.

Almost in all the episodes of The Blacklist, you will get to see Raymond and his team killing at most one terrorist. All the terrorists are involved in criminal activities. One can watch The Blackout on various streaming platforms like Netflix, NBC, and Amazon.

All the series that we came across in this article are better from one another. However, I would recommend you to first watch Ozark. This series is almost similar to Queen of the South. It will give you the same thrill that you have experienced in Queen of the South.

Also, read – Jin Sung Woo Facts From Solo Leveling That You Must Know About