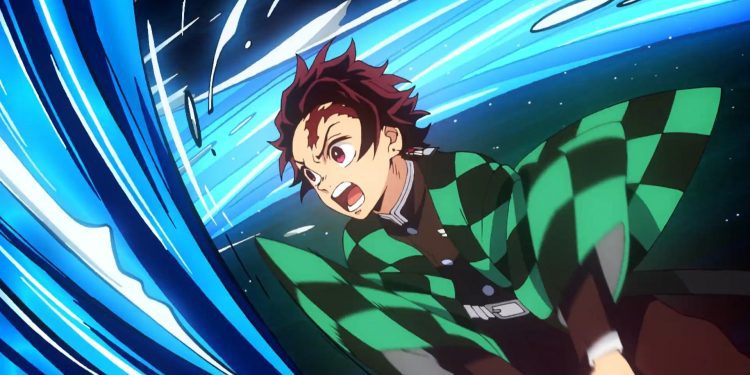 Demon Slayer is a show that takes place in a world where Demons are creatures that used to be humans. These humans sell their sense of humanity for power and supernatural abilities and consequently have to feed on humans to survive. They have powers like magic, regeneration, and super strength. Humans have been at war with these demons for many years. The secret society, Demon Slayer Corps, is made up of humans who possess a special technique called Breathing Styles. The demons can be killed in certain ways. Either by using a weapon made of an alloy called Sun Steel, being exposed to sunlight, or if they are given the poison extracted from wisteria flowers. Tanjiro Kamado is the protagonist of this show, and there are some interesting facts about him that you might have missed out on. So, we have brought them all here.

Being the sole breadwinner of his house after the death of his father, Tanjiro was responsible for his mother, two sisters, and three brothers. One day while he was out running errands, Tanjiro’s entire family was killed by Muzan Kibutsuji. He only spared his sister Nezuku, whom he turned into a demon. Despite being turned into a human, Nezuku has surprisingly retained her humanity and is very possessive of her brother and other humans in general. The plot of this series is about Tanjiro going on a quest to find a cure for Nezuku and turn her back into a human.

Who is Tanjiro Kamado?

Tanjiro Kamado is a Demon Slayer in the series who is on a journey to help his sister turn back into a Human. He wants to hunt down the demons that killed his family and avenge them. Tanjiro used to be a coal burner before he dedicated his life to finding the Demon King, Muzan Kibutsuji. Tanjiro is known for being very kind and empathetic, despite his ulterior goals in life. He doesn’t show mercy when killing demons. But if the demons had expressed regret in their actions before their death, then Tanjiro let’s no one bad mouth about them.

Tanjiro is a very skilled fighter, which we see from the beginning of the series. After his training with the Demon Slayer Corps, he becomes even stronger and has all senses and talents heightened. Apart from being an admirable fighter and a great brother, Tanjiro had a lot of great qualities and talents to his name.

Also Read:  Will Tanjiro Kamado Die in Demon Slayer? How Will He Die?

Tanjiro is very good at thinking on his feet. He’s able to assess events and act accordingly, which makes him a good fighter. He’s able to make use of his Breathing Styles, which are swordsmanship skills that are taught by the Demon Slayer Corps. Demon Slayers such as Tanjiro himself are taught how to control their breathing in order to achieve the most in every situation. Tanjiro mastered many different types of breathing styles which adds to his adaptation on the battlefield. Everything that he’s learned or picked up involuntarily on this journey of his, Tanjiro is able to apply it to real-life instances. All of these traits make Tanjiro compliant in all stages.

2. Tanjiro is Able to Smell Anything Underground

Tanjiro has always had a strong sense of smell, ever since he was a kid. This strong sense of smell of his allows him to smell the small pauses that his opponent takes during fights. Sensing this makes it easier for him to attack them at their weakest and win these battles. This ability of Tanjiro helps him detect traps and dodge them, differentiate between species and even be able to pinpoint their exact locations. Tanjiro is also able to sense emotions in humans and demons after some training. A lesser-known fact about Tanjiro and his sense of smell is that he can even smell if anyone, or anything, is present underground.

4. Tanjiro Has An Indestructible Forehead

Tanjiro’s forehead has survived the harsh conditions that he puts his head through. His forehead is hard enough to break through hard substances that would normally injure a person. Tanjiro is able to knock out demons and humans and even make them pass out without any damage done to himself. Tanjiro’s will to be strong often lets him use his body to an extent he was unaware of.

5. Tanjiro Looks Similar to His Ancestors

This is a fact from the Manga that Anime watchers might not be aware of. Tanjiro had an ancestor by the name of Sumiyoshi, who looked remarkably like him. Sumiyoshi was also a Coal Seller, like Tanjiro himself. Tanjiro is said to be the spitting image of Sumiyoshi apart from the long hair that he used to rock. Tanjiro knows about him from a memory that he inherited. In this memory that came to him as a dream, Sumiyoshi is seen meeting the legendary Yoriichi Tsugikuni, the Sun Breathing User.

Tanjiro is one of the kindest characters in the entire show, and this fact is not up for debate. Tanjiro is known to show mercy to almost every being except Demons. The first person to bring out his full rage is Muzan, the Demon King. Although Tanjiro is very calm and collected most of the time, he was in full rage on encountering the Demon King. Initially left confused by Muzan when meeting him with his human family, when the Demon King escaped Tanjiro’s grasp the next time they met, Tanjiro screamed about wanting to cut the former’s head right off.

7. Tanjiro is Banned From a Training Activity

In the manga during the Hashira Training Arc, he witnesses the hatred two brothers have against each other, Genya and Sanemi. Sanemi is the Wind Hashira and was accused by Genya of murdering their mother. Tanjiro sensed the tension between them, and despite knowing Sanemi’s position, he interfered with this quarrel between the brothers. This causes an argument between Tanjiro and Sanemi, where Sanemi confirms that although he would never kill his brother, he wanted to injure him heavily. This brawl between Tanjiro and Sanemi ended with Tanjiro being banned from the next Hashira training courses.

8. Tanjiro Falls into a Coma

Another fun fact for the anime-watching fans, Tanjiro falls into a coma after his battle with Daki. It is during this time, while he is in a comatose state for two months, that he dreams of his ancestor meeting the Sun Breathing User. While in this state, Kanao is the one who looks after Tanjiro along with a Kakushi named Goto. Tanjiro wakes up in chapter 100 and is welcomed back warmly by Kiyo, Sumi, Naho, and Aoi.

9. Tanjiro is Daring, But Not Reckless

Tanjiro is known for taking huge steps and risking a lot of things in the process, including lives. But it should be known that all the risky steps he takes are always calculated. For instance, during his Swamp Demon battle, he jumps into the pool of shadows, knowing the dangers of it. He did this in an attempt to save the girl who was stuck in there after being kidnapped by the Swamp Demon. Although this step of Tanjiro’s might seem reckless and stupid, he managed to pull the girl out of the pool before he was submerged.

Tanjiro knew that he would survive in that extreme condition with the help of his Water Breathing technique, which he did use. He used this strategy and was able to save himself along with the kidnapped girl.

10. Tanjiro Turns Into a Demon

In a final epic battle against Muzan, the Demon King, Tanjiro manages to defeat him. Although before he died, Muzan transferred all his emotions through his blood into Tanjiro, turning him into a mindless demon. Having lost all his humanity and not knowing any better than any other demon, he attacks the Demon Slayers. As any demon would do, he mindlessly tries to harm the Humans around him. Tanjiro turns into a Demon.

He continues doing this until he is reminded of his human self when he is hit with a flashback. He thinks back to good memories from back home with his family and Nezuku, while Muzan tries to convince him to remain a demon. In the end. It’s Nezuku, in the end, who is able to bring him back to his senses and help him return as a human.