The Celestials are celestial beings in Marvel comics that are said to be the first species to exist after the Big Bang in the Marvel Universe. They are God-like beings with God-level strength, tasked with guarding planets and civilizations. Marvel Comics has revealed several celestials to its fans, but have you ever wondered who the strongest of them all is? We have compiled a list that may be of assistance to you.

There is a common mistake about the Celestials in Marvel Comics: they are frequently assumed to be the beings who created the universe, although this is not the truth. Instead, these entities took control of various portions of the Marvel universe, serving as judges simply because they could. Every Celestial has a particular role that they play for millions of years. They’re humanoid beings with impossible-to-measure powers, but it’s interesting to try to assess their relative strengths regardless — especially those termed “Celestial” in separate realities like the MCU. 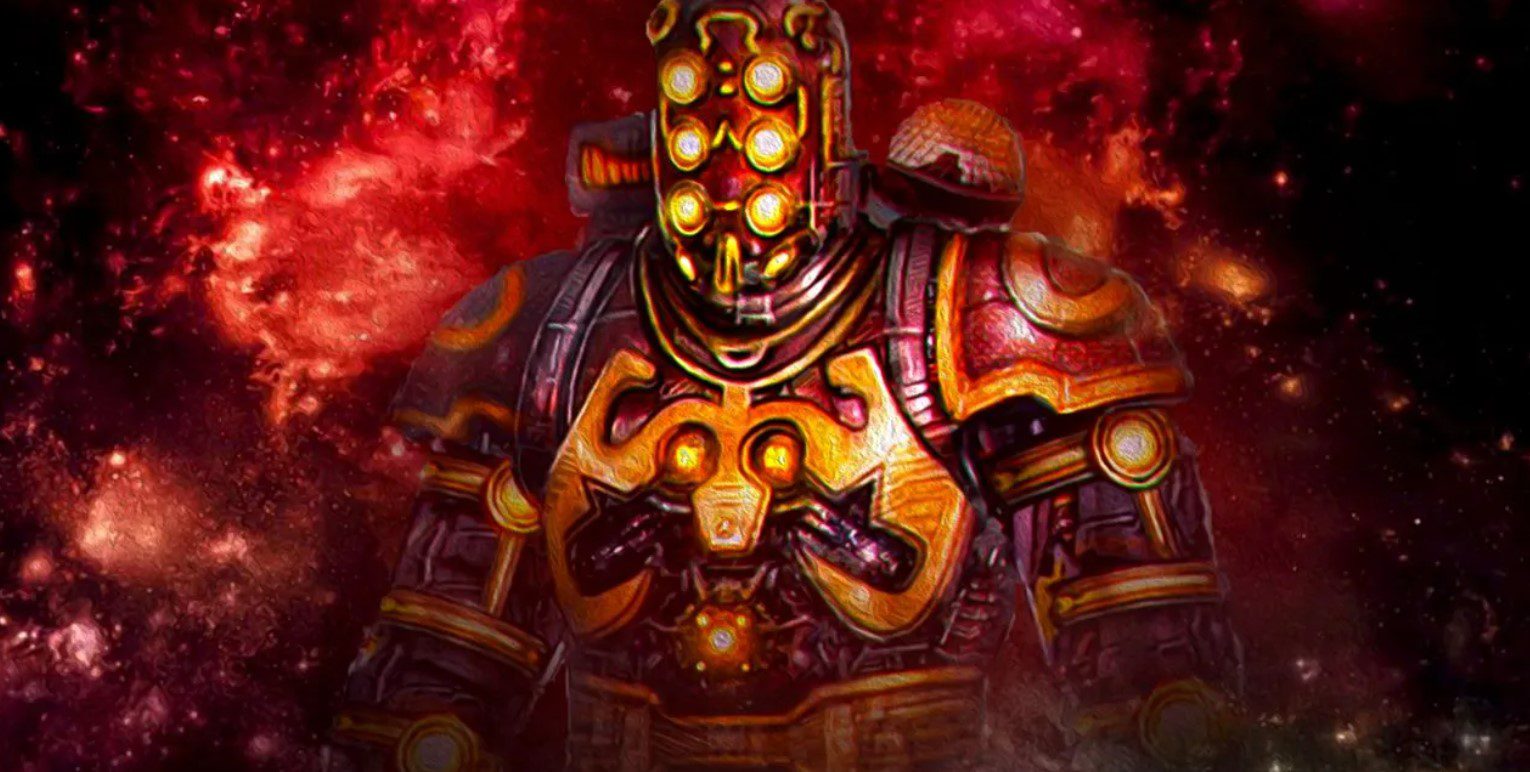 The Celestials gave the Godstalker the authority to police their laws throughout the universe. Lord Tantalus, the Deviant conqueror, was sent into exile to Earth thousands of years ago by the Celestials. Tantalus was assigned to impose Celestial Rule after repairing his ship’s stardrive and returning to Armechadon. Conversely, The Godstalker was working with old material and felt Tantalus was unable to bear children. Godstalker recognized Tantalus’ unique genetic energy signature, the Black Legacy, in Tantalus’ son, Lucian, when he landed on Earth.

The Godstalker was skeptical of Lucian’s claim to be a descendant of Tantalus, assuming that Lucian was simply Tantalus disguised. He was, after that, assigned to the Annex of Desecration. The Eternal Druig was atomized while attempting to steal a Celestial weapon to use against his creators. This wounded was not lethal, but its essence was captured and imprisoned in the Desecration Annex by the Godstalker for his crime.

The Phoenix Force’s nature varies from story to story, but it is commonly associated with cosmic powers, classifying it as a Celestial in many renditions. Jean Grey is by far the most well-known host of the Phoenix Force, despite being corrupted by its great power.
As the Dark Phoenix, Jean Grey has the power to extinguish mutants and humans alike. She did combat a Celestial in this form, but she was defeated. However, this version of the Phoenix Force is still powerful enough to earn a place among the Celestials.

Valknar the Exhumer belonged to the Dark Celestials’ Final Host. A race of deformed and furious Celestials infected by the evil Horde. Loki gathered the rest of his people and enabled their arrival on Earth to clean up the planet after freeing Zgreb, the Sorrower. The advent of Horde insects, which had been resting deep beneath the Earth’s surface, coincided with the arrival of the Dark Celestials. Some of the planet’s heroes tried in vain to oppose the invaders. Captain America attempted to eradicate the Dark Celestials by teleporting them to the Sun with Alpha Flight’s Omega-level Warp Grenades. 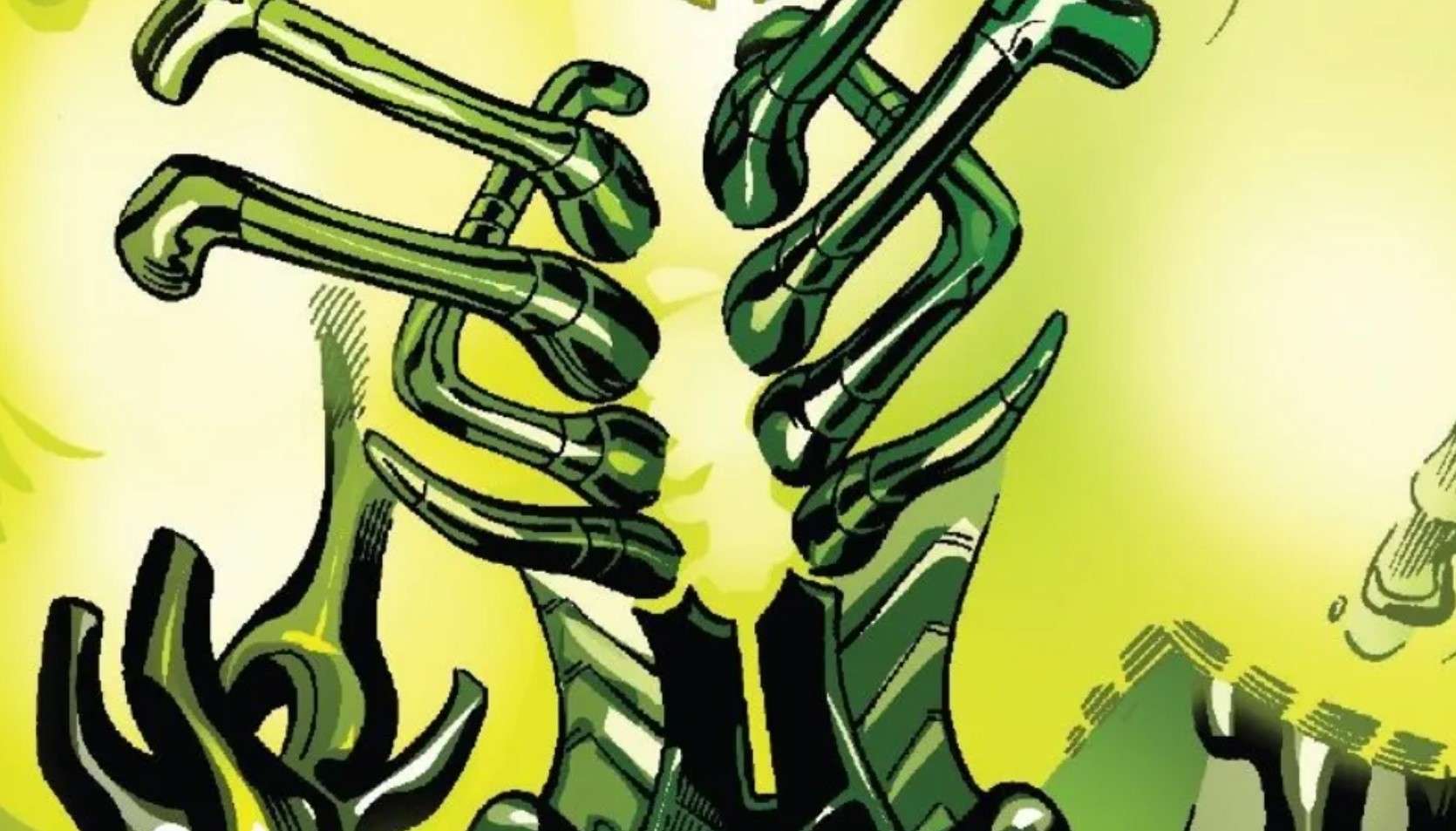 Groffon the Regurger is a mysterious Celestial with a distinct drive distinguished from the other Celestials. This Celestial ate planets and then vomited the material back onto the Earth. Groffon accomplished this to improve the planet’s conditions for its children, known as Gurgers. Deadpool wanted to expand his mercenary business, so he arranged for Groffon to invade Earth. He killed Groffon with a particular gun, putting an end to the threat posed by one of the strangest Celestials in the Marvel Universe.

Loki says that The Progenitor was a Celestial Alpha who arrived on Earth 4 billion years ago after being infected by the Horde and dying a sad and agonizing death. The infected bodily excretions from the Celestial seeped into the Earth. After that, he seeped through the primitive planet’s surface, irreversibly altering the Earth’s evolutionary path. Loki also stated that this procedure was the origin of many people’s superhuman abilities on Earth. The body of the Progenitor lay inert in the Arctic Circle, and its last burial place had become the bottom of the Arctic Ocean at the North Pole.

Loki grabbed Captain America and transported him to the Progenitor’s resting place after aiding the entrance of the final host of the Dark Celestials to clean up the land. The Resurrected First Celestial Host destroyed the Final Host. He removed the Progenitor from his underwater tomb and presented him to the Avengers to serve as their headquarters building and a reminder of the wonders of life on Earth. The corpse was restored by Wakanda’s top architects and technicians and converted into Avengers Mountain.

As a result, the Celestial Madonna flew towards the sun and bore the Star Child. Little is known about the Star Child other than how Leonardo Da Vinci discovered it in Dustin Weaver and Jonathan Hickman’s S.H.I.E.L.D. Maxiseries.

As a result, the Celestial Madonna flew towards the sun and bore the Star Child. Little is known about the Star Child other than how Leonardo da Vinci discovered it in Dustin Weaver and Jonathan Hickman’s S.H.I.E.L.D. Maxiseries.

The Celestial known as Godhead presided over the planet Viscardi for twelve billion years. He only left after the occupants begged him to let them explore the outer universe. In reaction, Godhead created the Black Vortex, the strength of which ignited a war amongst the Viscardi, leaving only one alive.

There was no resolution or explanation in any of this since Godhead quietly left the planet once there was really nothing left to monitor. It’s terrifying to think that this was his only notable performance. It’s difficult to determine how he’d perform against the other Celestials, but the Black Mirror’s transformative power is a decent sign of his upper power levels.

Quiet and powerful, Godhead made the Black Vortex.

Exitar has been granted the moniker Executioner for his involvement in eliminating worlds considered worthless by the other Celestials. Furthermore, Exitar is a line of Celestials who take on the mantle of Exitar if the preceding one dies. Although Sue Storm killed an Exitar, the Executioner remains essentially eternal since another Exitar appears on the scene when its predecessor is eliminated. Thor’s hammer appeared to be the only thing capable of conclusively killing an Exitar. This entity is also said to be more powerful than Odin, Galactus, and the Beyonder.

Sue Storm brought down the destroyer of planets

The Dreaming Celestial, known as Tiamut the Communicator, whose function was to inform the Fulcrum of the results of the Celestials’ planetary investigations and to send a signal to the Horde to collect all of the planet’s life force, which is then transferred to the Fulcrum. The Deviants dominated Earth during the Second Celestial Host, and the Dreaming Celestial was ready to summon the Horde to harvest the entire planet.

Arishem, on the other hand, rescinded the order and exterminated numerous dissenters without harming the other species. Because this was against their procedure, the Dreaming Celestial declared Arishem flawed and attempted to attack Arishem and seize power. The Dreaming Celestial was attacked by the other Celestials who participated in the scheme to kill the Deviants to obtain Fulcrum’s favor. He was imprisoned beneath the mountains.

The Celestials and their dark counterparts known as the Horde serve an all-powerful deity known as The Fulcrum. The Celestial’s creation and destruction of planets generated energy for the Fulcrum, one of Marvel’s most powerful cosmic phenomena.

The Fulcrum then returned it to the Celestials or the Horde, depending on the Eternals/Deviants on the eaten planet. The Fulcrum also keeps an eye on the Watchers as they scan the known galaxies. He even works as a bartender to help direct deceased Eternals to their next step in the afterlife.

Those are the most powerful Marvel celestials! Titans, planets, and enormous entities are capable of doing all sorts of things. We hope you enjoyed our countdown. If so, please share our article with your friends on social media. That’s all the time we have for this topic today on Otakukart. See you soon!