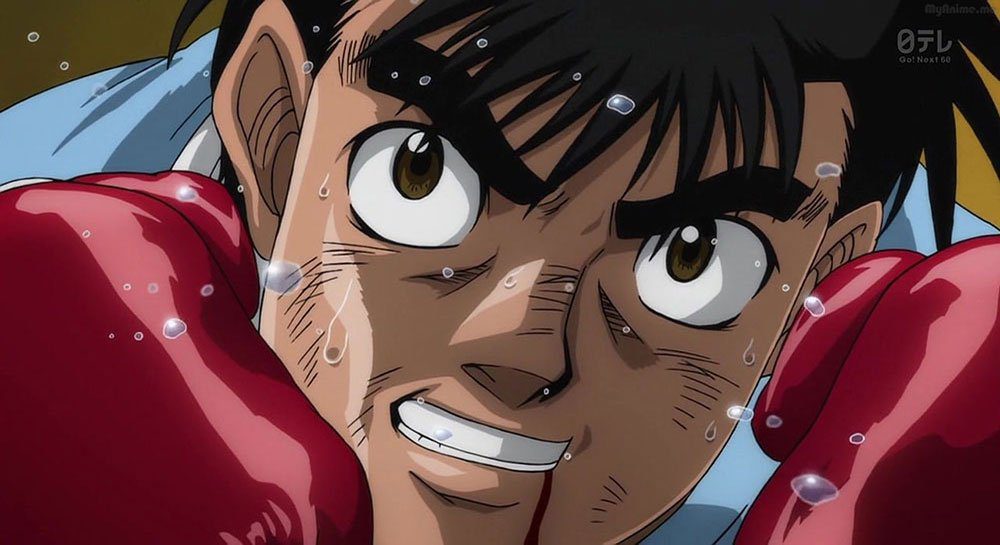 Hajime no Ippo is one of the finest anime series for sports lovers, particularly boxing aficionados. It’s deep, dark, and thrilling, with each individual having a complex narrative and a painful past. We’ll go over some of the strongest characters and all you need to know about them in this post so that all Hajime no Ippo fans may enjoy the story.

Hajime no Ippo, popularly known as Hajime no Ippo: The Fighting!, is a manga series by George Morikawa that has been adapted into an anime television series. It tells the narrative of Ippo Makunouchi, the protagonist, who began boxing in an attempt to address one dilemma: “What does it mean to be strong?”. Ippo Makunouchi was a quiet high school student who couldn’t make friends since he was usually supporting his mother in managing their family fishing charter business. As he was quiet, a gang of bullies led by Umezawa became accustomed to hitting him.

Whenever these bullies gave him a particularly bad thrashing one day, a passing middleweight professional boxer intervened as well as carried the wounded Ippo to the Kamogawa Gym, which is managed by former boxer Genji Kamogawa, for treatment. When Ippo awakened to the noises of boxers practicing, Mamoru Takamura, the boxer who had rescued him, wanted to cheer him up by allowing him to express his anger on a sandbag. They got their initial taste of Ippo’s boxing prowess at that point. Following that encounter, Ippo gave the subject a lot of thinking and concluded that he wanted to pursue a professional boxing career.

Eiji Date, a former featherweight professional boxer, is the owner and instructor of the Date gym. Prior to his second loss to Martinez, he was a JBC, and OPBF featherweight champion yet was usually called to as the world’s second most successful featherweight fighter by Ricardo Martinez. During the happenings of Ippo’s debut national championship route, he performed the first minor adversary. His brother found him a position at his business company when he retired. Date had a successful business career and had been given a promotion, it was revealed. He was, nevertheless, troubled by his inherent desire to box. 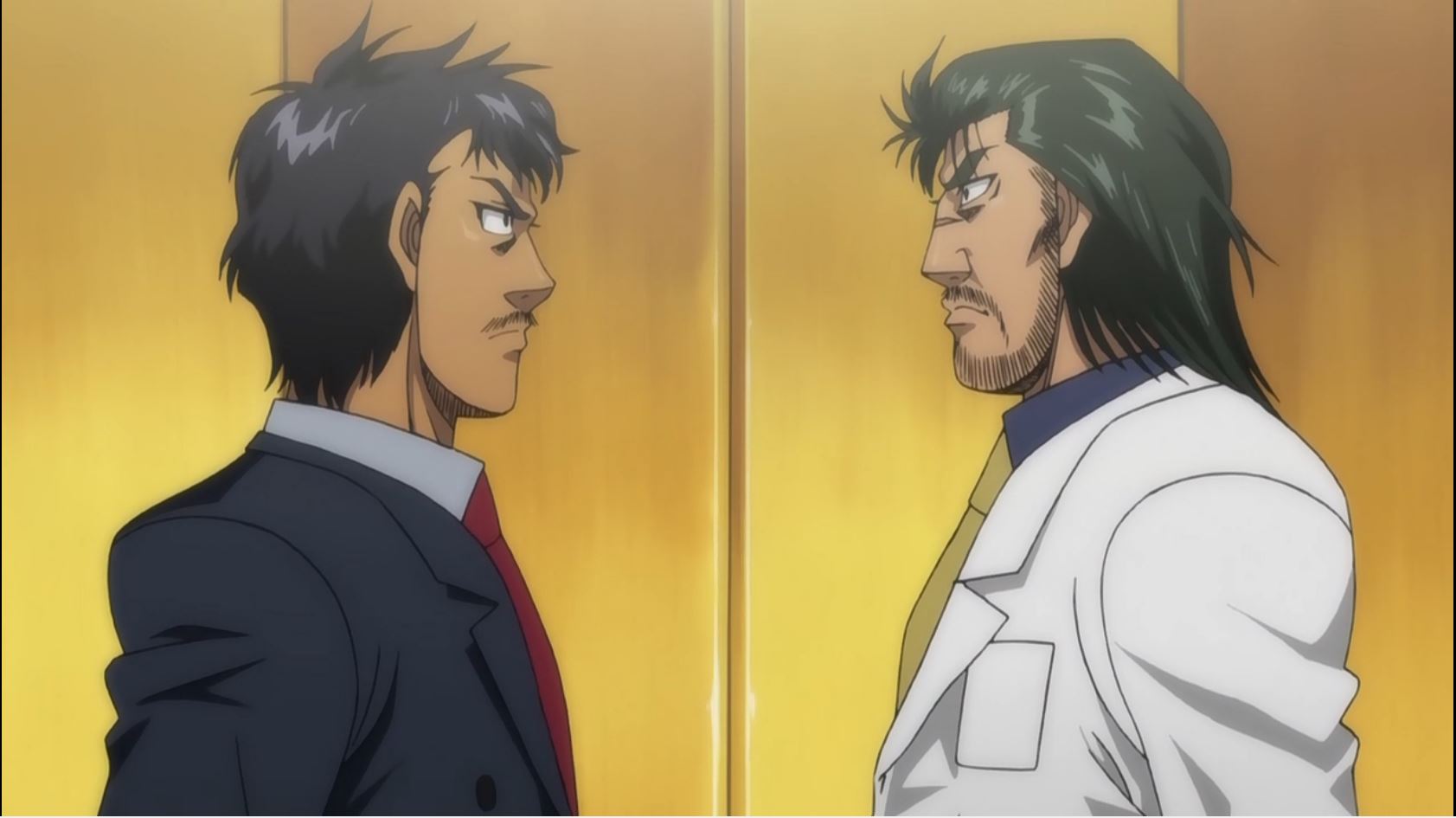 He resided there along with his ailing mother, who perhaps he cherished and looked for. Tragically, the mother’s illness as well as the cold temperature in Russia left her confined and sick. Volg was always on his way to the local hospital, despite his determination. On all these occasions, he came across a wolf and bemoaned his own frailty, conveying his desire to be just as powerful as a wolf in terms of protecting his mother. 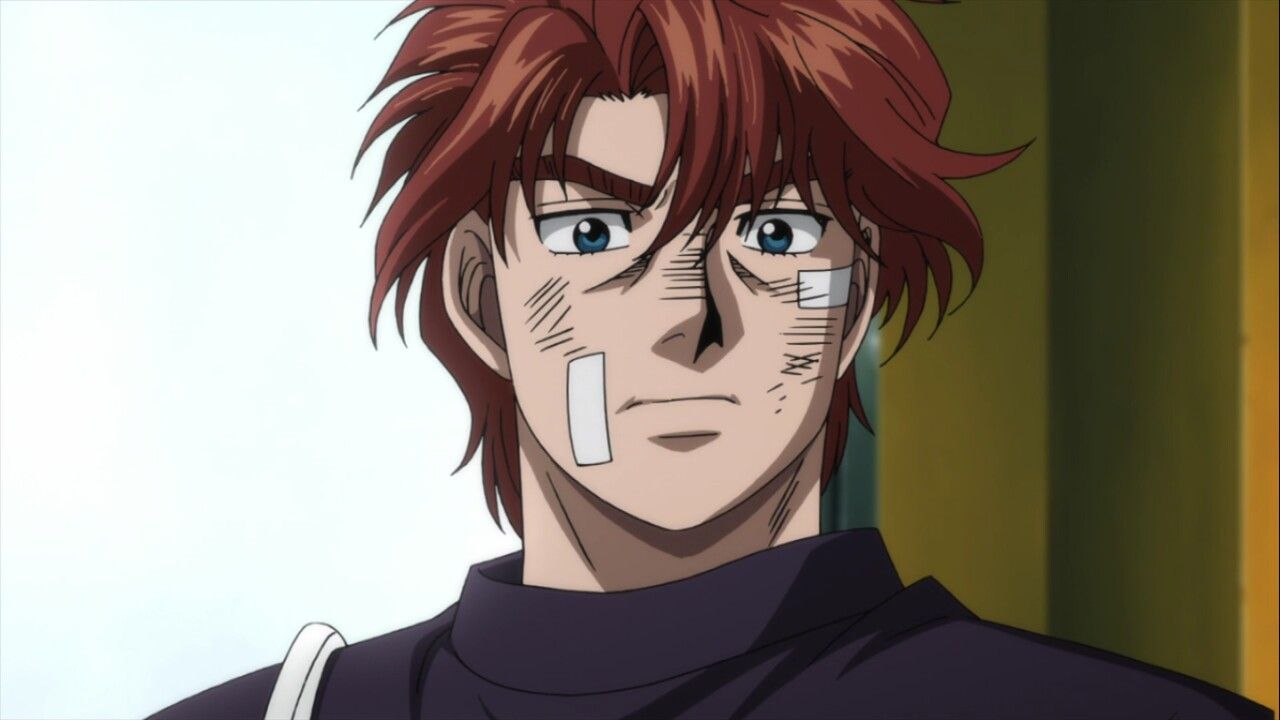 Ry Mashiba is an ex OPBF lightweight champion as well as the older brother of Kumi Mashiba. He is indeed a lightweight multi-weight class pro boxer connected with Th Boxing Gym. While Durin the Rookie King competition, he emerged as the primary adversary. Miyata Ichir, Makunouchi Ippo, Kimura Tatsuya, Sawamura Ryhei, Aaron Domingo, and Iga Shinobu are among his notable opponents. Mashiba has had a habit of misbehaving since he was a child. He experienced a life in which he constantly felt lonely as whether he could only count on himself since no one else trusted him. 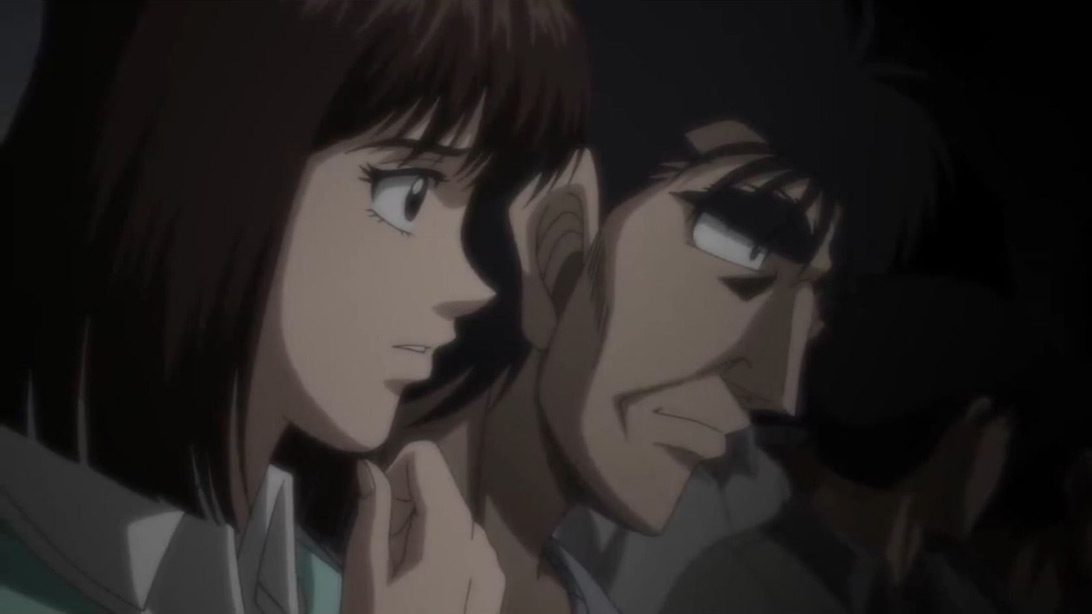 Mashiba had been a disruptive student in school, and he was taught to behave as a kid must. Mashiba’s parents passed away in a vehicle crash while he had been in high school. He pledged two things at their graves: that he’d never depend on anybody except himself, and anyone who endangered Kumi Mashiba will indeed suffer terribly. Although Kumi was welcomed to remain at people’s houses when each of their parents died, they harbored major doubts about Mashiba. Mashiba always had coworkers accuse him of acts he didn’t do, as well as the cops accusing him of crimes he didn’t do.

Takeshi Sendō is a retired JBC featherweight champion and a professional boxer from the Naniwa Boxing Club. He was the major enemy in the Rocky of Naniwa Arc and the Lallapallooza Arc, and he was the second Japanese champion Ippo had to battle for the title. He’s grown into a great rival to Ippo throughout times. When he was a child, his sole ambition has been to battle the toughest people he can find. Sendō’s mother passed away shortly after giving birth, thus he spent his childhood years mainly with his father as well as great grandmother, who taught him to “defend people around you.”

His father, a firefighter, perished and he was a child while saving a small kid around Sendō’s age from a fire. Sendō admired his father a lot, and his demise hit him hard, although he was grateful for everything he did, which inspired him to acquire confidence as he grew older, and he kept following his advice by attempting to serve people. 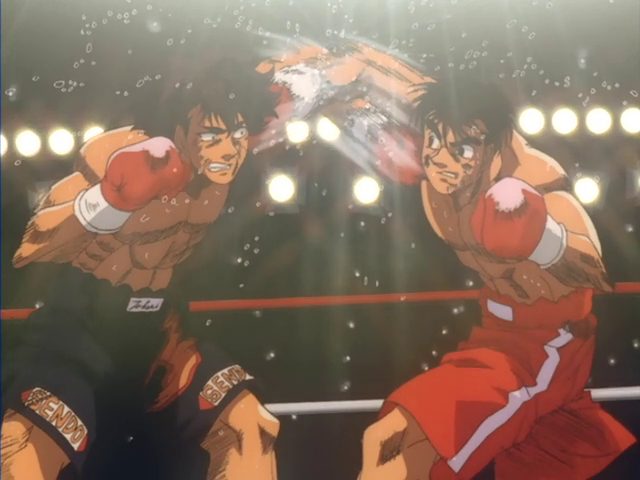 Ichirō Miyata is a professional boxer who is the current OPBF featherweight champion as well as Ippo Makunouchi’s hero and perennial adversary. Miyata is a competent out-boxer who excels in counter punches and has a calm attitude. Many believe him to become a boxing prodigy, and he fights in just the same way as his father. Miyata wanted to take up his father’s technique of boxing following his father was set to quit and establish its value on the international scene. He began his training at Kamogawa Gym, wherein he finally met Ippo and sparred with him. Miyata switches to the Kawahara gym just after two spars, having resulted in Miyata’s triumph and failure, with the expectation of someday fighting Ippo during an official game to finish the fight. 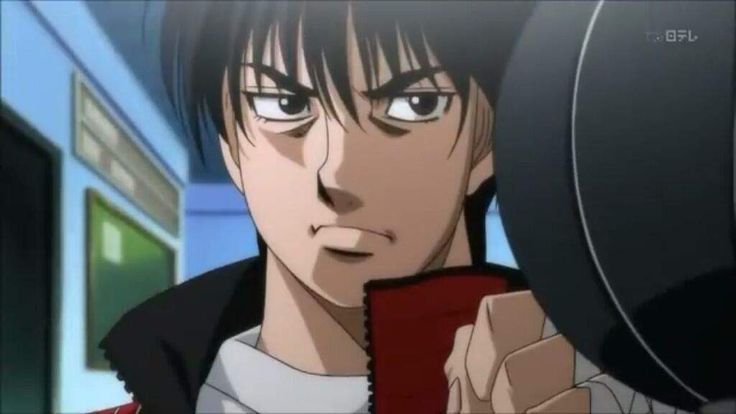 Miyata used to sit at the ringside of his father’s boxing contests when he was a kid. Miyata watched in disbelief while his father was beaten according to what he felt was a “lucky punch” by Randy Boy Senior in his sixth OPBF featherweight championship defense contest. People he knew attended his father in the hospital when he was transported there and had to resign due to a fractured jaw; nevertheless, Miyata remained beside his father’s side constantly. Miyata’s mother abandoned the family, and Miyata’s final interaction with her was through a message she left. Whilst holding his father’s old boxing gloves, something his father didn’t like and hit him, the previously cheery Miyata stopped smiling and spoke less.

Ippo Makunouchi is one of the main protagonists of Hajime no Ippo. He is an instructor, a former reigning featherweight JBC champion, and an ex featherweight professional boxer from Kamogawa club. He began boxing in order to find the solution to a specific question: “What does it entail to be strong?” Since then, he’s developed rivalries with Ichirō Miyata, Takeshi Send, and Ry Mashiba, as well as a unity with Mamoru Takamura, Masaru Aoki, and Tatsuya Kimura, and a profound appreciation for his coach, Genji Kamogawa, to whom he aspires to really be a world champion in order to commemorate the coach’s precepts. He became a trainer upon retirement after boxing, working as a second for fellow gym colleagues while teaching Taihei Aoki as well as Kintar Kaneda. 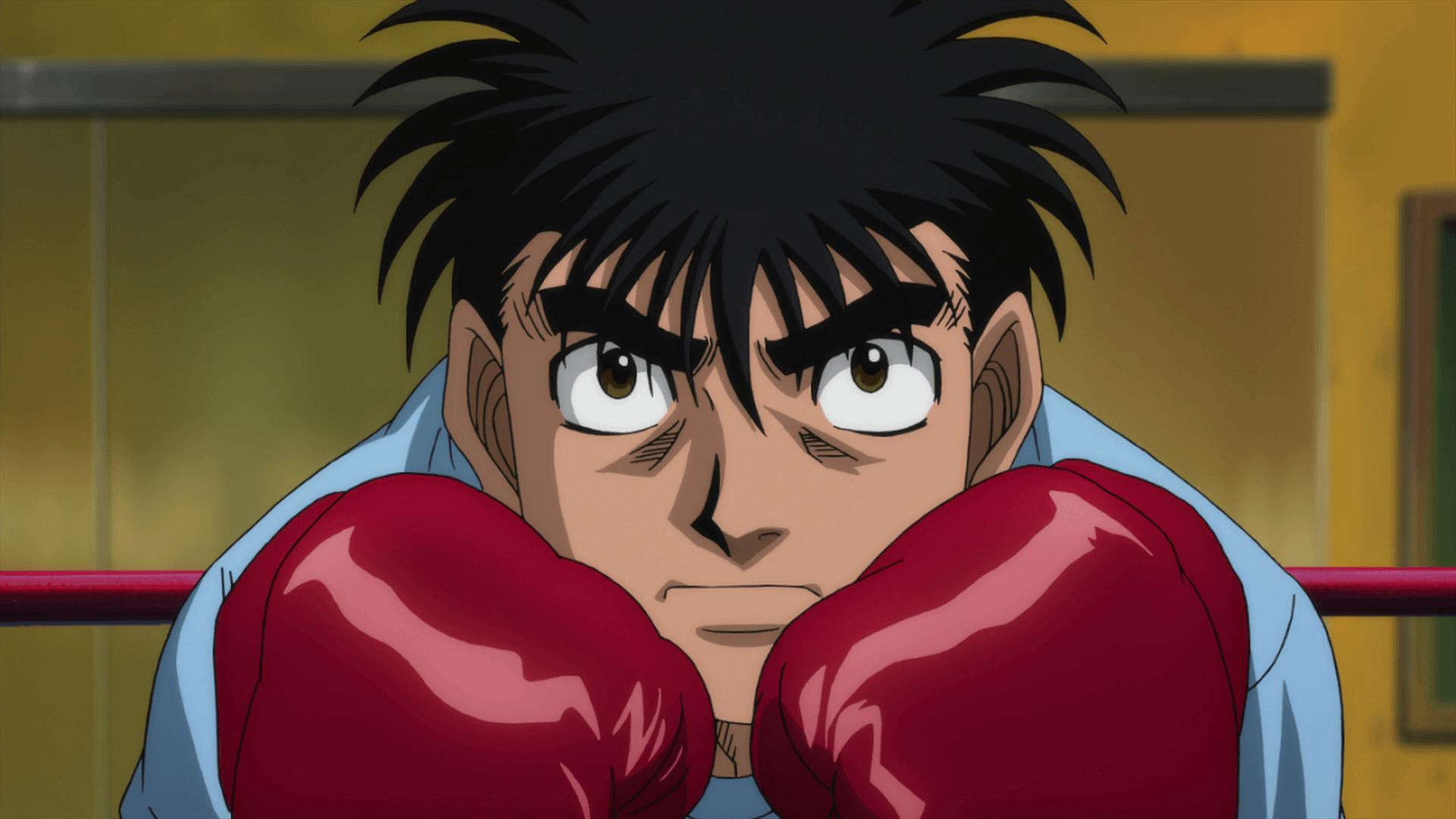 Ippo Makunouchi was raised by a single mother, Hiroko Makunouchi, for most of his youth because his father, Kazuo Makunouchi, perished in his boat fell in a storm while he was young. During the period that his father was absent at sea, Ippo went to the beach daily to await his homecoming. He trusted his father when he said that when he returned, he would never abandon Ippo and Hiroko. Despite the fact that his father haven’t ever reappeared, Ippo was nevertheless able to rest certain that his father kept his pledge by locating the cap he wore.

Ricardo Martnez is the WBA featherweight super champion and the “POUND for POUND” No. 1 in the world. Date Eiji, two times for the WBA championship, and Makunouchi Ippo in a spar are his primary opponents in the series. Alfredo Gonzales has been beaten twice by him. Ricardo’s inherent boxing skill, as per Takamura Mamoru, is incalculable and unearthly. According to Kamogawa Genji, most people enter the WBC championship simply to avoid meeting Ricardo. Ricardo is a name familiar to Mexicans who are unfamiliar with their politicians. Because of Ricardo’s participation in the WBA, WBC champions were not even regarded as the greatest of all time. He’s the one responsible for Date’s infamous scar. 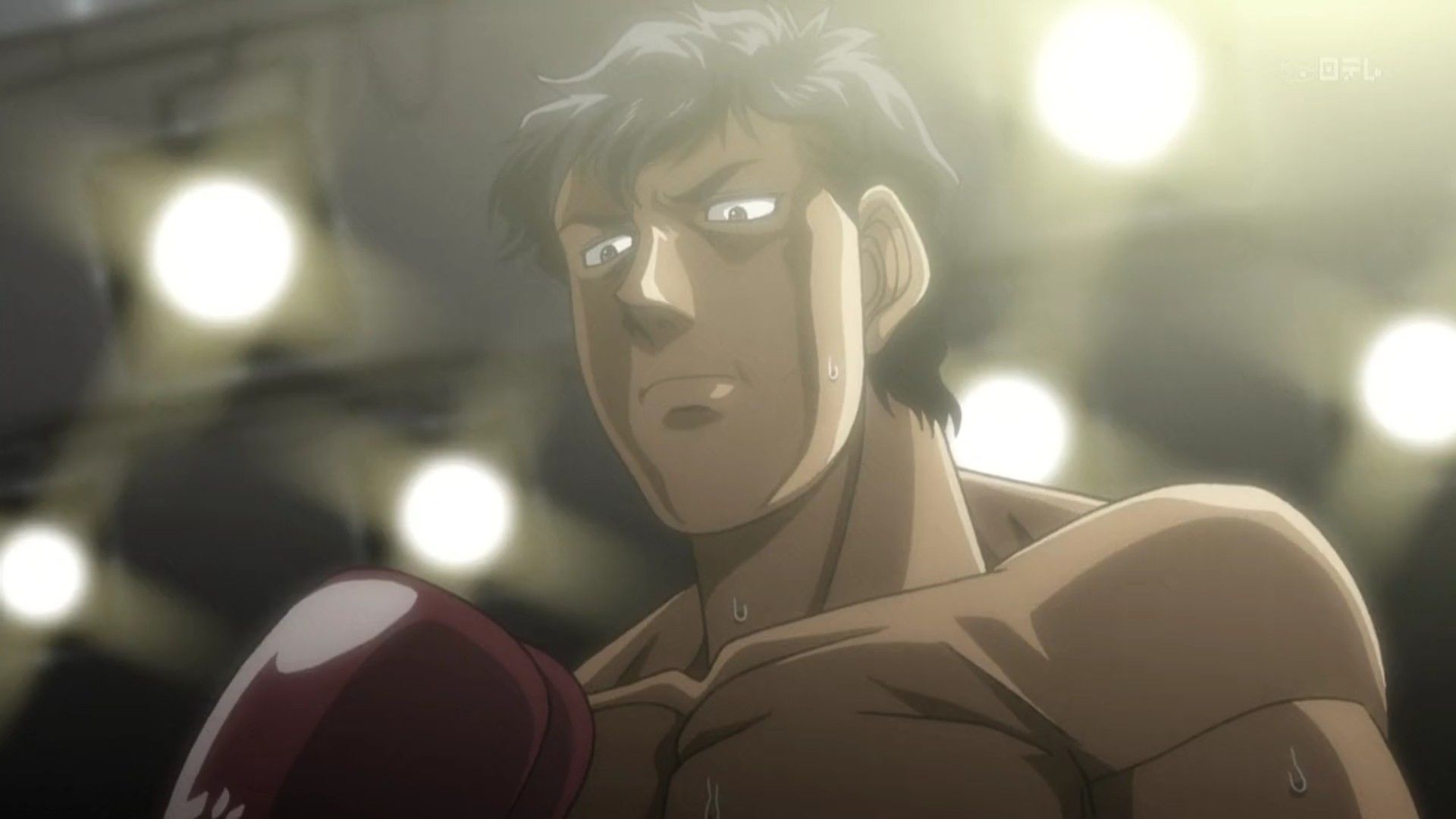 He had become a world champion just at age of 21, and then as time went on, he became renowned as someone that rips all from others who oppose him; he forced the majority of all those who battled him to quit; in a sense, he is the devil, “El Diablo.” He ruthlessly trounced the formidable opponent at the moment, Date, in the second phase from one of his initial challenges like a champion, forcing him to withdraw and seek retribution since at.

Bryan Hawk is a former professional boxer as well as ex WBC junior middleweight champion out from the United States of America, whose been discovered by Miguel Zale, a world-renowned boxing coach while protecting himself against thugs in the streets of his city. He had won a world championship as well as the remainder of the matches simply because of his body and raw ability, despite the fact that he seldom trained and spent more time with ladies than those in the ring.

As a relatively young champion, he met his sad fate when defending his title against the “Japanese Hawk,” who didn’t care if he knew who he was facing. Hawk was overtaken, emotionally shattered to the core, and therefore unable to return to the ring. Hawk was born and raised as a street kid in New York’s rough neighborhoods. He grew up in a world of survival street conflicts, where every day was a battle for existence so only the toughest emerged intact. Repeatedly, he fought firearms and knives only with his arms. 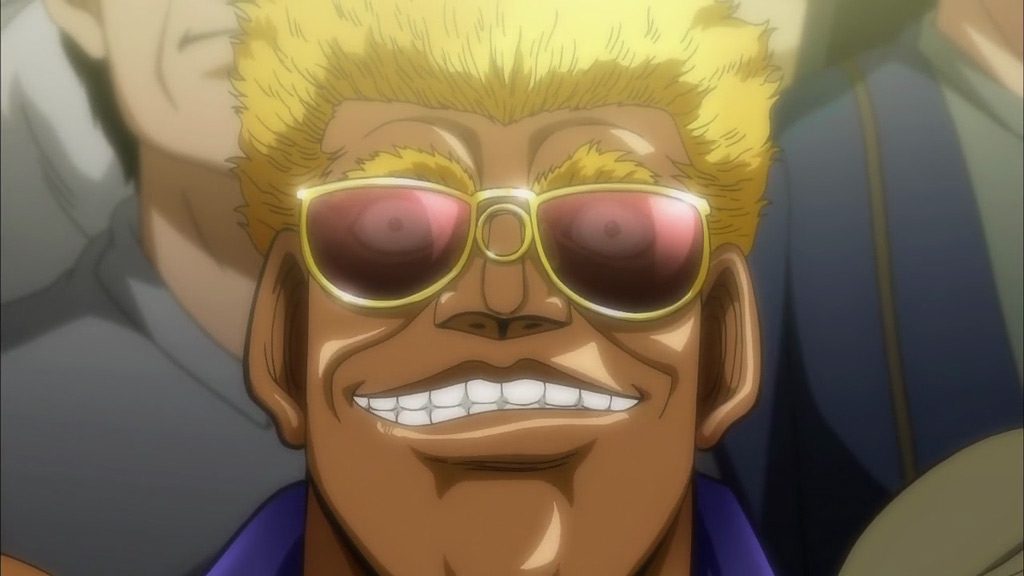 David “Golden” Eagle is a professional boxer from the United States who is a longtime WBC middleweight champion and Olympic gold medalist. He was defending his WBC middleweight championship against Takamura Mamoru for the third time. He was paired with Mike Elliot throughout his Olympic career. At a reception for the Olympic boxing squad, Elliot stated to Eagle that when he enters the professional ring, he intends to have about which is like a chess game, in which both he and his adversary outsmart one another. As Eagle questioned if he thought anyone would be able to stay up with him, Elliot said that if he continued to win, he would ultimately find someone who could. 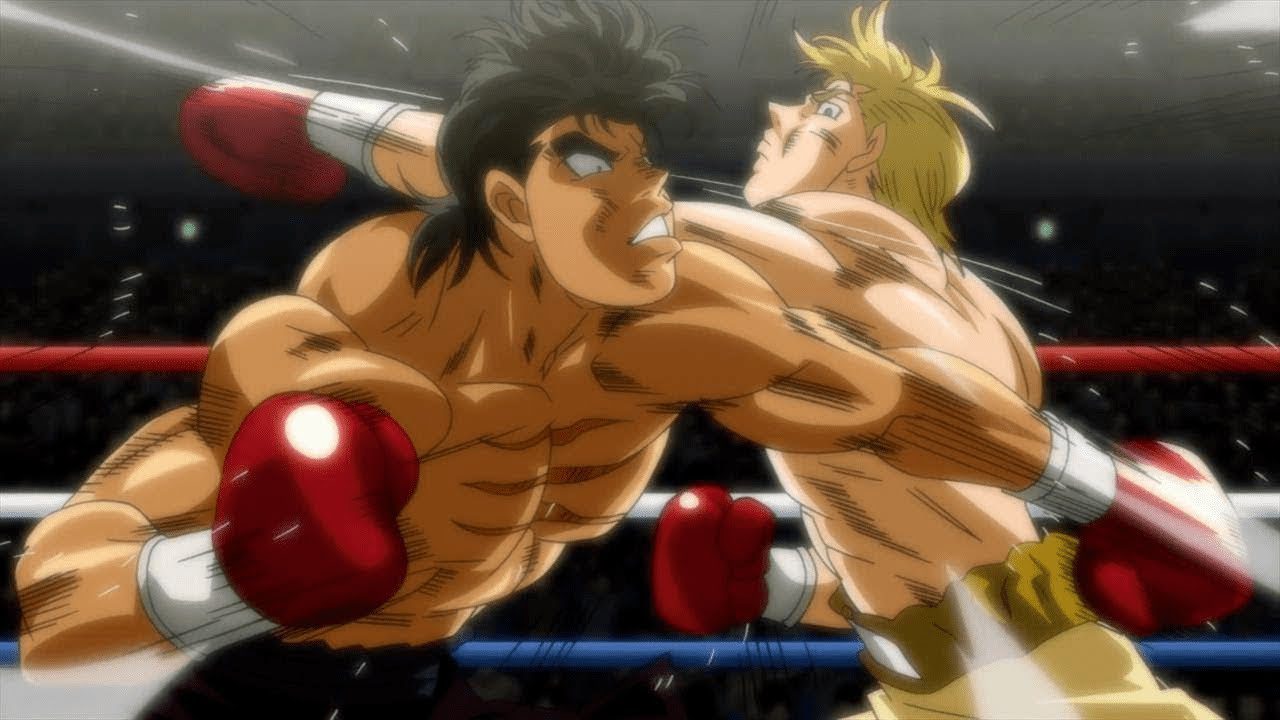 He faced and beat Richard Bison twice throughout the Olympic qualifiers during his Olympic career. Prior to commencing his great pro career, Eagle was indeed an Olympic gold medalist who had gone unbeaten. Eagle was claimed to have never experienced defeat in his fifteen battles before becoming world champion, because of his determination and tactical ability. After watching one of Bryan Hawk’s fights in person as the WBC middleweight champion, Eagle thought that Hawk might be his biggest danger in the foreseeable, and he prepared himself if Hawk intended to win his upcoming weight class. 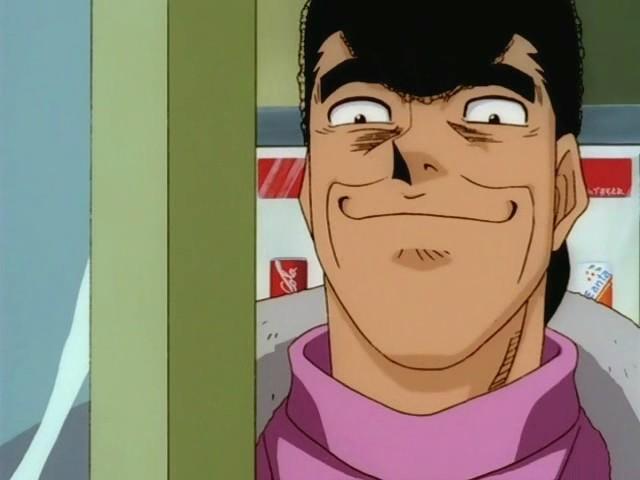 Takamura was the alienated middle son of Takamura Enterprises, with his older sister Kyka as well as younger brother Wataru supporting him. Suguru, Mamoru’s elder brother, and ex-rugby player, persistently slandered his great boxing achievements and perpetuated the stereotype that Mamoru is merely a bully who delights on thugging people. After Suguru’s squad was defeated and spectators were criticizing him during a rugby game, Takamura wounded roughly 20 of such fans, resulting in Suguru’s squad being suspended for a year. Takamura would subsequently live by his own wages as nothing more than a pro boxer, disregarding his family’s considerable riches.