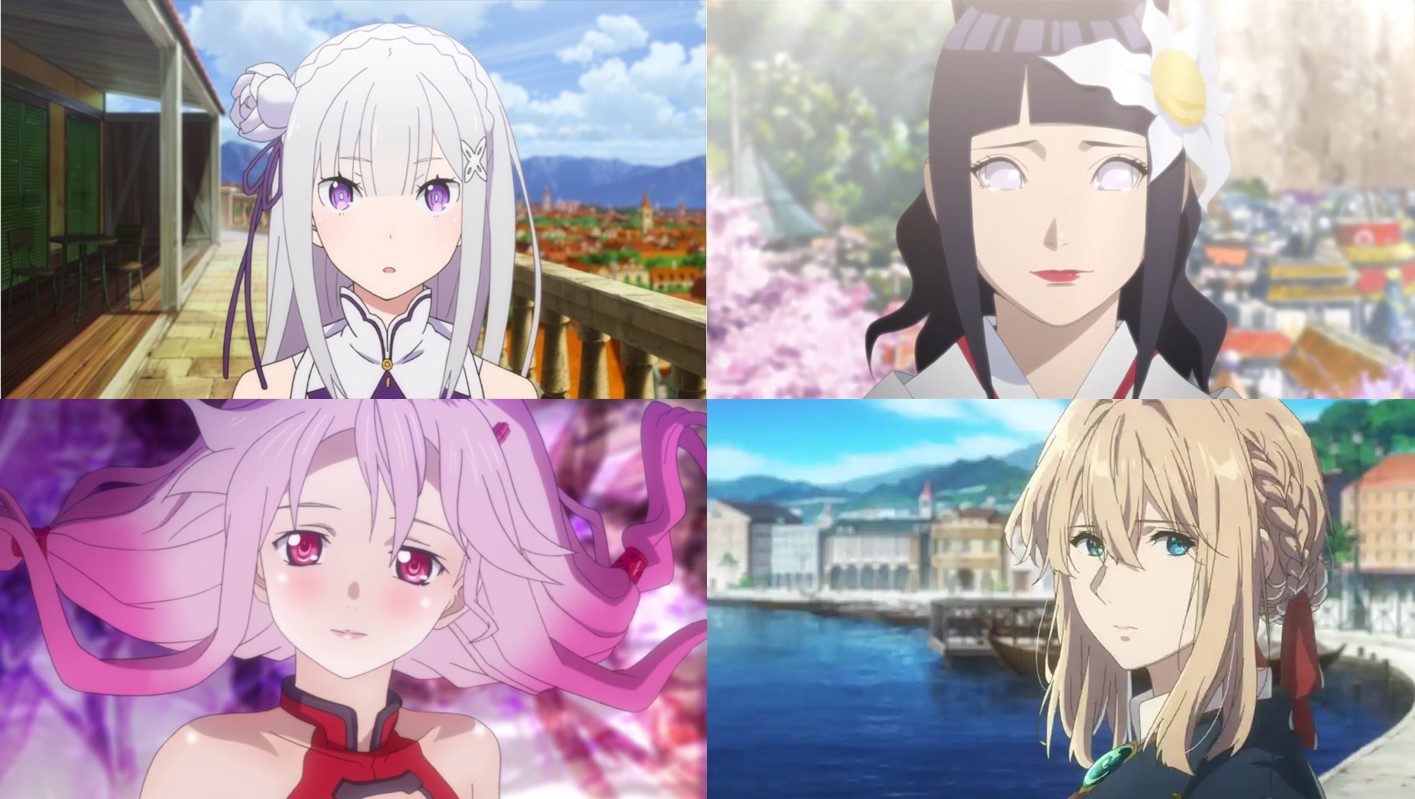 Most anime provide us with interesting characters that have amazing visuals. These characters are usually fans’ favorites and sometimes carry the entire show by themselves. It is given that these characters, towards the end of the show, make a special place in our hearts. Sometimes we even go on to call them “husbandos” and “waifus”. Regardless, these characters are also sometimes the reason one agrees to watch the anime in the first place. Although these characters come from different universes, in the end, they have one thing in common, and that is they all look good. Here, we will be looking into ten female anime characters that are considered to be the most beautiful.

Beauty is something that cannot really be compared and also can come in different forms. Although these characters have beauty in common, they can be considered to be very different from each other personality-wise, which equally causes them to shine and be appreciated by fans. That being said, this blog doesn’t compare the beauty of one character with the other, and thus, the characters aren’t ranked.

Although there are many beautiful female characters throughout the Naruto series, Hinata Hyuga takes the crown for being the prettiest. Hinata first appeared to be a very shy girl. Not only this, but she was also shown to have a huge crush on the main protagonist, Naruto. Hinata was someone who almost seemed like a secondary character, blending well in the background. However, throughout the series, we also see many instances where she steps forward and takes charge of the situation. Describing Hinata, one could say that she appears to be very soft on the outside, but when furious, she can blow up. 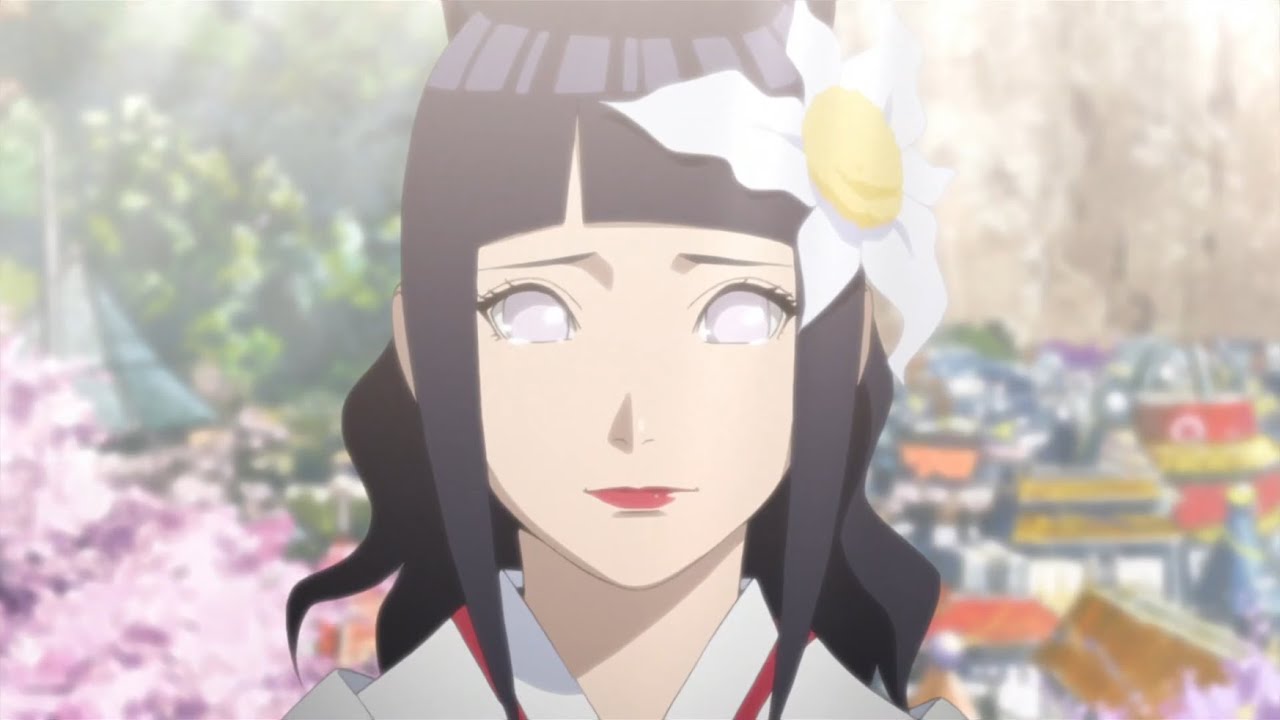 Hinata Hyuga, being the older daughter of the Hyuga clan, had many responsibilities on herself that, initially, she couldn’t keep up with. Being inspired by her crush and future husband, Naruto, she decides to take on challenges and, over the years, grew brave. Hinata has had major character development and is more outspoken than what we knew of her.

Jujutsu Kaisen is an anime that has broken anime stereotypes with its characters. We have many strong female characters who do not depend on any male characters for “saving”. Although there are many bold female characters that are beautiful for their boldness, Kugisaki Nobara is the one that made it to the list. Nobara is one of the main characters in Jujutsu Kaisen. She is also a part of the main trio and good friends with her teammates, Fushiguro and Yuuji, as well as her seniors. She is a girl who is affirmative and has a lot of confidence not only in herself but also in her abilities. 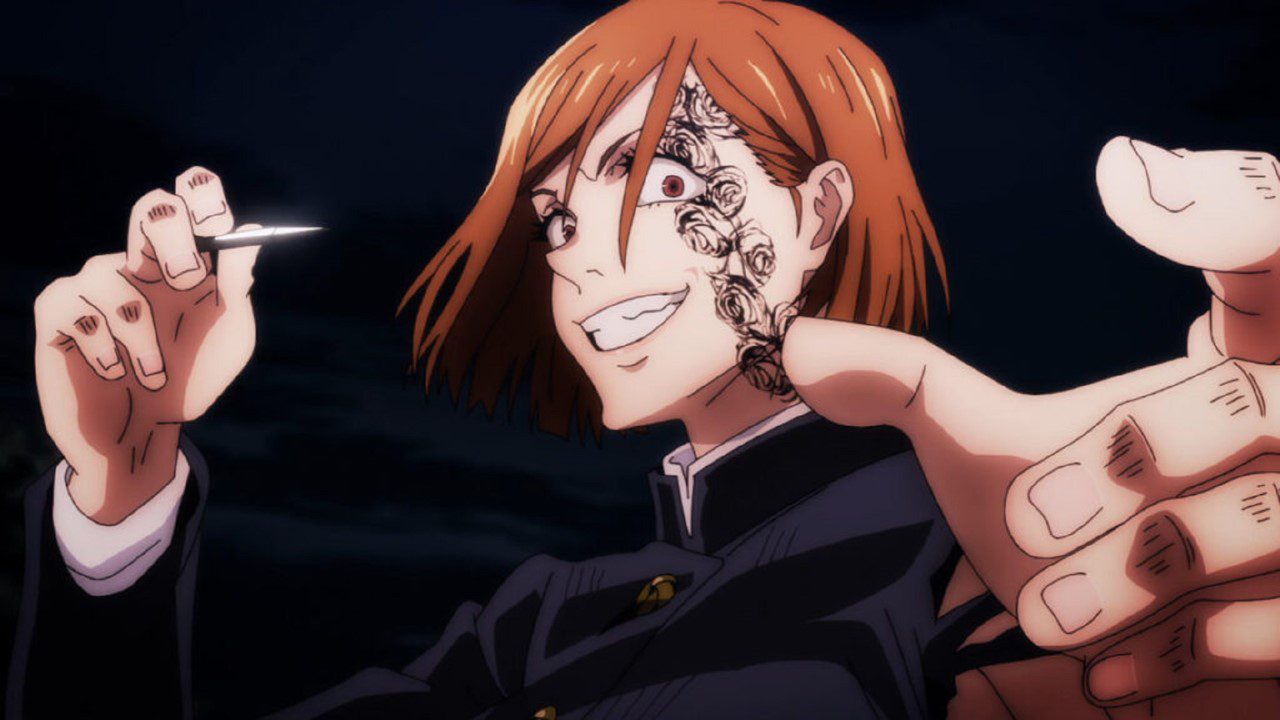 Like most of the characters, Nobara’s past includes the loss of a friend due to them moving away. Although she respects her boundaries more than anything else, she also seems to respect her seniors and those around her. Personality-wise she can be goofy, calm, or scary. She often joins Yuuji and their sensei Gojou in their antics, making Fushiguro the only mature one.

Takt Op. Destiny doesn’t only give us stunning characters but also aesthetic and bold visuals. From the animation to the character designs, everything about it seems as close as perfect can be. It tells us the story of a dystopian world where music isn’t allowed as they attract monsters known as D2s. In order to fight these monsters, Conductors call upon their Musicarts, who are beautiful women with great combat skills. The main character of the series, Destiny, is perhaps the prettiest Musicart in the anime. 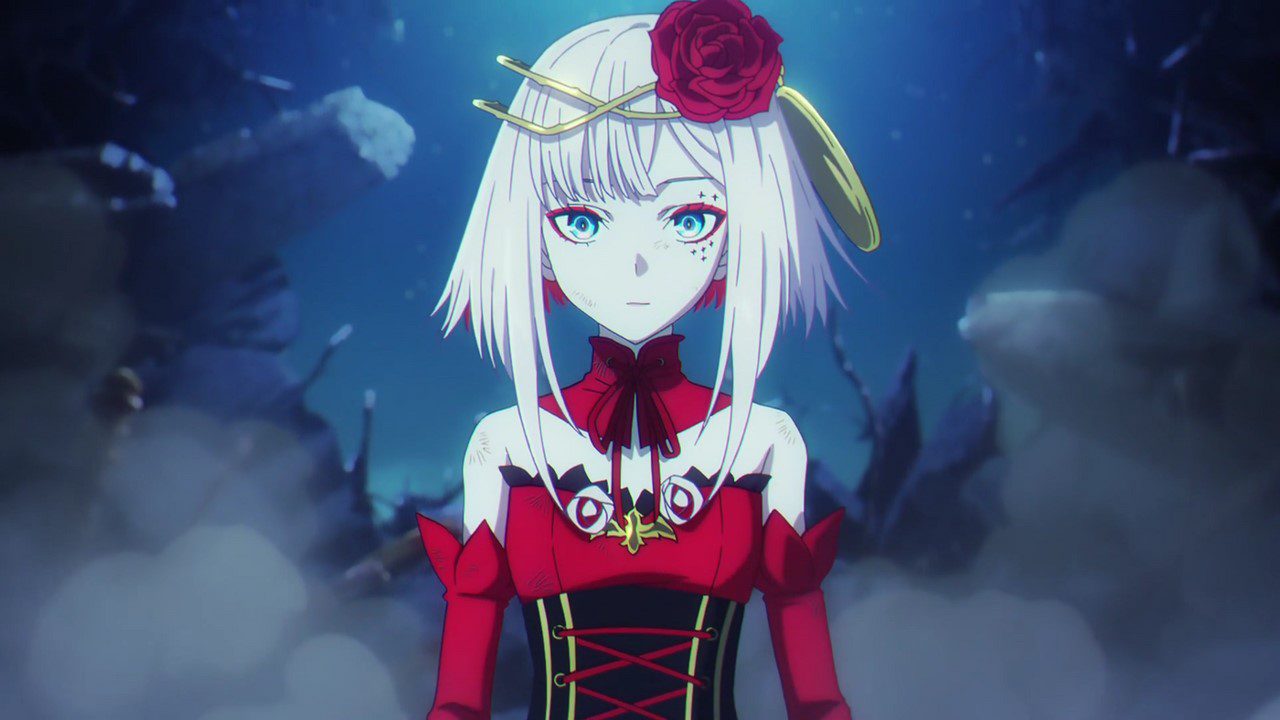 Dressed prettily in the colors red, white, gold, and black, Destiny is very strong when it comes to fighting. She is an interesting character who, most of the time, has a stoic appearance. Interestingly, Destiny was previously known as Cosette Schneider. She was a cheerful character who helped the main protagonist, Takt, enjoy playing the piano again. Due to an unfortunate event, Cosette turned into the Musicart Destiny.

Re:Zero introduces us to a fantasy world the main character is teleported to after “dying”. He then discovers that he has the ability to revive himself whenever he gets killed. This turns out to be a very helpful ability to him as well as his goal of saving Emilia, the main female protagonist of the series. 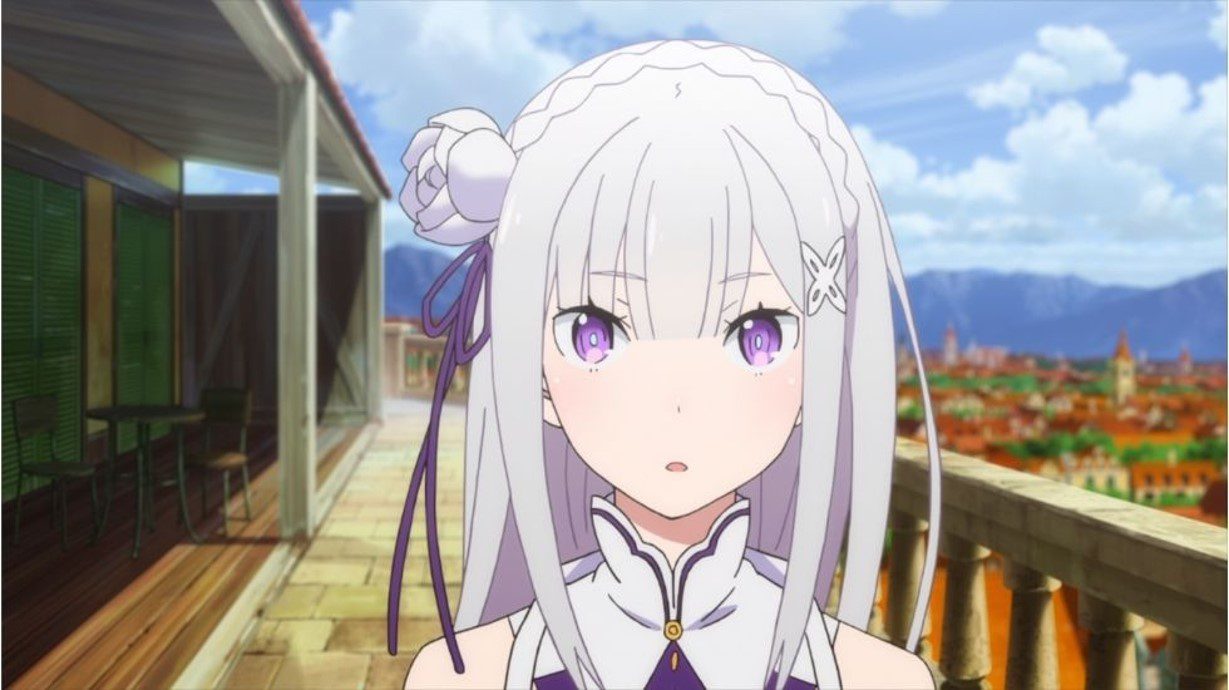 Being half-elf, Emilia is considered to be a beautiful anime character because of her gentle appearance as well as personality. The most appealing part of her appearance is her long silver hair. Another aspect about her worth mentioning is her eyes which are a mixture of blue and purple colors. The main protagonist is mesmerized by her at first glance, which is pretty understandable.

Haikyuu!! is an anime that can motivate anyone to get their feet moving to do something. Coming from the sports anime genre, it introduces us to a volleyball team named Karasuno from Karasuno High School. Although the anime has more male characters than female characters, the most recurring female character is Kiyoko Shimizu. 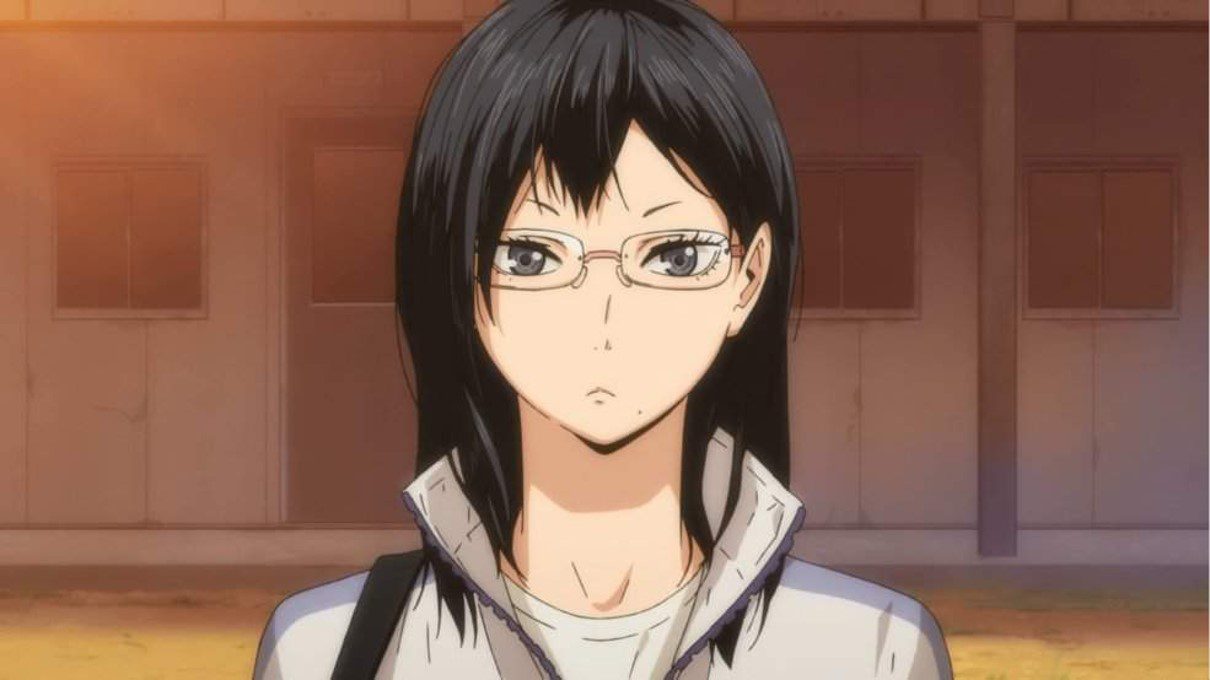 Kiyoko Shimizu is the manager of the Karasuno Volleyball team and is one of the third-year students of the team. She usually doesn’t talk much. However, she sometimes gives the team honest opinions and encourages them. Kiyoko is considered to be very pretty not only among male students but also among female students. Most of the members of the volleyball team, especially Tanaka and Nishinoya, seem to be mesmerized by her.

Charlotte is an anime that introduces us to many characters with different yet imperfect superpowers. One of the main protagonists of the anime is Nao Tomori. Tomori is considered to be pretty in her own way and doesn’t require to do much to look pretty. Usually appearing in her school uniform, she doesn’t seem to interact with many people. Because of her honest and upfront ways of speaking, she doesn’t seem to have many friends who are fine with her. Sadly, she was also bullied in the past. 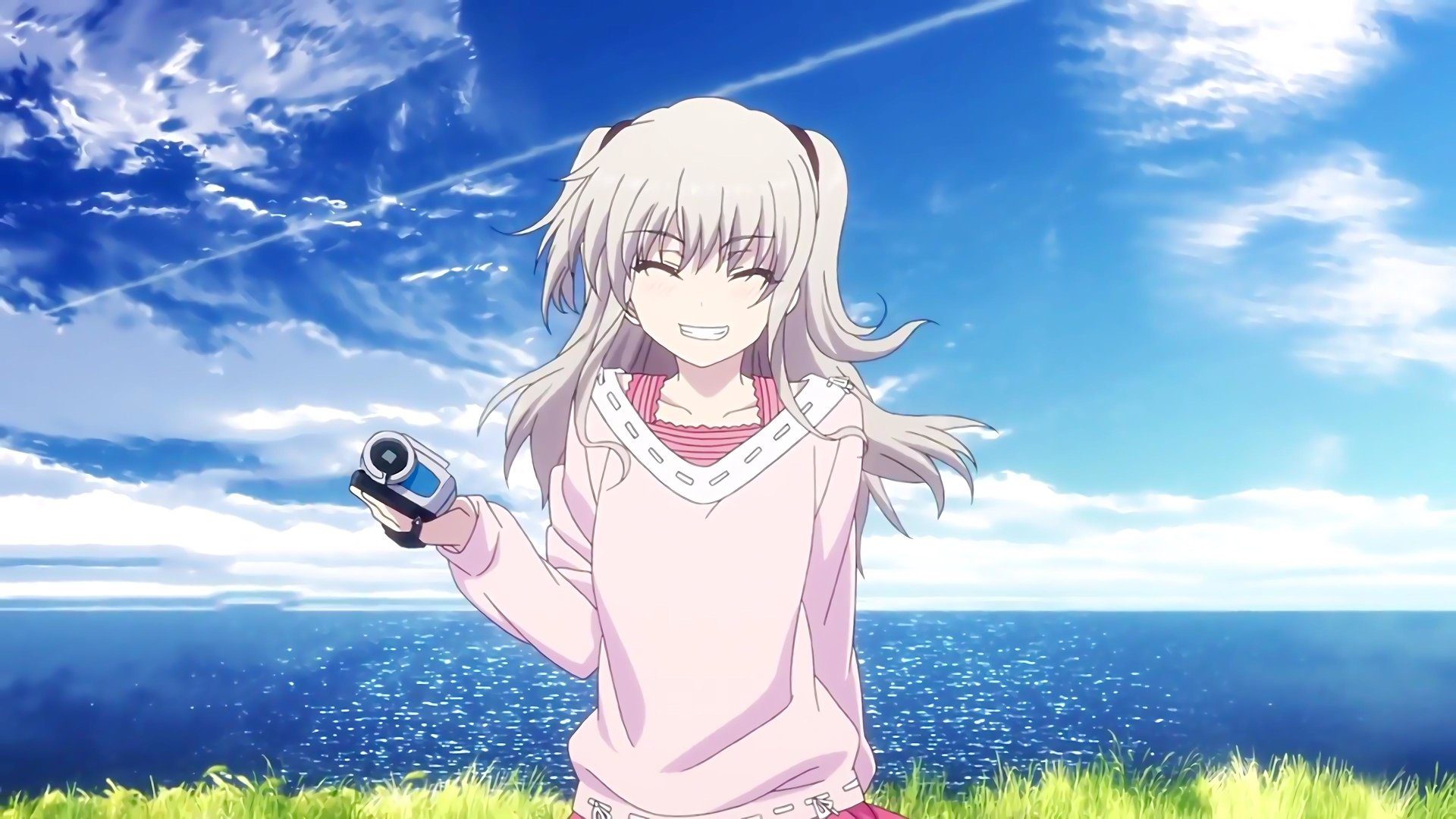 Seeing Tomori in her normal clothes brings about an immense change when it comes to her visuals. Judging by this, we unlock another trait of the character, being stylish. Her bright blue eyes are something that can be considered charming. Not only this, but her personality and demeanor towards the people she is close to make her more attractive.

Bleach is an anime that has had many fans since it first came out. It gives us a good story with equally interesting characters. Most of the female characters from Bleach are strong. However, the character Yoruichi Shihouin from Bleach has managed to mesmerize many fans over the years. Yoruichi Shihoin is someone not only with stunning visuals but also a bold personality. In the Gotei 13, she used to be the former captain of the 2nd Division. 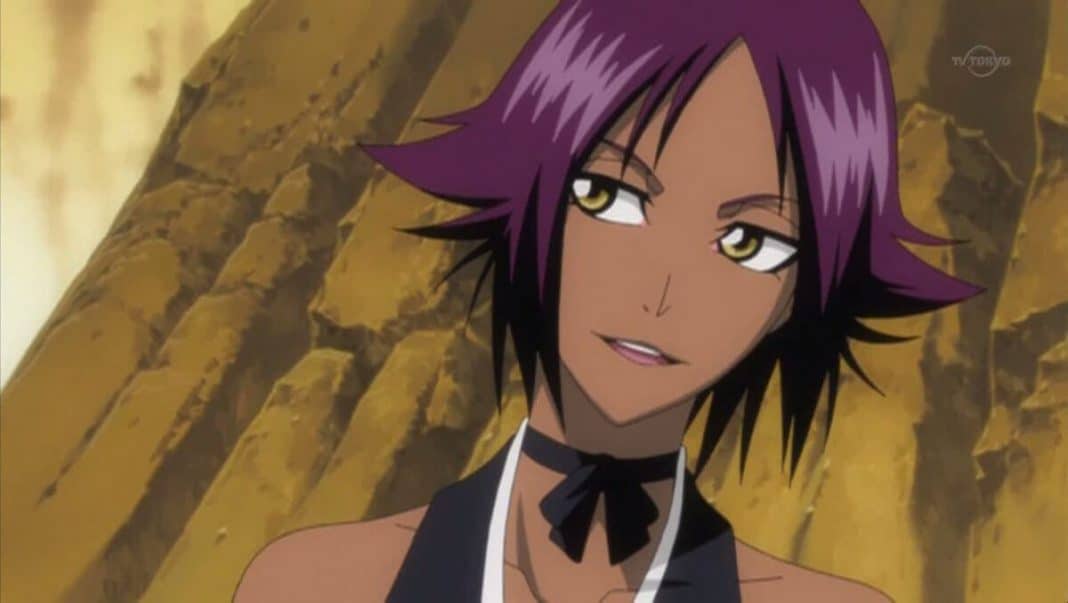 Her golden eyes blend well with her dark skin tone. Not only this, but her demeanor of being witty yet intellectual has captured fans’ attention. She also can transform into a cat, a form she first made her appearance in. Yoruichi Shihouin is a very close comrade to Kisuke Urahara and usually works with him.

An anime that touches on many emotional themes is Violet Evergarden. It introduces us to an Auto Memories Doll named Violet. Before becoming a Doll, she was a weapon fighting in a war. After the war and after becoming a Doll, Violet tries to understand the meaning of the words “I Love You,” something that was said to her by her Major during the war. 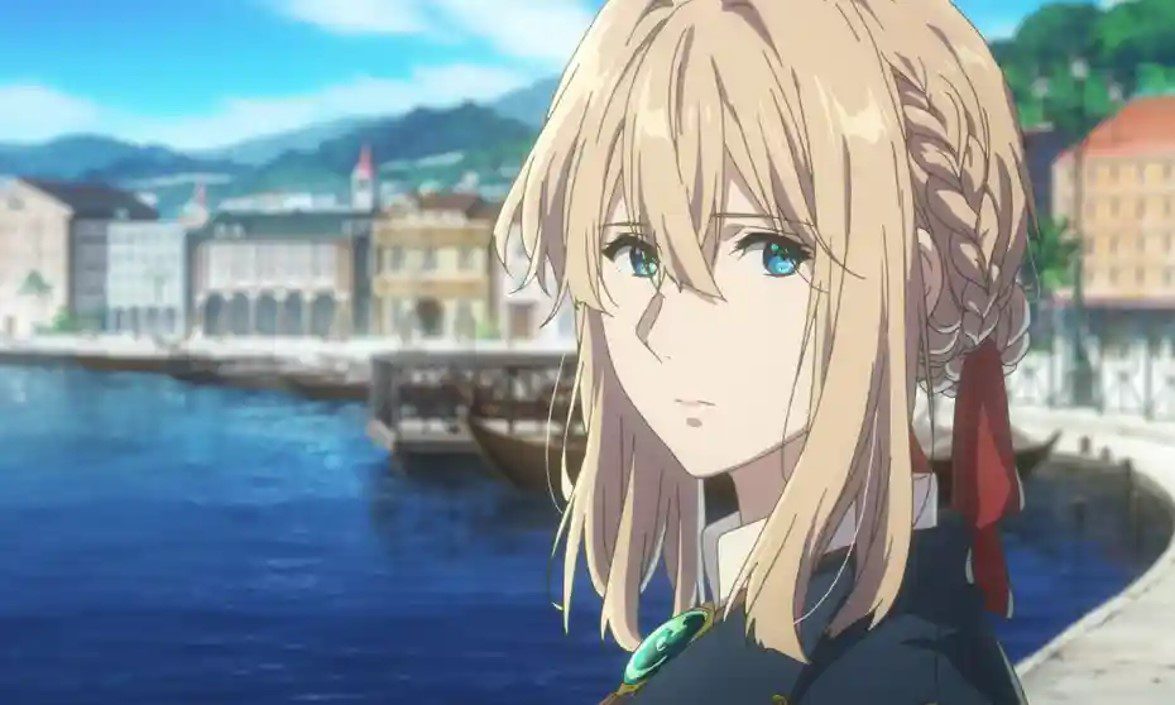 Violet’s appearance is overall cute. She has blond hair and piercing blue eyes. She is often expressionless and doesn’t understand human emotions. However, she is capable of feeling some things, emotions she cannot exactly name. She is also sometimes curious and eager to understand things about humans.

Another emotionless and beautiful female character is Inori Yuzuriha from the above Guilty Crown. Guilty Crown’s story centers around the high schooler Shu Ouma who meets the lead singer of the band named Egoist, Inori Yuzuriha. In an attempt to converse with her, he realizes that Inori has a lot more going on than what appears on the surface. Eventually, he obtains a superpower called the Power of the Kings and is caught up with many mysteries of the new world he is introduced to. 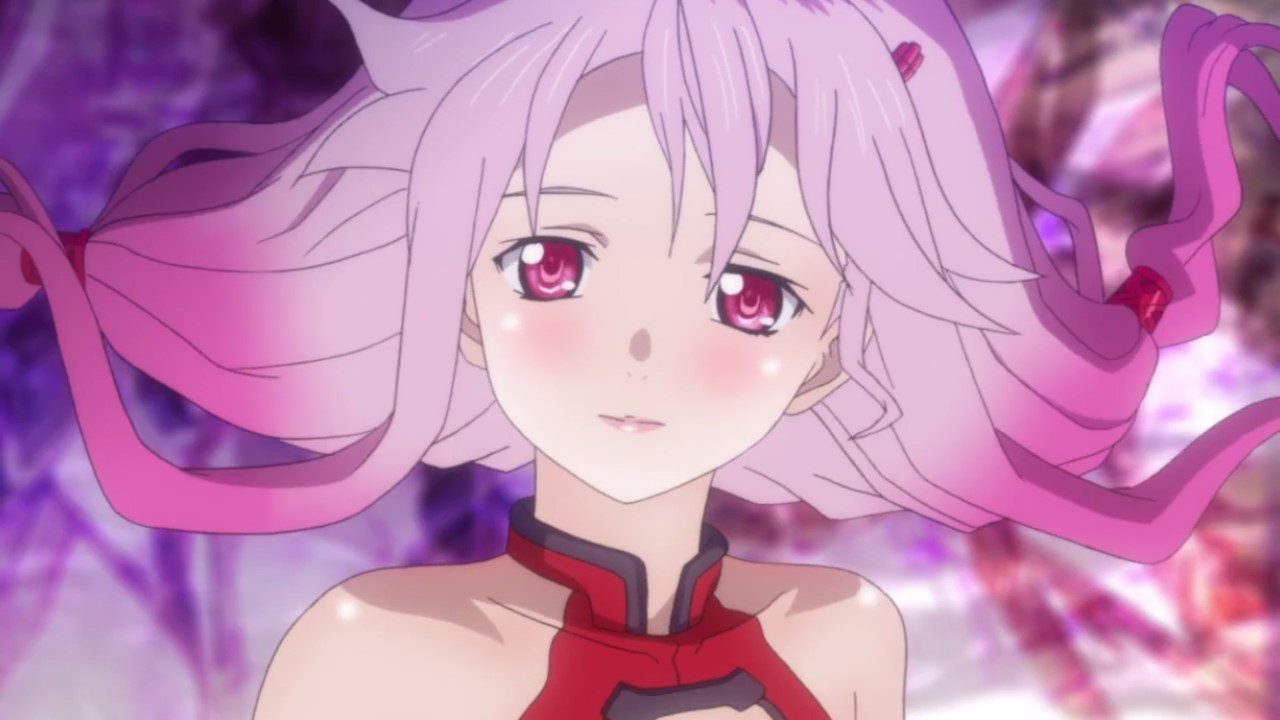 As mentioned above, Inori hardly showed any emotions before. However, after interacting more with Shu, she began being expressive. Like Violet, Inori is incapable of understanding her emotions even though other people can tell what she is feeling. Being from the band Egoist, she loves singing and is most of the time seen singing to herself whenever alone.

10. Suzune Horikita – Classroom Of The Elite

Classroom of the Elite is an anime that introduces us to an interesting school that is not exactly full of normal high-schoolers. Furthermore, it introduces us to the main character Kiyotaka Ayanokōji who is usually very introverted. However, being in Class-D of this school, Kiyotaka finds himself involved with most of the school’s affairs. 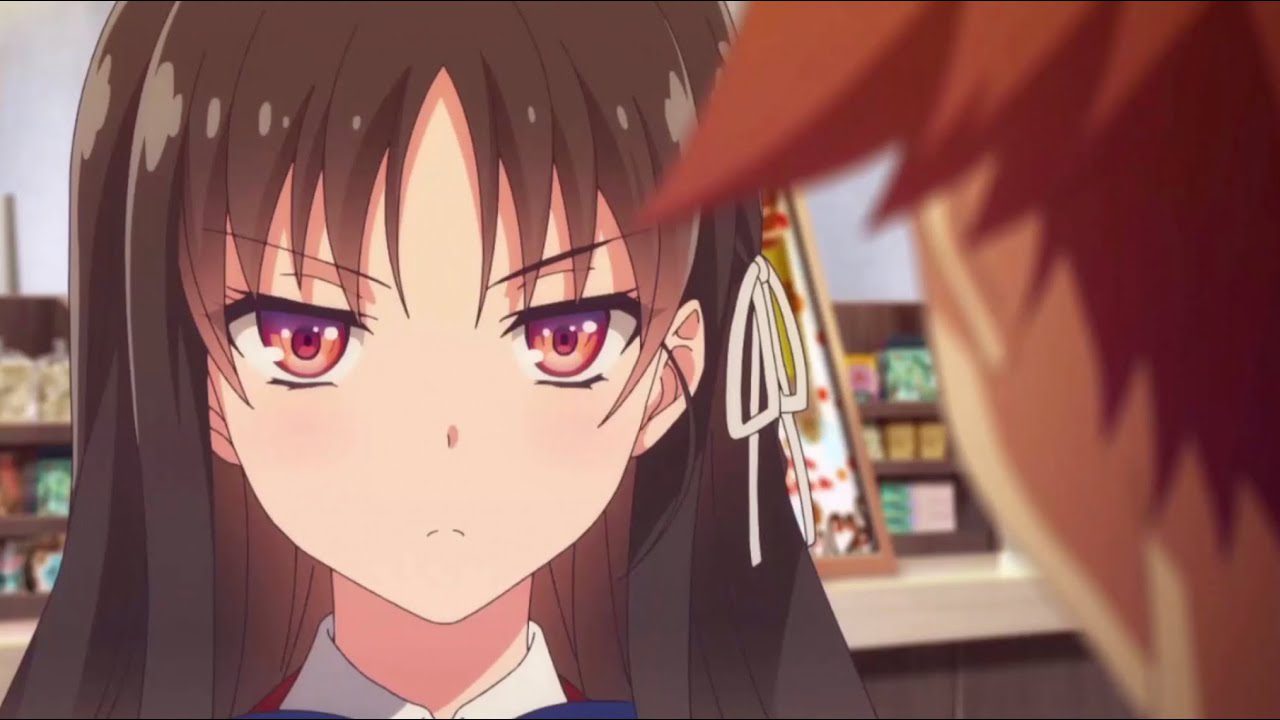 The character Horikita Suzune from the anime made it to the list. Her long and flowing black hair is definitely an eye-catcher. Not only this, but she also has pretty eyes which are a shade of ruby red and dark purple. If this is not enough, then her intelligence, as well as her demeanor and perseverance, is something one cannot help but admire.