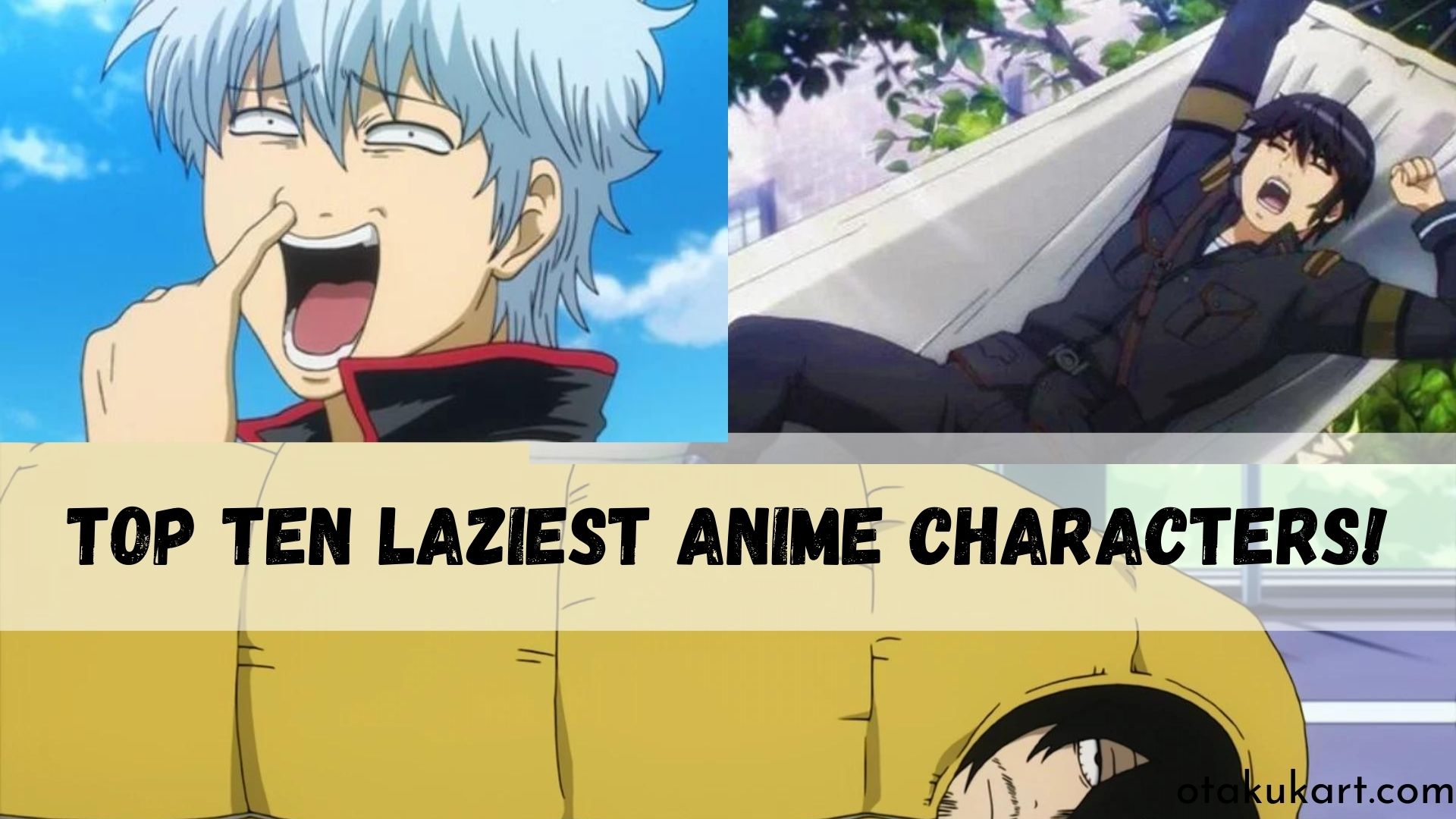 The intriguing aspect of anime is how well the characters are portrayed. You would believe that the laziest anime characters don’t have anything to offer the tale, yet they do leave an impact. In this post, we will look at the top 10 laziest anime characters and evaluate why they are so lazy as well as the influence they have on the plot. Because the anime universe is so vast, it’s always entertaining to scrutinize the characters’ appearance and personalities. You might be interested in the influence they have on the plot, as well as their laziness. So, without further ado…

Nobita Nobisuke from the Doraemon is one of the prime examples of the laziest anime characters. The reason Doraemon came from the 22nd century was to help Nobita get success and stop being lazy. As kids, we were always fascinated by this anime and Nobita, who can sleep as easily as turning out a light. We’ve seen him sleep numerous times in the anime just because he wanted to. 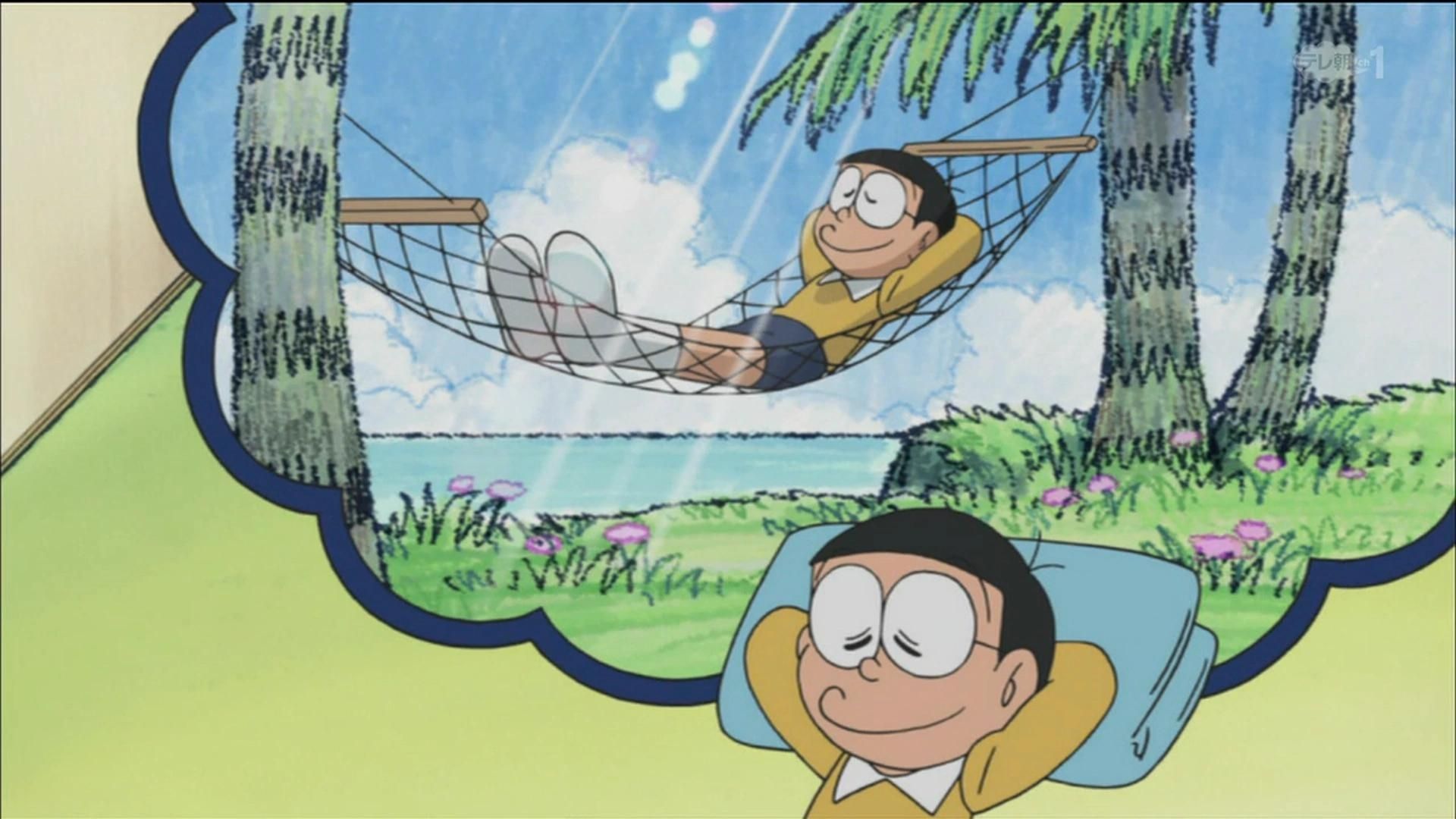 Nobita Sleeping even in his dreams

Many episodes began with Nobita sleeping on his futon and being awakened by Doraemon or his mother because he was late for school. It is difficult to think that he will be a genius and a successful individual in the future. Anime has always been a tremendous source of entertainment for me as a child. Despite the fact that Nobita is one of the worst anime protagonists, the Doraemon animation has always been fantastic.

I’m sure you’ve encountered the sort of person that is a slouch until there is something in it for them. Sakata Gintoki is just that kind of anime character. Gintoki is frequently seen in the anime lounging about reading his shounen jump manga and picking his nose. He’s so lazy that he’d rather wet the bed than get out of bed to use the restroom, and he’ll justify it with a five-minute monologue about how the reality of strawberry milk is the sensation of peeing the bed. Doesn’t make sense, does it? The majority of the episodes in the anime are like this. 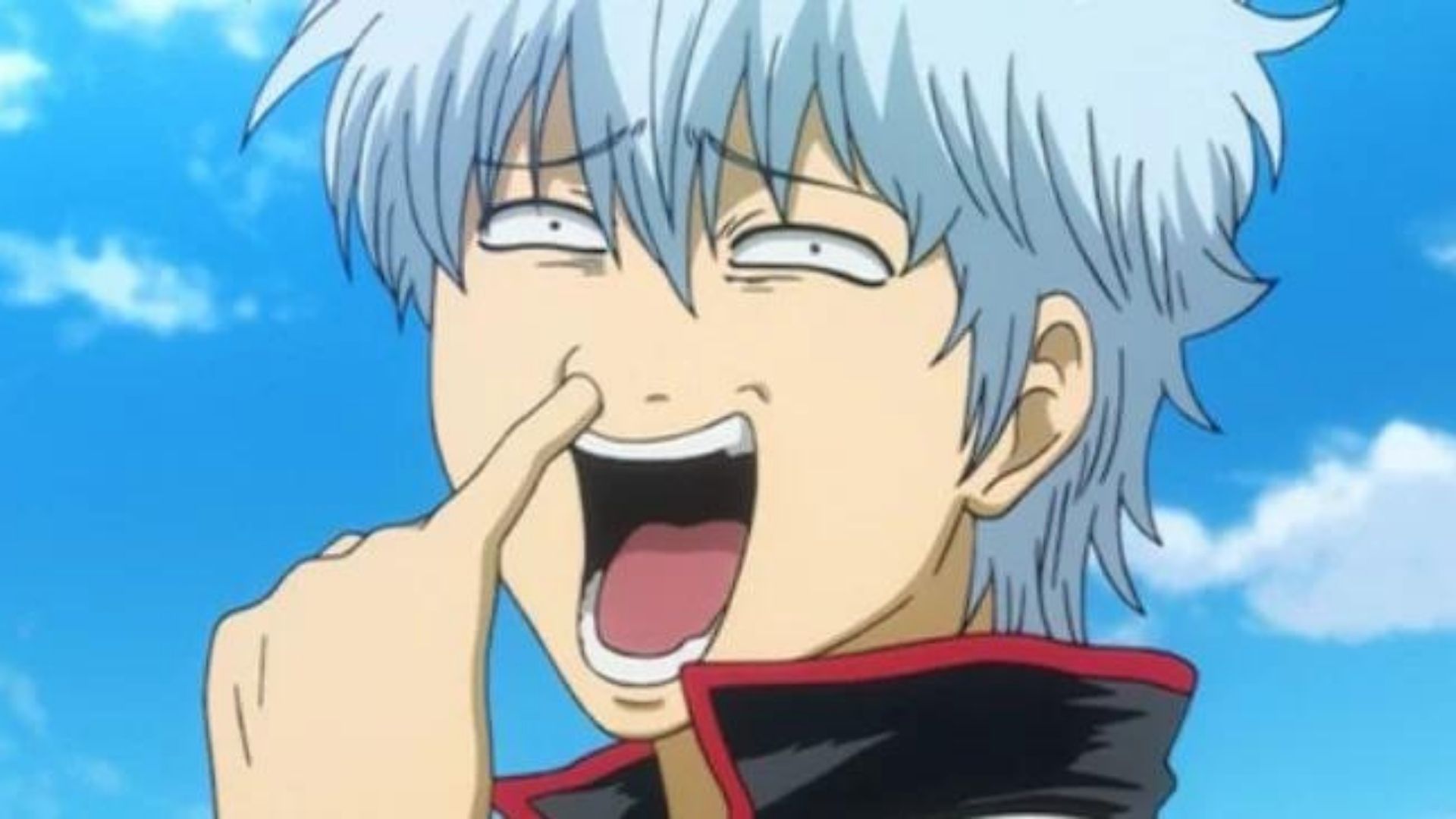 But when it comes to his business of doing odd jobs, he is certainly prepared and dedicated to it. He is also a formidable samurai who wields just a wooden sword as a weapon. As a shounen genre character, he skipped the training arc since it looked too difficult. Gintoki, on the other hand, is one of the laziest anime characters, but also one of the sharpest.

Shikamaru’s character is intended to be both sluggish and intelligent. He is a brilliant tactician. Even with his ability, you may think that it does not use much energy and allow him to accomplish the work while merely standing. He is a prime example of a person who will look for the simplest method to accomplish things in order to save energy. His laziness is what made him famous and set him apart from the rest of the Naruto franchise. 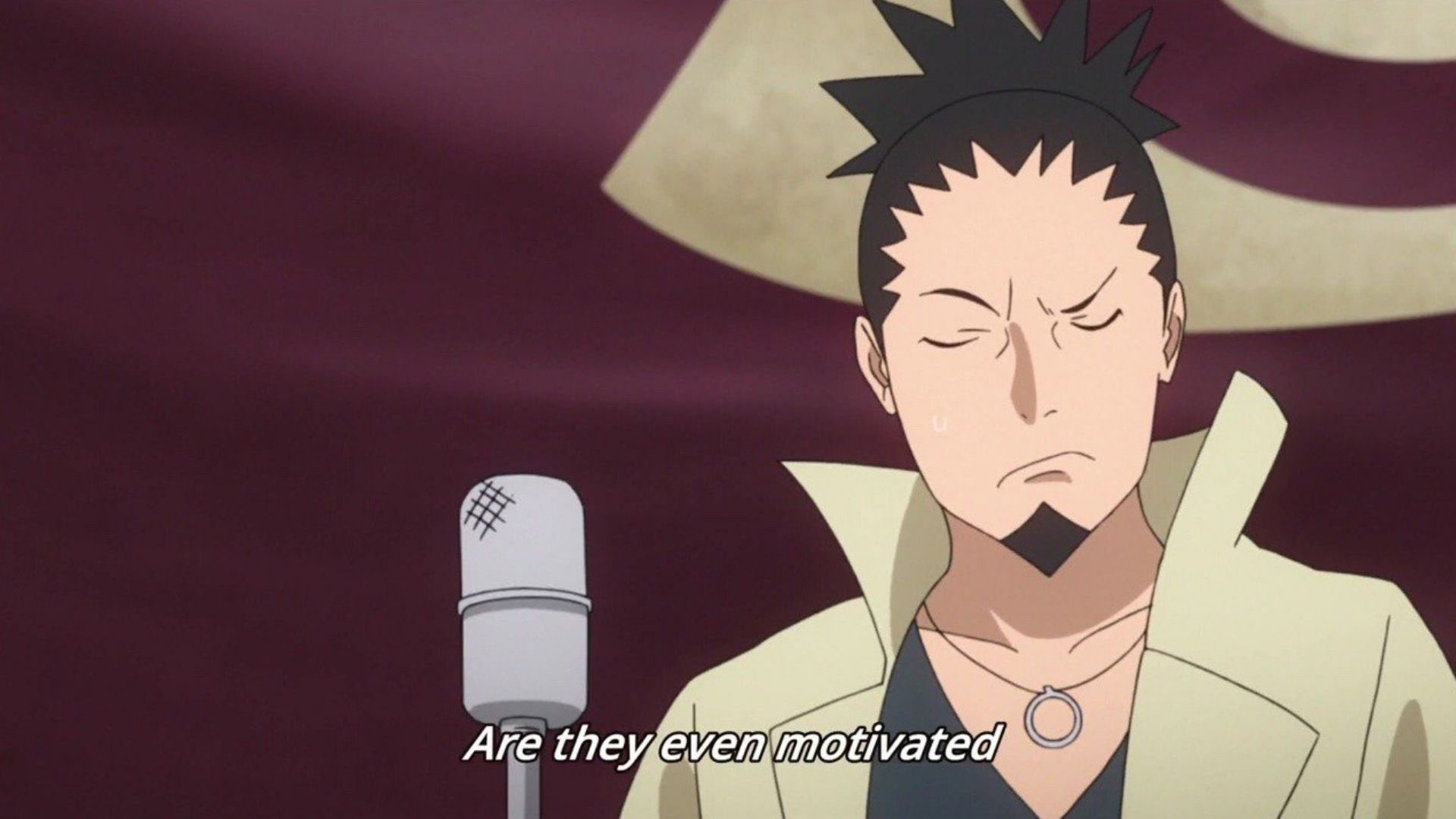 He is frustrated by the tedious activities he must perform and was frequently noticed lazing around in his early years. Despite the fact that his lazy persona was seen more in the Naruto arc than the Naruto Shippuden arc. He had a change in his personality after the death of his sensei and appeared less indolent.

Don’t you wish you could sleep on the job and not be held accountable? Shoto Aizawa is frequently observed napping on the job. But only after he has finished the duty. For example, he entrusted the school festival assignment to the hands of a student and promptly went to sleep. He always brings a sleeping bag with him. Furthermore, his character design appears to be sloppy. 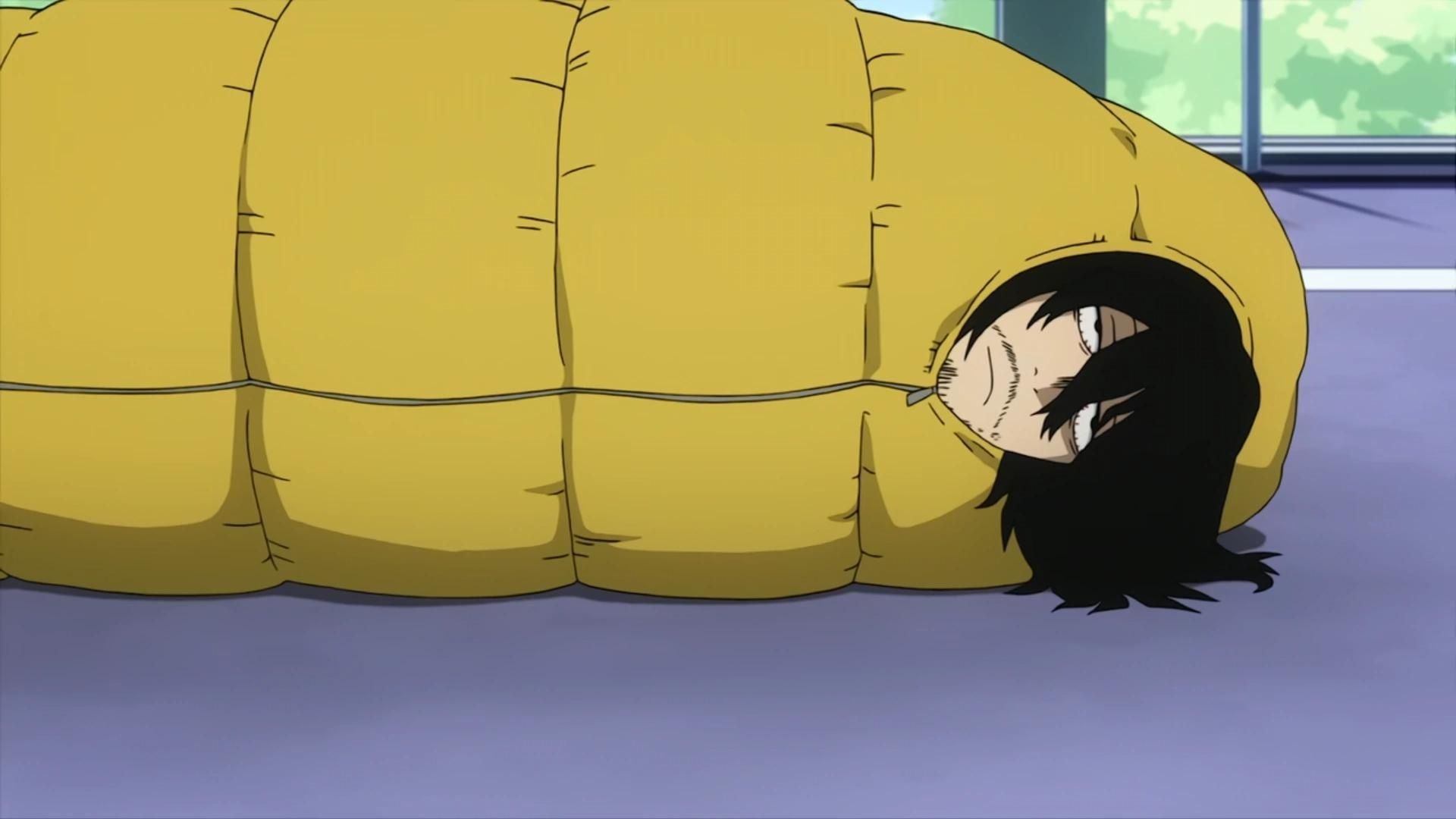 With melancholy eyes and a pallid complexion. But, like many great anime characters, he is a brilliant character who excels at his work as a teacher. He is so dedicated to his work that he is willing to put his students through hell in the process of becoming a hero.

In the anime universe, there is also an anime character that is sluggish in a sport that requires so much commitment and movement. Kenma Kozume from Haikyuu is a prime example of the laziest anime character. Nonetheless, it is his slowness that makes this character so memorable. He, like Shikamaru, is a strategist who employs tactics to avoid having to move about too much. 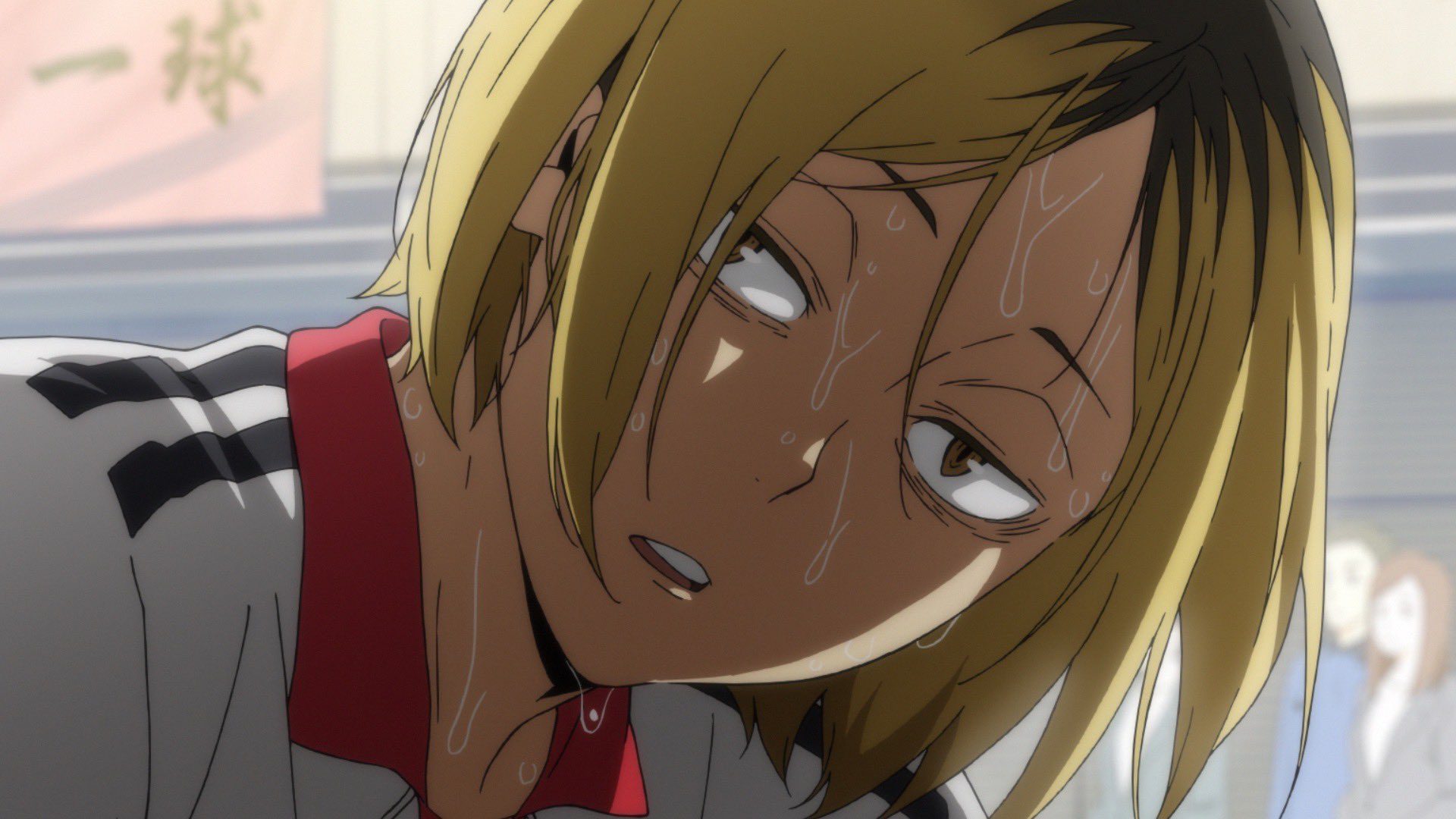 He is known as the Nekoma Volleyball team’s Brain. Despite his volleyball skills, he is a gamer, and we all know that gamers are prime instances of the lazy personality characteristic. Furthermore, his appearance is similar to that of a cat who does not move much and is frequently spotted resting.

In the Servamp anime, Sleepy Ash or Sloth is referred to as Kuro. Kuro is an anime character that is known for his laziness due to his name and the fact that he is a vampire. I mean, a vampire spends two-thirds of the day sleeping, only to emerge at night to suck blood. Kuro, being the servamp of sloth, is the most sluggish vampire on the planet. As a modern-day vampire, he spends his time sleeping, lounging, and playing video games. 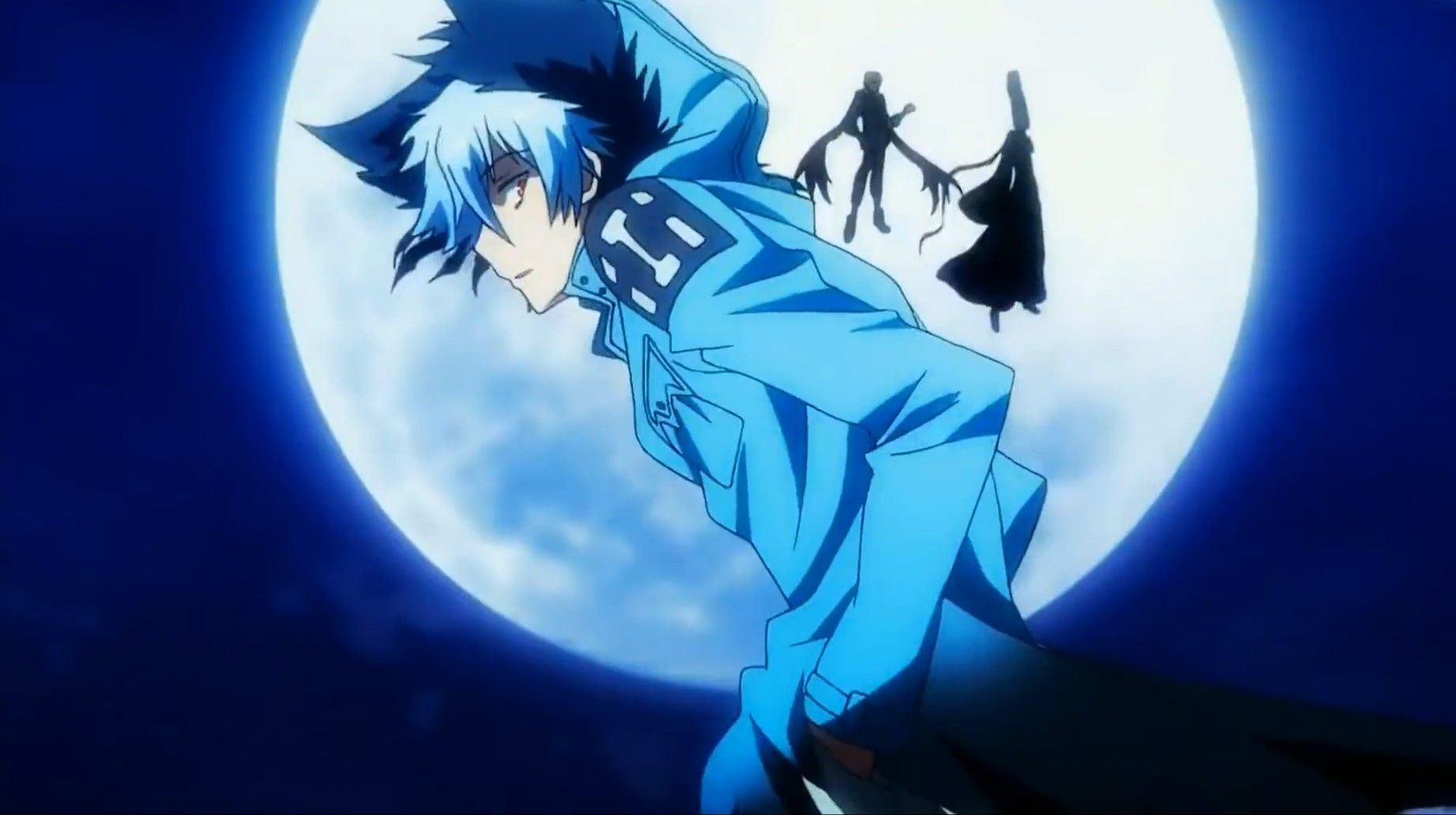 On top of that, he is a pacifist vampire who does not even consume blood, so Kuro accomplishes nothing. To avoid taking responsibility, he runs away and avoids doing things since he does not want to be responsible if something awful happens. He exclusively consumes blood prior to a battle. Kuro also dislikes discussing his past since it makes him furious and brings forth a darker part of him.

Umaru-Chan from the Himouto Umaru-chan anime, in my opinion, is the epitome of what we otakus are all about. To the outside world, she is a top-tier student who is extremely modest, just like many otakus desires. When she is at home, though, she transforms into a chibi figure that does nothing but watches anime, eat junk food, read manga, and play. 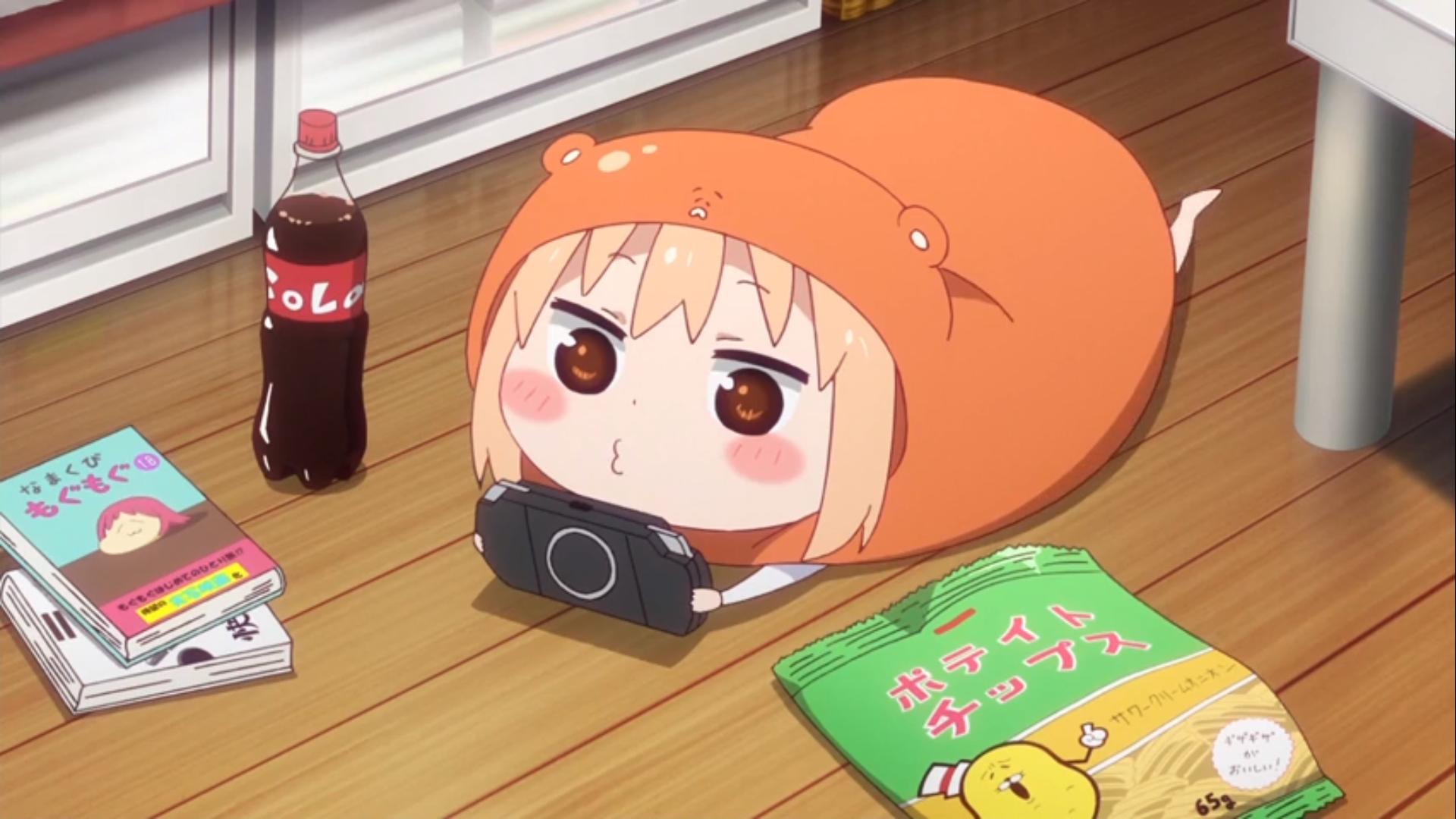 She is dirty at home and so lazy that she does nothing in the way of housework, not even caring for her own hamster. She is a whiner who will begin crying if things do not go her way. When she is not in the house, she is a lovely high school girl dressed in a typically adolescent way. When she returns to her room, she is turned into a chibi character wearing a hamster’s outfit.

Ikta Solork is known as “The Invincible Lazy General” in the Nejimaki Seirei Senki: Tenkyou no Alderamin or Alderamin in the Sky. He is one of the laziest anime characters since he misses classes and has skipped every year’s graduation ceremony. He’d rather spend his time napping, chasing after girls, and despising good-looking men. More precisely, he prefers older ladies and will not pass up an opportunity to flirt with them at first sight. 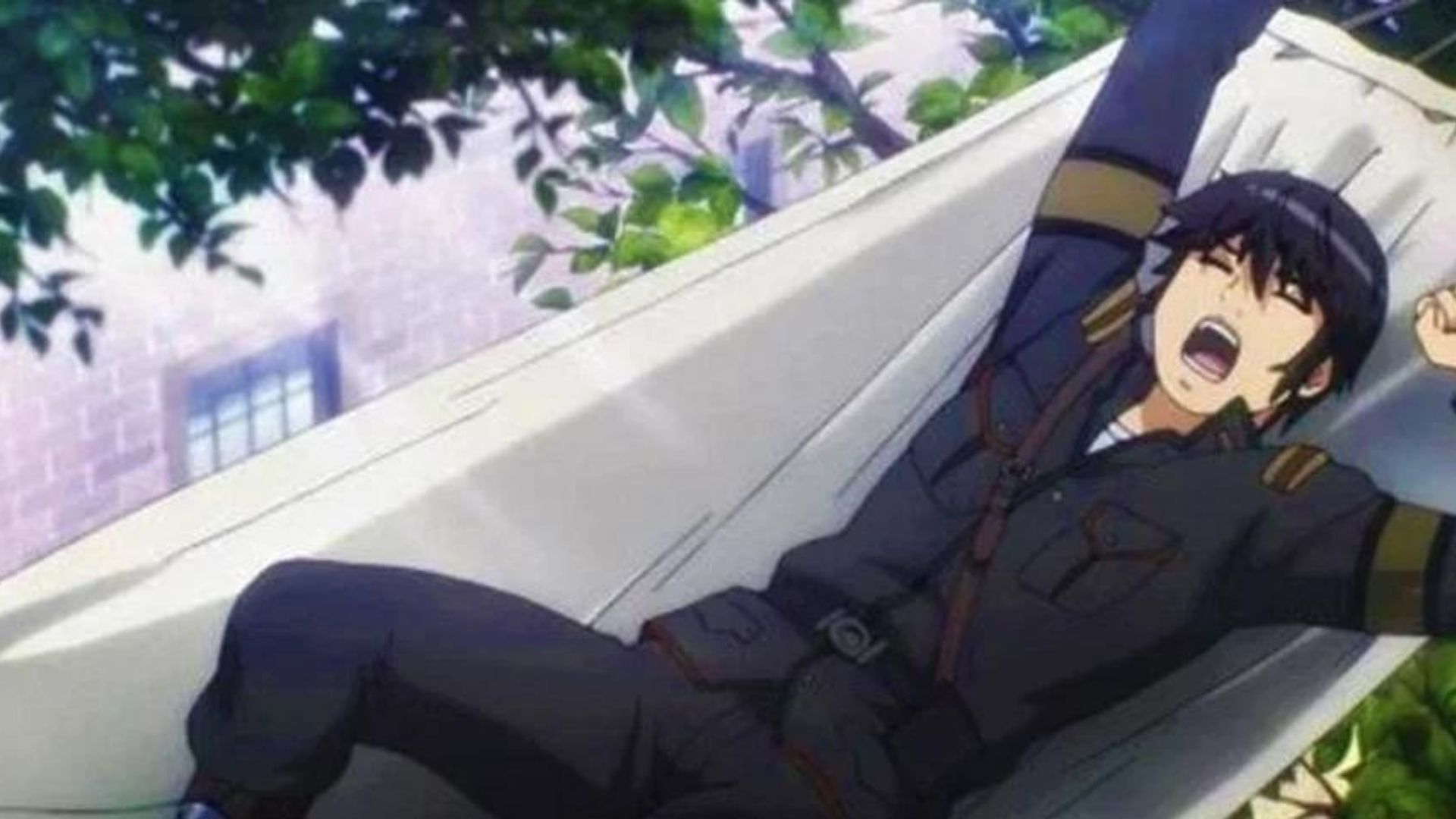 Ikta lacks combat abilities and is inexperienced with weapons. So, how did he become a General while missing all of the necessary talents and skipping school? It’s because he’s a brilliant thinker and tactician. In addition, he despises individuals who give up, which is ironic, isn’t it? Anyways he fits the criteria perfectly to be one of the laziest anime characters.

This powerful one piece character is the most laziest of all the one piece anime characters. His slogan is “Lazy Justice,” and he lives by it. He has displayed no emotion in his brief appearance in the anime and falls asleep at the first opportunity. Because he is so lethargic, many One Piece characters underestimate him and believe he cannot possibly be an Admiral of the World Government. 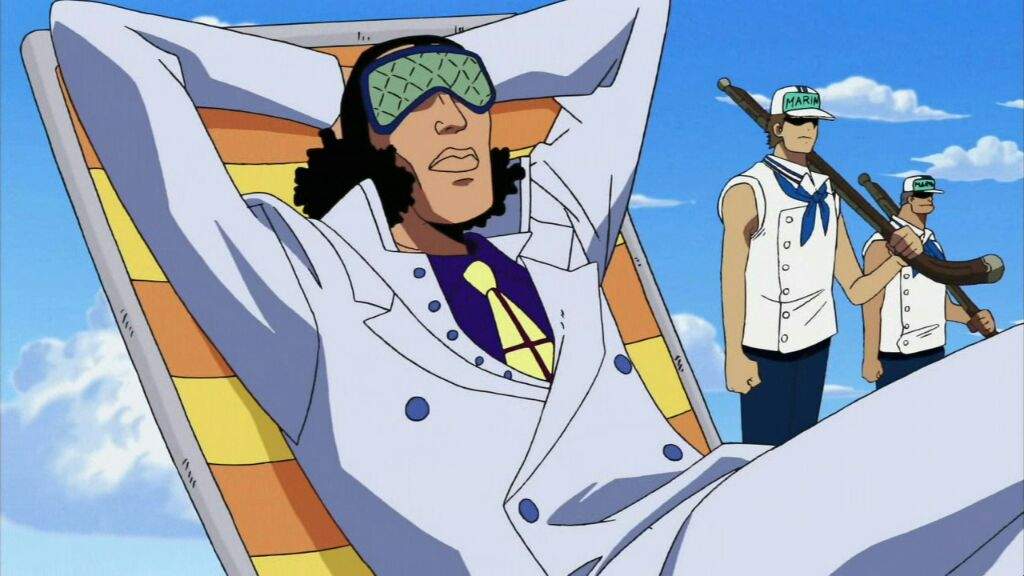 He is the first admiral depicted in the anime. However, when the occasion calls for it and he recognizes the necessity to fight, he will use his Lazy Justice resolve. Do you remember how the war started in the Marineford arc? Aokiji got off to a roaring start. If the scenario did not interest him, he would take a nap right alongside the conflict.

Tanaka-Kun is always listless, as the anime title suggests, Tanaka is too lethargic to move an inch. He always relies on his pal Oota for even the most little tasks. Oota does everything for Tanaka to the extent that Tanaka may die if Oota were to abandon him or become ill. Oota handles everything, from cooking to transporting Tanaka. 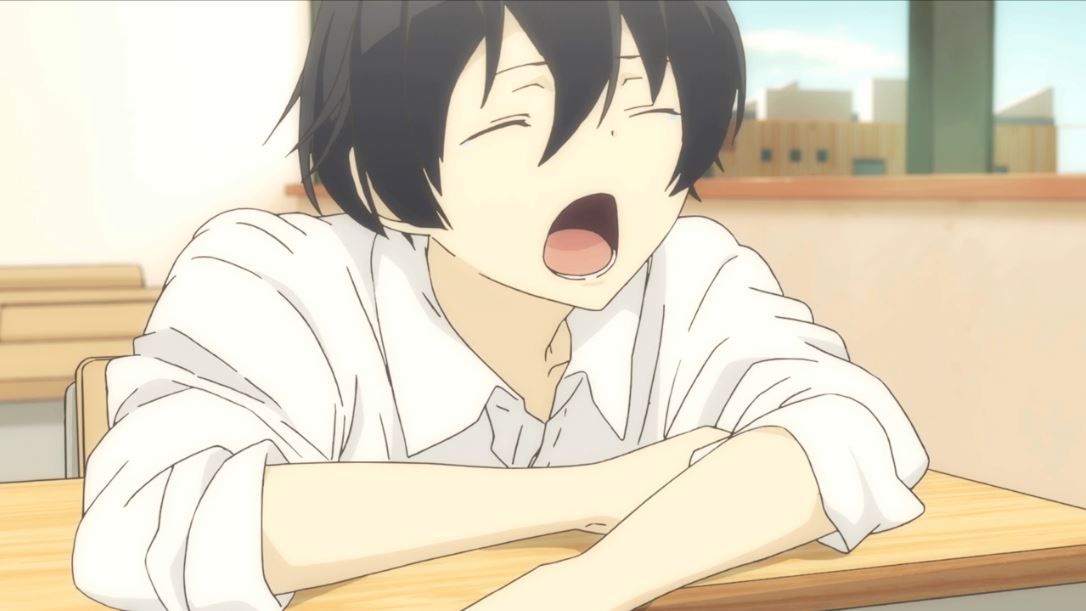 When he is awake, he is constantly dozing off and acting as if he is fatigued. Whenever a duty is assigned to him, he groans and wishes he could sleep. The whole animation revolves around Tanka’s lethargy, and his laziness is the punchline. So, after everything is said and done, he is the laziest anime character out there among the anime characters.