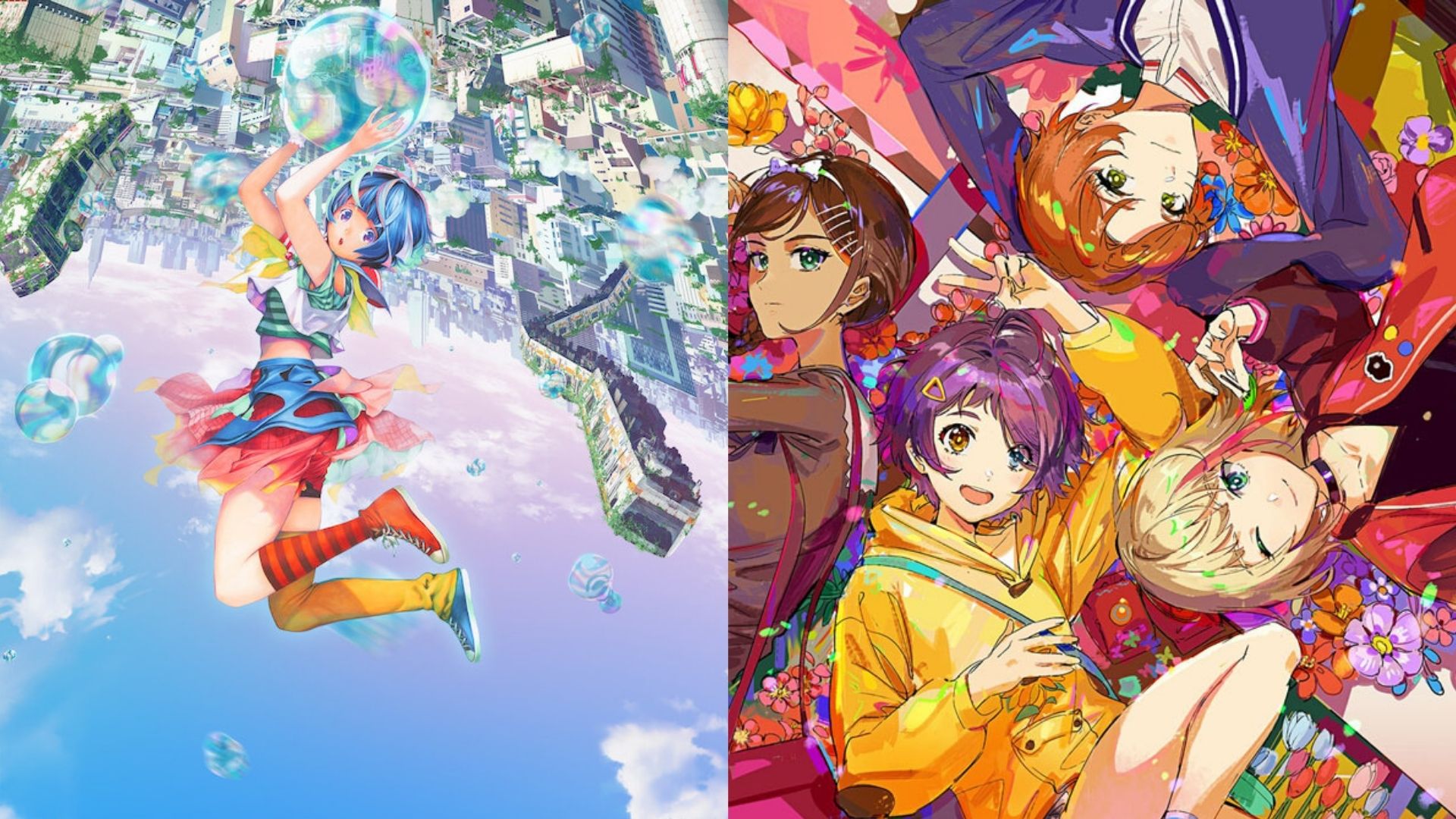 Top Ten Anime With Aesthetic Vibes That You Should Watch To Escape Reality!

One of the numerous reasons why people prefer anime to manga is because it is more visually appealing. It is scientifically proven that human eyes prefer and are drawn to visuals. People decide whether or not to watch an anime based on whether or not it has lovely and appealing aesthetics. Some anime may not have a decent plot but nonetheless rank high because of their superior animation and visual appeal. These anime are worth watching because of their appealing aesthetic vibes. So, here, we’ve compiled a list of the top 10 anime that are visually appealing and have aesthetic vibes.

The basic reason for an anime to exist is to convey a beautiful narrative. It won’t matter if the plot is amazing, but the animation is terrible. The animation allowed us to glimpse things that would never exist in real life. The attractive hues generated in anime are primary colors that we would never see in real life. While there are aesthetics in real life and nature, animation provides a whole other level of beauty. Anime, with its fantastic plot and lovely aesthetic feelings, allows us to escape reality and live a completely other existence.

So without further ado, here are the top ten anime with aesthetic vibes to escape reality and dive into the world of colors and fantasy.

While Demon Slayer has a solid narrative, the animation is on another level. The combination of 3D CGI animation and static photos to portray the characters’ reactions will delight your eyes. The animation is the sole reason the Demon Slayer series became popular. It has achieved a whole new level in the realm of anime. One of the most recent episodes of the series had a battle, and the animation shattered multiple anime industry records. 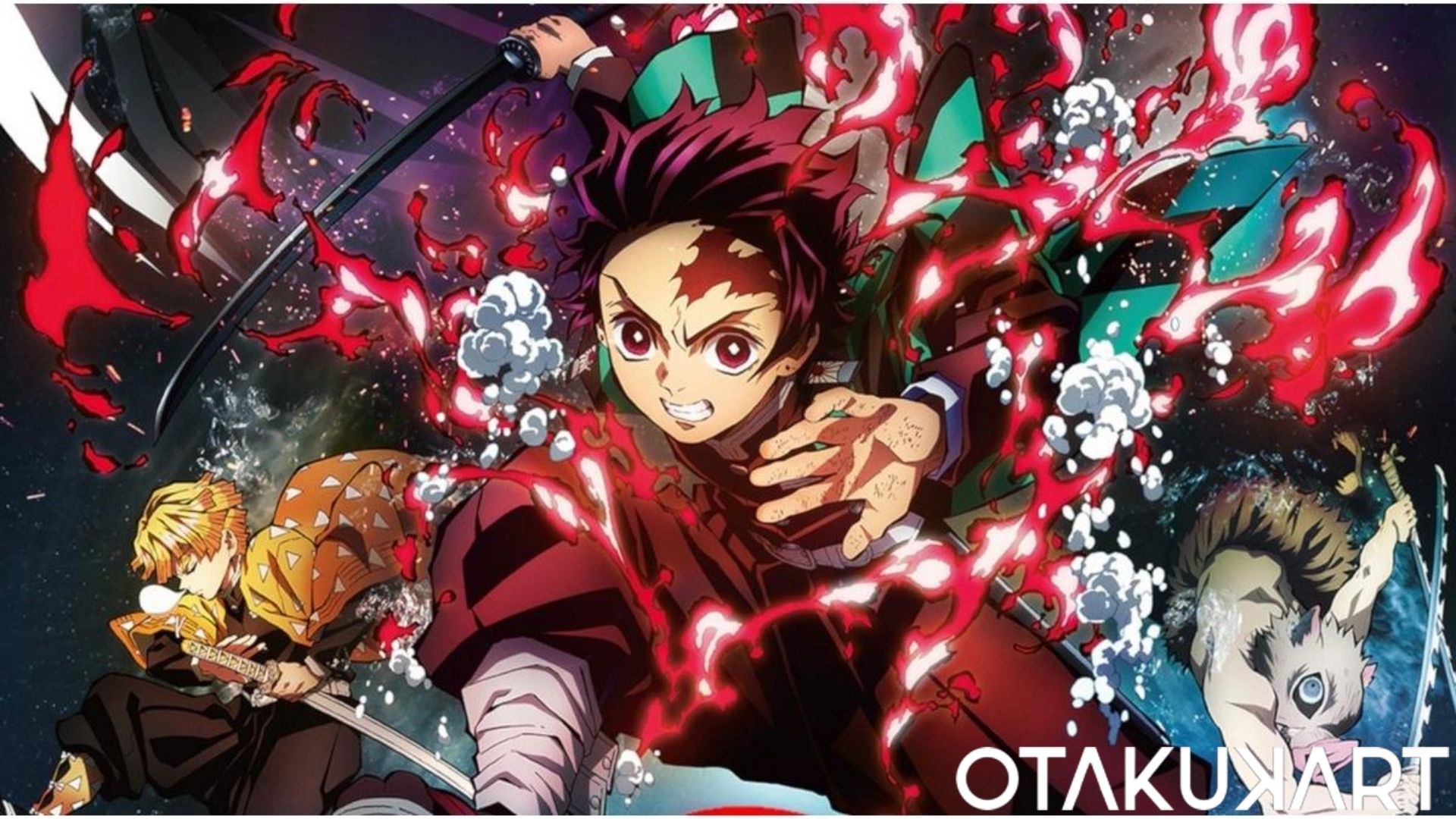 The amount of intensity shown by the animation in the episode was incredible. The episode concluded with a three-minute sequence that cleared only dust. However, the scene was so lovely and pleasing to the eyes that it would be impossible to ignore that part. The Demon Slayer is an anime with aesthetic vibes that may be used to escape reality. Even if you’ve seen the anime before, it’s worth watching it again just for the lovely and breathtaking visuals.

The only anime that rates first in both a fantastic fantasy plot and stunning animation is Attack on Titan. The anime will offer you a feeling of realism, making you question what is good and what is terrible. Still, shots throughout the animation will pleasure your eyes with their artistic feelings. The story and animation work nicely together, and you will be astounded by how stunningly gorgeous this anime is. 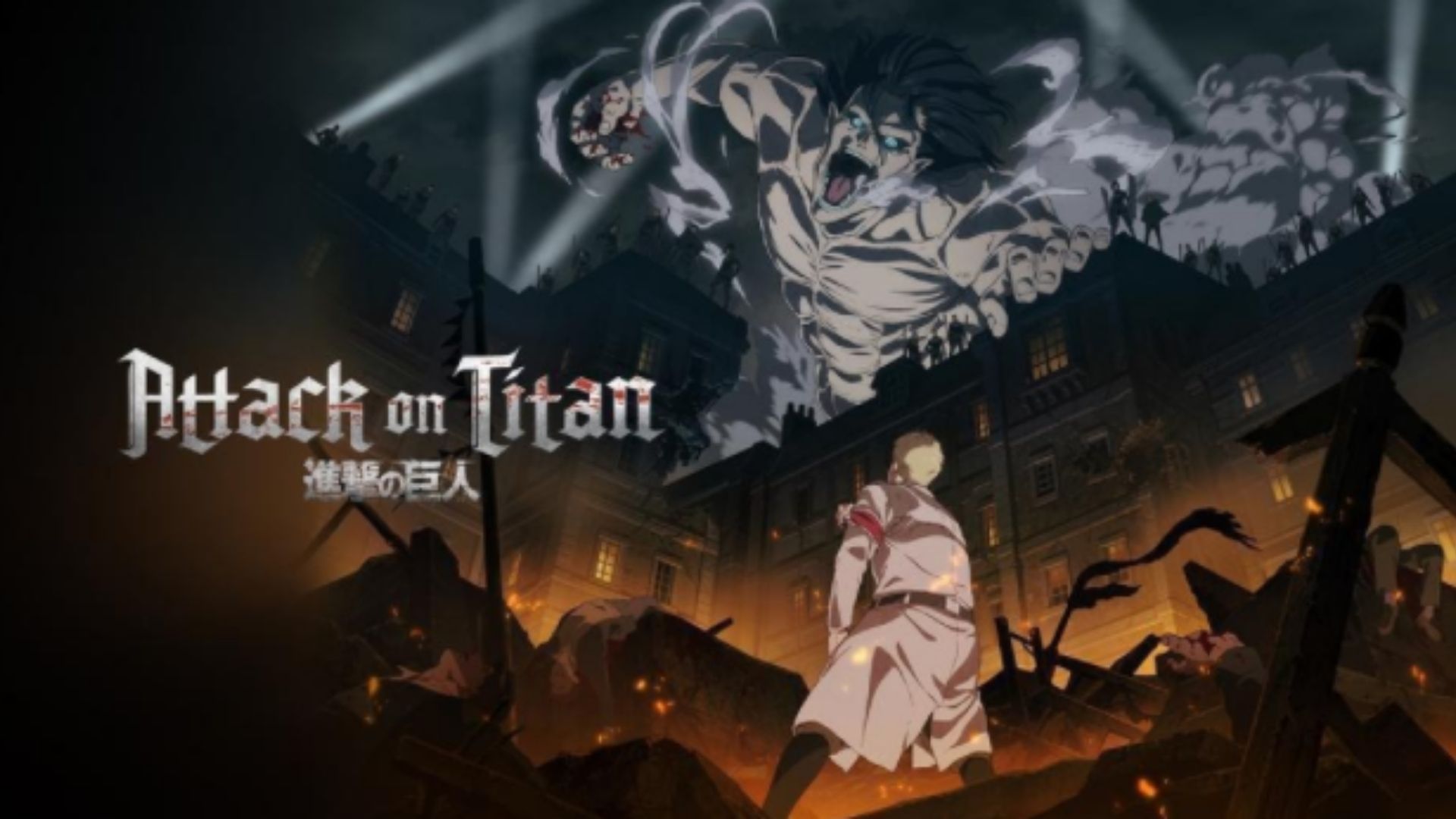 Because Attack on Titan is an action-based genre anime, in addition to its amazing story, the animation in those specific episodes will give you an energy that you won’t be able to express. This anime satisfies the criterion for an anime with aesthetic vibes to escape reality.

The anime God Eater is similar to playing games with fantastic visuals and the aesthetic vibes that those games provide. This anime’s CGI aspects are quite well-executed, and they are extremely attractive to the eyes. The anime is set in a post-apocalyptic environment and has horror and action elements. The anime’s gloomy sequences are really gorgeous. Monsters have appeared in the post-apocalyptic Earth, according to the anime’s narrative. In the world, there is an organization called Fenrir whose mission is to kill the monsters that have appeared. God Eaters are the individuals that are in charge of killing these creatures. 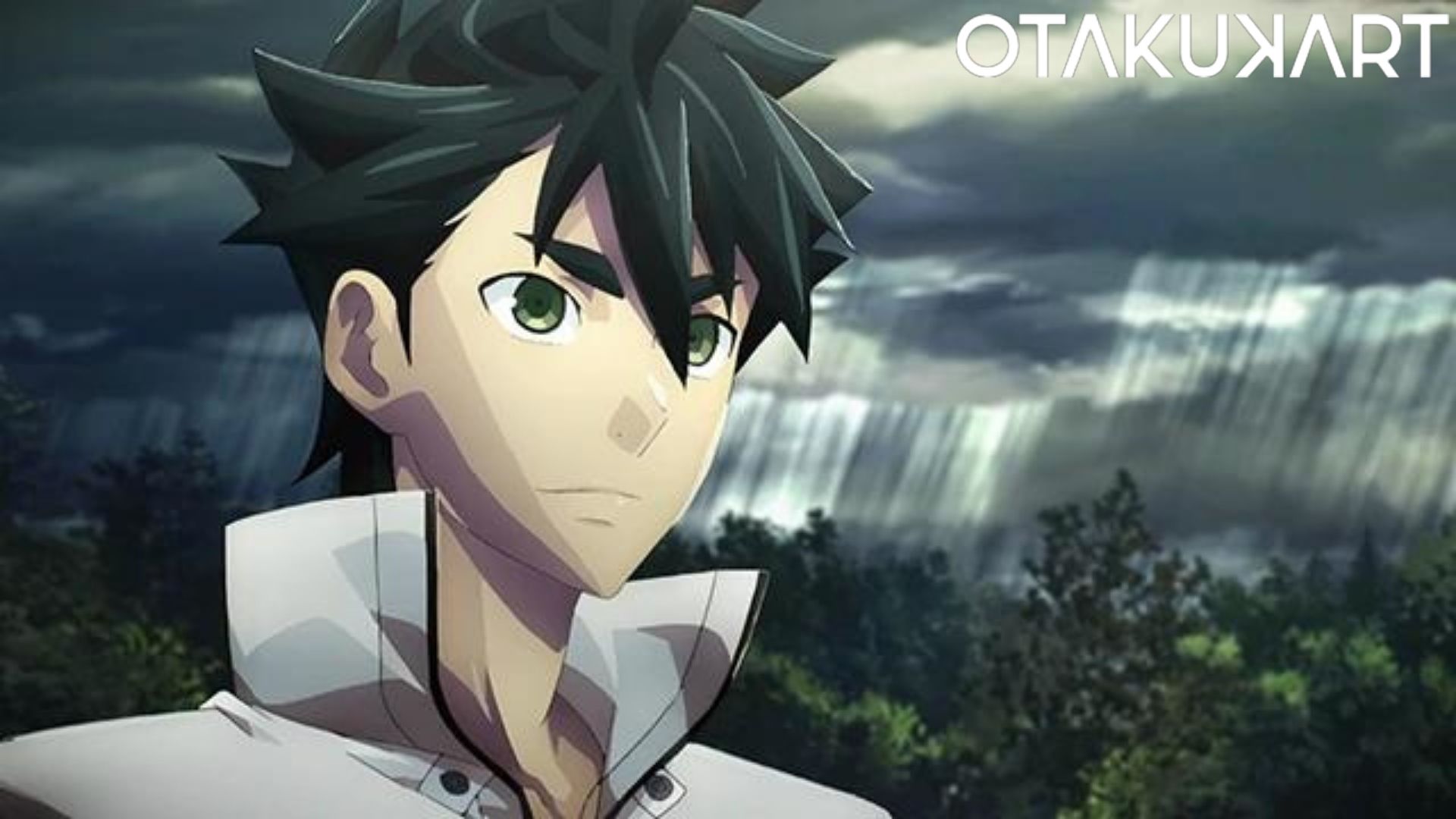 There is an incredibly different aesthetic vibe to the cold and dryness, and this anime will exactly show you that. This anime, as the title suggests, begins with horror in the first episode. As the title suggests, the anime follows a group of youngsters who swear to exact vengeance on the Japanese government. It is their method of sharing the world their experiences. While the anime contains terrorist acts with fantastic explosion effects, the melancholy storylines will leave you cold and depressed. The last episode, which includes animation, is referred to as “a work of art.” 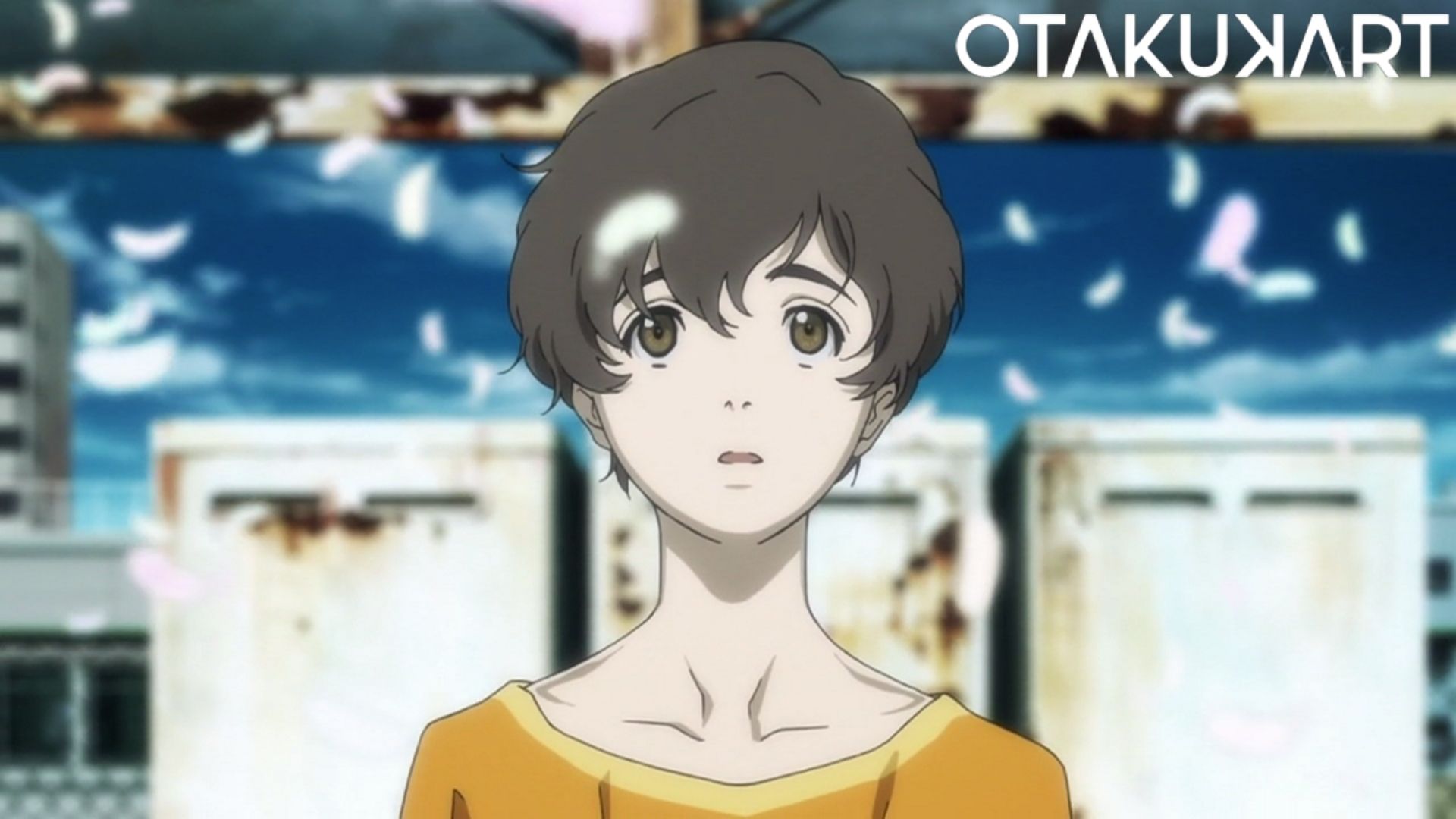 Now Mob Psycho is an anime that we would call a masterpiece. While certain sequences in the anime may give you the impression that the anime is leisurely and tranquil, others will fly past you. The anime is the epitome of artistic feelings. Because this is also an action-packed anime, anytime, there is a combat scene, the anime itself changes. Furthermore, when Mob becomes mad, the work of colors and motion surrounding him is quite exciting and attractive to the eyes. A new season of the anime is also on the way. If you haven’t seen the anime yet, now is the time to do so. 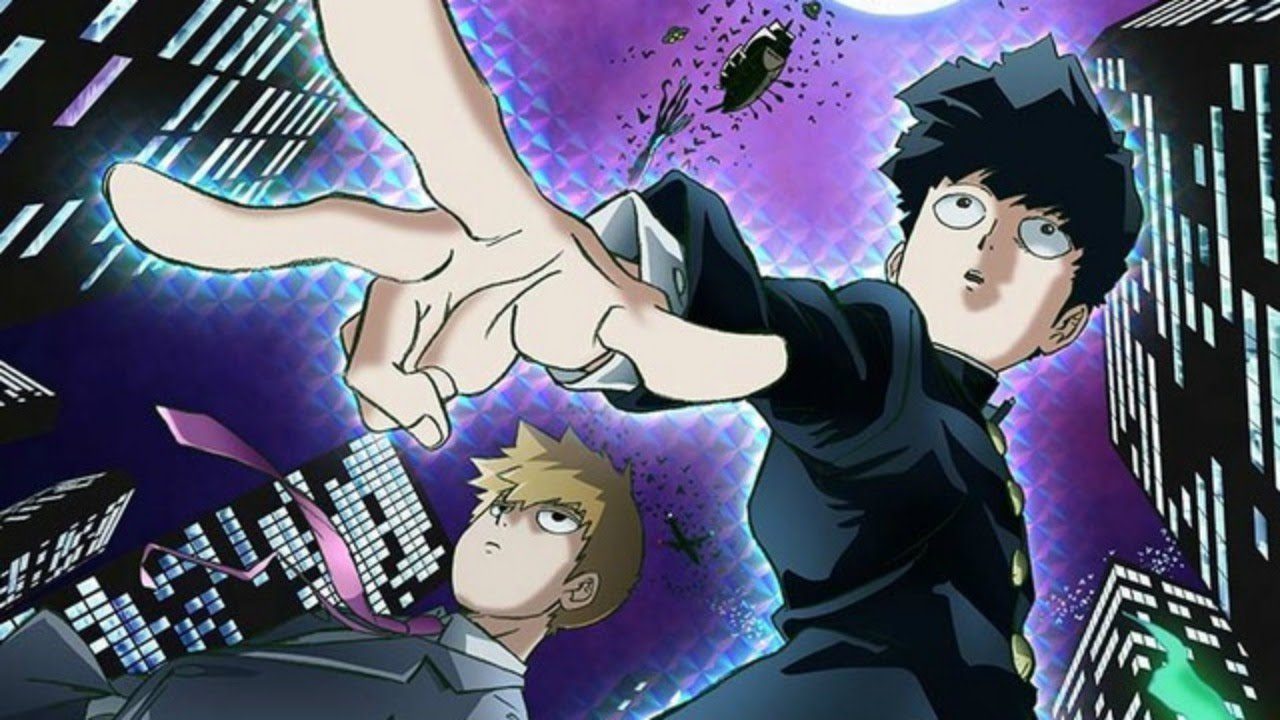 If you haven’t seen this visually amazing animation, I’d say you’ve been living under a rock. Some anime exist just to please us with their gorgeous animation and storytelling, and Violet Evergarden accomplishes just that. The anime follows a lovely girl on a quest to discover the meaning of the words “I Love You.” You will see so many different stories and how wonderfully they complement the evolution of the main heroine Violet Evergarden, as you accompany Violet on her magnificent trip. 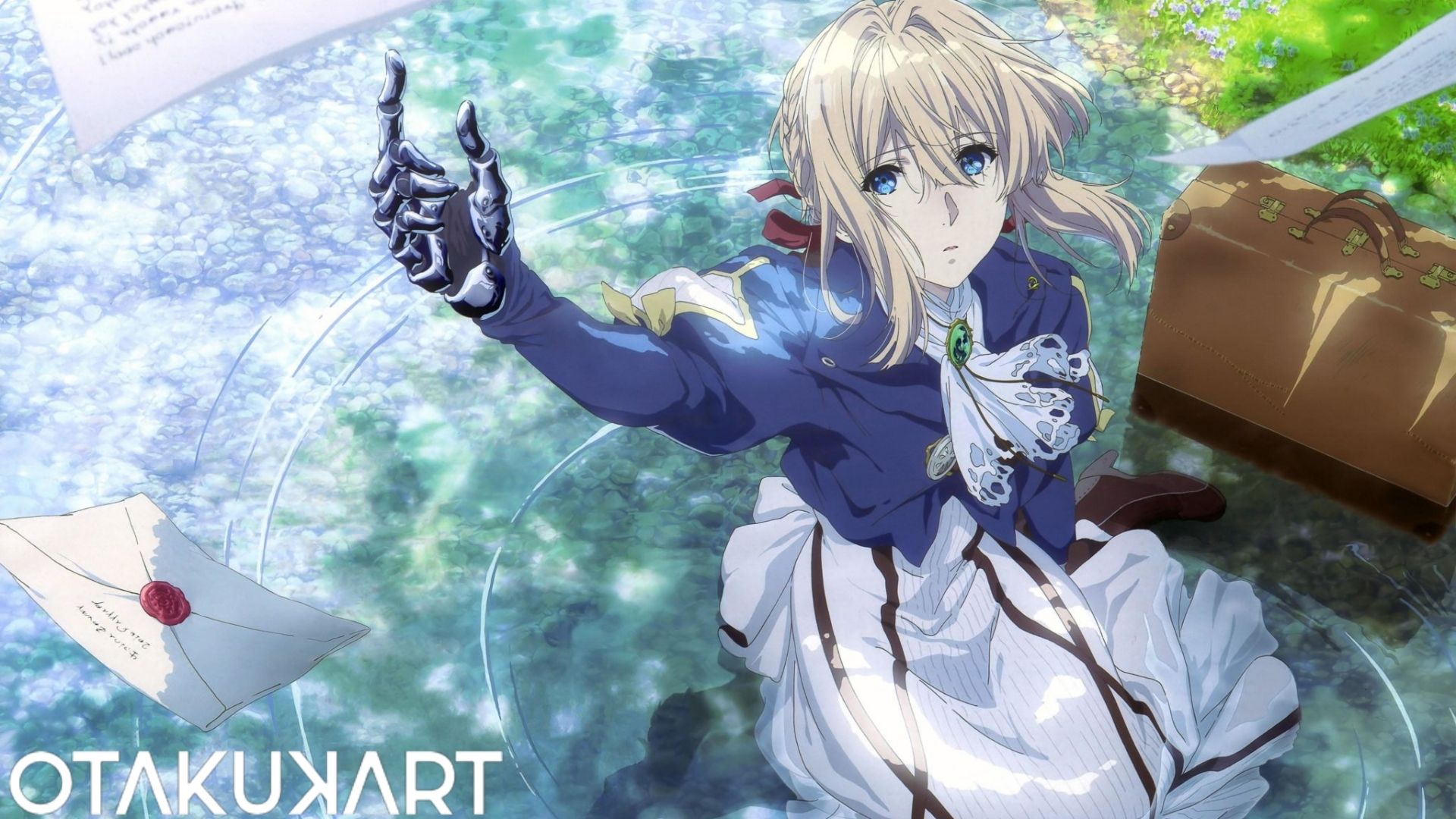 While the stunning animation will take your breath away, the tale will leave you in tears. There are some situations in the anime that will make your eyes pop out with the sights it has to offer. The gorgeous animation with the beautiful girl perfectly matches the requirements to be included in the list of anime with aesthetic vibes to escape reality and enter the realm of colors and imagination.

7. Land of the Lustrous

If you think CGI makes anime poor, you should watch the Land of the Lustrous anime. Unlike anime such as Berserk and Overlord, which are notorious for their terrible CGI, the Land of the Lustrous anime will do credit to what CGI should look like in an anime. The images are striking and will make you want to see the anime as soon as you see it. The anime’s characters serve as backdrops for the main narrative. 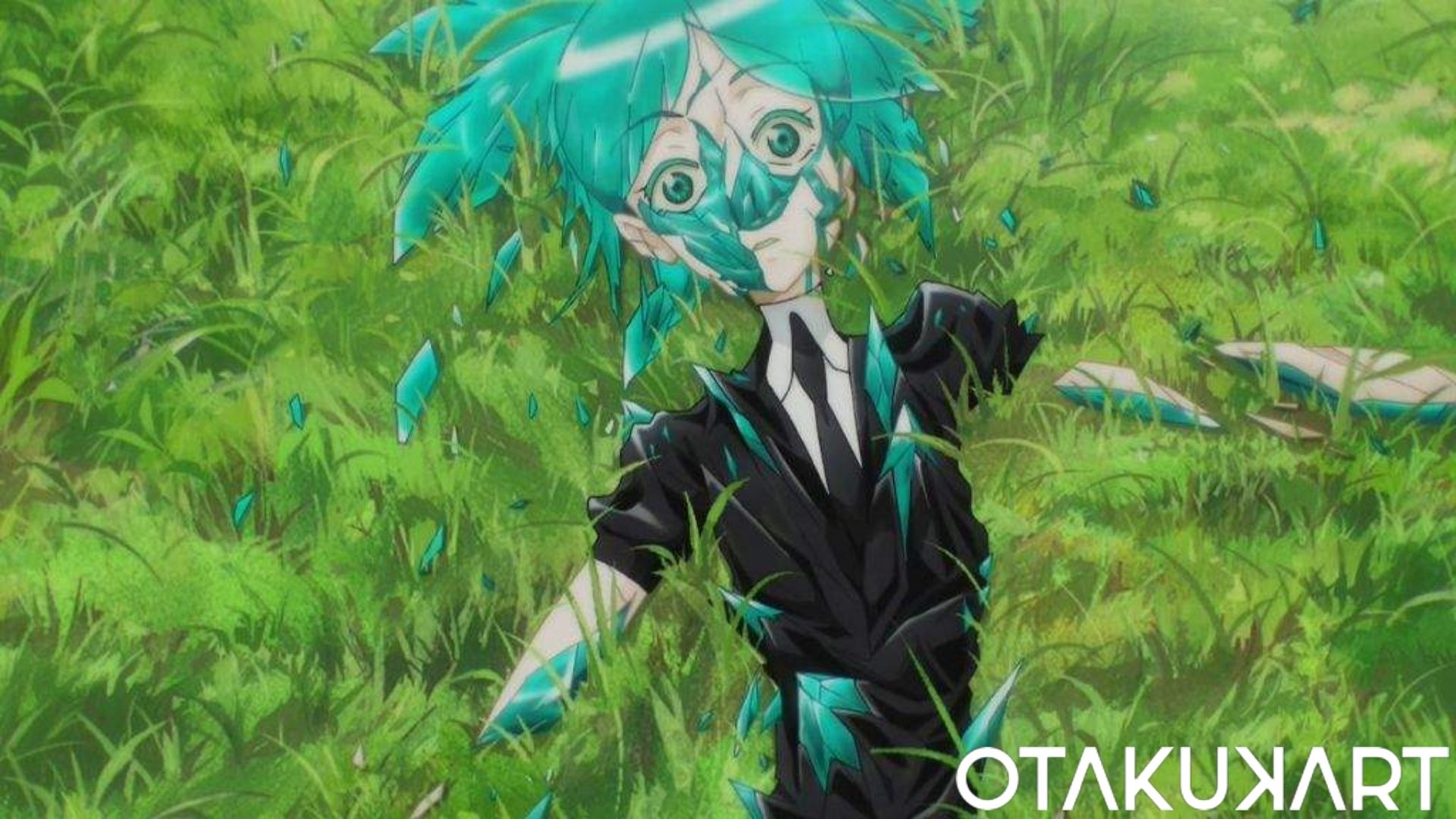 Land of the Lustrous

The characters themselves are made up of eye-catching diamonds. The anime is set in a far-future world where only crystalized species known as gems survive. They must defend themselves against the Lunarians in order to avoid being smashed into a million pieces and utilized as decoration.

The anime covers the artistic feel not because of its animation but because of its tale and the blend of materials that it employs. This anime’s voyage of the three various sorts of personalities is wonderful, and it has a mood that is unlike any other anime. This anime will take you to the next level with its blend of classic animation style and hip hop songs, and OSTs. The journey is hilarious, and the action is visually appealing. With a completely unique atmosphere, this animation is a must-see for all anime aficionados. 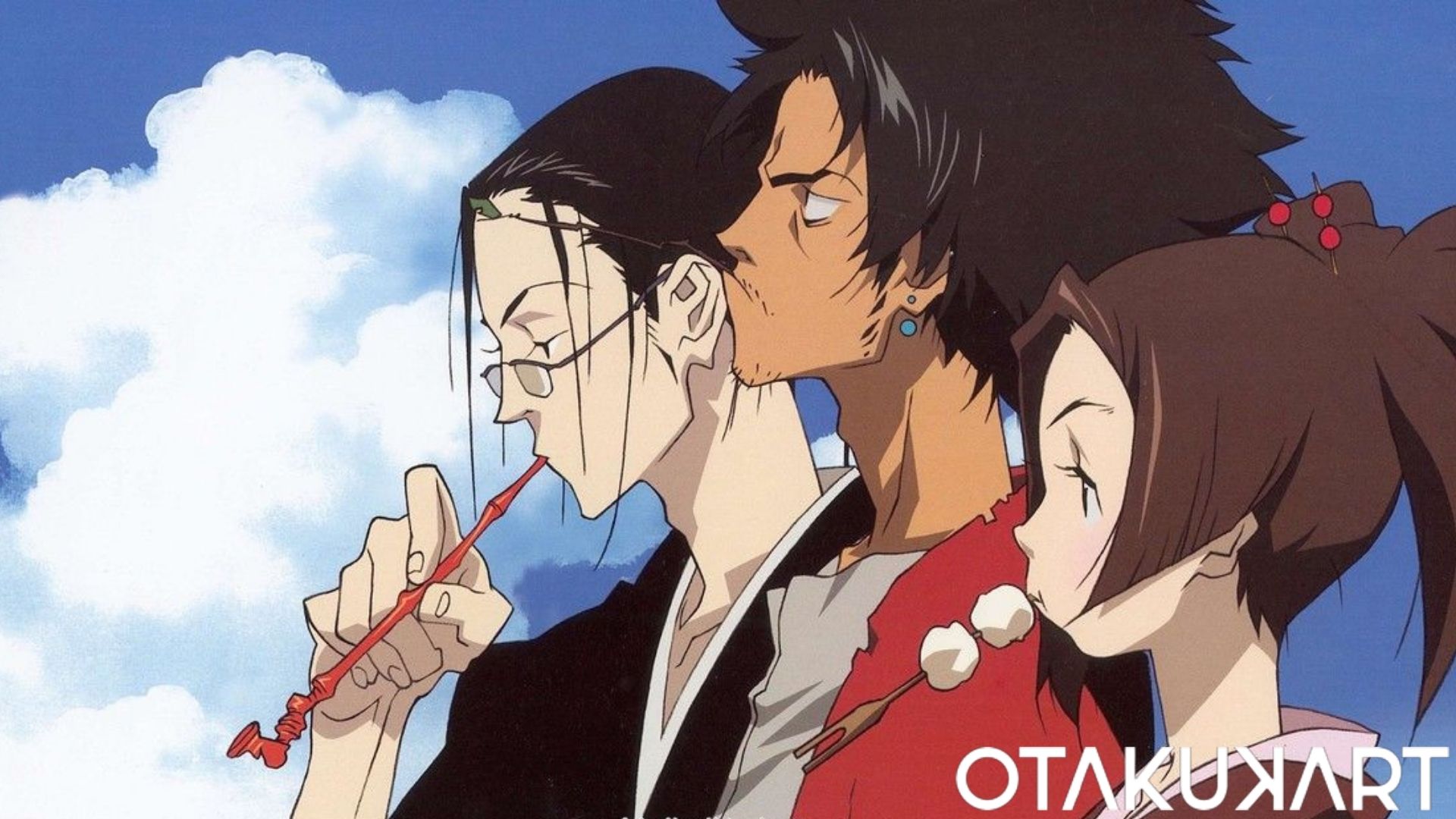 Wonder Egg Priority is a style of anime that will make you wonder what is going on. This slice-of-life anime with a supernatural twist will have your eyes wide open and keep you on the edge of your seat. The animation in this anime is really appealing. Everything about the characters, from their hair to their eyes, is stunning. The anime’s action sequence is so well-crafted that you’ll want to see it again and again. The plot is also excellent. 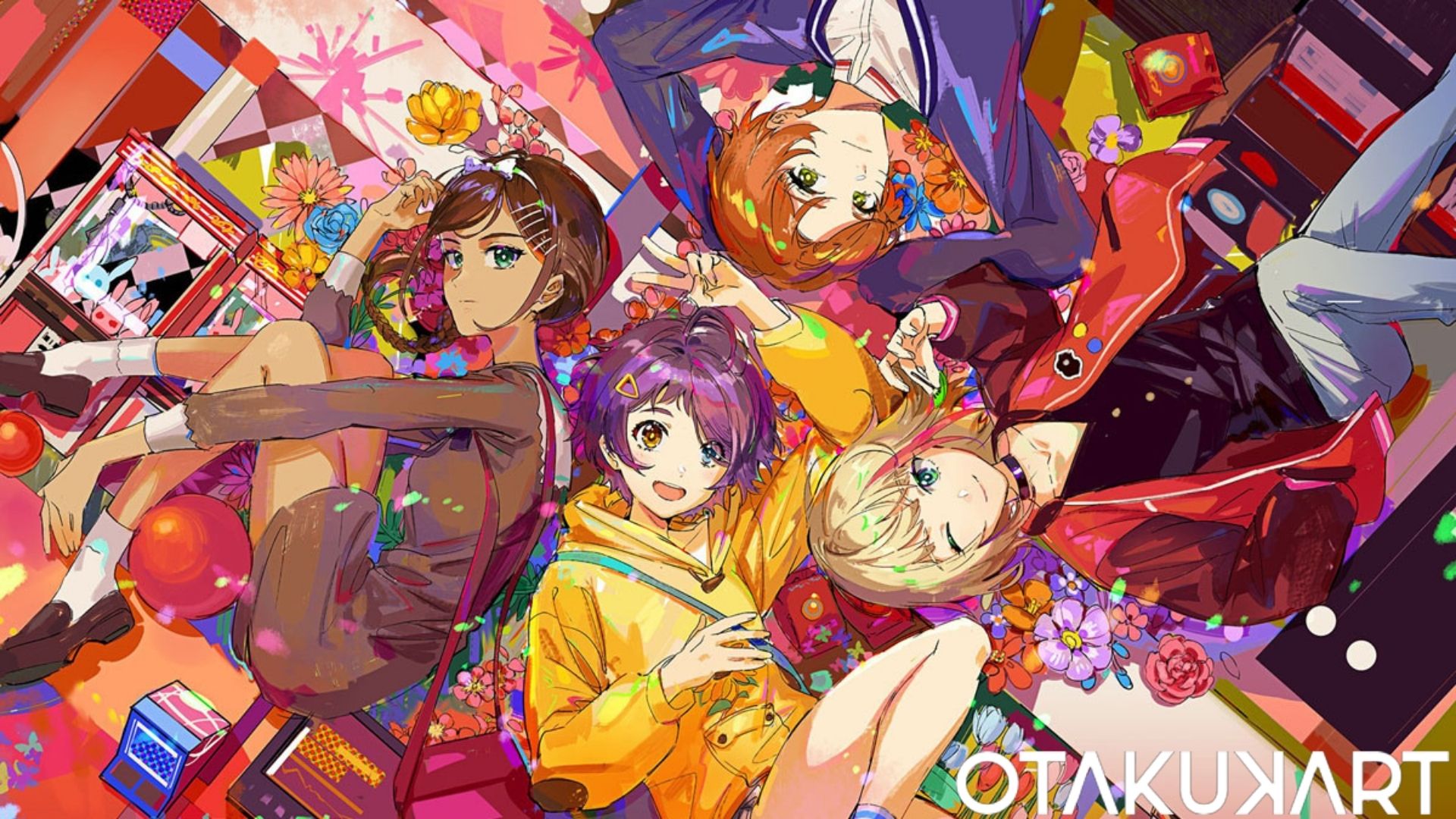 Nothing will make sense at times, and you will grieve with the characters at others. The incredible adventure that the pretty girls embark on in this anime creates an attractive aura. Fans like me are eagerly anticipating the next season of the anime.

Bubble is one of the year’s most anticipated Netflix anime films. Fans have been anticipating the debut of the anime film since the trailer was unveiled. The graphics in this anime film are just stunning. The teasers for the anime film were enough to get fans excited about its breathtaking aesthetics. 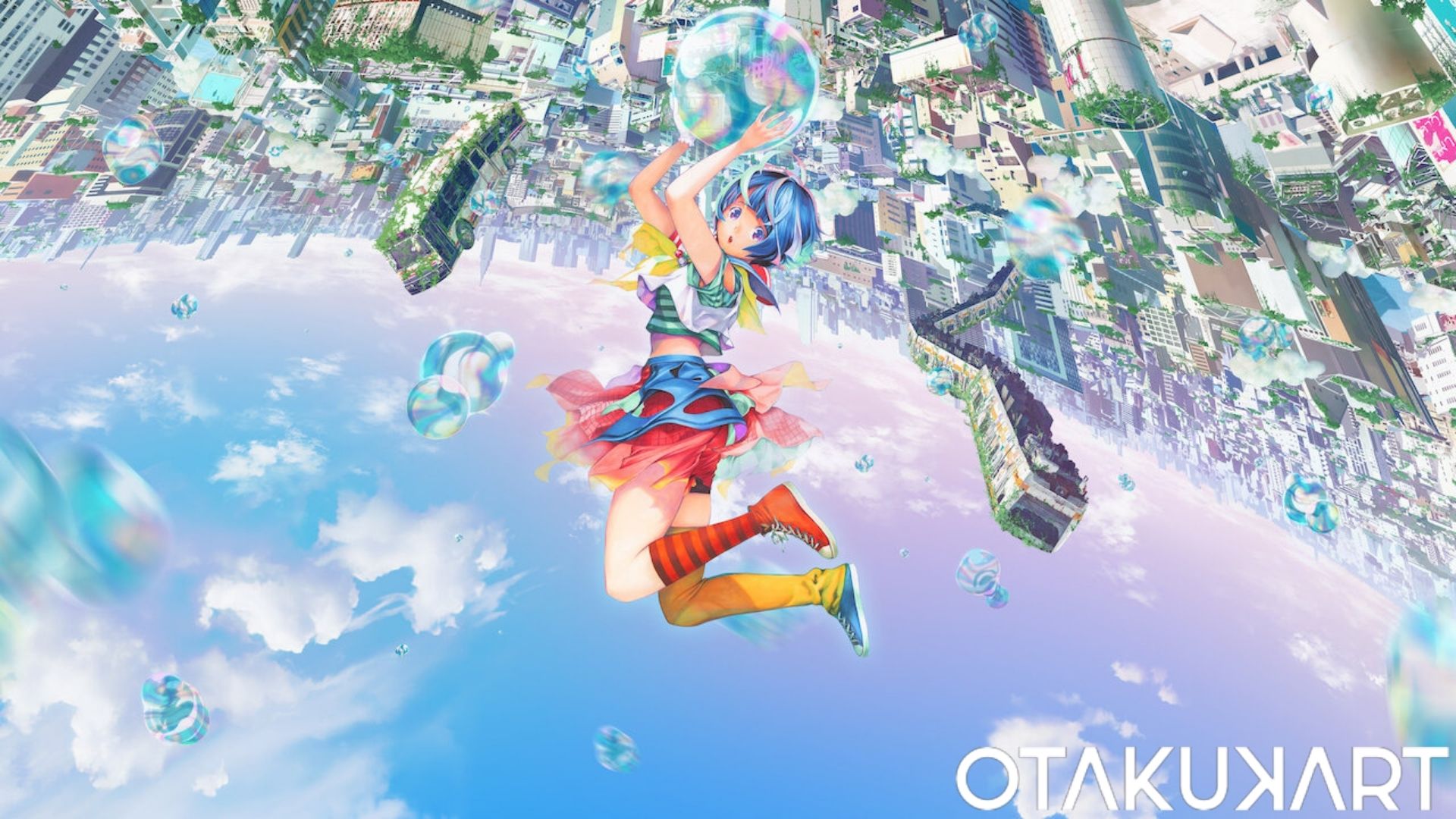 It tells the narrative of a youngster growing up in the abandoned metropolis of Tokyo, where gravity-defying bubbles have isolated the city from the rest of the globe. The city is used as a platform for stunts and parkour. During the little boy’s quest, he meets a mysterious girl, and the tale follows the boy and girl as they search for the mysterious voice.