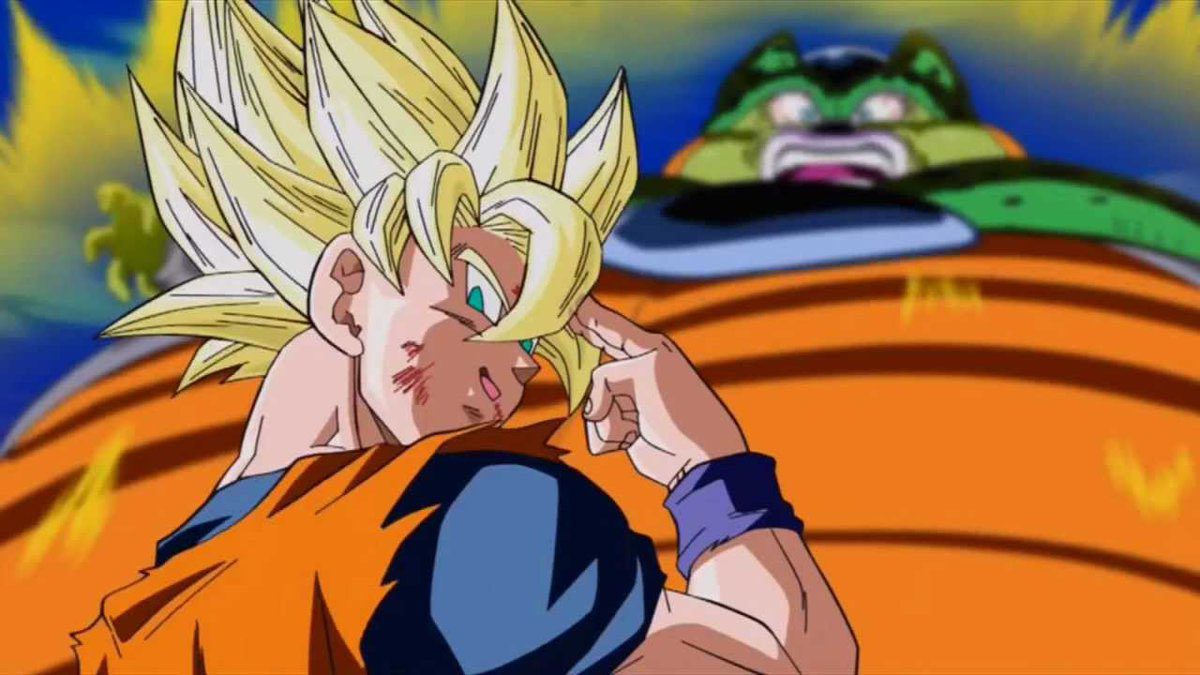 Ichigo Kurosaki from Bleach is without a doubt an exceptional fighter and exorcist, there is a myriad of abilities that he is good at and he possesses the powers to hold his own. However, as stated many times in the series, his powers are always fluctuating, meaning they don’t have a definite marker to them, sometimes, his powers are stolen, sometimes sealed, sometimes absorbed, etc. However, imperfection is often what makes an interesting character.

There is no doubt that our Bleach protagonist is extremely strong and reliable, plus the advantages that main characters in anime usually get. However, if there were to be a comparison between strong characters in anime, there are some names that can probably top Ichigo and his reiatsu. Here is a list of anime characters that possibly can defeat Ichigo Kurosaki:

Son Goku will probably make it to the top of every list in the context of the most powerful anime characters of all time, he has powers that are unmatched by anyone. Goku has the ability to destroy galaxies, if not entire universes, which no other anime character has. 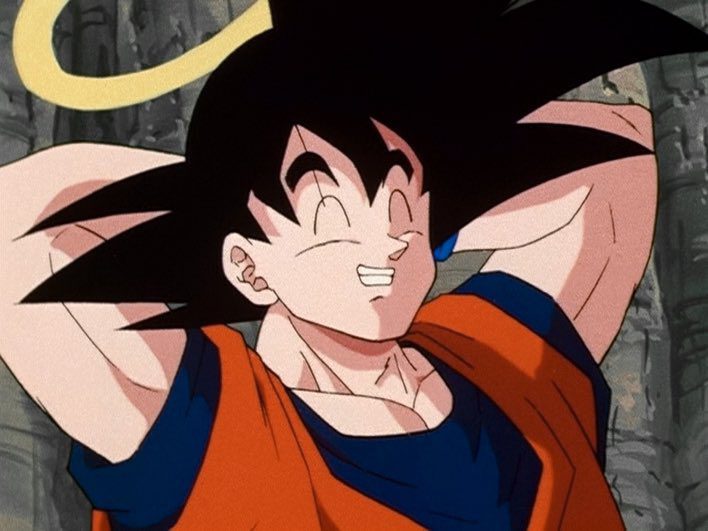 With his continuous training and power upgrades he only gets stronger, he is still gaining new powers which include his Super Saiyan God Form and Super Saiyan Blue Kaio-Ken. Other characters can from Dragon Ball Z can easily make the list, as they possess planet-busting powers too. Goku is definitely a match that will be hard to surpass unless you can also revive from your death twice.

Captain Baldy, often known as Saitama, is possibly the most powerful anime character ever conceived. His one ambition in life is to meet someone who will genuinely challenge him, but he has yet to do so. His talents are extraordinarily powerful, and it is unknown how he acquired them. 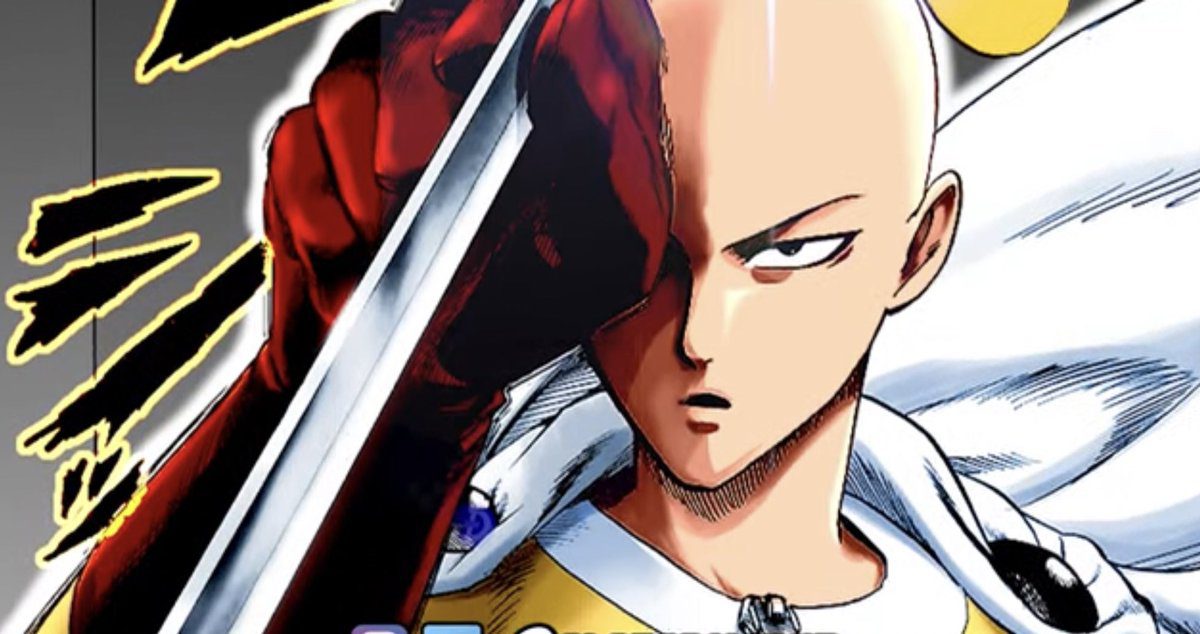 Although Saitama’s character is a comical character made just to rival all other powerful character’s from other anime, we cannot simply just dismiss his potential. Saitama has unlimited power and he’s basically built to be invincible, the main aspect of his power is that, that he can pretty much defeat anyone or anything with just one punch and that too at not even his full potential.

Kaguya Otsusuki from Naruto is an alleged god, so it only makes sense to include her in this list. She is the true reason why Shinobis and their numerous Jutsus exist, as she is the originator of all chakra formed on Earth. Kaguya is actually as powerful as a God and a character capable of destroying a whole planet. This is due to her heritage being from a heavenly clan and the link she shares with the God Tree. 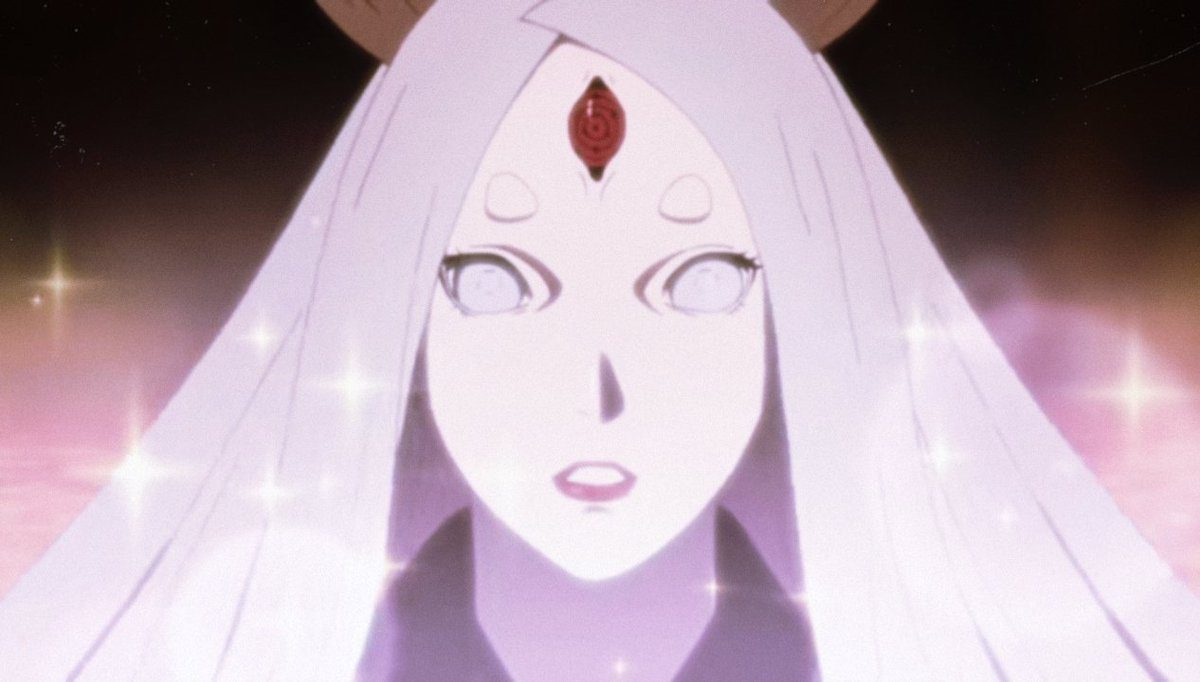 Amenominaka is a power that enables Kaguya Otsutsuki to instantly create new dimensions and teleport herself, as well as anything or anyone else, to that dimension. At one point she possessed the ability to blow up an entire space-time and recreate it from the ground up, making her one of Naruto’s most powerful characters. This only proves that she is a force to be reckoned with.

Ryou Asuka was literally Satan himself who was cast down to Earth by God due to a conflict. He was in the custody of the demon Psycho Jenny on Earth. Ryo Asuka is the devil incarnate, so it is feasible to believe that Satan in human form can do insane amounts of damage, world-shattering even. They have the ability to reincarnate at any time and location as Satan. 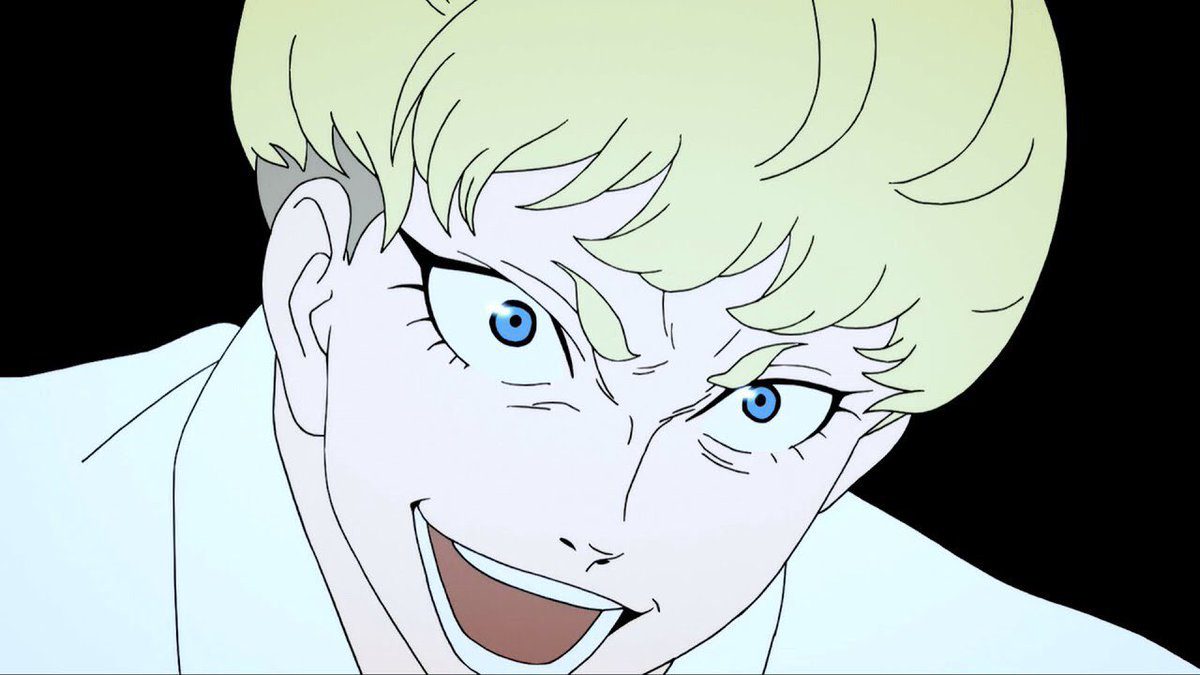 He has demonstrated powers such as growing plants, killing animals with thinking, forcing water to materialize, creating force shields, and tremendous telekinetic force since their incarnation as a male human infant. They can fire tremendous beams of light that can rip the moon in half once fully unveiled. They can also conjure lightning bolts to strike specific targets.

Koro-Sensei from Assassination Classroom can be classified as an extraterrestrial being –  not only because of his yellow octopus-like appearance but because of the many super-human powers he can execute. Koro-Sensei has the ability to liquefy himself, change his color and shape, and is nearly invincible except against a specific antimatter weapon. His speed is also a key component of his strength. 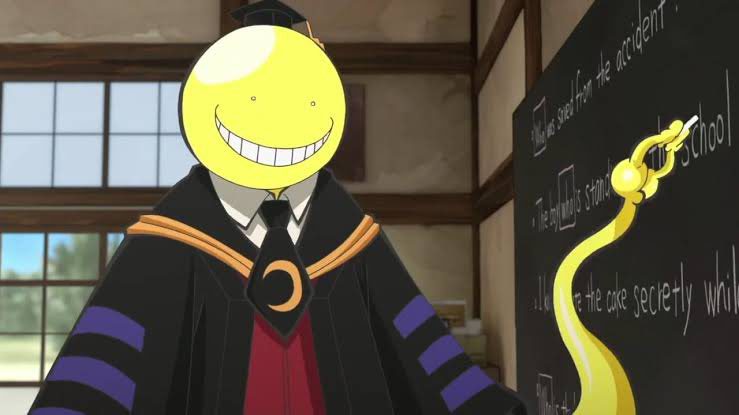 Koro-Sensei has excellent reflexes, a powerful defense, and a lot of energy, so he can take on anything thrown at him. Not only is he physically overpowered, but he is also an intelligent being and an expert on practically any subject. He is also well-versed in every assassination tactic ever devised. Although his weaknesses are his tentacles – which, if grabbed, can lead to the defeat of the tentacled teacher, but it is almost impossible to get a hold of him because of his insane speed.

Haruno Shiobana, Dio’s son, is a stand user who obtained the requiem arrow, which enchanted his stand and turned it into a gold experience requiem. After obtaining the requiem arrow, Giorno’s stand is without a doubt the strongest in existence; he has the capacity to return anything to its prior state and has incredible healing abilities. 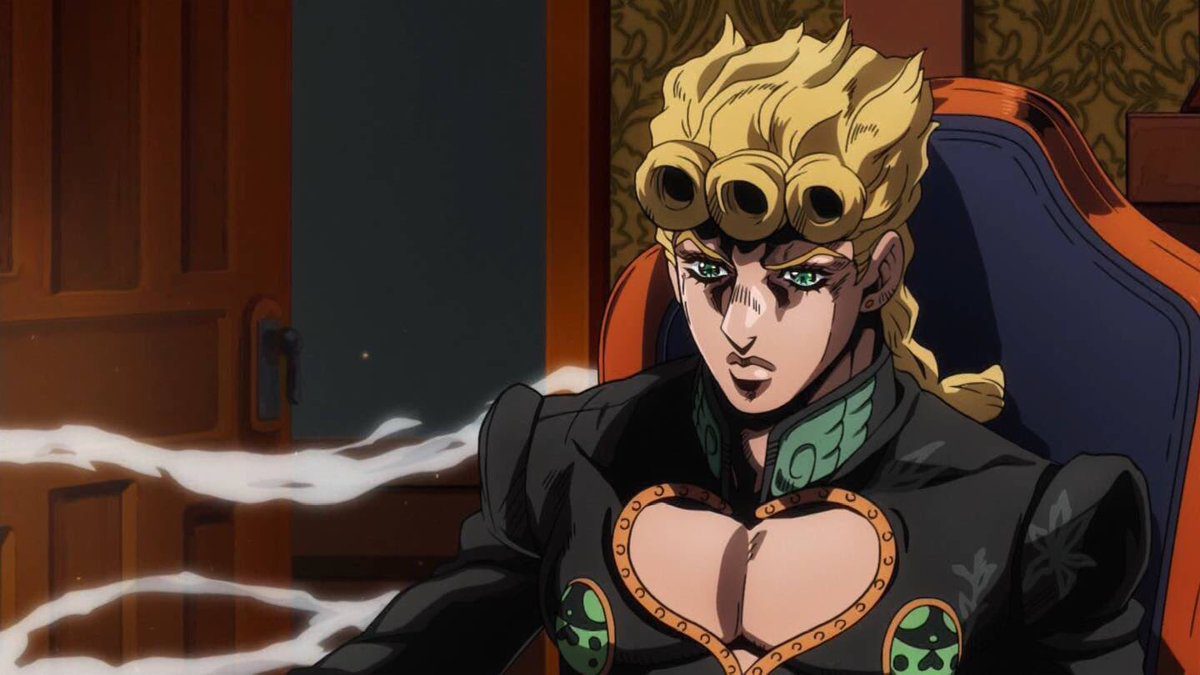 It is one of the most versatile powers, allowing him to bring objects, animals, and creatures to life and convert them, even turning butterflies into money. Even the most cunning opponent can be fooled by this transformation, and Giorno only needs a few moments to carry out his plan. If that fails, he has the ability to reflect blows.

Saiki does not perfectly fit into this list because of him being from a comic anime, but it has hard to ignore or dismiss the massive variety of powers and potential he holds. Saiki’s powers are not only physical but also transcend to the unexplainable and metaphysical realm. Saiki Kusuo has so many abilities that it is almost hard to keep track of. 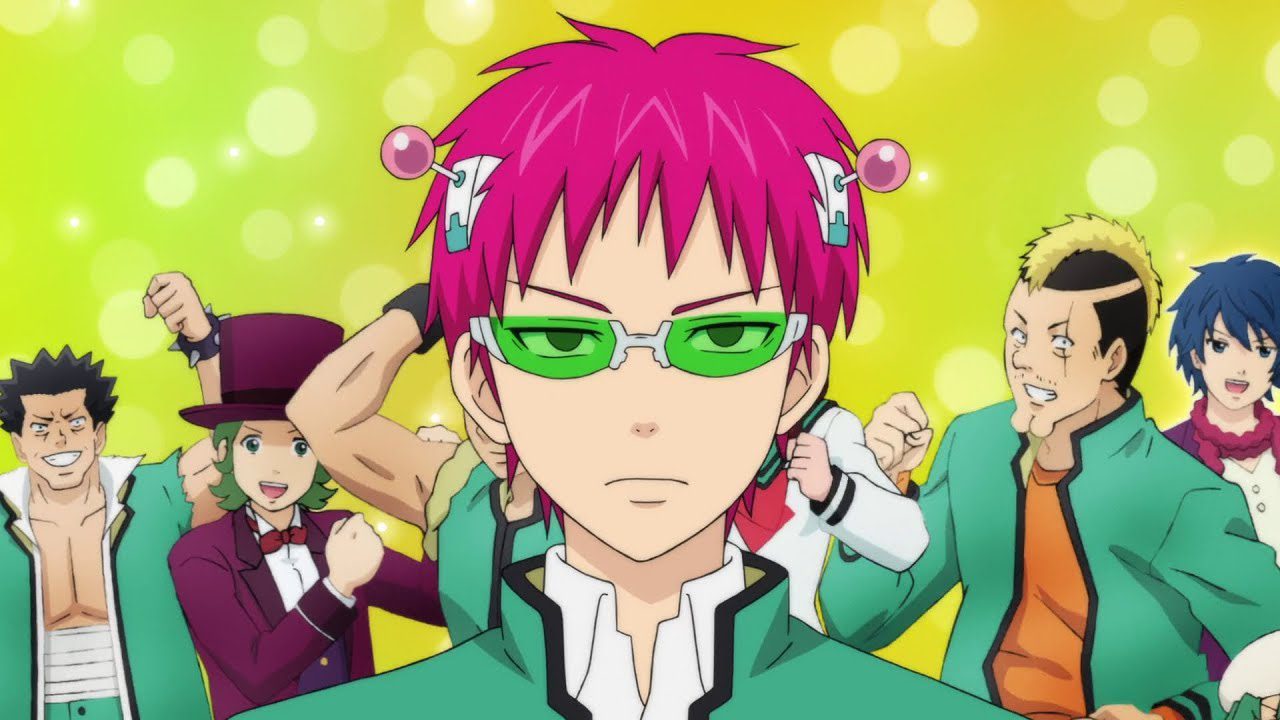 Some of them include Telekineses, Mind Control, Memory Alteration, Hypnosis, Bilocation, Reality fabrication, and that’s not even all of them. Besides having all these powers, he’s extremely strong, can fly too, and is just generally smart. His powers have always shown to be limited as he likes to keep it that way through the two antenna-like accessories on his head, so it is impossible to know how invincible he could be without the limiters.

Alucard is a vampire anti-hero who uses his arsenal of abilities to defeat basically anyone. He is often referred to as immortal. In both his skills and the literal meaning of his name, he is a monster. Alucard gives any opponent a fight for their lives, capable of taking a bullet to the head from point-blank range and laughing it off. His abilities range from the ability to harden his skin to travel at great speeds to intangible nature, which allows him to walk through barriers and avoid attacks. 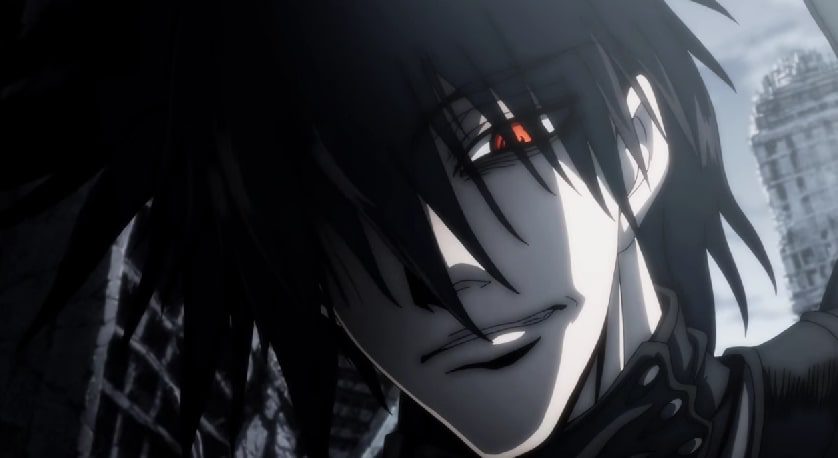 He also absorbs a target’s soul by draining their blood, preserving their memories and skills for future use. He is considered an army of thousands in one body when he is at his most powerful. His power grows with each passing year, and he has been alive for more than 500 years, so you can only imagine how scarily powerful the vampire can be.

Meruem was the Chimera Ant Queen’s most powerful child. He was the main antagonist of the Chimera Ant arc and was known as the “King” of the Chimera Ants in Hunter x Hunter. His incredible physical prowess is only matched by an unparalleled intellect, both of which seem to position him well above the sphere of human possibility. He has more power than the Royal Guards as the King of the Chimera Ants, and he can augment it even more by consuming Nen users. 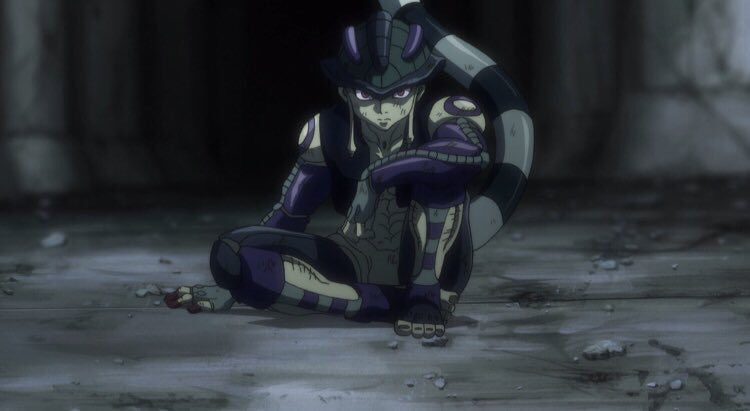 Aura Synthesis was Meruem’s most potent Nen ability, and it worked by him eating other Nen users. When he ate them, their aura merged with his own, making him considerably stronger. Without a question, this is one of Meruem’s most powerful powers, and it is what makes him a force to be reckoned with.

Meliodas is the leader of the Seven Deadly Sins and the Dragon’s Sin of Wrath. The Demon Sword Lostvayne is his Sacred Treasure, and Full Counter is his innate power. He was already exceedingly powerful from birth, boasting extraordinary power that was recognized by all, and he was well on his way to becoming the demon king. He was the ace of the Demon Clan as a whole, and no one could oppose him except the demon king himself. 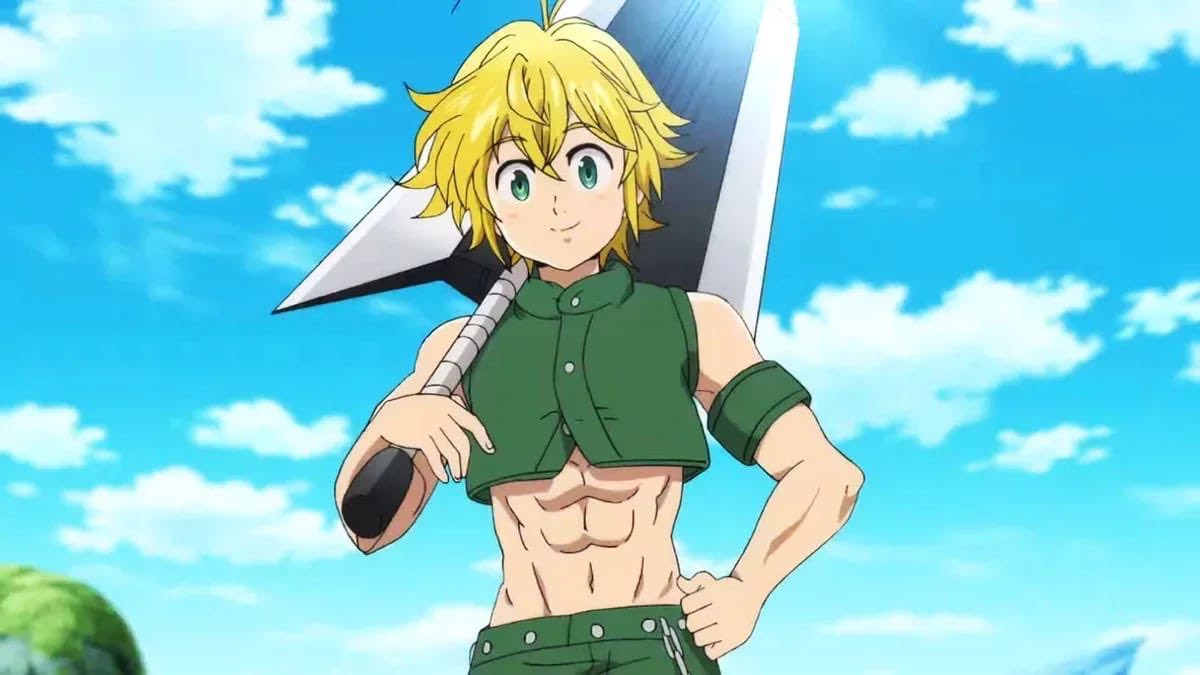 He wielded the commandment of love, preventing anyone who despised him from attacking him. When Meliodas is in Assault Mode, this ability is exceptionally potent because he is harsh and cold-hearted, making it impossible to admire him. Meliodas is, without a doubt, the most powerful of the Seven Sins. He had absorbed all ten commandments while maintaining his strength and agility. Due to the unique ability of Full Counter, technically, Meliodas might just be able to fight off anyone on this list.