The teaser trailer for ‘The Boys’ Season 3 was released, providing a nearly two-minute look at the future season of the Amazon Prime Video series, which is full of lasers, blood, guts, glory, and, presumably, dancing. Butcher is dealing with a mysterious case of glowing, light-beam-shooting eyeballs in the teaser, while Homelander tries miserably to control his fury. Hughie is having a nervous breakdown at his new job as a high-ranking government official. Soldier Boy has awoken, and Annie, a.k.a. Starlight, is crying. And there’s something that prompted Frenchie and Kimiko to launch into a major musical act, replete with backup dancers.

Seeing the teaser, I’m really, really excited for The Boys Season 3. I’ve loved the two seasons as well as the animated spin-off. There’s something just really funny about The Boys, and not only does it do comic book parodies really well, but it also discusses things like commercialism, politics, and the way the world is. Just bloody tells it like it is, and I’m really excited to see season 3 after this new teaser. I think it’s going to be a great season, and I can’t wait until it releases in June. Now going forward, there will be some spoilers here in regards to the comics. We will be going through literally every detail that you might want to know about. With that out the way, now let’s get into our The Boys Season 3 Teaser Trailer breakdown.

The most important lesson from this teaser is that the Boys will be taking Compound V on their own, which is a direct reference to the comics. They injected themselves with the drug to develop powers, which they exhibit at certain times in order to level the playing field. The trailer begins with Butcher right after he’s taken it, and we follow him as he tries to keep this a secret. You get a strong sense of wrath from him, and he blasts lasers out of his eyes, something Homelander does all the time. We see him fighting a supes and kicking the snot out of him, demonstrating how much his strength has developed. He vomits at one point, which I assume is a side effect of the medication. 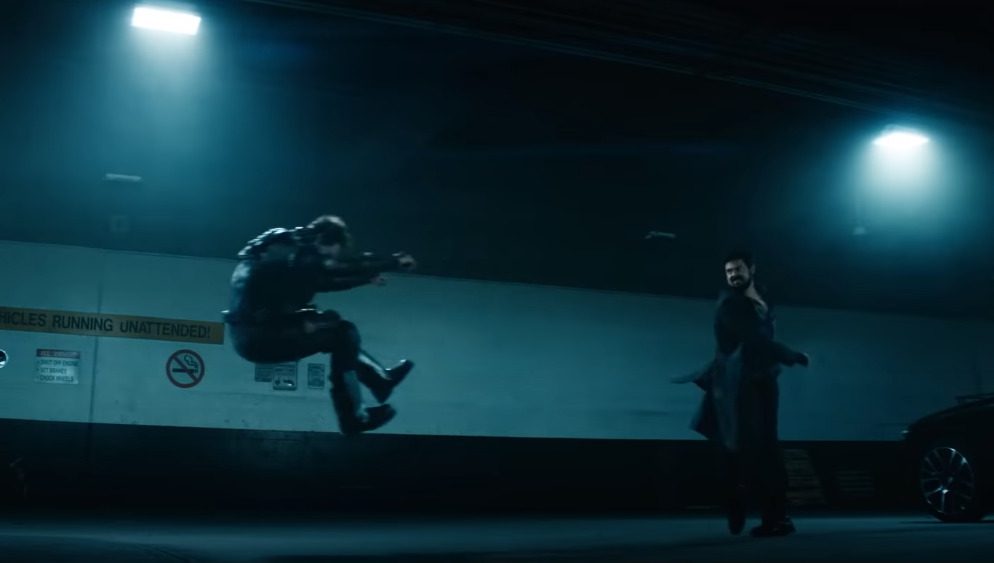 Bones by Imagine Dragons is playing in the background, and it is very much about new magic within someone, which is symbolized by Butcher’s change. This teaser starts out as a character piece, with numerous characters appearing in brief shots throughout. Butcher is reflected in the mirror by Homelander, who is doing the same thing. The former is in a decrepit bathroom, whereas the latter is in a luxurious apartment with artwork all around it. It’s hard to tell what this is all about, but it’s all largely based on previous wars, which foreshadow the fights that will take place in the show.

We then get them both, followed by Black Noir, in the same way that Butcher now possesses powers that reflect Homelander. In the comics, it’s revealed that he and Homelander are closer than you might expect, and while I don’t want to give anything away about one of the huge potential surprises, it’s crucial to keep these three characters in mind because they’re in a triangle with each other.

Next, we cut to Hughie, who, unlike the previous three, appears to be in a vulnerable position. I’m presuming he’s hiding after learning about Victoria, with whom he ended up working at the end of Season 2. Last season, Victoria Neuman was revealed to be a Vought agent working for the government, and they’d certainly like to keep this a secret. Vic is based on the comic book character Vic The Veep, who was also a Vought plant. 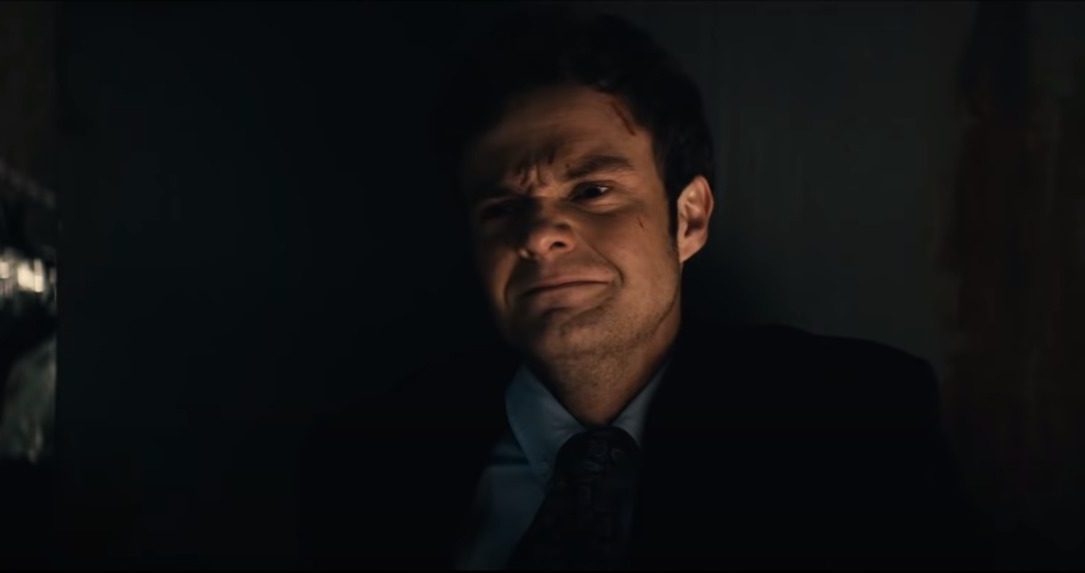 It’ll be interesting to watch how they handle it, especially since Victoria is a supe herself. She’s clearly someone who could stand up to Homelander, and you could see her gazing at him in the crowd during Season 2 as if she was about to pop his head off. Hughie will, of course, figure out that she’s a Vought plant, and this will get him back into the boys’ good graces. He also gets his arm shattered by Kimiko later in the teaser. It’s possible that she’s doing this because he’s had a taste of V himself, and he’ll need it if the Supes find out he knows the truth about Vic.

Soldier Boy will be played by Janson Ackles in the next Season. He’s basically a Captain America parody, a super patriot only interested in proving that America is the best. In the comics, there were several characters that took up the mantle and one that even ended up sleeping with Homelander. It’ll be interesting to see if they go this route, but I think most likely that we’ll get him facing off against Homelander as they both compete for control. At one point, we get a wall of superhero misdeeds on Newpapers. This includes Soldier boy, who is referred to as a Fallen soldier. Judging by the end of the trailer, it looks like they’re doing a similar story to Captain America where they pretended that he died and then revived him. 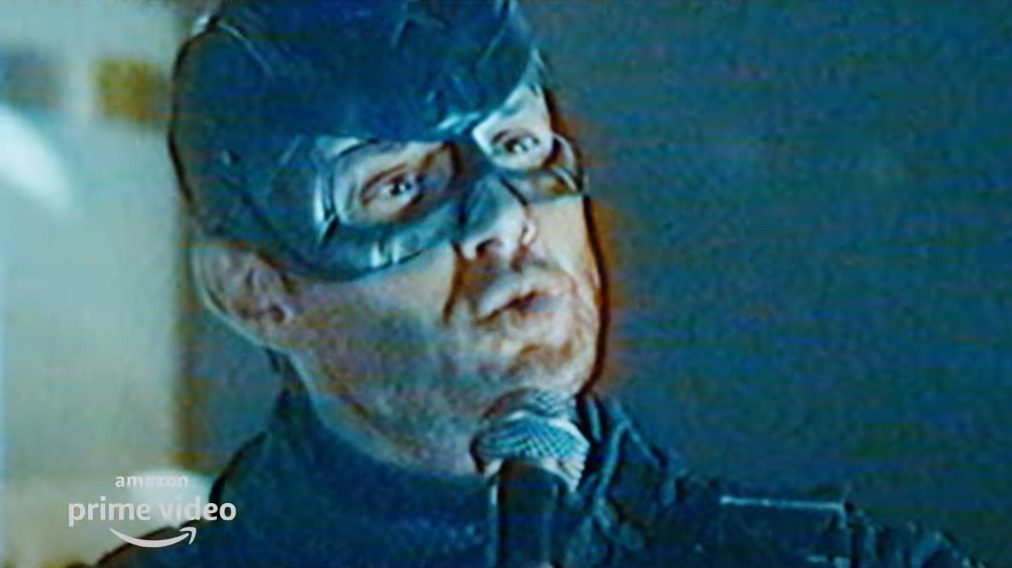 He very much seems like he’s been kept in status or something, and much like Stormfront, he’s an extremely old character who’s retained their Youth through compound V. We see him fighting in the trailer, and due to the vignette over the footage that makes it seem older, I’m guessing this is one of his last missions before he was put in status. The guy seems off the leash and just going wild, so they probably had to put a stop to him. Now though, they need him back after Stormfront was revealed to be a Nazi, and it makes sense that Vought would bring out a World War 2 hero to show they don’t have any affiliations to them.

From here, we cut to what seems like a protest between people wanting peace and the police. A-train busts up in the middle of it and opens a can of Turbo rush, which seems to quieten things down. Now, if you don’t know, and I’m absolutely dying here, this is riffing on the Kendall Jenner Pepsi ad in which she did something similar. There was a big protest, everyone kicking off, but she arrived with some Pepsi and saved the day.

This commercialism is mirrored in the pop band that then appears, and we see them at two locations, making me think that they do this throughout the season. The stars on their chest are similar to Captain America’s, so it could be riffing on the star-spangled man with a plan. Hughie kisses starlight in public, and Homelander pushes A-train’s stomach before threatening, similar to how he did to starlight in Season 2.

At this point, we see a body exploding, and it is difficult to make out who’s doing this. They have long hair and a red coat, but it doesn’t actually look like Victoria. Instead, I think it might actually be Cindy, who you may recall had similar powers to Victoria in Season 2. We never got a resolution to her story, and it makes sense that she’d still be out there somewhere.

Antman In The Boys Season 3

We later see her exploring someone’s jaw in what I believe is a moment that precedes this one. Later on, Starlight sees a man exploding, and though it might be linked to her, if you slow down the footage, you can actually see a man jumping out of him. Guy probably did an ant-man and jumped up someone’s butt and then went back to normal size, which, yeah, not a nice way to go. There’s a sign that says Lucky, which he isn’t. That’s not even a joke.

We meet a brand new character in the Crimson Countess. She’s very much a Scarlett witch parody who, of course, has had a lot of popularity recently with WandaVision. Now whereas The Scarlett Witch’s powers have sort of transcended into reality warping, the countess has more of her first-level abilities, such as the ability to fire things from her hands. This is usually fire, though, in the teaser, it does look like Red chaos energy. She was very much used as a tool of propaganda against the Russians, much in the same way that Soldier boy was used in World War 2. 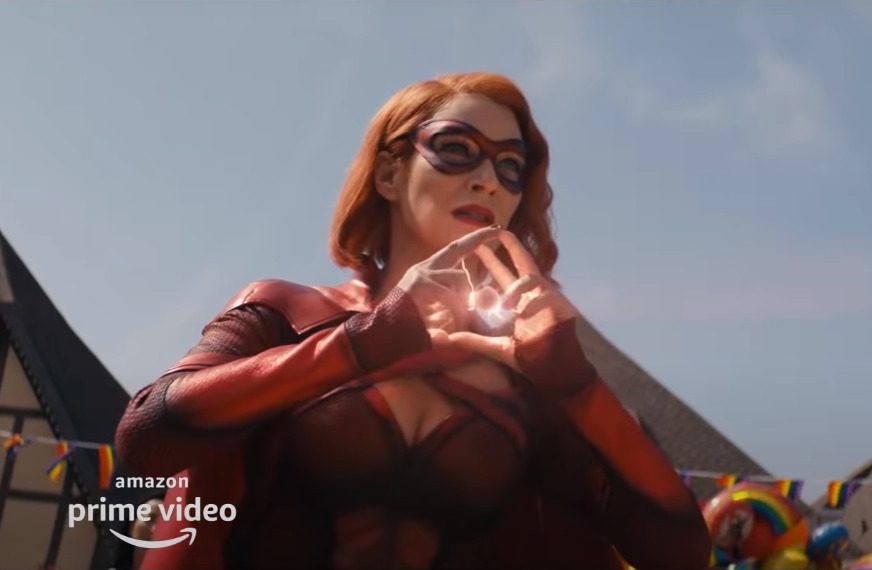 I don’t think they’ll go up to the level where she’s able to change the world around her, but still, there are lots of things they can do with her. She’s being played by Laurie Holden, who was Andrea in the walking dead, and I can’t wait to see what she brings to the show. She destroys a statue of Homelander, which spills open with guts which, yeah, no idea what’s going on there, maybe there’s someone inside.

Now from here, we cut to Homelander landing at a rally. This has banners saying Keep America Safe and also Gods, Guns, and Homelander. In the crowd, we can actually see someone wearing horns, and this is clearly a parody of the guy who wore the same thing during the January 6th Insurrection. Getting very, very political and clearly, it’s a comment on the climate in the US right now, which the boys have never shied away from. His son seems angry, and I’m glad that he’s returning.

Also Read: 10 Movies Similar To Fast And Furious That You Should Check Out