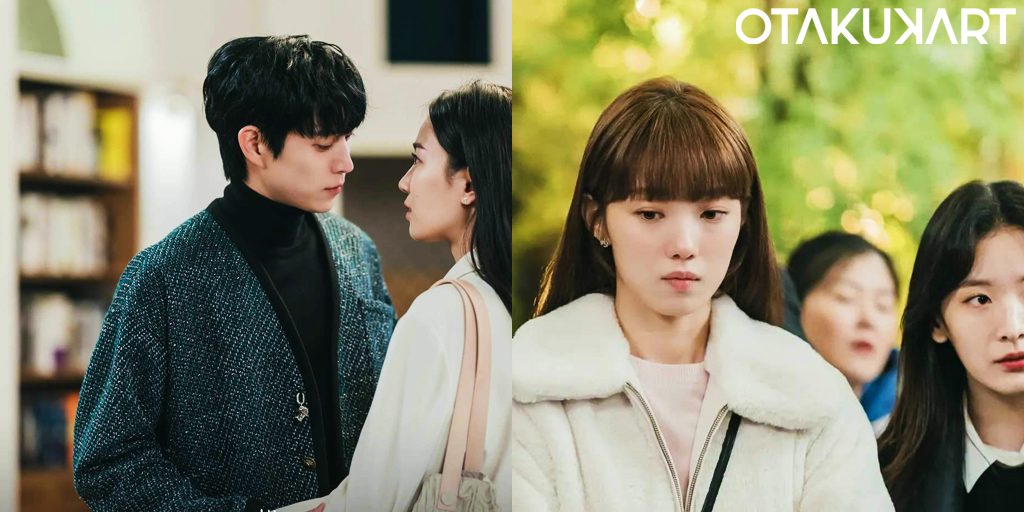 The release of the next episode of tvN drama Shooting Stars (also stylized as Sh**ting Stars, referring to the mess the entertainment industry stars make) is just a tad bit far away now, and fans can’t wait for it any longer. And how could they, when in Shooting Stars Episode 9, we will finally (fingers crossed) get to see the consequences of the love confessions by the superstar Gong Tae Sung and lawyer Do Soo Hyeok to our main character Oh Han Byul.

That’s right, even though the confessions from our male leads have effectively laid all the cards on the table, the writers are – in classic K-drama rom-com fashion – stretching out the conclusions of the feelings of all the parties involved by them indulging in endless amounts of agonizing and brooding over their past mistakes, giving a double dose of heartburn and butterflies to the viewers.

Well, a slow-burning romance is always exciting, but if you try to burn the same thing again and again, all that will be left is ashes. On that note, viewers are hoping that Oh Han Byul can completely understand and convey her long-stewing feelings about Gong Tae Sung out to the world in Episode 9 of Shooting Stars, causing the least possible amount of emotional damage to the lawyer Do Soo Hyeok. In case you are wondering about how the story will go further, we have gotten a summary of the preview and release date of Episode 9 of Shooting Stars in this article.

Shooting Stars Episode 9 will release on 20th May 2022, at 10:40 PM KST (Friday). The time according to other zones, is 7:10 PM IST, 11:40 PM AEST, and 9:40 AM EST. In the epilogue, we come back to the filming of the kissing scene between Gong Tae Sung and Baek Da-Hye. Now, we know Baek Da Hye was a crazy fan of Tae Sung to the point she spent money on him and went on his fan signs, right? Well, our PR head Oh Han Byeol is also monitoring the intimate scene between them, but as their lips edged closer to each other, Han Byeol gets flustered and leaves the scene, with Kang Yoo Sung feeling puzzled about her actions.

In the Episode preview for Shooting Stars Ep 9, viewers have yet another round of our characters meandering and brooding and telling everyone but the subject of their love the actual feelings inside their hearts. Oh Han Byul talks about how she has a first love about whom she has never talked to anyone because it’s highly embarrassing that she has fallen for a celebrity. Doo Soo Hyuk reassures her by saying that he is not a star staying far away in the sky but a human just like her. 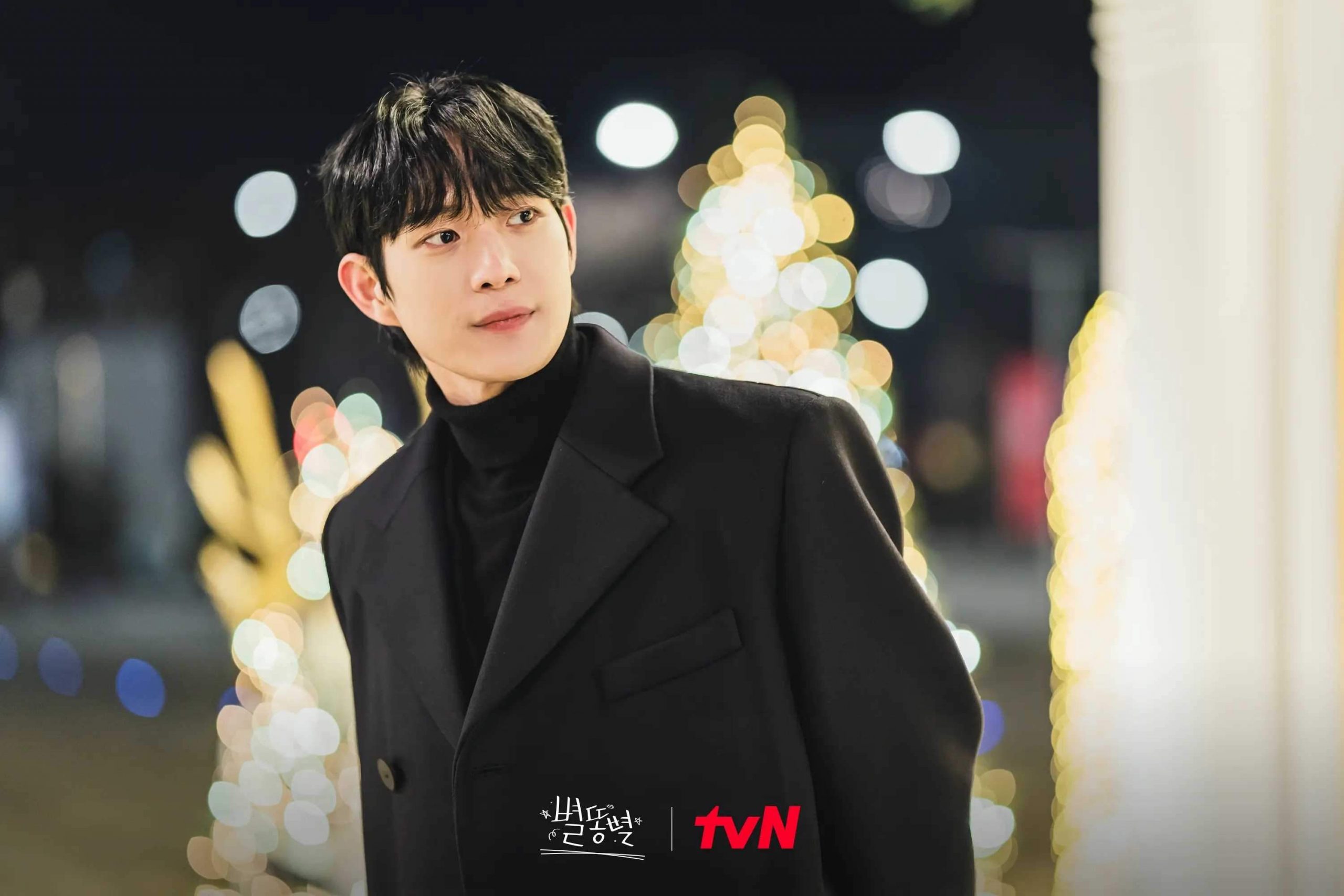 Meanwhile, Gong Tae Sung talks to himself while sitting alone in his car, thinking out loud about how much he misses and wants to see Han Byul. On the other hand, during one of his shoots, the photographer tells Tae Sung to look at the camera as if he is looking at someone he is in love with, and Han Byul is standing nearby, so guess who he looks at? 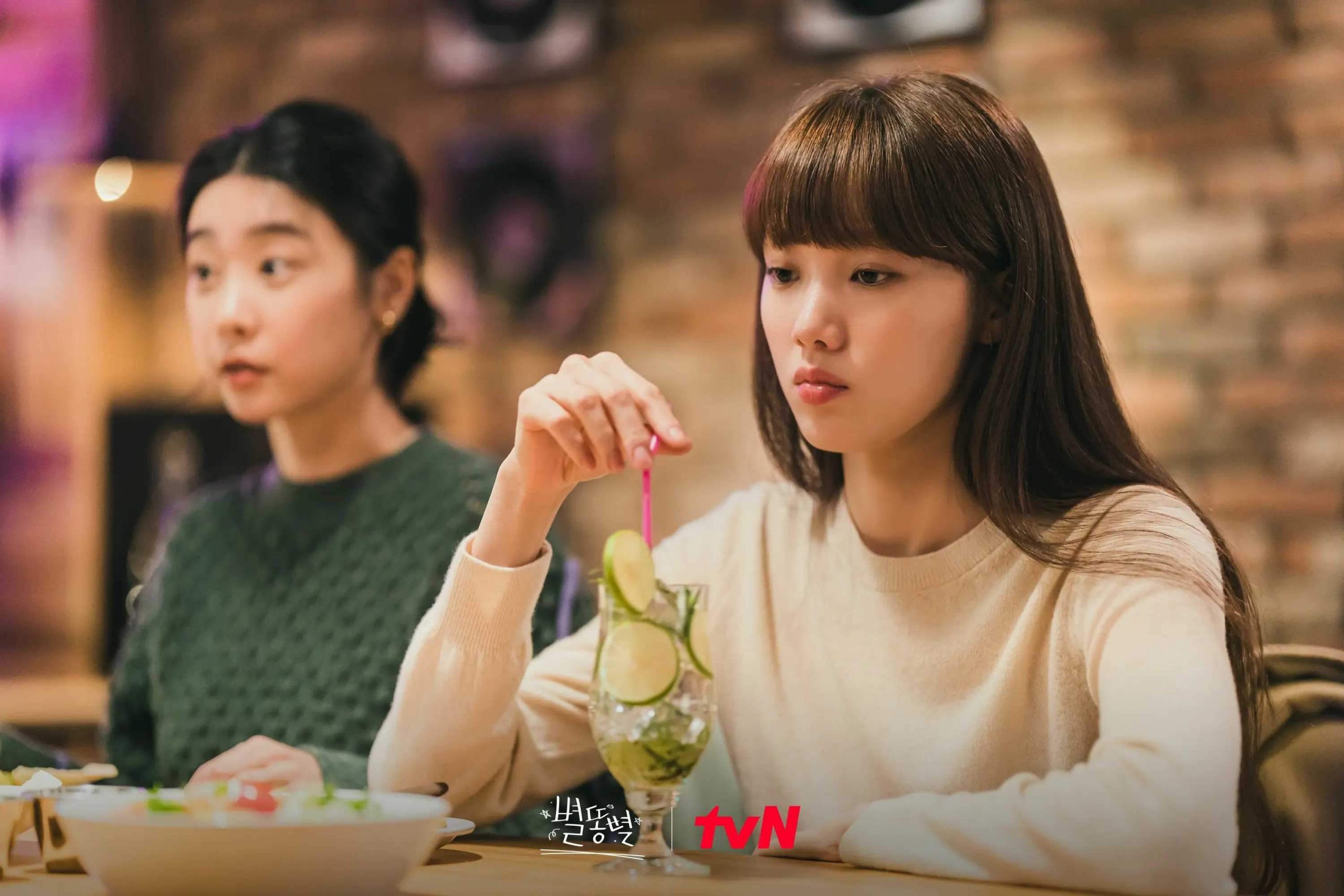 Meanwhile, a frustrated Tae Sung asks Han Byul whether she really is never going to see him ever again. Then we see Tae Sung waiting for Han Byul outside her home and the latter looking out her window in true Romeo-Juliet style. Han Byul screams in return, “hey! So you really like me?” and Tae Sung answers in the affirmative. When Han Byul says he is crazy, he replies in multiplied frustration that he likes her enough that he can’t even comprehend what he is saying to her, shocking Byul. 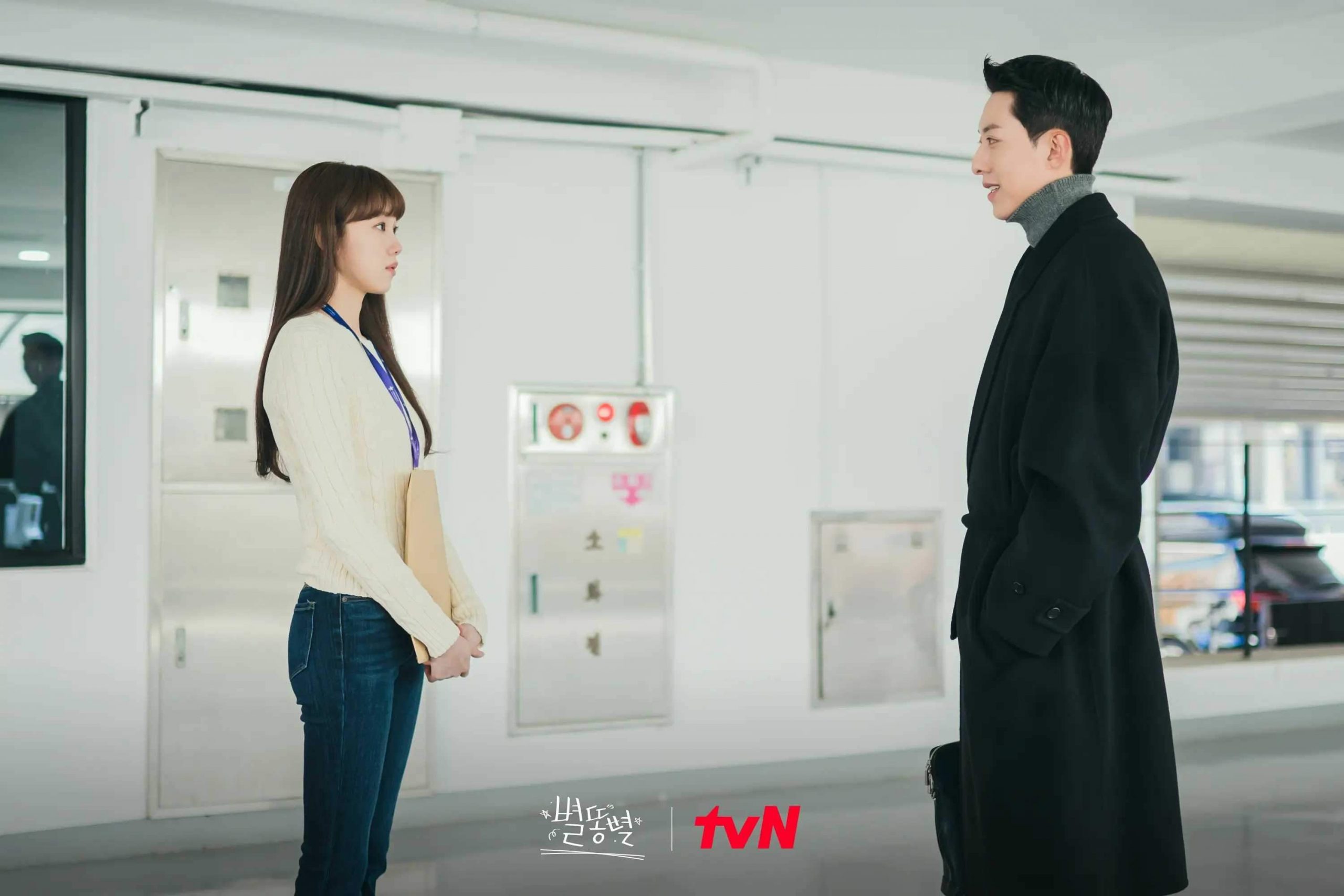 Episode 9 of Shooting Stars will air first on the Korean television network tvN at first, after which it will be available for streaming on Rakuten Viki. Viewers from selected regions can also watch Shooting Stars Ep 9 on Viu and iQiyi the next day after airing, i.e., 21st May 2022.

Also Read: How To Watch The K-Drama Green Mothers’ Club?