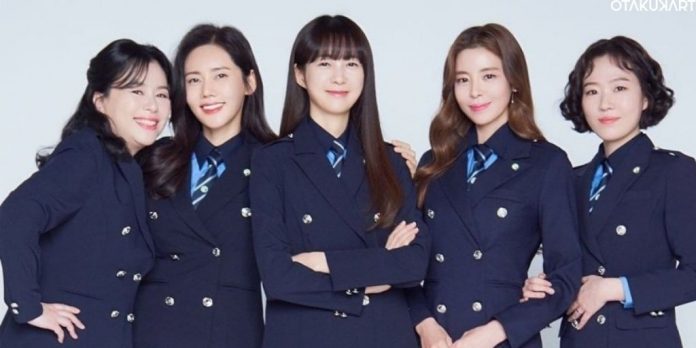 Avid watchers of K-dramas have wanted to watch Green Mothers’ Club. Green Mothers’ Club is an exceptional K-drama that explores the lives of five mothers who form friendships in uncommon circumstances. The story revolves around five mothers – Lee Eun Pyo, Byun Chun Hee, Seo Jin ha, and Kim Young Mi, Park Yun Joo who become friends while they ponder over the beastly yet amazing realm of a mother after meeting at the elementary community. Plus, each of these women has her own complex, and none can overcome their problems. Lee Eun Pyo is a highly educated woman who has studied French studies. Being the cool woman she is, she has majored in aesthetics. However, as soon as she moved into the neighborhood, she accidentally kept causing accidents wherever she went.

Next up is Byun Chun Hee, who comes out as one of the most popular among them. She is known for her beauty as well as her connections and information. Seo Jin Ha is quite an amusing character since she is the rival as well as the best friend of Eun Pyo. She has a really handsome foreign husband as well as a gifted son. Then comes Kim Young Mi, who wants her child to think of her as a friend. Moreover, Seo Jin Ha is not the only character that is connected to Eun Pyo. Park Yun Joo is the cousin of Eun Pyo, who really does not care about education but thoroughly enjoys gossiping.

It is quite interesting seeing these mothers come together through the common struggles of motherhood. If you want to know where to watch Green Mothers’ Club and know more about the cast, then keep reading!

Where To Watch Green Mothers’ Club?

The Korean viewers have been enjoying the show Green Mothers’ Club straight on their TV screens while it is being broadcasted by JTBC. JTBC airs new episodes of the K-drama every Wednesday and Thursday at 11: 30 PM KST. In addition to that, the international viewers can watch the show on Netflix or could pt to watch the K-series on TVING. If you do not want to calculate the airing time of the K-drama’s episodes in your area, do not worry; we have got your back! Green Mothers’ Club’s episodes air at 8:30 pm in Canada, 12:30 am in Australia, 1:30 pm in the United Kingdom, 7:00 pm in India, and 10:30 pm in the United States.

The show has been doing nice to Korea as it fights for the top position every with other Wednesday-Thursday K-dramas.

Green Mothers’ Club has many talented actresses in its cast. Lee Yo Won plays the role of Lee Eun Pyo in this K-drama, who has made an acting comeback after about three years. She is mainly known for her roles as Queen Seun Deok (Queen Seun Deok), Bong Dal Hee (Surgeon Bong Dal Hee), and Han Duh Mi (Fashion 70s). Furthermore, Cho Jae Hyun stars as Byun Chun Hee in this series. Cho Jae Hyun’s popularity comes from her roles in films such as Ji Young (Bloody Lie) and Sul Hwa (Portrait Of A Beauty). She has worked in Chinese dramas more than in K-dramas and even married a Chinese actor named Yu Xiaoguang.

Kim Gyu Ri plays the role of Shin Ha Jin in Green Mothers’ Club. She has also starred as Gwi In Kim (The King’s Face), Kook Yeo Jin (Cunning Single Lady), and Lee Song Yi (The God Of War). Next up is the actress Jang Hye Jin who you might have already seen somewhere else. She played the role of Seon Deok Im’s teacher Court Lady Seo in The Red Sleeve, Joo Gyung’s mother Hong Hyun Suk in True Beauty, and Seo Dan’s mother in Crash Landing On You. She might even end up as your favorite actress after watching this k-drama. Finally, we have the actress Joo Min Kyung who plays the role of park Yoon Joo. She is known for her work in Yoo Na’s Secret, My Love Eun Dong, Sketch, and Fix You.

Do not miss out on the excellent storyline as well as the acting skills of the cast members, and go ahead and watch Green Mothers’ Club!