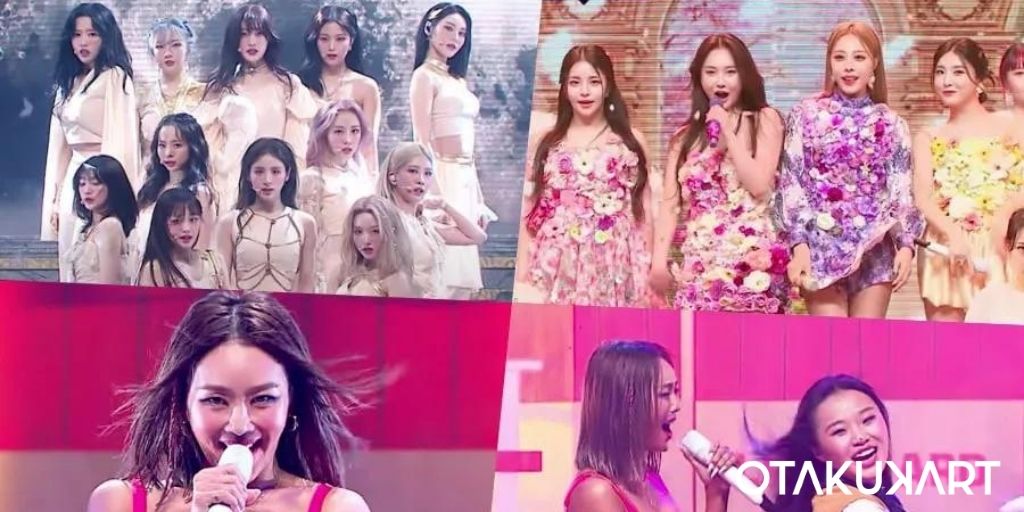 Recently fans enjoyed a dose of the Queendom Season 2 episode 9. Queendom by itself is as addicting as it gets! It is one of the most popular survival TV shows across Korea. The contestants on the show all battle through various rounds to become Number one. In the end, the group that claims this position is rewarded with a special comeback show dedicated exclusively to them! Sounds fairly simple, right? Furthermore, Queendom Season 2 episode 9 helped up the rankings to a new high this week!

The concept and show were first introduced in 2019 with Queendom Season 1. Girl group sensations Mamamoo emerged as the winners of the same. Similarly, the second season has 6 contestants, they are, Kep1er, Loona, Viviz, Brave Girls, WJSN, and Hyolyn. We want to recapitulate what happened in the latest episode.

The contestants are evaluated based on numerous factors that are determined through meticulously curated rounds. For instance, we have already seen the cover song battle and representative song battles. The season has progressed into its second phase with Season 2 episode 9 being the 3rd preliminary round. This round was the continuation of the FANtastic song battle. As the name suggests, this level requires the participants to truly win the hearts of the FANS by performing tracks that are chosen by them. This is how all of them have fared by the end of Season 2 Episode 9!

In the 6th position for Episode 9, we have VIVIZ. The group took their fans to the good old days by imbibing a sense of school spirit on the stage with their performance. They performed a remixed version of their own song, Bop Bop. Moreover, fans loved the little breakdance that VIVIZ incorporated into their stage show. However, despite the almost flawless performance, fans found the stage rather crowded and this duly reflected on their ranking!

Kep1er secured the fifth position by the end of Queendom Season 2 episode 9. The group added their own touch to the classic track The Boys and completely owned the stage! The entire set was oozing with energy and the visuals were just as mindblowing. In fact, Kep1er was one of the few groups that got to perform a song by another artist. Watch their performance on Queendom Season 2  right here!

Queen Hyolyn was crowned with the fourth rank in Queendom Season 2 episode 9. Her stage set was absolutely flawless and overflowing with passion. Moreover, fans loved how her face was exuding the enjoyment and happiness of being on stage. In short, she delivered raw and real emotions of her true love for music! Hyolyn performed See Sea which she spiced up by adding a small break routine in the middle! 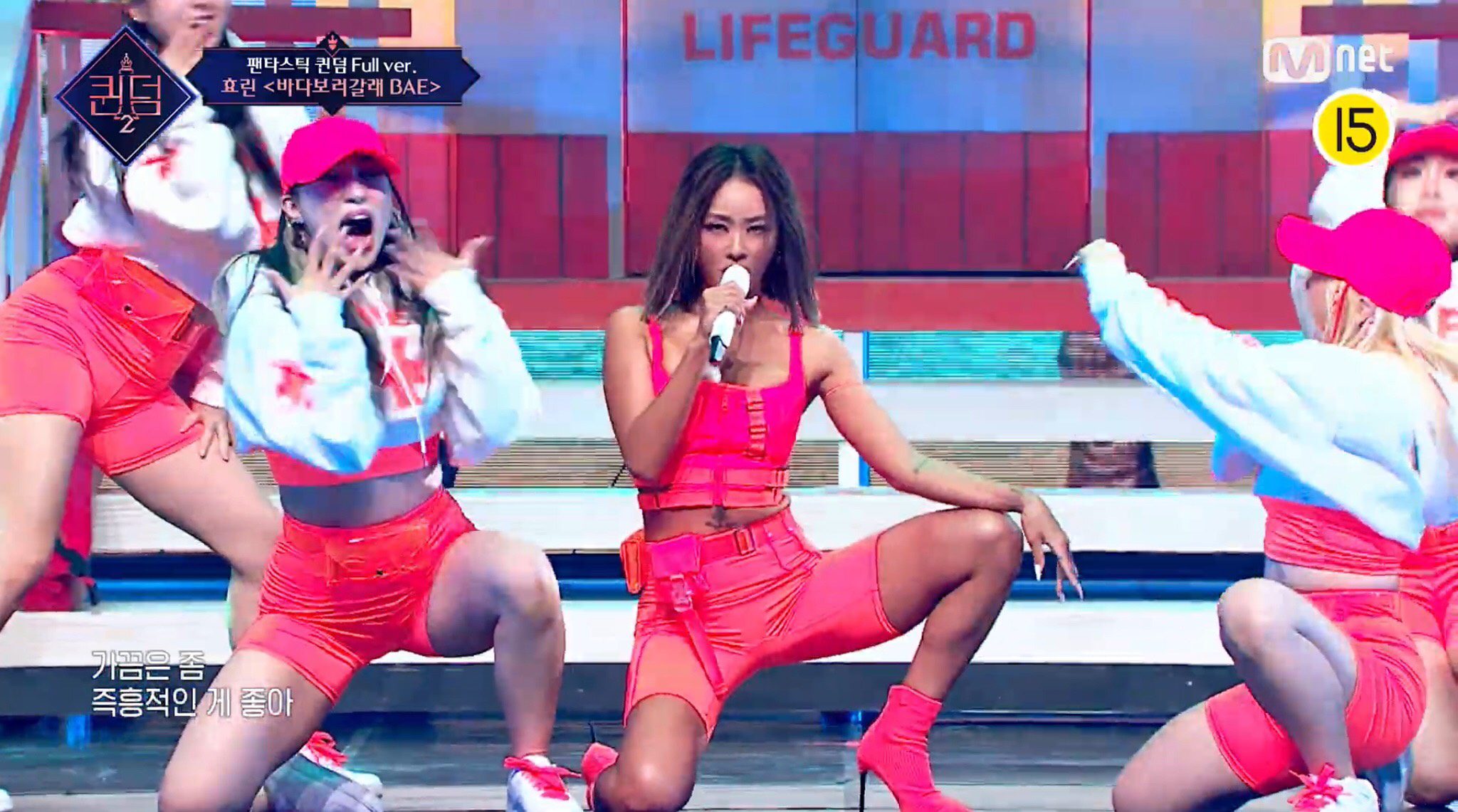 Loona crept into the top three rather easily in Queendom Season 2 episode 9! They performed the popular track Butterfly, which is easily a Fans favorite! Moreover, Loona adopted a rather simple and elegant theme for their performance. In short, the set looked exactly like the steps leading to heaven! The simplicity and aesthetic worked like a charm and captivated voters, thus, enabling a spot in the top 3. 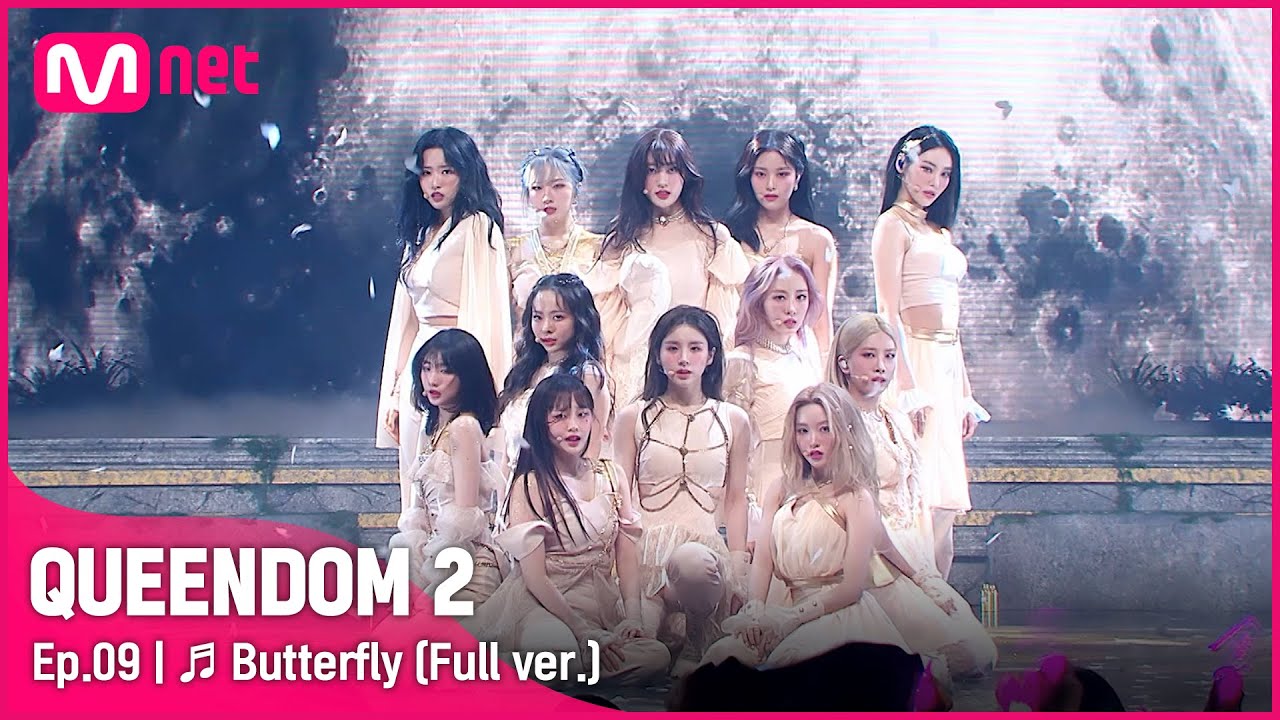 WJSN absolutely rocked the stage and claimed their position of number two in Queendom Season 2 episode 9. Their fellow contestants better keep their guards up as WJSN is in for the win! They took over the stage, the fans, and the entirety of the show in an instant with the performance of their B-side track Pantomine. The entire set is unforgettable and truly fits in line with the vision of the show. From attractive backdrops to a jazzy vibe, the set had it all! We completely support the viewer’s choice of crediting them with rank 2 in Season 2 episode 9!

Finally, as the number one girl group, we have Brave Girls. The group went above and beyond just performing to narrate a story to their fans. They expressed their journey and the path they walked through their performance of Red Sun. The emotions they introduced on stage truly tapped the sentiments of the voters. The same is reflected in the rankings and we cannot wait to see who holds their position and who surprises us next! 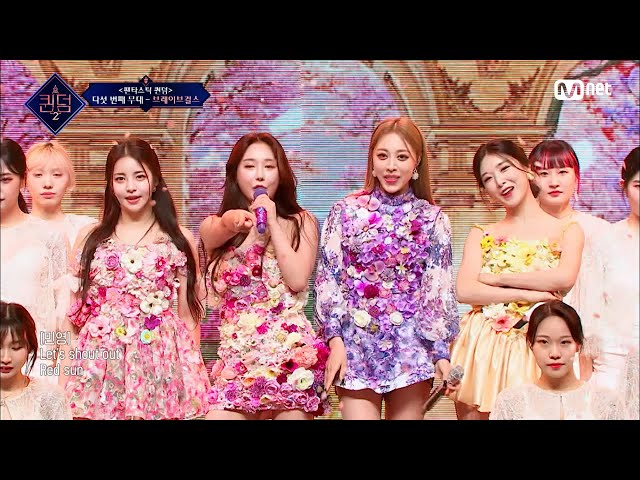