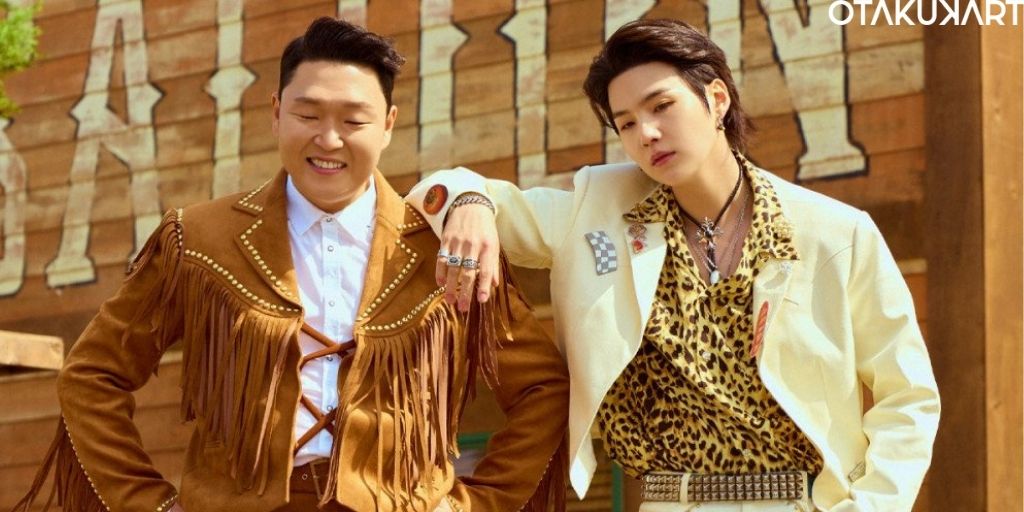 PSY and BTS’s Suga have been taking over the world with their fun and energetic collaboration song ‘That That’!  PSY has been on the K-pop scene for quite a while now and has broken countless records. PSY has brought international attention to the  K-pop industry with his song Gangnam Style. He became the first Korean act to rank first on Youtube’s most viewed videos monthly chart, ranking above Justin Bieber’s As Long As You Love Me and Katy Perry’s Wide Awake. PSY still holds the record of the most viewed K-pop songs even in Youtube history with Gangnam style. It’s amazing how it also was the first video to be given so many likes on Youtube history.

Moving on, let us talk about the lyrical genius of BTS Suga. Suga is the lead rapper and second eldest of the world-renowned boy group BTS. Suga has been going viral again and again for his fiery rap skills, as well as for his awesome songwriting and composing skills. With each of the songs he has worked on, debuting at great heights on Billboard, you can say Suga is the secret (but not so secret) ingredient for success. Seeing two legends like PSY and BTS’s Suga coming together has been many people’s dream. Recently, PSY had praised BTS’s Suga for his skills and professionalism. He even talked about the groups like BTS and Blackpink.

PSY Praises Suga For His Professionalism And Hard Work

PSY could not stop praising BTS’s Suga in his press conference for his new album in five years. He said that Suga really put all his heart and soul into bringing ‘That That’ to life. Even the harsh and cold and unbearably windy weather of Incheon back in March could not dampen Suga’s passionate soul. PSY said that BTS’s lead rapped strived to bring out the best of the best scene for the MV of ‘That That’. The K-pop legend went on to say that he himself went down memory lane after he worked with Suga for their collaboration. Seeing how hardworking Suga was reminded of his old self. This made PSY also want to work really hard. Lesson of the day: PSY and Min Yoongi are a deathly combination! Not only did Min Yoongi brighten up PSY’s spirits, but he also inspired the music of PSY’s album. PSY said that since he was not a professional composer, he does not have a regular source of inspiration and usually finds it hard to write songs if he does not get the right idea. He revealed in his press conference that his friendship with Suga was the key point of the production of the album. He said that after he had finished working with Suga, the other tracks came out really naturally. We are really here for PSY and Suga’s incredible friendship!

PSY Talks About The Hilarious Way Suga Featured In The MV

PSY revealed that the boy band member was to just produce his songs, but he found a way through which Suga ended up featuring in the music video as well. He asked Suga if they could meet up. A few messages back and forth, Suga hilariously found himself learning the dance moves of That That. Suga said that he usually did not get close to anyone he collaborated with. This was because he usually never met up with the artist that he was collabing with. But that turned out to be different for PSY. The BTS member thought that he would slip away by just writing the song, but through PSY’s mischievous plan, Suga funnily found himself getting more involved with the song step by step. 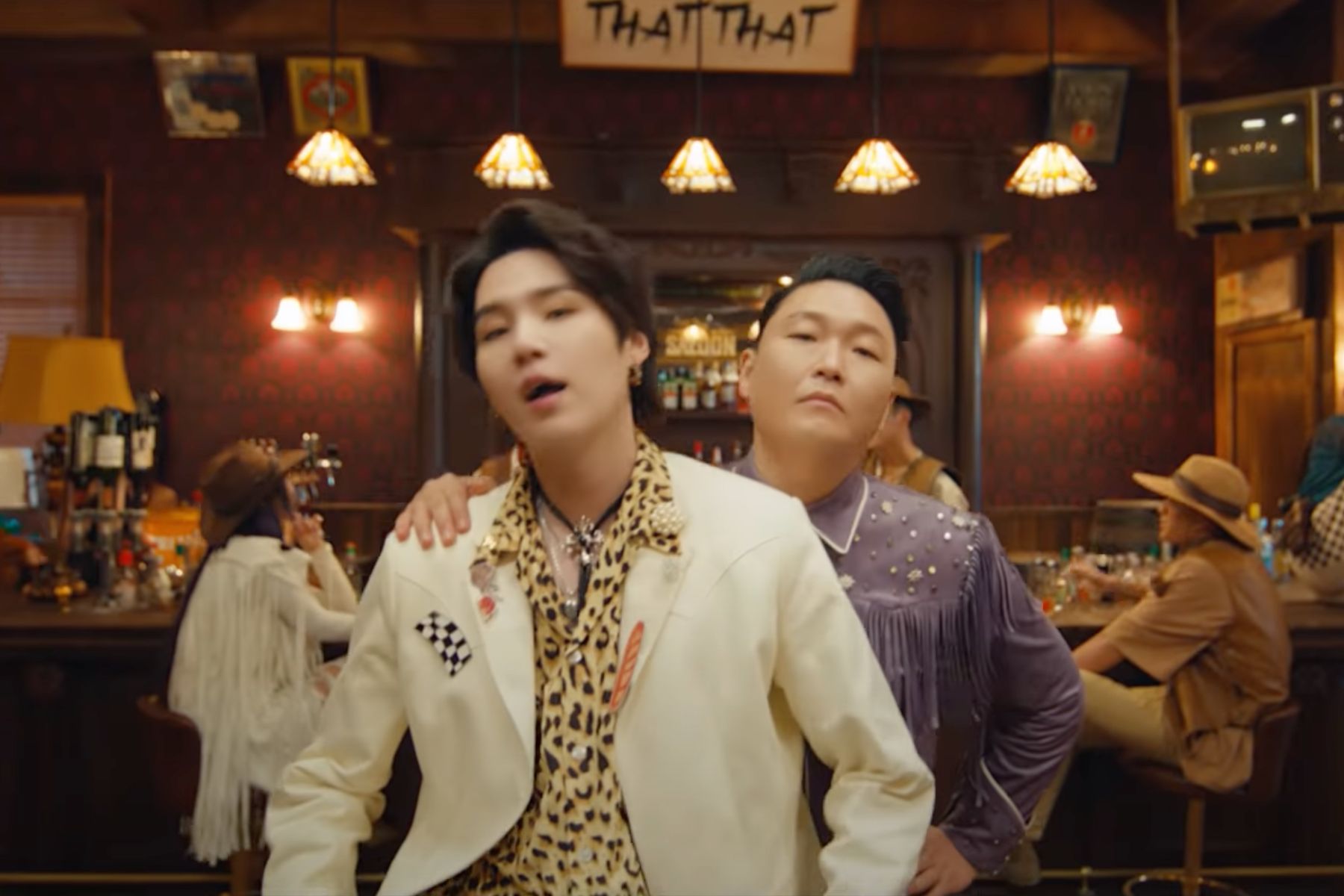 PSY has a nag for collabing with younger artists such as HyunA for Gangnam Style, Son Naeun for New Face, etc. He even has many more amazing artists featured throughout his album other than BTS’s Suga. In his newest album, PSY has also worked with Mamamoo’s Hwasa, Suzy, Jessie, and Crush. PSY says that collabing with younger artists makes him learn about new styles of music rather than just going old school. PSY’s new album is surely really exciting!