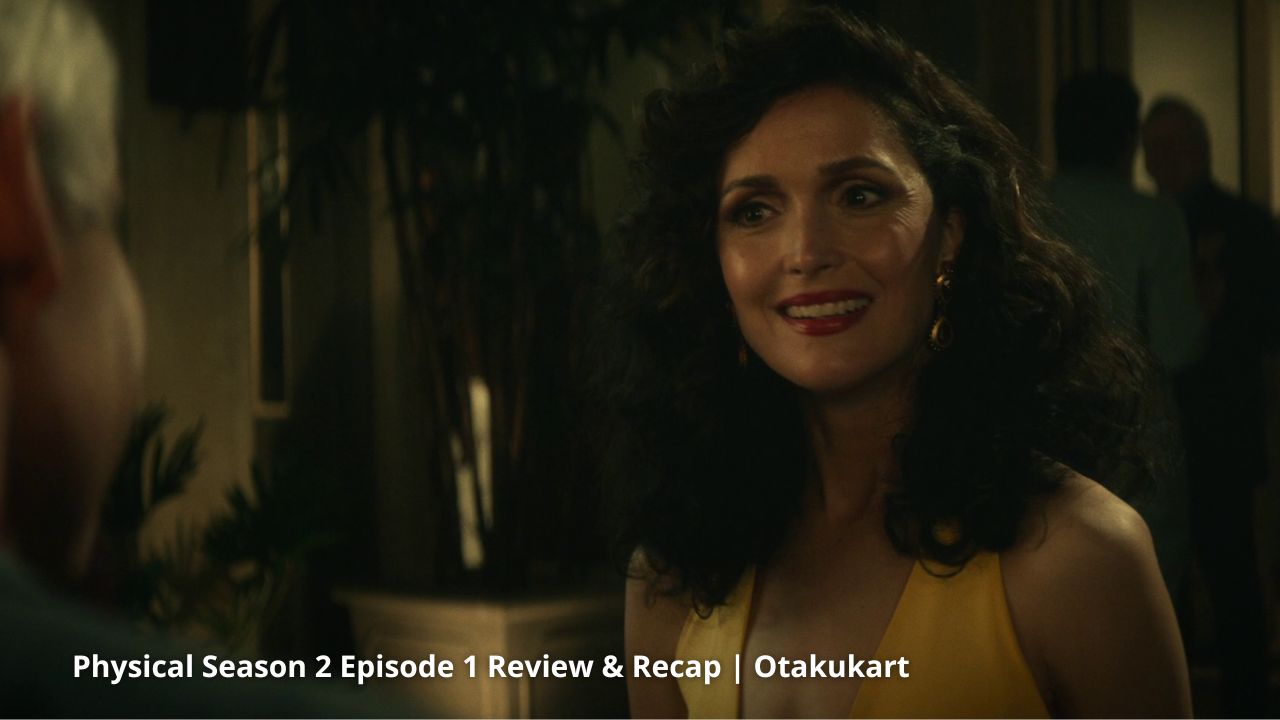 Physical Season 2 Episode 1 introduces us to a completely new Sheila who is pretty determined for the success of her aerobic videotapes. The second season premiere sees her not only taking her videos to new heights but also becoming a strong independent woman in her own right. In turn, leaving the household duties in the hands of Danny for time being.

Taking a look at the same, here we are breaking down all the events of the premiere of Physical Season 2. Right from Sheila joining Auggie’s son on the very first day of her videotapes sale to a competition coming at her in the form of Bunny, Sheila’s mentor who is shooting a rival tape of her own. So let’s begin.

Physical Season 2 Episode 1 opens up with Sheila in a yellow dress preparing in front of a mirror to meet some of the big names in the industry and leave an impact during a party. She leaves the washroom with every other person out there staring at her. 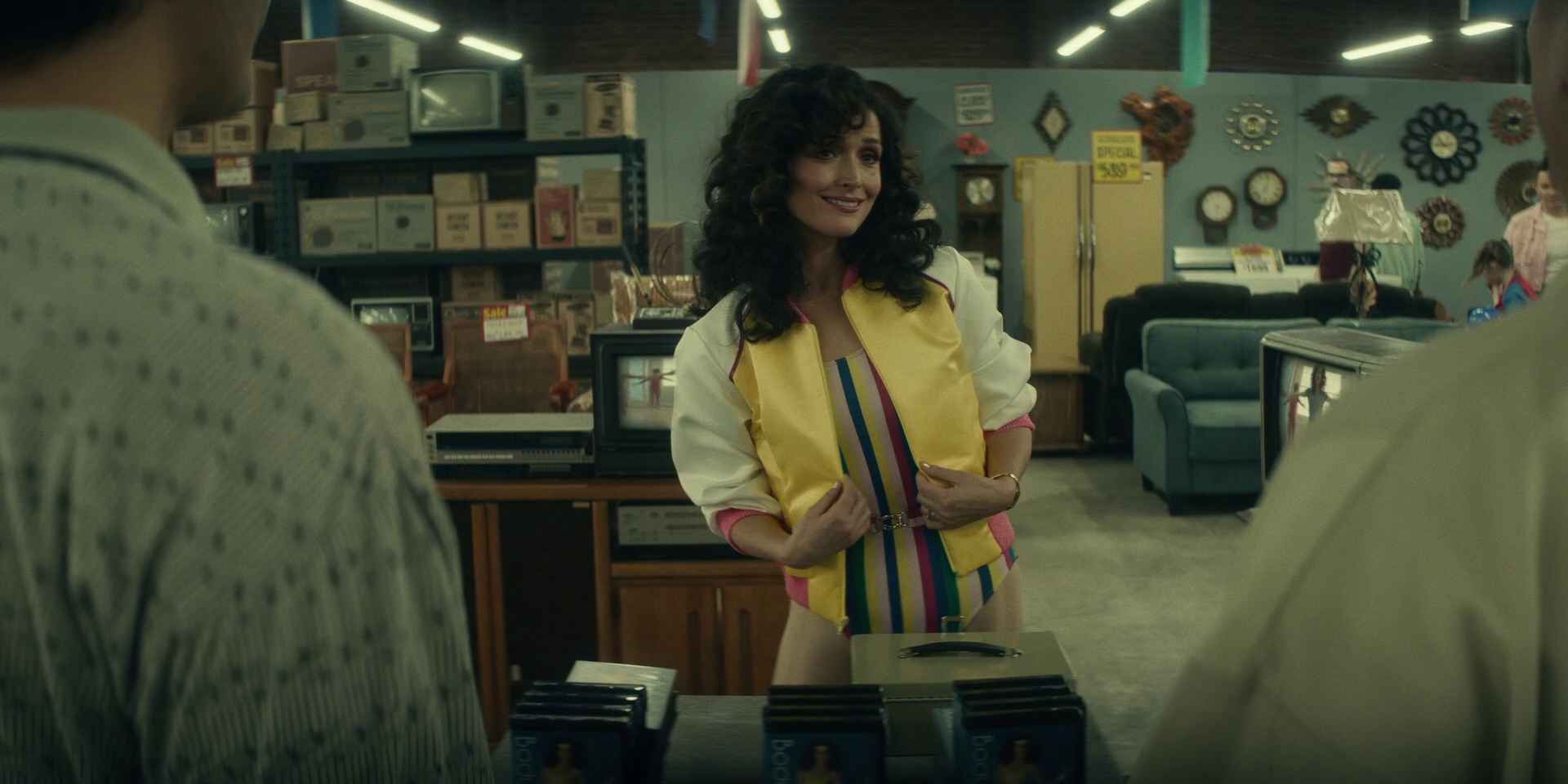 Sheila takes her time to talk to businessman Auggie Cartwright while from distance away her husband asks when are they leaving. On their way out in a limo, Danny continues to rant about the party. In a matter of time, Sheila grows sick of his talks and loudly states that she hates him. Post that fight, Sheila ends up sleeping over at Greta’s house.

Also Read: Under The Banner Of Heaven Season 1 Episode 7 Review & Recap: The Manhunt Comes To An End

The next day Danny greets Sheila in the kitchen and promises to be there for the family. He promises to change and equally bring food onto their table. It’s time she becomes the bread-earner of the family while he takes care of the household. Sheila accepts the apology and moves on. 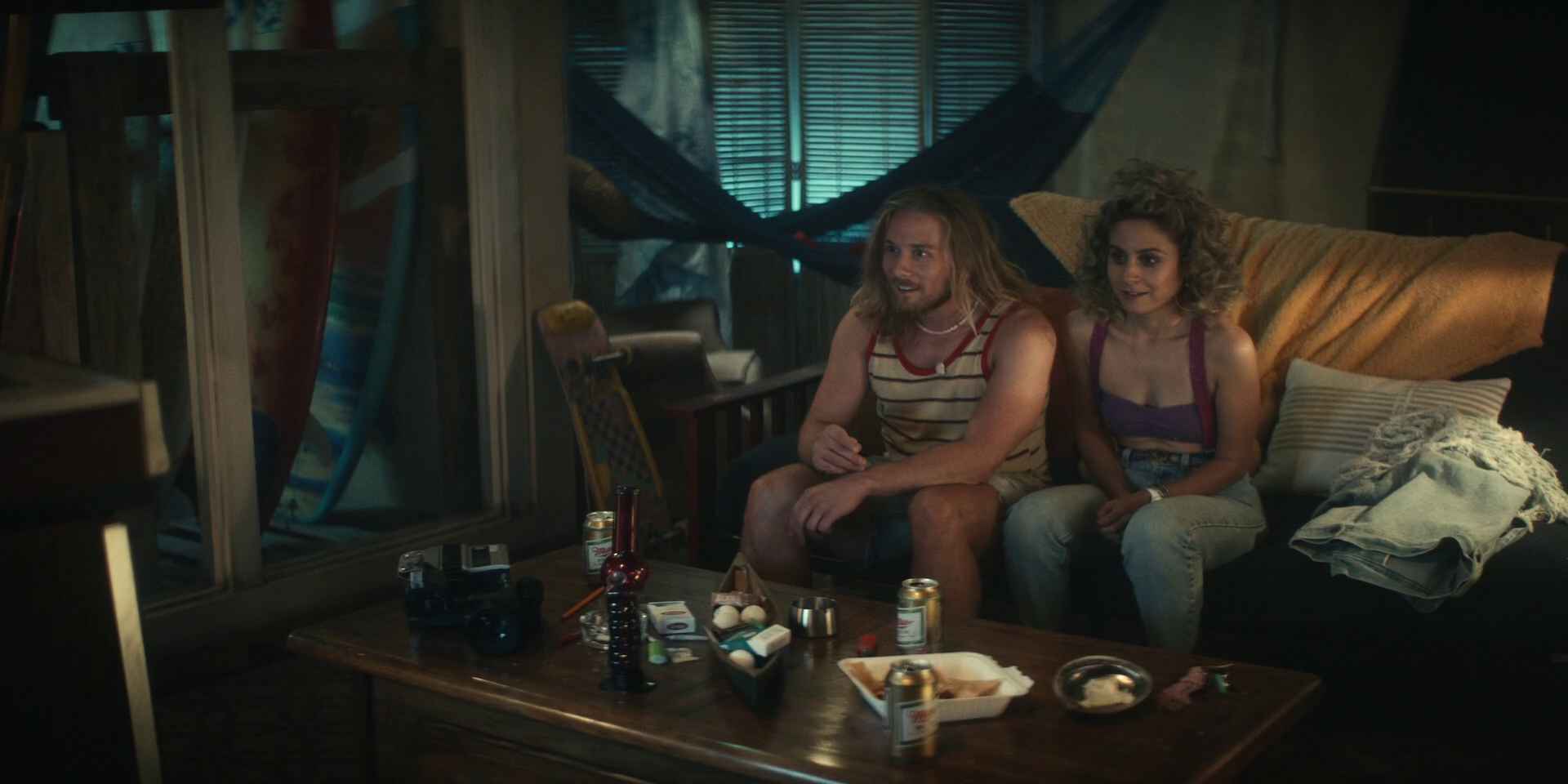 Sheila gets back to work as she will be selling her videotapes at a store. Tagging along with her is Auggie’s son who is no less boring than his father. He will be keeping a track of the number of tapes they can sell. The store lacks an audience and Sheila had a hard time selling her tapes. The best she can expect is for people to come, take a glance at the tape, question, and leave. Somehow if not many, Sheila manages to sell some tapes.

Amidst all of this, we saw Danny working on being the man of the house. He take care of kids, brought them to school, and even joined a committee at school. While Sheila was riding high on her success, Sheila’s former mentor Bunny was struggling to compete with her by shooting her own video. The very first video of hers was taped over by her roommates.

Physical Season 2 Episode 1 establishes the position of each and every character of the show. Especially the main character of Sheila who is unlike anything we saw at the beginning of the first season. Not only she is a celebrity now but also a strong woman who stands up for herself. We clearly saw that when she was open and honest to her husband who continued to rant about the party in the opening minutes of the show.

Despite being successful, it was not all roses and flowers for Sheila with her videotapes. The very first episode saw her struggling when it comes to selling the tapes. She knew the way her stores were set up, probably they were not in the right place. We may see her making certain changes to the way she will be selling her tapes in the next episode. 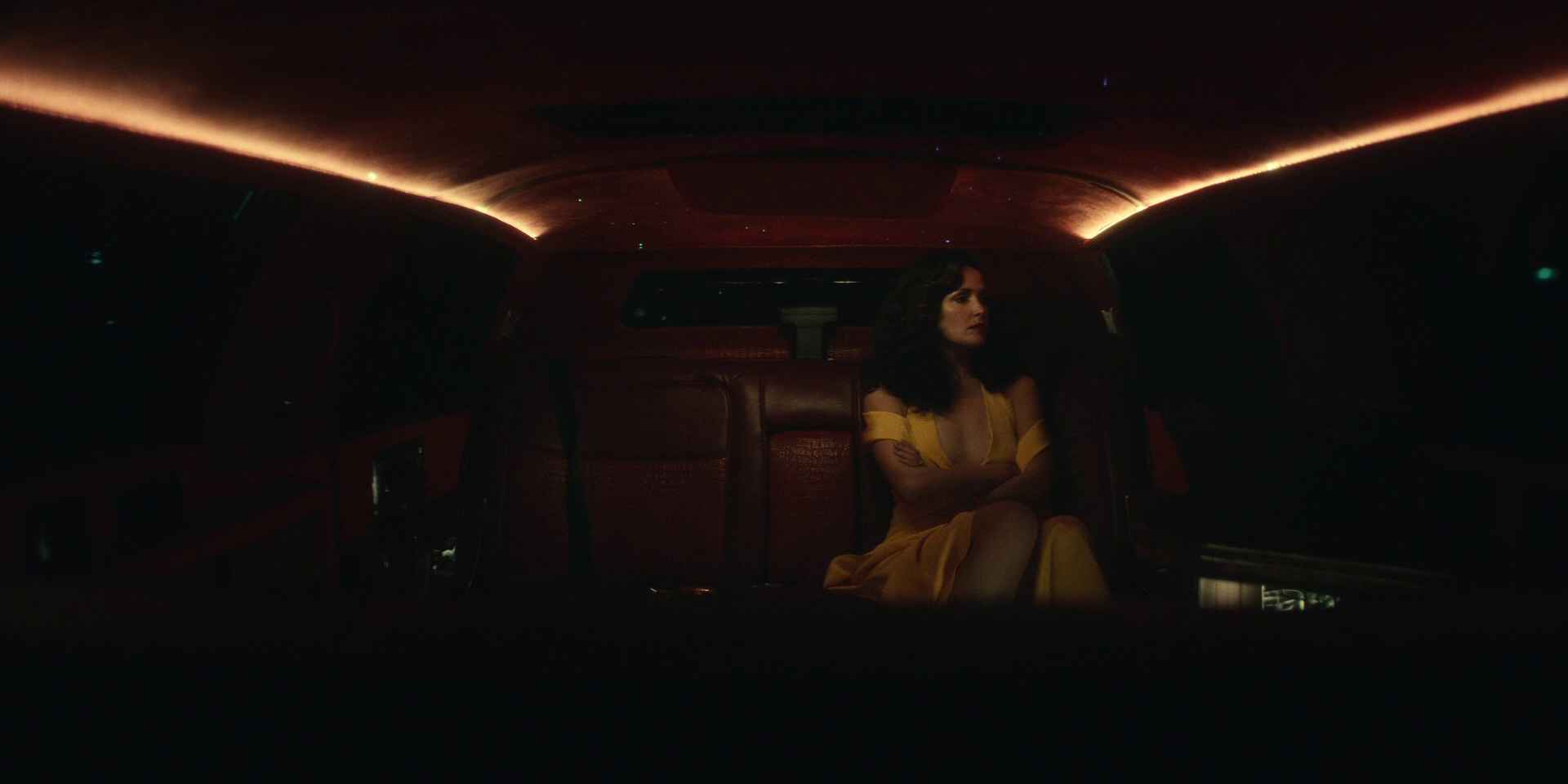 Making the right amount of sales is not the only thing Sheila might have to worry about. We also have Bunny who is envious of Sheila’s success after the events that went down in the first season. She certainly wants to bring her down with a rival tape of hers.

So far, she hasn’t managed to come close to Sheila but is quite adamant. Bunny grabbing one of Sheila’s videotapes may state that she has something in mind. Probably she might find loopholes or figure out what makes Sheila’s videos special which she can use for her own. Lastly, we see an evolved Danny but still, somewhere he is self-focused and no wonder Sheila came blasting at him. Although she forgave him, we wonder how long this relationship will stay afloat.