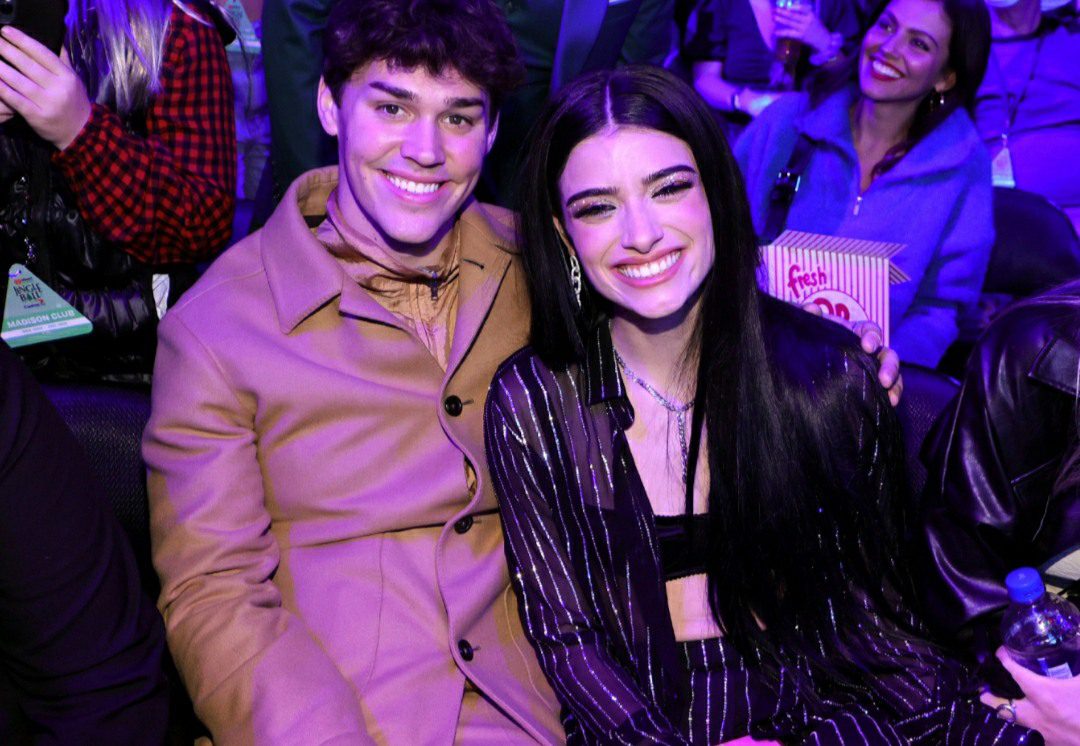 Today, we will discuss Noah Beck and Dixie D’Amelio’s Relationship Timeline. The love birds have been packing on the PDA quite seriously and fans are pretty much obsessed. Starting from the basics, Noah Timothy Beck is a Tiktok star who has once played for the Portland Pilots men’s soccer team, as a midfielder. As a creator, most of his videos are based on dancing, lip-syncing, skits for movies, and many shows. He also runs a Youtube channel having over 1.59 million subscribers to date.

On the other hand, his lovely girlfriend, Dixie D’Amelio is also from the same profession, having more than 7.23 million subscribers on Youtube. Moreover, Dixie is also a professional singer. Some of the hit creations include- Be Happy, Roommates, Psycho, The Real Thing, I’ve Learned To Lean, Sweet Stuff, etc.

Coming back to their relationship, Noah and Dixie have been dating for quite some time, more precisely since September 2020. They have made several appearances together and aren’t afraid to showcase how badly they are in love with each other. However, this year they have decided to keep their romance a bit offline.

Meanwhile, they traveled to Nassau, the Bahamas during the Covid 19 pandemic. For this, they have been criticized by some of their fans. On this note, Noah stated that he needed a break. Well, as of now Noah and Dixie are doing well as a couple. For more details about Noah Beck and Dixie D’Amelio’s Relationship Timeline, I would highly recommend you to read this article to the very end.

As the days are passing by, Noah Beck and Dixie D’Amelio’s relationship is getting strong!

In July, Dixie D’Amelio broke up with her then-boyfriend, Griffin Johnson. Several cheating allegations were put against him. Since her breakup, she started spending more time with Noah Beck as they were pretty good friends. Moreover, they started to appear in each other’s Tiktok videos.

The following month, the duo got up quite close while shooting for her music video titled ‘Be Happy’ remix. On that note, Noah confirmed to the paparazzi that the kiss in the video didn’t mean anything. Also, they attended Bryant Eslava’s birthday and clicked cute funny snaps together. On 27 September, Noah made a guest appearance on an episode of Dixie’s Youtube talk show where he started being flirty to her. But, the singer denied and confirmed their friendship.

Finally, Noah confirmed their ongoing romance in October and had the most adorable smile on his face. Initially, he wanted to keep their romance private, especially because of Griffin. He didn’t want to rush anything. At the same time, Dixie also admitted how badly she is in love with him. Fans had showered these love birds with immense blessings and support.

Noah didn’t fail to surprise his girlfriend on her 20th birthday. Indeed that he made her feel more special on her day. A few months later,  Noah opened up about Dixie’s relationship with her ex-boyfriend, Griffin. He shared that the former couple didn’t appear like they wanted to be around each other and it didn’t feel real at any cost.

When asked about his love for her, Noah shared that the most important reason why he loves her is Dixie being his best friend. He added saying that he can be himself while she is with him. On the other hand, Dixie confirmed that she feels fortunate enough to have such a caring person like Noah as her partner. He always makes sure that everyone is comfortable. It seems like both Noah and Dixie are looking forward to making their relationship stronger and eternal.

Even if Noah and Dixie have kept sharing pictures of their anniversaries, birthdays, and travel tours on their social media to the end of 2021, they have now decided to keep it low-key. On 14 February, the couple attended the Coach show at New York Fashion Week. There, they explained the reason why they are seeking more privacy. He said, ‘It’s been kind of like a weight off the shoulder in a way. Instead of showcasing extras and doing things for the fans, Noah and Dixie now want to enjoy their time together.

In March, Dixie D’Amelio has finally taken her music career to the next level by embarking on a national tour with Big Time Rush. You must be well aware of the popularity of this boyband. But, that doesn’t make their romantic relationship turn down. Dixie has always been able to balance both her love life and professional work. Also, Noah is there to cheer her up, hinting to the fans about how stronger their relationship is becoming with time.

Best Wishes to Noah Beck and Dixie D’Amelio for the upcoming days of their life!

Also Read: Why Did Dixie and Noah Break up? The Truth Behind The Relationship