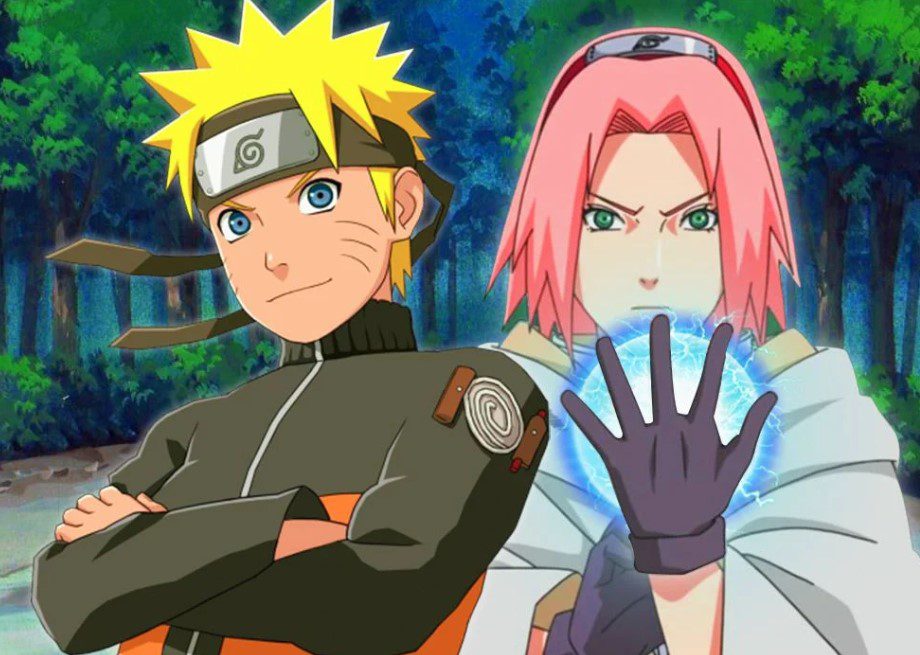 Naruto has many Jutsus and fighting techniques that we might have forgotten, and the following list will detail the most useful Jutsus in Naruto. Not all Jutsus are useful, but most of them are important during a fierce battle. Some Jutsus are used to create destruction or trap the enemies. This has been successful in many battles of Naruto since we have seen enemies falling inside the traps, and they believe that they won the battle but know later that it was a trap. The most useful Jutsus in Naruto are like a trump or ace card released when finishing a battle or in case of emergency.

Jutsu is a technique or spell used during a battle in anime like Naruto. This can work as an electric defense shield to protect others during battle. Jutsu is something that a Shinobi or a Ninja mostly uses, and they might be a villain or a hero. But every Jutsu has a weakness, and when perfected, it can defeat an enemy. To master most of Jutsu, one needs to go through tough training, and it needs a sharp mind. Every Ninja or a Shinobi has its Jitsu as its signature move.

We have witnessed various Jutsu throughout the series on Naruto, and it was amazing. Most of us are familiar with the Jutsu that Naruto and Sasuke used during the battle. We all know that when a warrior releases their Jutsu, it might end the battle. It is interesting to know or learn about different Jutsu and their users. Some Jutsu is passed from one generation to another. This technique has made Naruto interesting for years. Let’s look at the most useful Jutsus in Naruto below.

Most Useful Jutsu in Naruto:

We are familiar with this one since Kakashi passed it to Sasuke. Chidori is one of Sasuke’s signature moves that looks like a ball of lightning. Sasuke learned to release Chidori during training before he entered Chunin Exam. Chidori is a lightning jutsu, and a user uses their hands and coats them with lighting Chakra and sends it to the opponent. 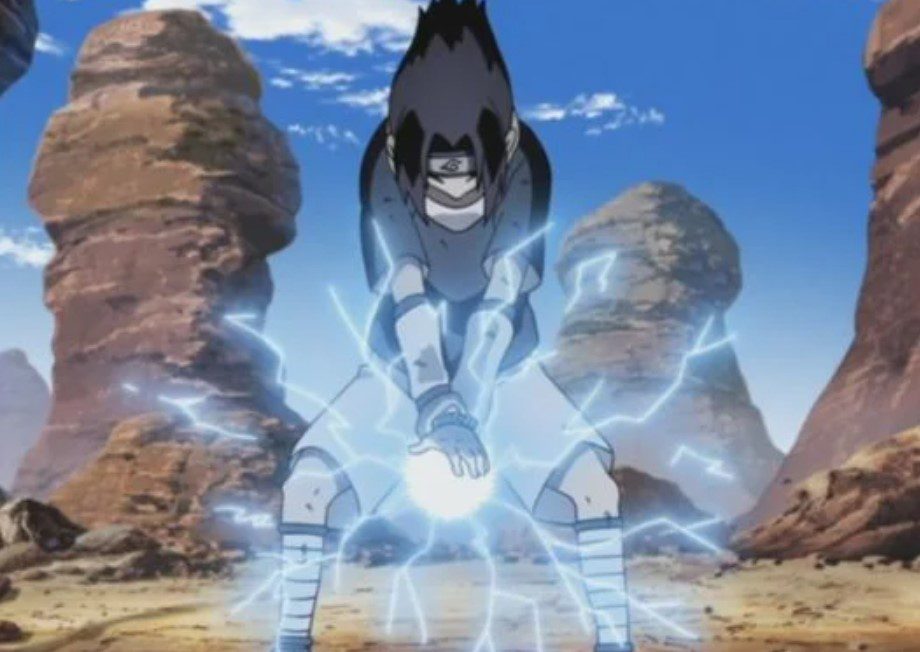 This is a powerful Jutsu with incredible cutting capabilities but lacks range. The user has to be closer to the target and make a massive impact. But Sasuke managed to use Chidori by shaping the Chakra in different ways, and he made it look better than the way Kakashi did. He manages to create Chidori Senbon and Chidori Sharp Spear using his Chakra. Chidori is one of the Jutsu than can reach the level of Rasengan.

This is one of the dangerous Jutsu feared by many. Tsukiyomi is Itachi’s signature move and one of his Mangekyo Sharingan abilities. This technique also affects the wielder’s perception of time. A powerful healer like Tsunade can heal the damage of this Jutsu, and we have seen this in many scenes of the Naruto series. 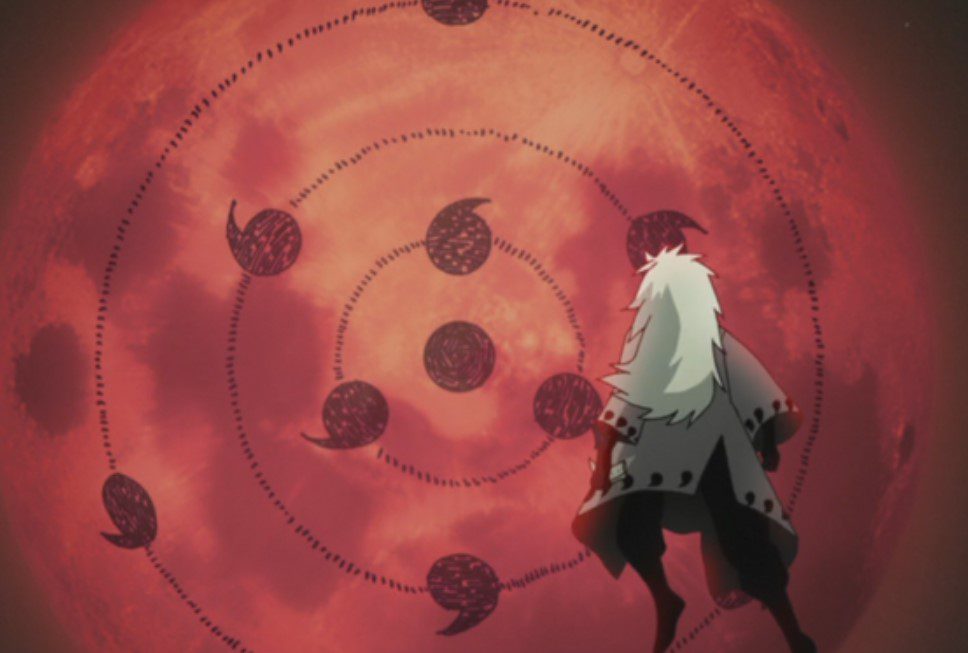 Also Read: Hottest Naruto Girls That You Could Die For

This is another special Jutsu mostly performed by Sasuke. This Jutsu can kill the villain or an opponent after engulfing flames. This Jutsu is one of the coolest in Naruto, and it takes the form of dark flames. When Sasuke releases Amaterasu, he casts it around his area, and it burns everything near him. Amaterasu’s flames are unextinguishable since they are hot as the sun, and they flame for seven days and nights. 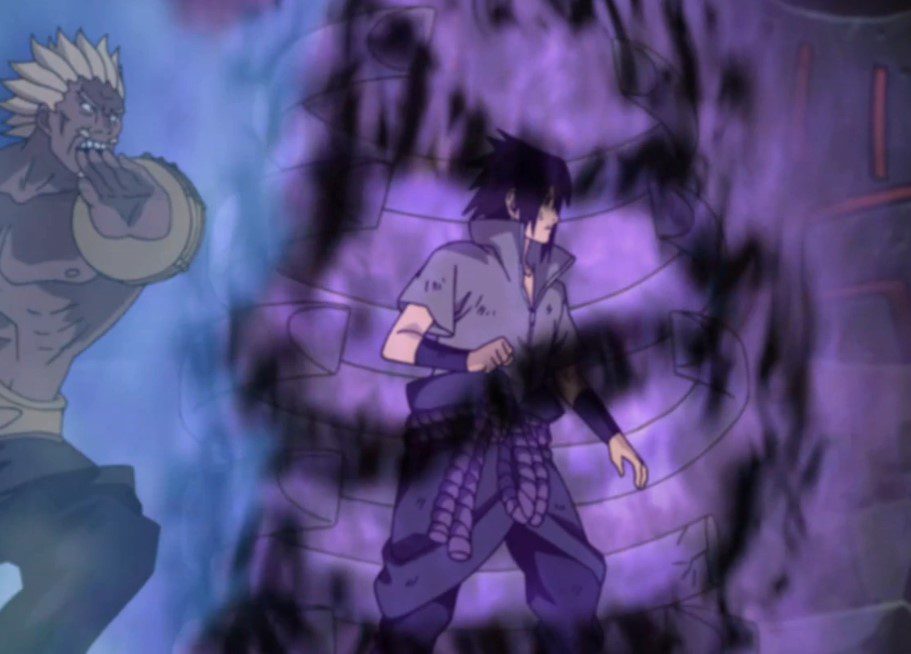 Itachi used this Jutsu before Sasuke obtained it and perfected it when he received Itachi’s eye. Sasuke can create a creature using Amaterasu and always uses ii with Susanoo, protecting him like a shield. Sasuke’s Susano wiled fighting weapons in that form, and he could control them.

Kamui is one of the Jutsu used by a member of an Akatsu organization, and this was dangerous during the battle with the Leaf Village. Kamui is like an overpowered Mangekyo Sharingan since the side effects are related. But Obito uses Hashirama’s cells to overcome the side effects of Kamui. Kakashi also managed during the Fourth Great Ninja War. 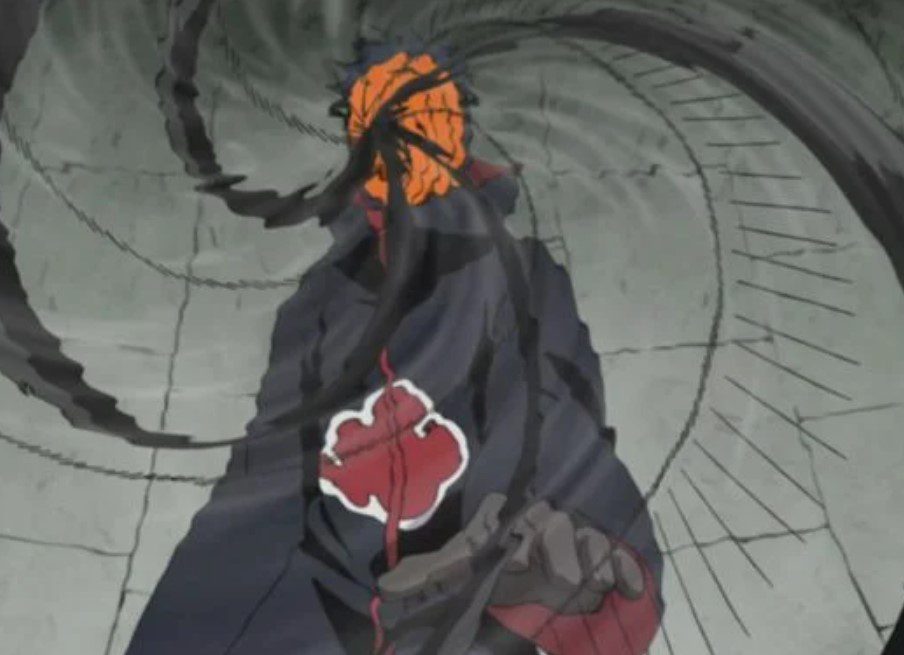 Many Ninjas or Shinobi can use Summoning Jutsu, and we have seen them summoning things like weapons or animals to help them fight. This is one of the most useful Jutsu that we have seen Jirays teaching Naruto, and they have also used it in various battles. The Summoning Jutsu was introduced early in Naruto, and Jiraya and Naruto managed to summon things like giant toads. In contrast, others can summon giant snakes, giant slugs, a monkey king, a mongoose with a sickle, etc. 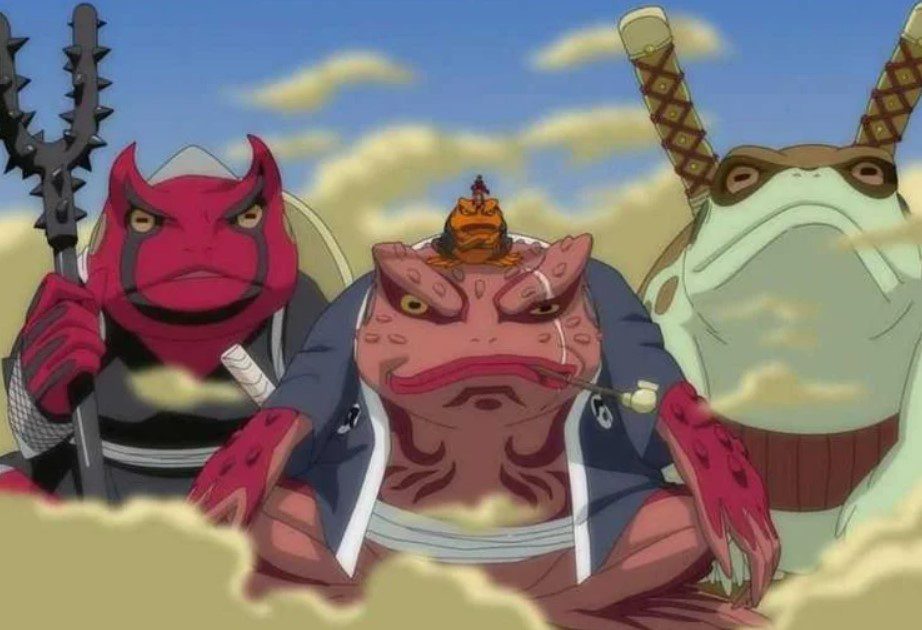 The user places this hand on the ground when they summon something, and it appears after the technique is finished. Ten-Tails is one of the most powerful summonses. We have seen Naruto summoning Toads during his battle with Pain and the Akatsuki Organization. This is one of the amazing summoning Jutsus.

Rasenshuriken is one of Naruto’s signature moves, and he has used this Jutsu on different occasions throughout the series. He infuses this technique with a Tail Beast chakra, like combining a Rasengan and shuriken. This Jutsu looks like a sharp blade dist with lighting. Naruto forms this Jitsu by combining Kurama clones into his own and creates an Ultra Big Ball Rasenshuriken and a Tailed Beast Rasenshuriken while infusing them. 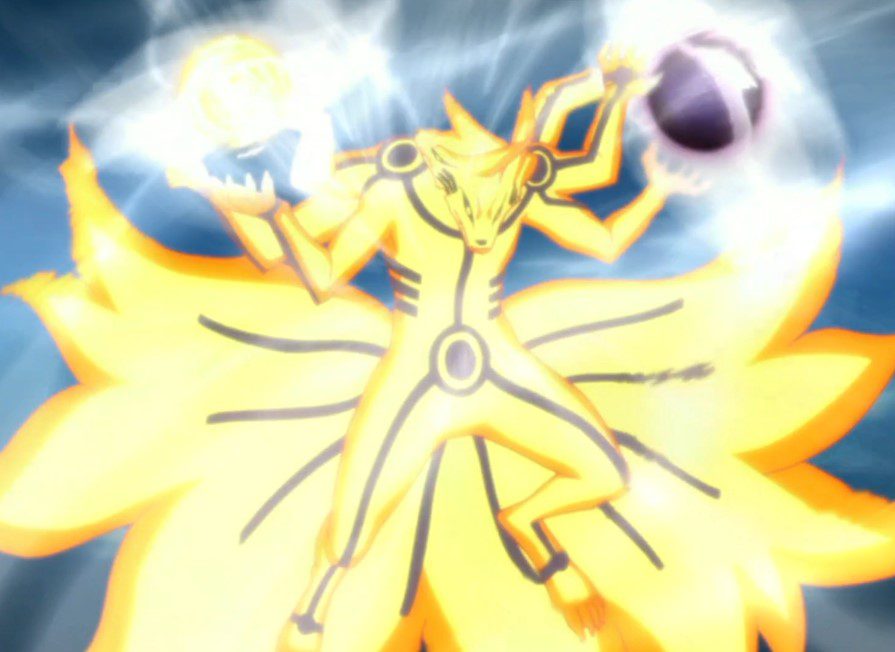 The Rasengan Charka infused and formed a white ball in the palm of the user’s hand. This Jutsu has many versions, like Giant Rasengan, and it is one of Naruto Uzumaki’s signature moves that he learned from Jiraya, and Kakashi helped Naruto master it. This Jutsu is like a killer move since we have seen it when Naruto uses it to finish off his enemies. 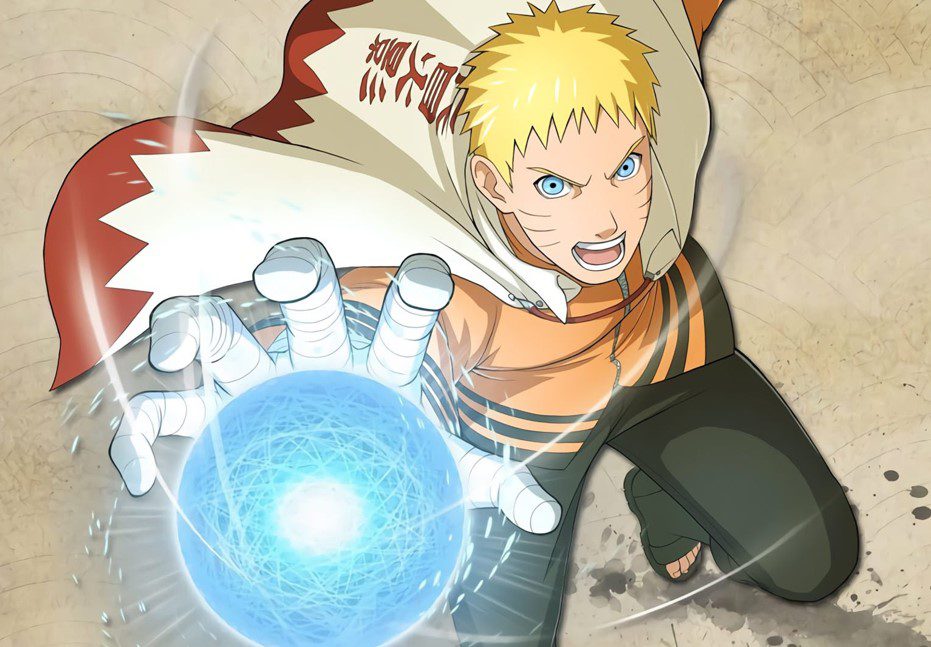 However, this fearsome Jutsu was created by Minato Namikaze, basing it on the Tailed Beast Ball. It took Minato three years to perfect Rasengan, and Naruto knew that he had to master it three years since the earth was on the brink of destruction.

It is one of the Jutsu that made Sasuke get compared to the Sage of the Six Paths. We have seen this Jutsu during the battle between Naruto and Sasuke. This Jitsu is unleashed when a Susano’s Arrow is coated with lightning created from the Chakra; he absorbed from the beast and created Indra’s Arrow. This Jutsu is powerful to counter any Jutsu. We have also seen Sasuke using this Jutsu in manny battles that saved his friend. 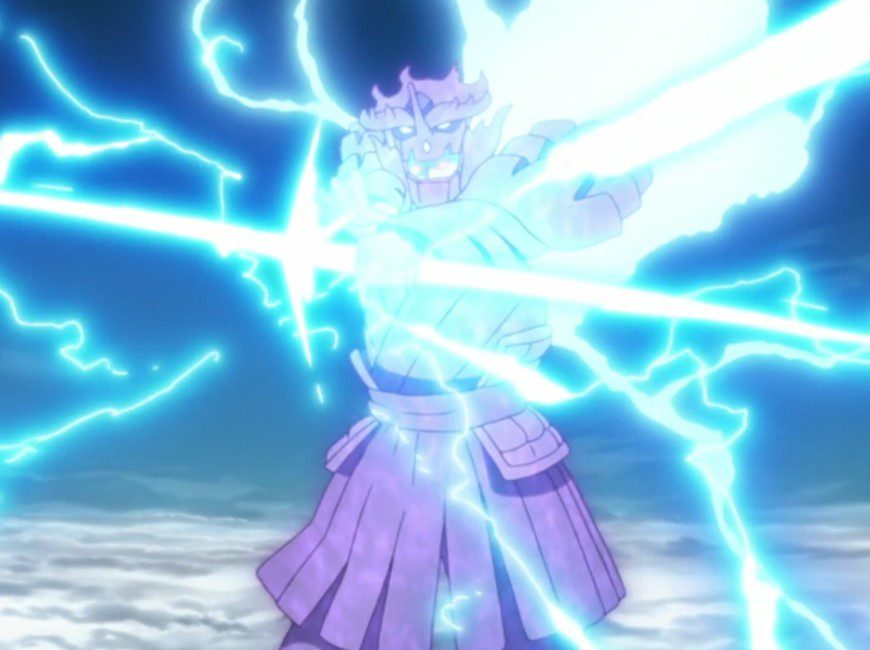 Cherry Blossom Impact is Sakura’s Jutsu that she puts all of her Chakra in a single fist to break the ground. When this Jutsu hits the target, it leaves anyone unconscious, and it has been useful in many battles of Naruto. This was one of Tsunade’s Jutsu that she passed down to Sakura. The damage depends on the amount the Chakra that the user has. 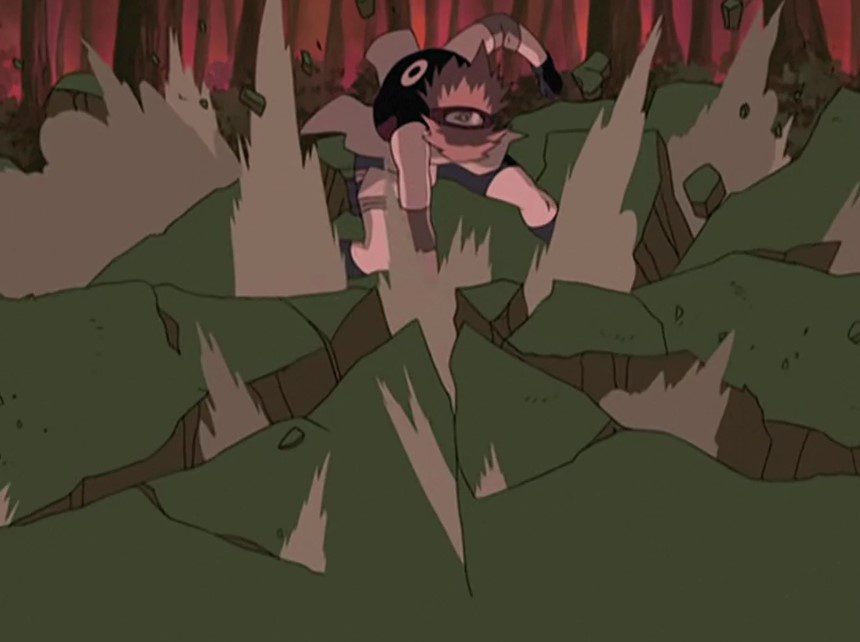 Sakura punches the ground to release this Jutsu, and a huge crater is made. The Chakra can be seen flowing on Sakura’s hand when using Cherry Blossom Impact. Tsunade has also used another technique that matches this Jutsu.

This is Rock Lee’s signature move, and he has unlocked it after passing a few stages and when he was pushed to his limits during the battle with Gaara. Rock Lee believed that opening this Jutsu would make him invisible, but this Jutsu had bad consequences for the user despite being the most useful Jutsu. 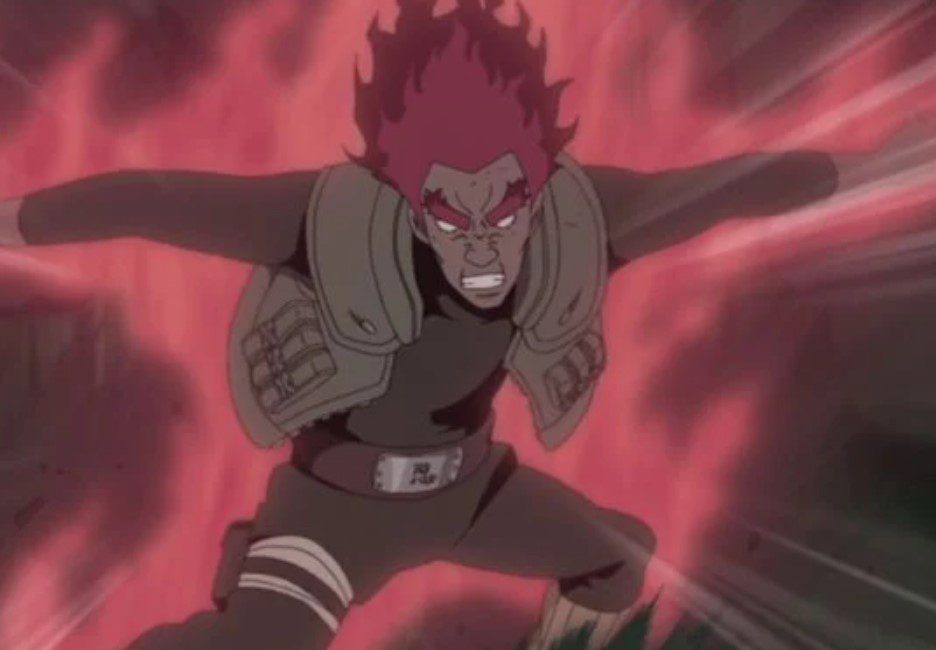 We also see Guy using this Jutsu during the battle with Madara. This Jutsu uses muscles to be activated. It is suitable for people like Guy who use stamina and strength during the battle Guy has defeated many enemies using this Jutsu. There are more useful Jutsu in Naruto, but we can’t cover all of them, and we have managed to cover those Jutsu that reminds us of amazing and entertaining battles in Naruto.