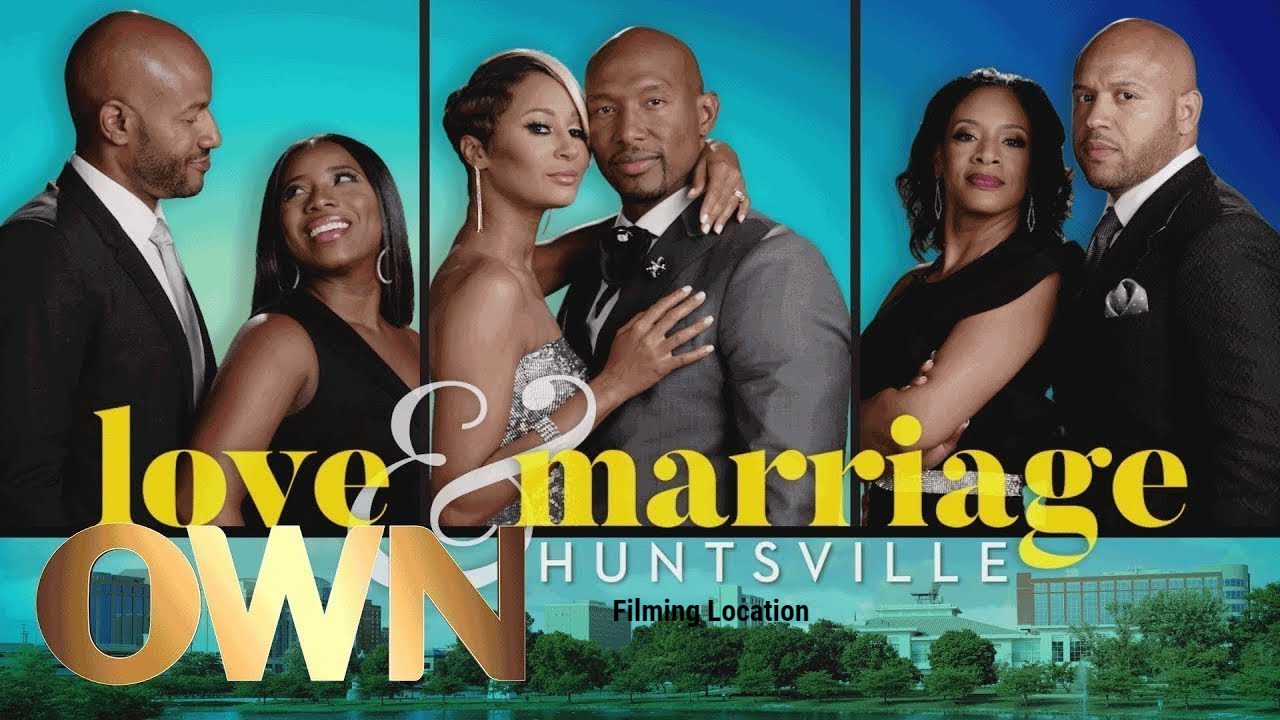 The reality show Love & Marriage: Huntsville is broadcast by Oprah Winfrey’s network. The audience liked it as well as it was interesting to them. This has led to it becoming one of the most-watched reality shows on the network. Three seasons have been produced for this show. All three seasons were released in subsequent years. The first season of the series was released on 13 January 2019. Twenty-one episodes were included in the first season. Furthermore, this season ended on 01 December of that year. After that, the show carried its second season on 11 July 2020. Additionally, this season consisted of 20 episodes. The final episode was released on 12 September 2020.

18 July 2021 marked the premiere date of the latest & the third season of Love And Marriage: Huntsville. A total of 26 episodes are going to be produced in this season. In addition, this season’s episodes are still being aired. There are more episodes this year than in previous years, but they are just as exciting. Also, the newest episode of this season was released on 27 February 2022. This season of this series looks like it will end by March of this year, based on the schedule. It is scheduled to release on March 20, 2022, the last episode of this season. 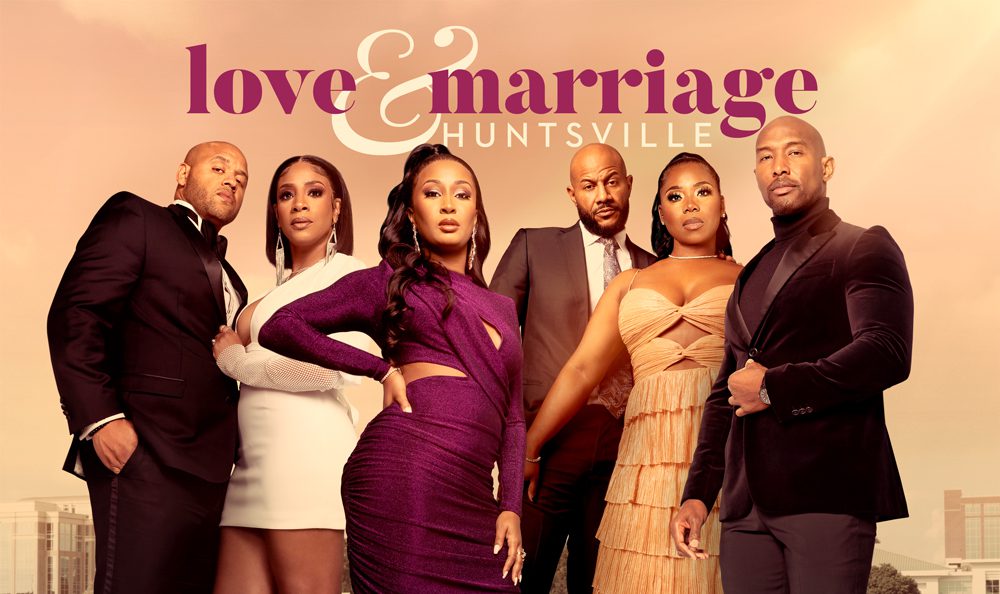 Three high-powered African-American couples are the subject matter of Love and Marriage: Huntsville. Huntsville, Alabama, becomes a thriving city after these people come together. By implementing their joint real estate project, The Comeback Group, they are rejuvenating thriving cities. The couple has known each other for many years. Having strong personalities and strong opinions, they have gained a wealth of experience and wisdom. Additionally, each must deal with the realities of experiencing love and marriage while trying to make the huge undertaking a success.

It will be a journey filled with laughter, tears, and heated disagreements. Perhaps even a wedding will take place. As they work together, the city and their relationship will be transformed to help them achieve their dreams. But will they be successful in combining their personal lives with their professional lives? Will the personal differences result in the longtime friends making foes of each other?

As mentioned a trio of couples is featured in the reality show ‘Love & Marriage: Huntsville,’ on which they want to revitalize their city. It is therefore not surprising that the city that they live in plays a major role in the OWN series. The Filming Location of Love And Marriage: Huntsville is North Huntsville, Alabama. Sets of the show were arranged in this place. Huntsville is a city located in northern Alabama surrounded by the Appalachian Mountains. Huntsville is also the county seat of Madison County. A portion of it extends into Limestone County and Morgan County to the west and south, respectively. This has further led to Huntsville becoming the state’s largest city as a result. The population of Huntsville in 2018 was just under 200,000. 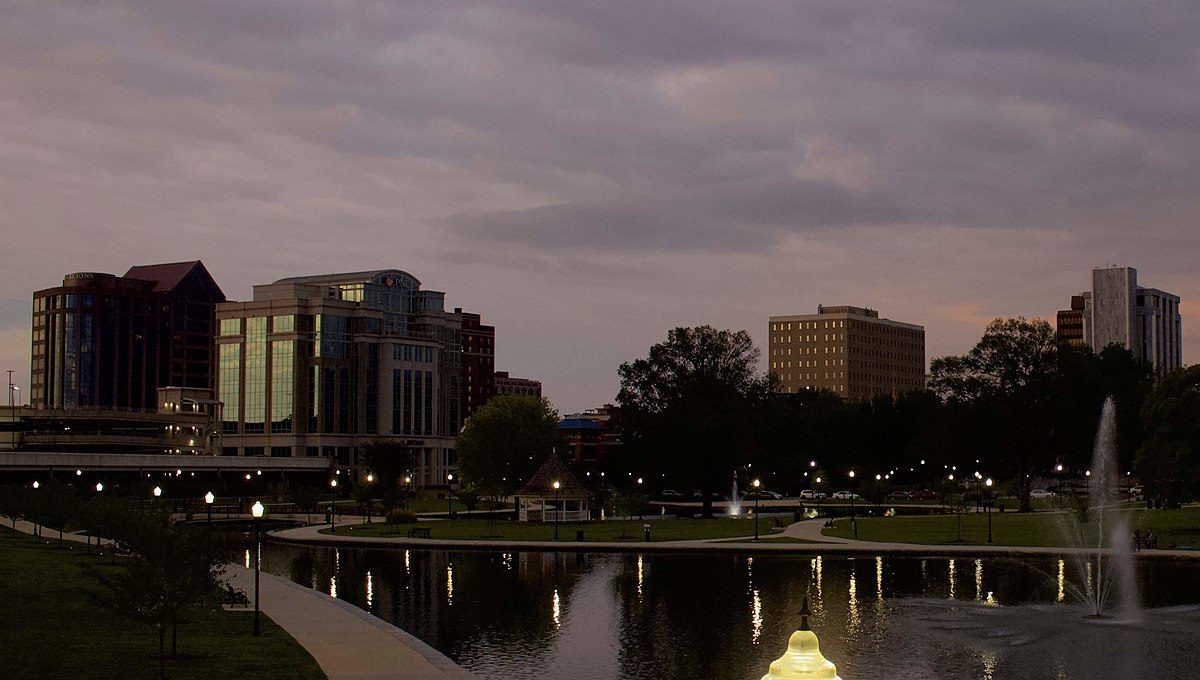 It is evident that the cast of Love And Marriage Huntsville is huge, both in terms of wealth and experience.

The American reality TV star, TV personality, and entrepreneur Marshall Holt has been making waves in the media these days. His professional background also includes real estate and investment. He is also the founder and CEO of Holt Custom Homes. Melody Holt is an American television personality and motivational speaker. Her other accomplishments include being an author and a homebuilder. Furthermore, Melody is a multi-million dollar entrepreneur, CEO, and co-founder of a successful business. In addition, both Melody and Martell were teachers before they took the leap of faith and decided to go into business for themselves. 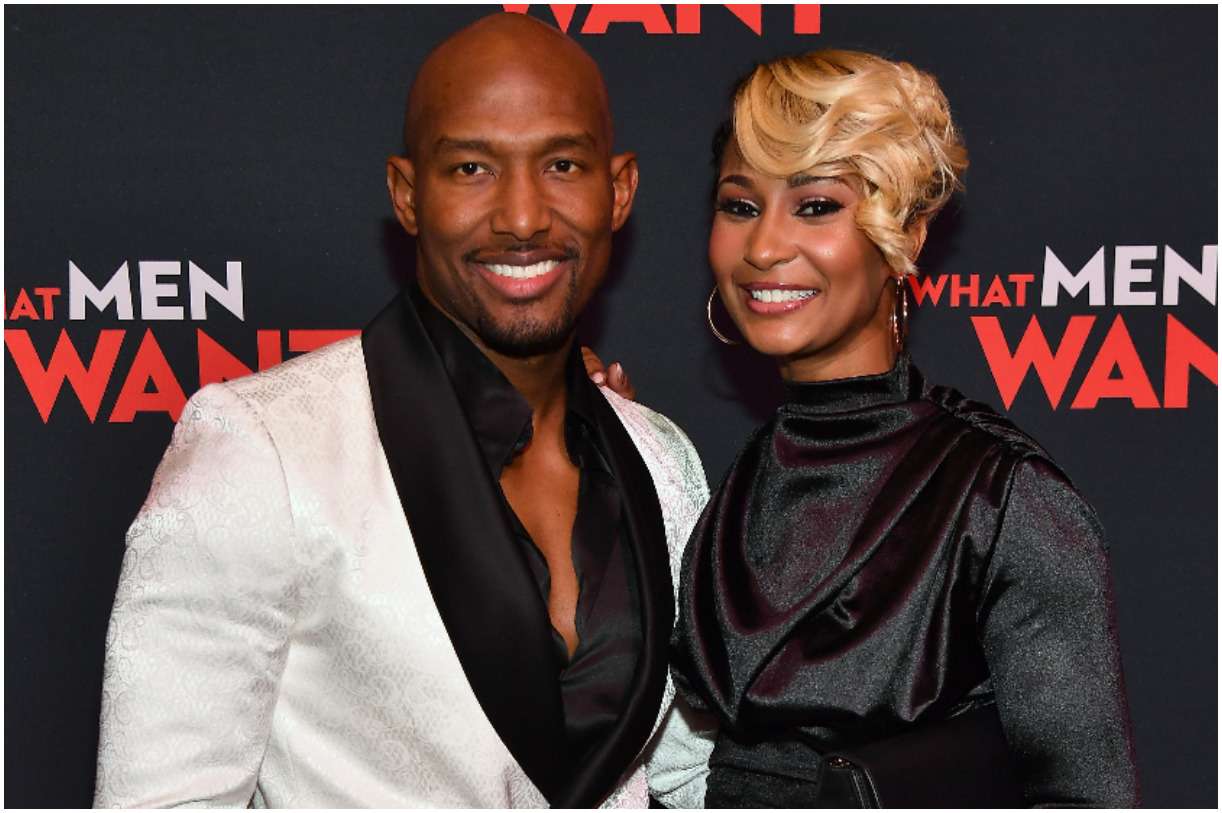 Credit 1 USA is owned by Maurice Scott. The company offers credit repair services. Furthermore, Maurice is also a lawyer. Maurice is also a Juris Doctor candidate. TV personality, Realtor, and entrepreneur Kimmi Grant is an African American. She is also a registered nurse. Kimmi Grant is employed as a realtor at Capstone Realty. Furthermore, she is among the list of practicing real estate agents throughout the United States. Moreover, she is a member of Delta Sigma Theta Sorority Inc. Moreover, the Couple has been married for about six years now. 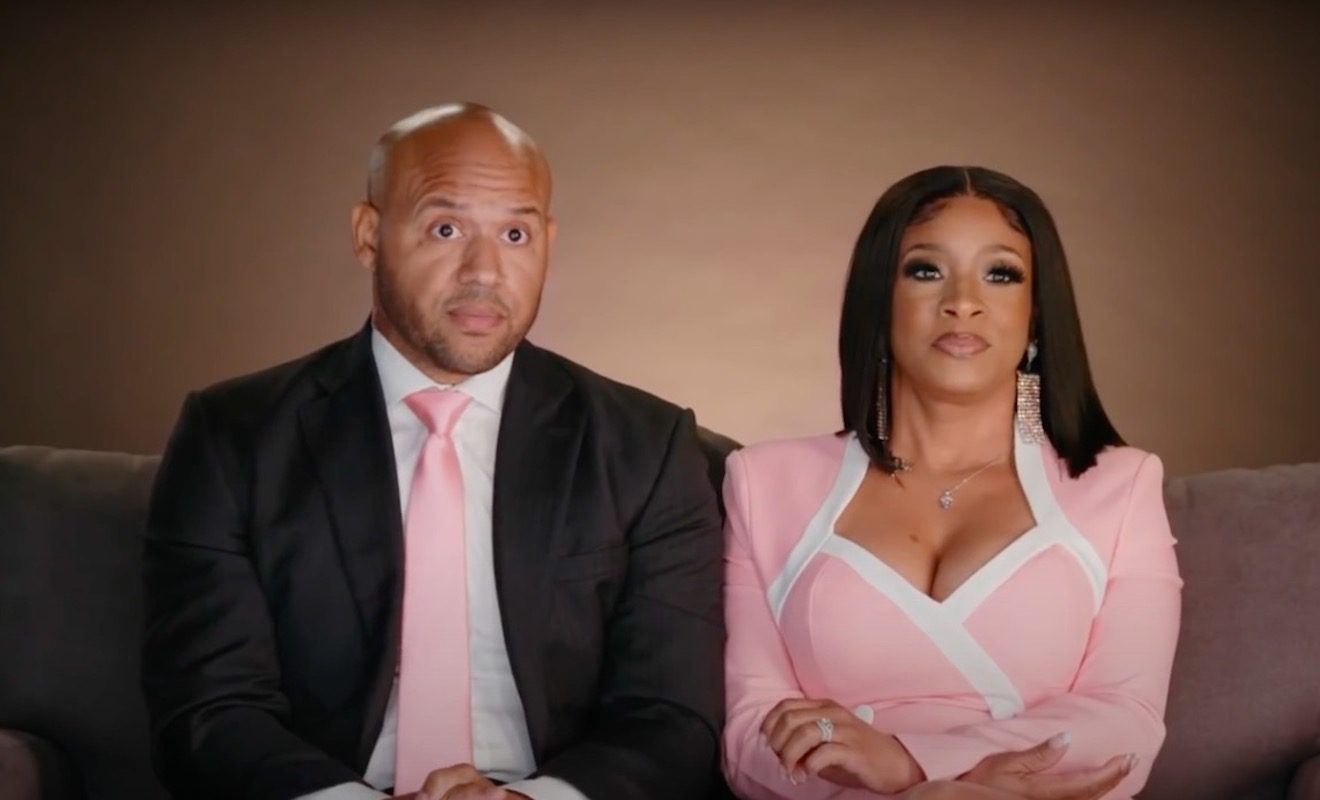 Marsau Scott is one of the prominent names that relinquished a noticeable quality in success after he appeared on unscripted reality shows. He is a graduate of a business administration program. Additionally, he has worked on numerous real estate projects with his older brother, Maurice Scott. However, his brother decided to concentrate on law rather than real estate. 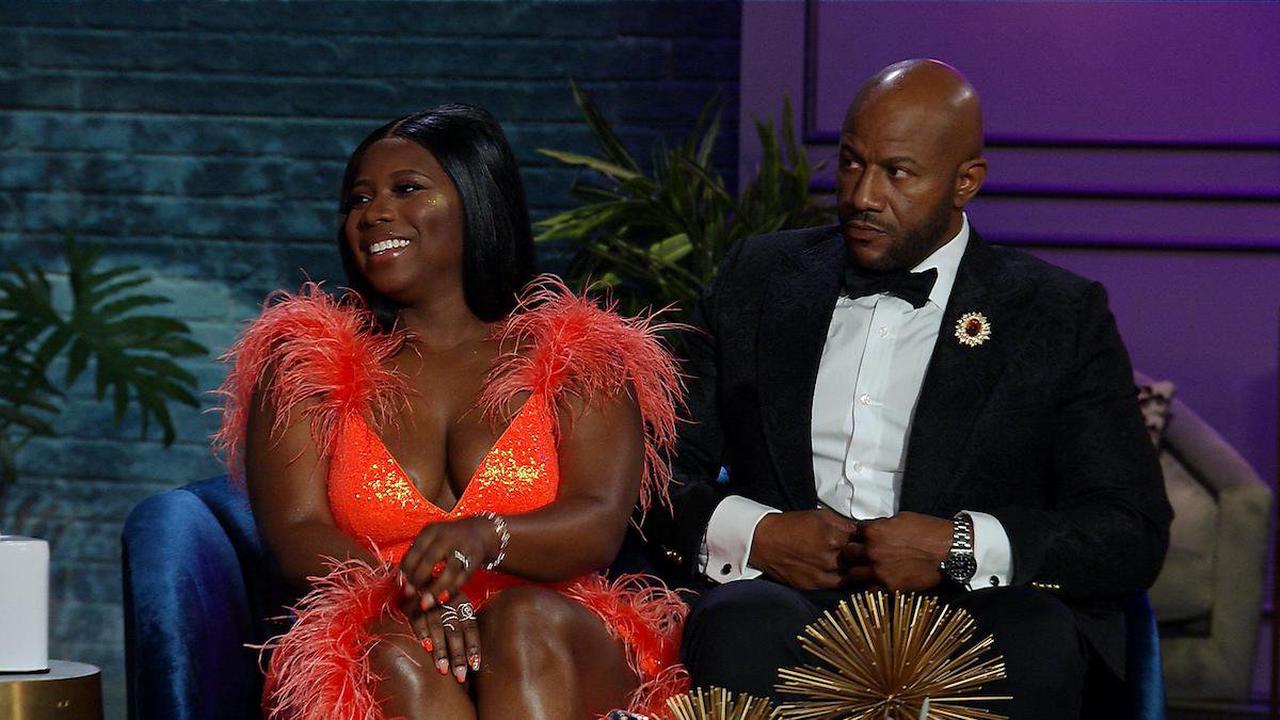 As a result, his real estate project had to be handled alone. LaTisha is an American television personality and a commercial real estate developer. LaTisha also serves as the CEO of Infinity Properties. She was profiled and featured in an issue of Sheen Magazine as of January 2019. She has been working in the financial industry for more than ten years. Marsau and LaTisha were quite engaged in a tense relationship in the show.

Also Read:  Where Is ‘Firecreek’ Filmed? All About The Filming Locations & Cast