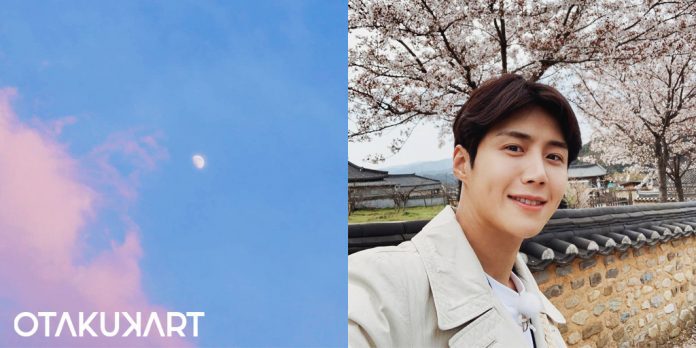 Anyone who keeps themselves up to date on the happenings of the actors and actresses of the Korean film industry must be aware of the bizarre controversy related to the private life of actor Kim Seon Ho. The controversy affected Seon Ho’s future greatly, as his career that was fast taking off after his role in the tvN show Hometown Cha Cha Cha came to a startling halt. Well, Kim Seon Ho has finally broken his silence and released a message for his waiting fans where he briefly expressed his thoughts about the love and support he has been receiving from his fans.

A quick refresher for the controversy is as follows: the anonymous post made by the woman claimed that a two-faced shameless actor who is growing in popularity in the industry was previously in a relationship with her. Her accusation against the actor was that he persuaded her to have an abortion on the pretext of marrying her later, but only if she goes through with the abortion, but later ditched her.

After the actor was identified to be Kim Seon Ho, he posted a formal apology addressed to both his fans and the woman in question. However, revelations of some text messages by the Korean paparazzi site Dispatch brought to light some unsavory truths about the woman which served as apparent evidence that her accusations were indeed one-sided.

Dispatch further identified the woman as Choi Young Ah, who is a former weather forecaster and currently works as an influencer. Fans of Seon Ho have been claiming that the woman had made the post after the actor hit jackpot in his career to malign him. Regardless, let’s have a look at the note posted by Kim Seon Ho on his Instagram.

After a long spell of silence, Kim Seon Ho finally made a social-media appearance via his Instagram. Through posting a photo of the moon during dusk hours, which he supplemented with a direct message to his fans and people who have high expectations of him, Kim Seon Ho addressed his gratefulness to them. The translation of the full note is as below:

“I am apologetic to those who are having a hard time owing to my shortcomings… I am also very thankful for the overwhelming amounts of birthday wishes I have gotten. I’ll preciously remember your heartfelt messages, and I will try to be an actor who can repay your good wishes and support.”

Kim Seon Ho is currently confirmed to return as an actor on the big screen with the upcoming 2022 Korean movie Sad Tropics which is about a boy living in the Philippines born to a Korean father and Filipino mother. The film is an action noir about a boxer who is being chased by mysterious people.

Meanwhile, Kim Seon Ho’s first public appearance after his ‘private life’ controversy was at Incheon International Airport on 18th April 2022, when he returned to South Korea after filming in Thailand. Various fan-taken photos from when he was filing in locations like Phuket, Thailand have also been in circulation in his fan circles over the past month.

His entrance from the Suvarnabhumi Airport in Thailand was met with ecstatic screams from Thai fans who had evidently not held any grudges against him because of his controversy and instead had audibly expressed their support for the actor.

The aftermath of the Controversy Breakout

After Kim Seon Ho’s controversy broke out, he was dropped from the fourth season of the KBS2 variety show 2 Days & 1 Night on which he had been serving as a regular member. Seon Ho’s hit advertisement CF with Dominos Pizza was also deleted and he was dropped from the various CF contracts he’d had signed on to after his success on the hit tvN show Hometown Cha Cha Cha.

In his private life, it has been reported that the philanthropic actor has been secretly doing good deeds like generously donating 50 million Korean Won to the Korean Childhood Leukemia Foundation. It is yet to be seen how the Korean general public will receive Kim Seon Ho’s return to acting after his controversy.

Kim Seon Ho’s controversy did not stop him from being rewarded in the year-end awards of 2021. In fact, he won two awards in the 2021 Asia Artist Awards, namely the Popular Male Actor Award in the ‘RET Popularity Award’ category, and the ‘U+Idol Live Popularity Award’. His agency SALT Entertainment had then made a statement delivering words of gratefulness to the fans who made it possible for him to win the awards by placing their votes for him. You can watch Hometown Cha Cha Cha on Netflix.