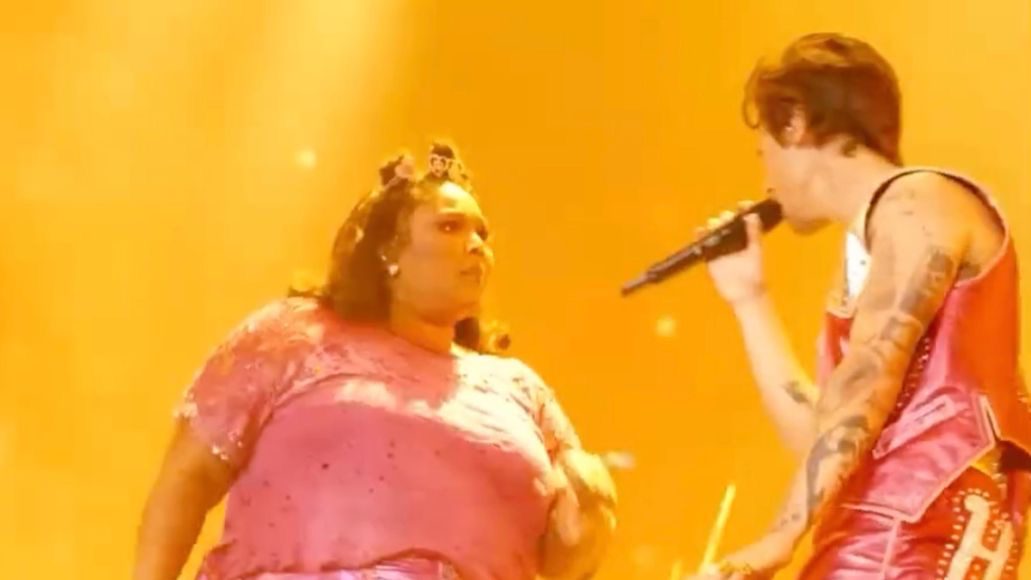 It is weekend two of Coachella 2022 and Harry Styles brought someone special on stage while leaving fans stunned! The crowd was cheering and screaming as the Watermelon Sugar star invited Lizzo to perform One Direction’s 2011 hit track, What Makes You Beautiful.

As the two performed over the weekend, they managed to set the stage on fire and the crowd surely had the time of their life. The musical duo further performed Gloria Gaynor’s I Will Survive. Apart from their performance, their twinning attire in feather-embellished Gucci coats also grabbed enough eyeballs!

Lizzo And Harry Styles Performed While Setting The Stage On Fire!

After her surprise cameo on stage, the Juice hitmaker took to social media and praised Harry Styles while calling him a treasure, gods gift to rock n roll, and further added saying that the light that comes from him is real and infinite. She thanked Styles for making being on stage in front of hundreds and thousands so very easy while calling his team incredible.

The heartfelt note of appreciation came along with a picture of the two which was a bit blurry. However, it was quite a spectacle as these two powerhouses packed the stage! Lizzo earlier hosted Harry Styles as her surprise guest back in January 2020 when the Watermelon Sugar hitmaker came up at The Fillmore Miami Beach for a performance of chart-topper track Juice. Not only that but Lizzo even gave Styles’ a big shout out for his Grammy win on Instagram last year. The two are good friends and have both covered each other’s work on BBC Radio 1’s YouTube series Live Lounge. 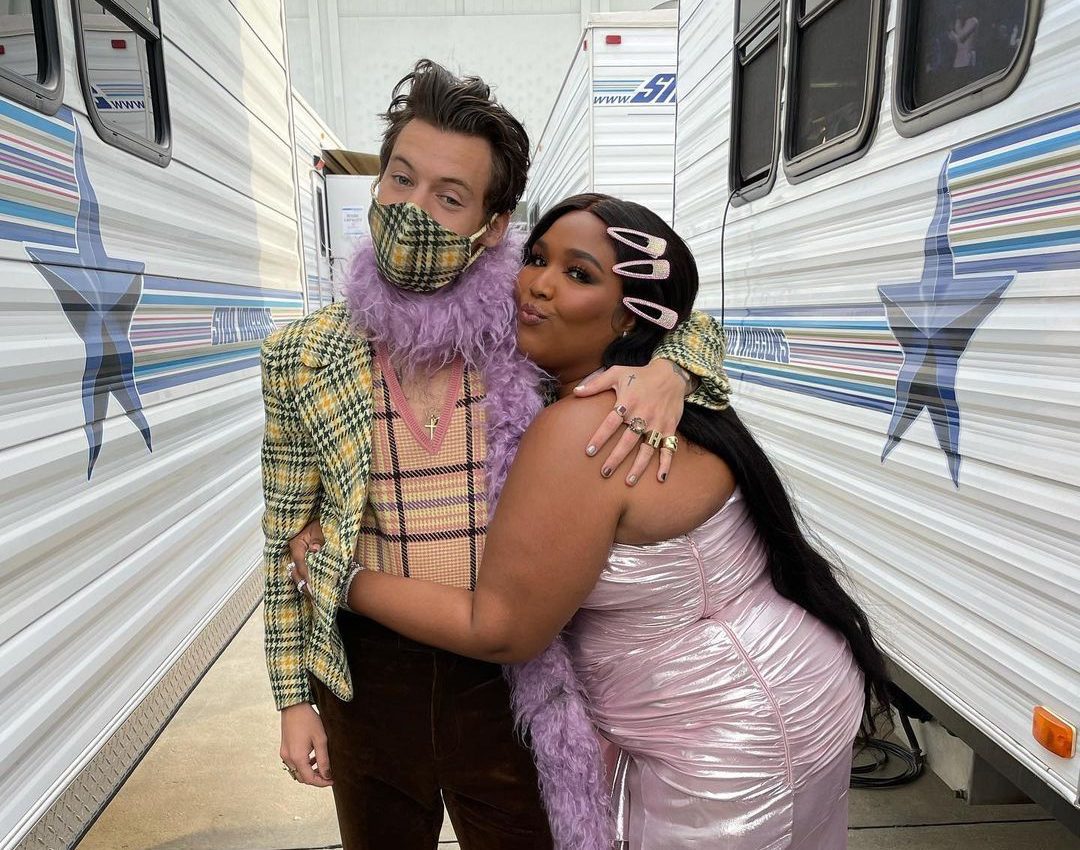 It seems like Harry Styles is a man of surprises as this is the second musical celeb who was invited by Styles on stage for a surprise performance. He invited iconic country singer Shania Twain for a surprise rendition of “Man! I Feel Like a Woman!” during weekend one of Coachella 2022! The singer himself had a huge moment as he announced how Shania taught him to sing! Harry Styles’ alleged girlfriend Olivia Wilde also attended the music festival while she was spotted cheering for her beau.