The eventful debacle surrounding the 94th Academy Awards led to the resurfacing of G.I. Jane as a subject matter. The debate on this issue surely sparked a conflict of interest on the parts of the actors involved. However, it also brought the 1997 Demi Moore starrer American War Drama back into the spotlight. Concerning a fictitious landscape, the movie directed by Ridley Scott presents an opportunity for the first American woman to seal her fate with the Navy SEALs. Here, we shall look into several aspects of G.I Jane, but most prominently, its filming locations.

The following narrative portrays the hardships experienced by the protagonist in a majorly male-dominant field, as the world around her roots for her downfall. A visual artifice is employed to integrate the overall action aesthetic into the movie. Various filming locations for G.I. Jane were able to achieve this imagery of training camps associated with the Navy SEALs.

The primary training base for the cast of G.I Jane was a “30,000 acre National Guard training site”, Camp Blanding in North Florida. Meanwhile, other filming locations for G.I Jane included Jacksonville’s Huguenot Park, Hunting Island State Park in proximity to Beaufort, South Carolina, and some sites in Washington, D.C., Virginia, and Maryland. 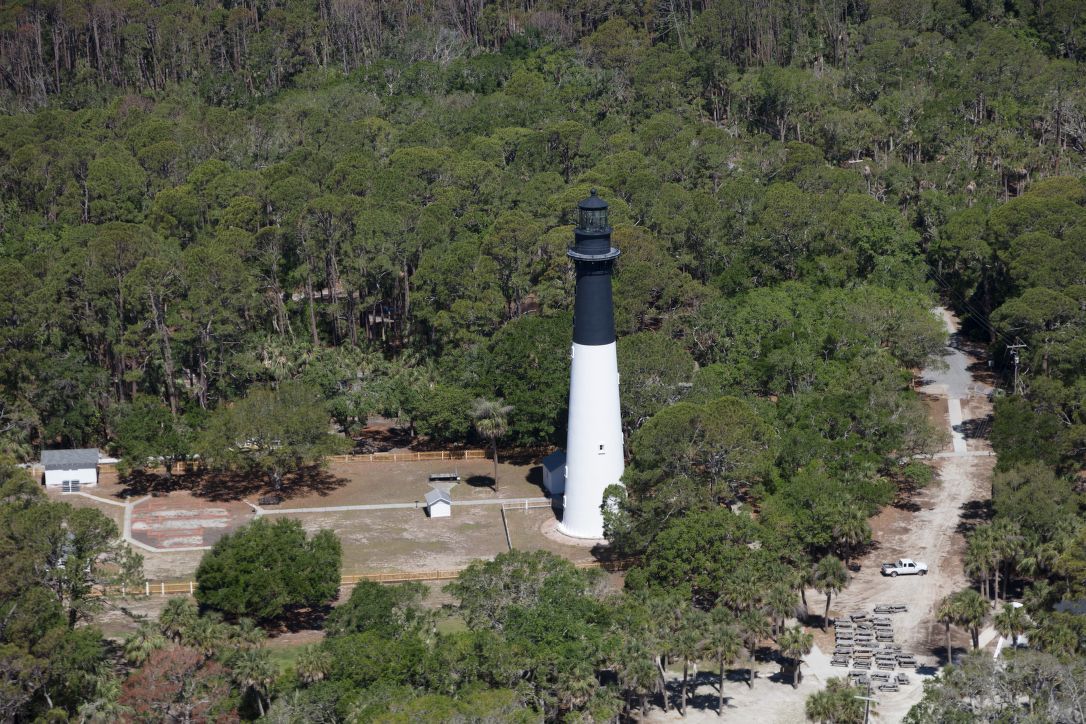 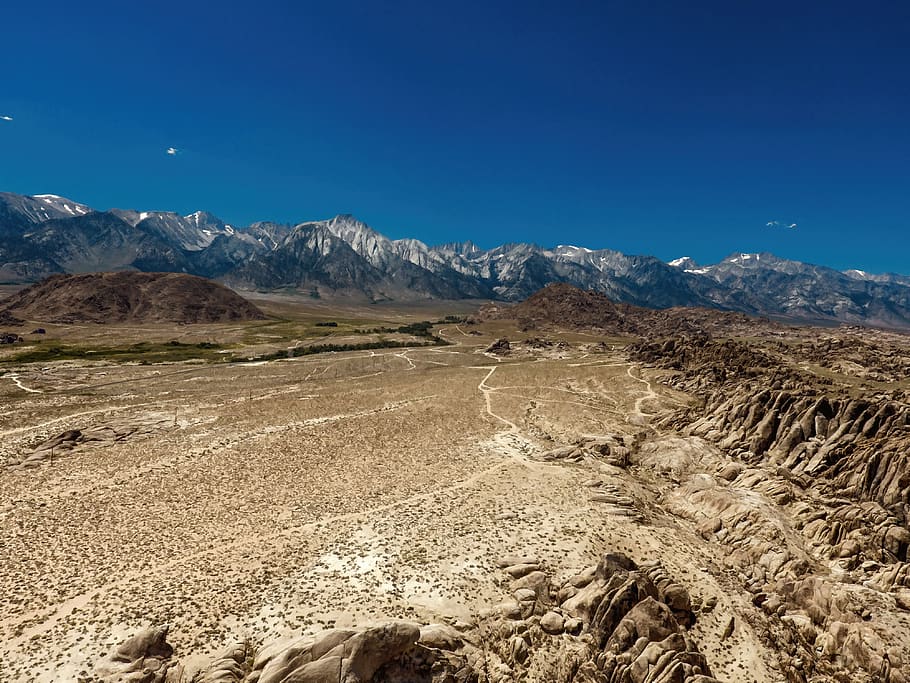 Lone Pine, California. One of the filming locations of G.I. Jane

Reviews For The Movie

Critics have often complained that the movie completely obliterates the female protagonist. Her aura changes completely as soon as she is amid male companions. Demi Moore gained a lot of praise for her performance, but viewers had some qualms with the portrayal. Her character’s transformation is fulfilled based on a compromise, that of her femininity. And yet again, we have another movie bringing forth the stark contrast that divides men from women instead of bringing them together. Moore’s character in G.I. Jane declares outrightly that she is “not interested in being some poster girl for women’s rights”. She is simply concerned with making her way through this rigorous and intense training in an attempt to prove her credibility as one of the Navy SEALs.

Yet somehow, the movie ends up taking a wild turn in the opposite direction of achieving all these feats. Still, it didn’t garner a 100% negative reception from the critics and the audience. Ridley Scott’s vision for the movie makes way for good cinema in some ways. The focus on the rigorous training scenes enlivens a nearly realistic documentary-style filmmaking, thereby authenticating their motives. Yet it’s not enough. Despite racing towards the built-up aesthetic in his mind, Scott is unable to highlight a set purpose with the outcome of G.I. Jane. 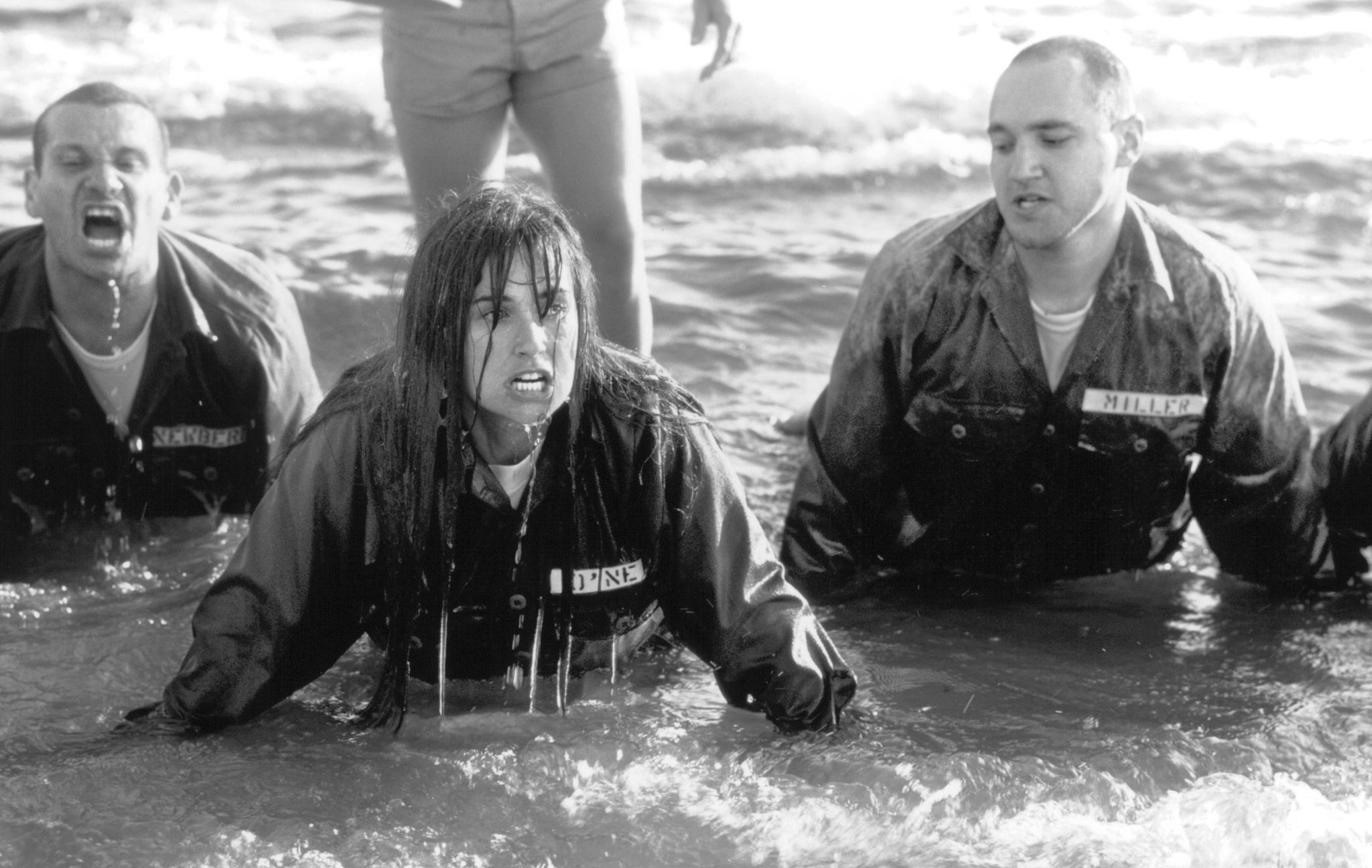 Demi Moore during the shooting of G.I. Jane (cr: IMDb)

Why G.I. Jane Fell Short In Achieving Its Purpose

The premise for the movie establishes a firm ground for growth, but as we get into it, we end up meeting harsh characters. Even Moore’s character becomes someone we can no longer connect with, resulting in a series of eye-rolling sessions from the audience. One may cut it some slack owing to the time frame of the movie’s release. Nevertheless, it still doesn’t take away the need for strong characters. And strength doesn’t necessarily restrict itself to its physicality. In simple words, the characters lack any sort of complexity. They resort to the same old black and white scenario of diving into a binary. 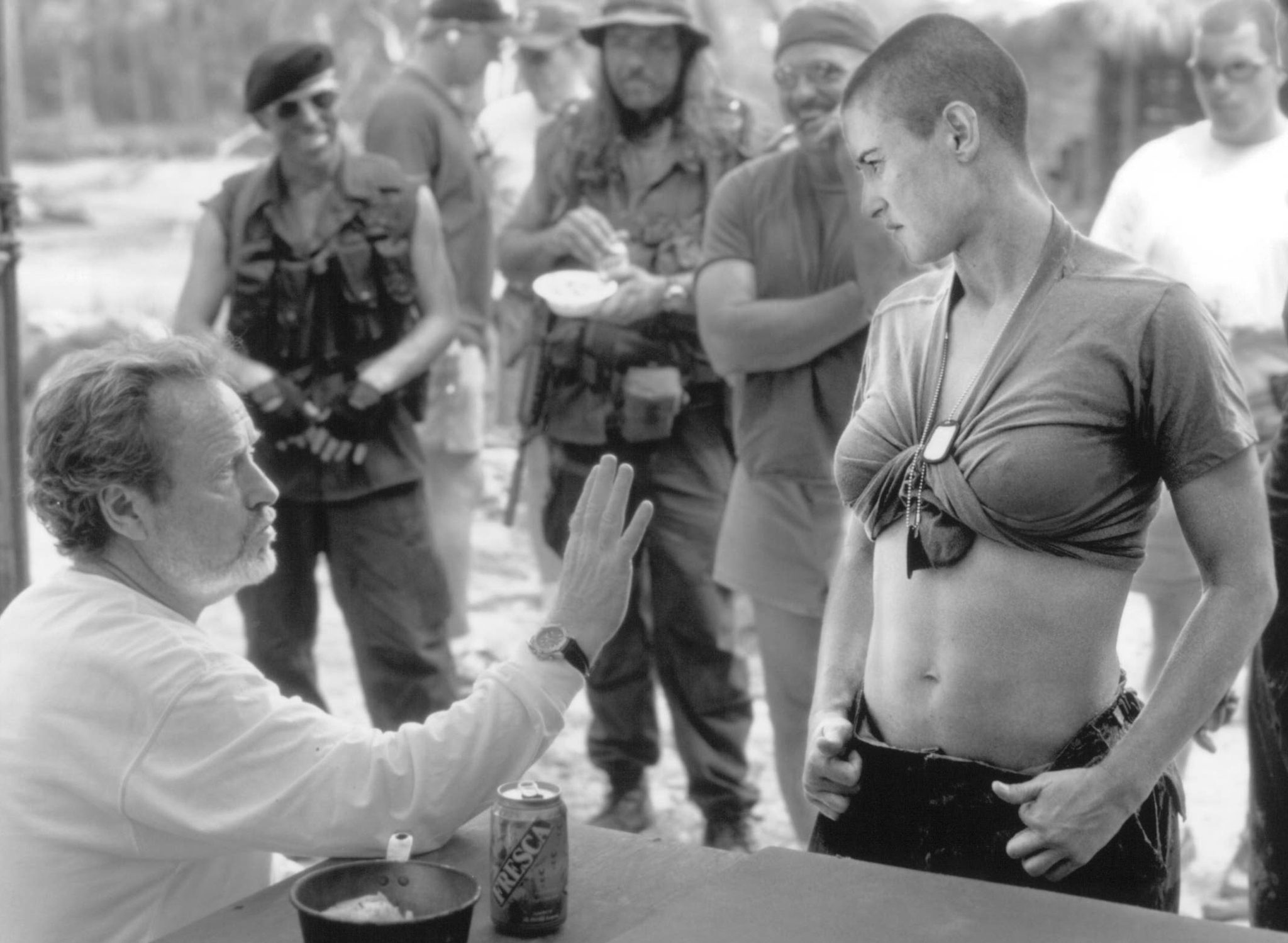 Demi Moore with the cast and crew on the sets of G.I. Jane

The plot gets lost while diving into way too many subtexts it can’t balance. By the end of the movie, no one knows what it was truly about. It seems that the director sought to present heavy ideas and notions of the world through his work but failed. A disastrous cocktail is concocted by bringing in so many issues on the platter simultaneously, and they just can’t be digested anymore. G.I. Jane very easily loses sight of what it set out to achieve, and therein lies the problem.

Interested audiences can stream G.I. Jane on the premium subscription of Lionsgate Play on Amazon Prime.