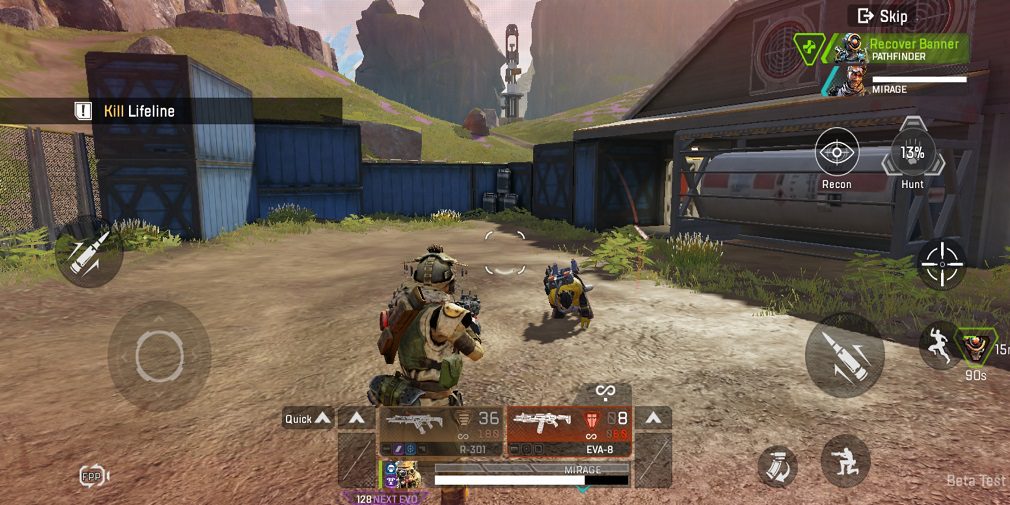 Apex Legend is a shooter video game published by Electronic Arts and developed by Respawn Entertainment. In the year 2019, the game was only released for Microsoft Windows, Xbox One, and Playstation 4. And in the year 2021, it was developed for the Nintendo Switch as well. But the good news for all the video games players is that the full version of Apex Legend is soon coming for Android and iOS with the name Apex Legends Mobile in this year only (2022). Apex Legends supports cross-compatible play or crossplay.

Apex Legend is a free-to-play online multiplayer battle royal game. There are three-player squads in each of the twenty groups. A player can join any random group or can play with their friends. As of season 12, there are twelve characters in the game. Each character has a unique quality and personality that helps the player to deal with any random situation. Before the game starts, a player is needed to select the twelve characters with the exception that they should not be chosen more than once. A player can buy items for the character using real or virtual coins. In this article, we brought to play some games that are almost similar to Apex Legends Mobile.

Games that are Similar to Apex Legend Mobile

In the article ahead, we will be discussing some games that are similar to Apex Legend Mobile and the list will go like NFL Clash, Badlanders, Race Master 3D – Car Racing, Last Battleground Survival, Call of Duty: Mobile, Battleground’s Survival: Battle Royale, Rocket Royale, Hopeless Land: Fight For Survival, Knives Out, and Radiation Island

The first name that comes under the list is NFL Crash. This game is very renowned among players who play games on android mobile and apple devices. NFL crash was released in the year 2020 and published by Nifty Games Inc. This is the head to head game for all the action lover players. In this game, players are to create their unbeatable team with the existing NFL players. On winning, a player gains a point and on losing loses a point. There is also a game store for offers and events. 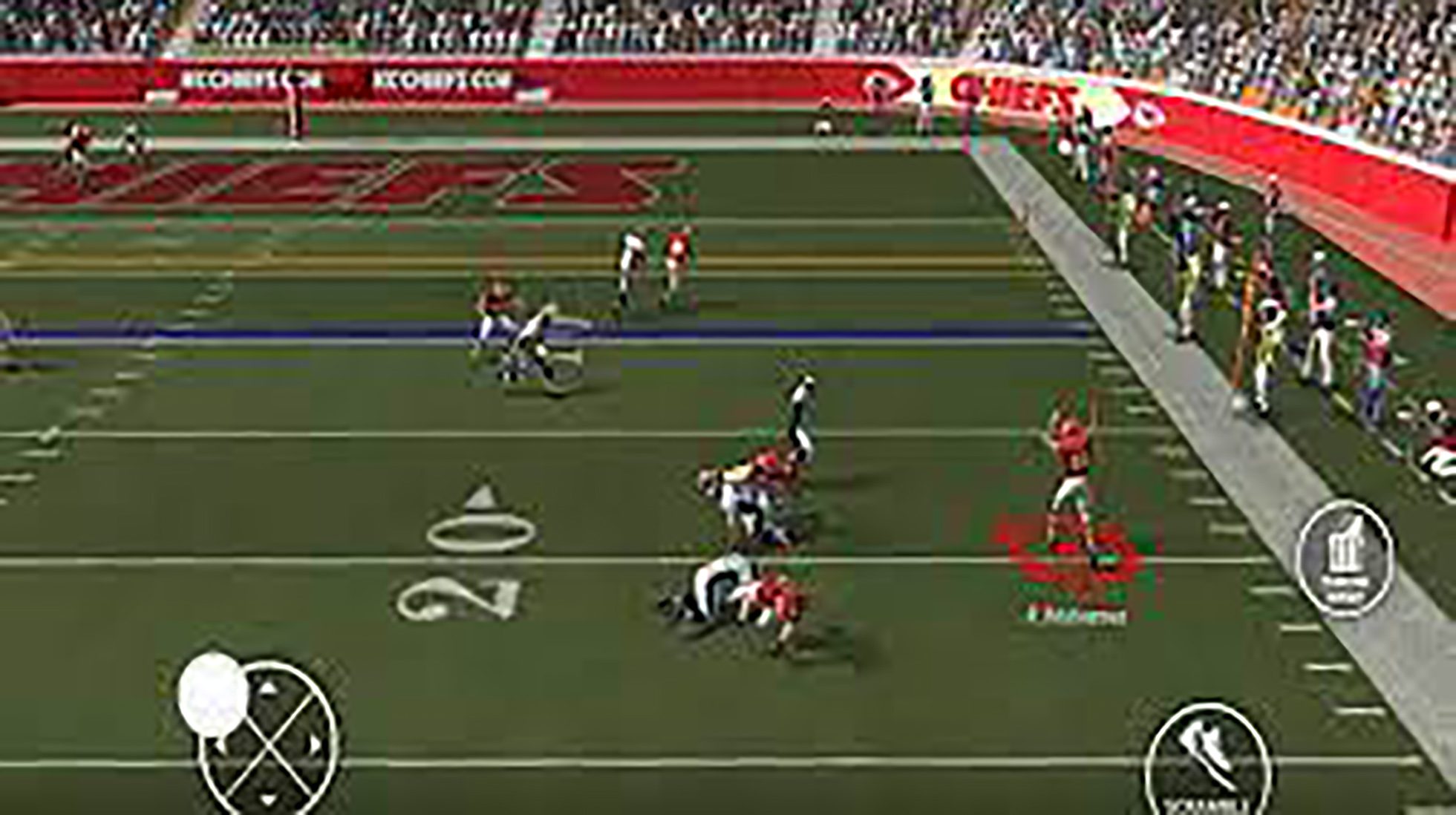 This free-to-play game is available on Google Play Store and iOS. On Facebook, the game has received 5 points out of 5 points.

The second game which is similar to Apex Legends Mobile game is Badlanders. Badlanders is an action and looter shooter video game. It enables the player to collect game items by any means. The game has been developed and published by Hong Kong NetEase Interactive Entertainment Limited and 101.Studio. The platform that supports the free to play game Badlanders is Microsoft Windows and Android. The most interesting facility it provides is that a mobile gamer can even play with a pc gamer.

Race Master 3D is a very easy racing game. The game was published by SayGames Limited. Unlike other racing games, this one provides a 3d environment that makes the game more interesting. In this game, a player should make sure that he crosses the end line before his opposite players. And in between this, he should try to avoid all the hurdles of the way. This game is available on all android devices.

Call of Duty is the most renowned and loved shooter game among all. This free-to-play game was released on October 1, 2019. The game was developed by Timi Studio Groups and Tencent Games and published by Activision. Call of Duty was first released on PCs but later was developed for android phones and iOS. It is a worldwide recognised game and has accumulated $480 million in the first year of its releases with 270 million downloads. 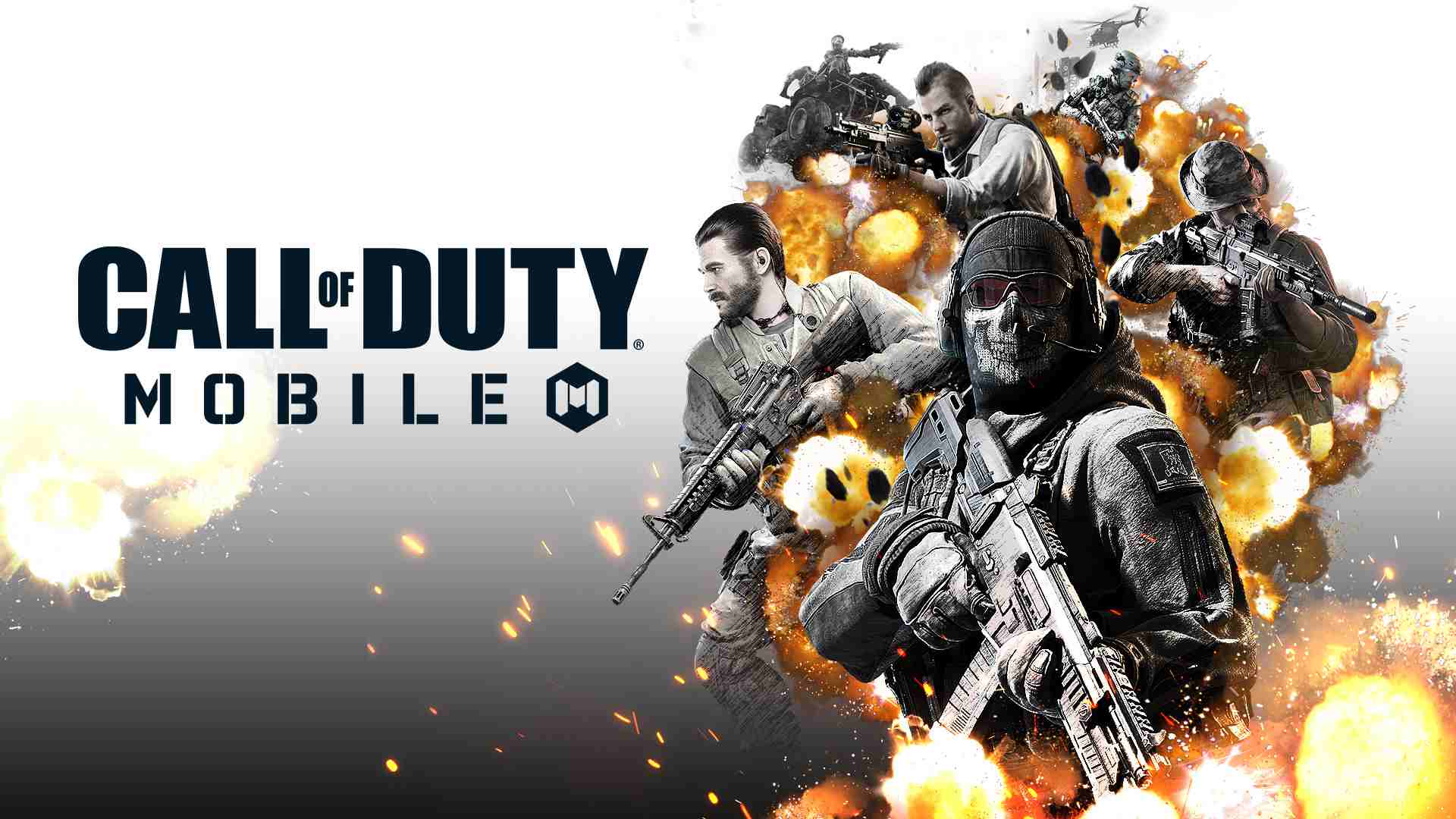 For playing this game, a player needs to invest in some currencies called credits. The credits can be earned through playing the game and with real money as well. It is even possible to play the game without investing money but then you will not be able to use some exclusive features like new characters and significant weapons. The three modes in the game are Multiplayer, Zombie, and Battle Royale mode.

Last Battleground Survival is an action-adventure and survival game. The game was published by Elex for android phones. The game starts when a player jumps from a paraglider and lands on the battleground. The battleground area is a desert where players from different parts of the world play. When a player lands on the ground, she becomes part of the battleground and has to kill the enemies while searching for houses, buildings and weapons. With the collected items, a player increases her chance of last survival on the desert battleground. This third-person game is best for all the action lover players. 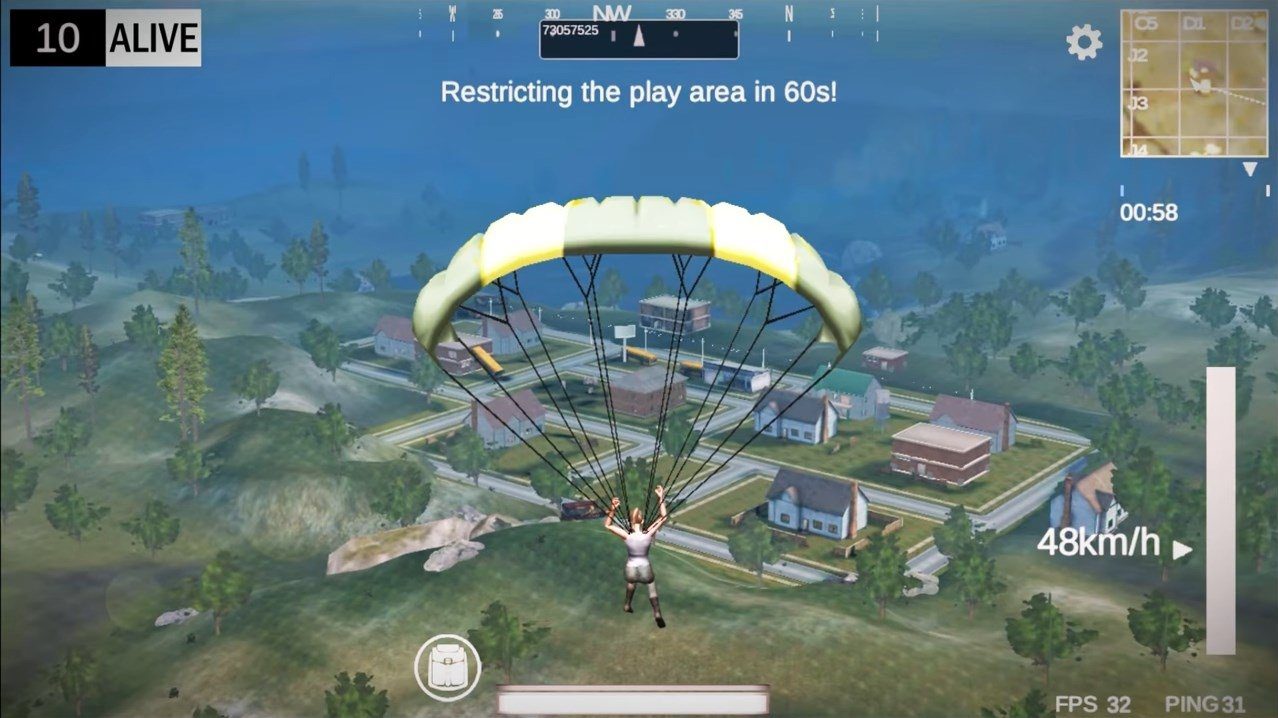 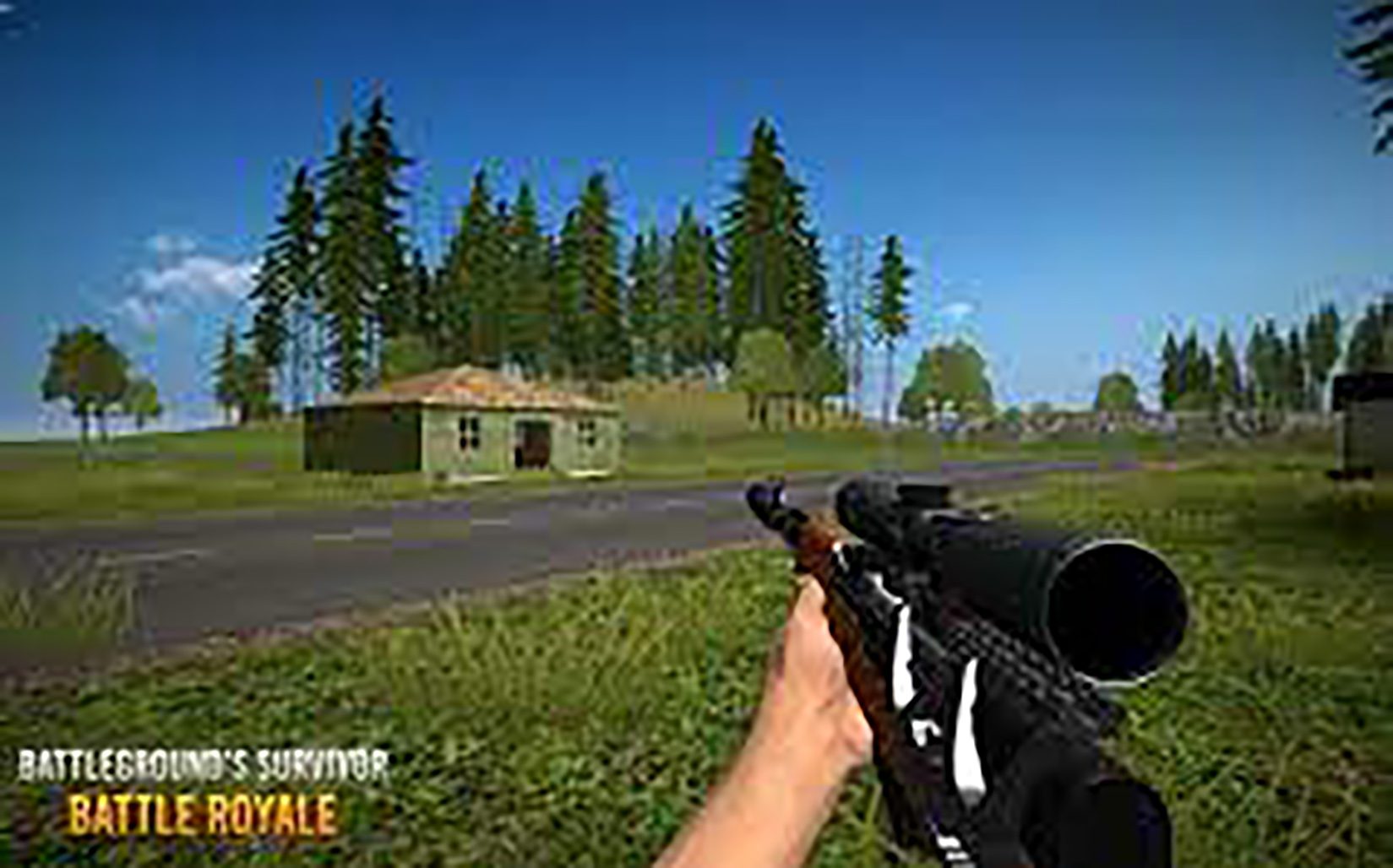 Rocket Royale is a free to play, multiplayer video game. OneTonGames is the publisher as well as the developer of the game. This action-adventure and survival take place in an unusual dying world. Here, every player has to leave the place before anyone else by building a rocket and gathering powerful weapons. A player also has to distract other players and protect himself from others’ weapons. The game also provides shielding to players. A player can collect as many as twenty weapons with each weapon’s unique set of characteristics. If you are an action lover and love to play a battle game, then you can go for this one.

Homeless Land is a third-person perspective multiplayer video game. Hero Games is the publisher and developer of this battleground action-adventure game. The most interesting part of the game is that it can accommodate up to 121 players in a single round. These all players fight against each other and try to stand last on the playing ground. The game starts by landing on an island through a parachute. After landing, a player tries to give his best by searching for weapons and it also enables the player to change the appearance of the character. The game provides an environment where a player gets to drive various vehicles. The game gives a challenging environment that makes the game very addictive. 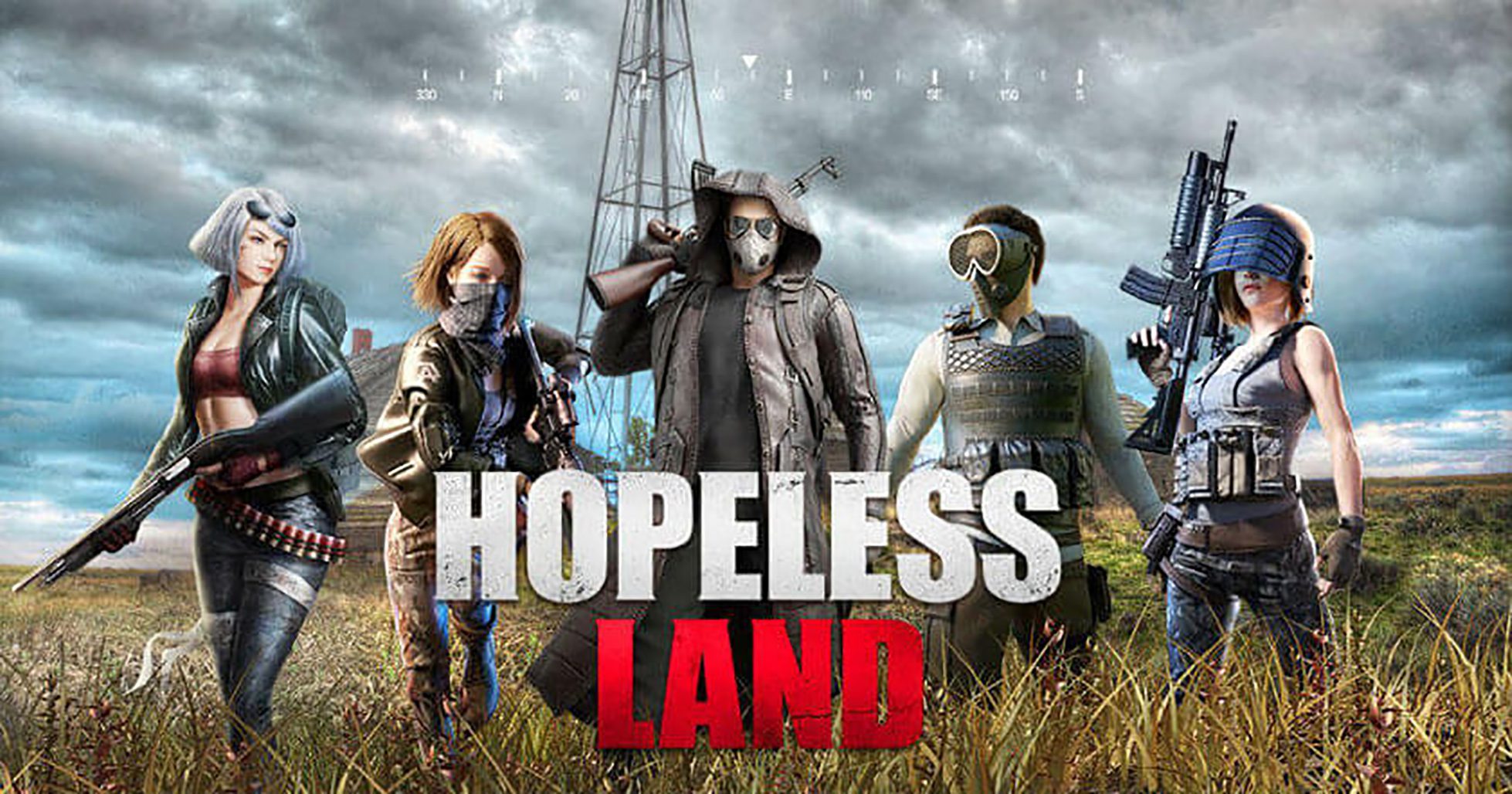 Knives Out give access to various resources like weapons and other items. The game starts when the player lands on a battlefield full of mountains and tunnels. The player has to search for the weapons in the tunnels and mountains. A player can team up with another player as well. The one who is the last wins the game. Knives out have one of the best visual graphics and can accommodate up to 100 people. A battle lover player must give it a go.

Radiation Island is an action-adventure game. This game allows the user to play in groups as well as a single player. Atypical Games is the publisher and developer of the survival game. The game starts with the landing of a player in a mysterious and parallel world where he has to survive till the end by creating his destiny. During the given time, he needs to uncover the deepest secrets and for surviving till the last he needs to kill the strange creatures.

The availability of several levels with each level offering the challenges and exploration that makes the game more interesting. Radiation Island gives a stunning display with a wide variety of virtual animals. This game is best for the players who love challenges.

Also, read – 10 Best Manga Similar To Dr. Stone That You Should Read