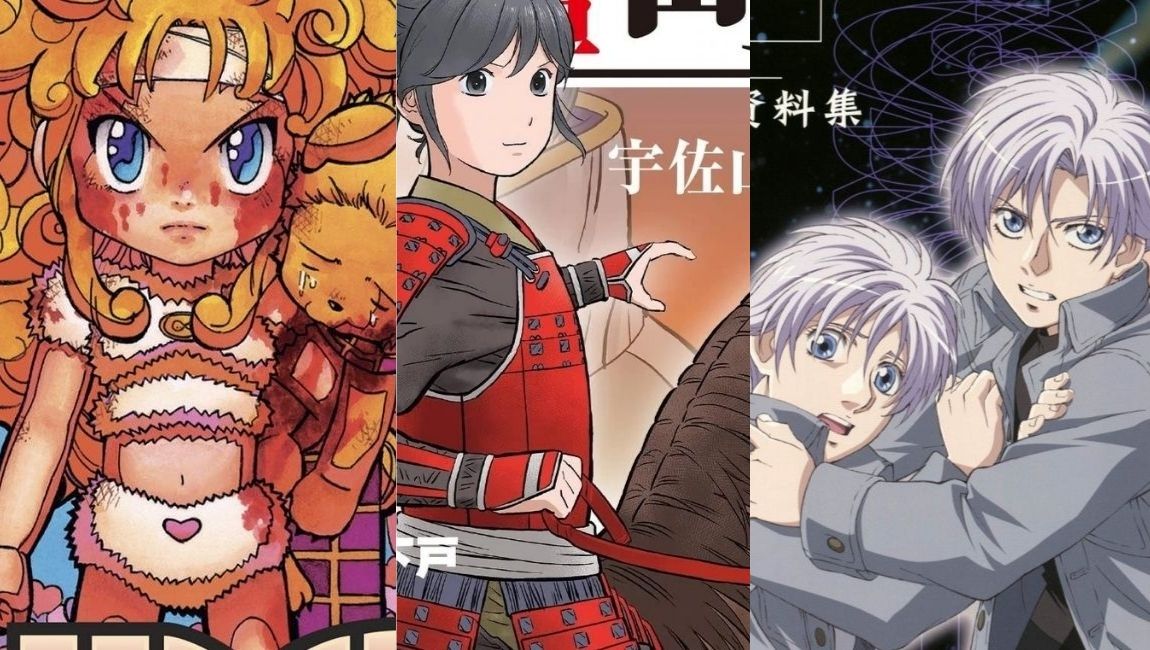 Science Fiction, scientific phenomena, and new inventions in the setting of the stone age have become popular after one certain manga dropped out. Yes, you got it right I am talking about the popular manga series Dr. Stone. A lot of manga based on this theme might have been released, but after Dr. Stone made its appearance, this concept gained a lot of praise. The plot takes us back into the stone age at the time when the human civilization was managing just on the weapons made of stones. In the series Dr. Stone, it was the time of 2019 AD when a mysterious light flashed and ended up petrifying all the humans who existed at that time. After a course of about 3700 years, in April 5738 AD Senku Ishigami revived without any known reason.

When it comes to handling scientific stuff, Senku was a prodigy and decided to find out the reason for this sudden revival. Six months later, after the revival of Senku, his friend Taiju Oki woke up, and that was the time when Senku learned the reason. He found out that they were revived due to the chemical called nitric acid. So, being a protagonist, Senku decided to formulate this compound and revive all the humans. He made this his life motive to bring back human civilization by using this scientific intelligence.

Also Read: Anime Characters With The Same Voice Actor As Eren of Attack on Titan

The manga of Dr. Stone was released on 6th March 2017 in Shueisha’s Weekly Shonen Jump Magazine. It remained a very popular manga in its era, and so did its anime adaptation. Since the manga has concluded recently on 7th March 2022, fans must be looking for something similar to it. There are lots of options available which provide somewhat the same concept but choosing the best among those depends upon the reader. Although not all of them are going to give you Bochi’s great experience, you will surely love them. So, here you are going to see ten manga similar to Dr. Stone that you can binge read.

The first manga series on our list is not like a literal manga but a manhua or a comic. The series is called Release That Witch and is created by the author named Er Mu and was published by Qidian publications. Release That Witch is a webcomic that updates with a new chapter every Thursday and Sunday. The thing that makes it somewhat similar to Dr. Stone is it was set up in the medieval period. Its plot goes around the protagonist named Chen Yan, who traveled back in time and unexpectedly landed in a world full of mages, witches, and magical powers. The main characters of the series include Roland Wimbledon. Anna, Barov, Carter Lannis, and others. 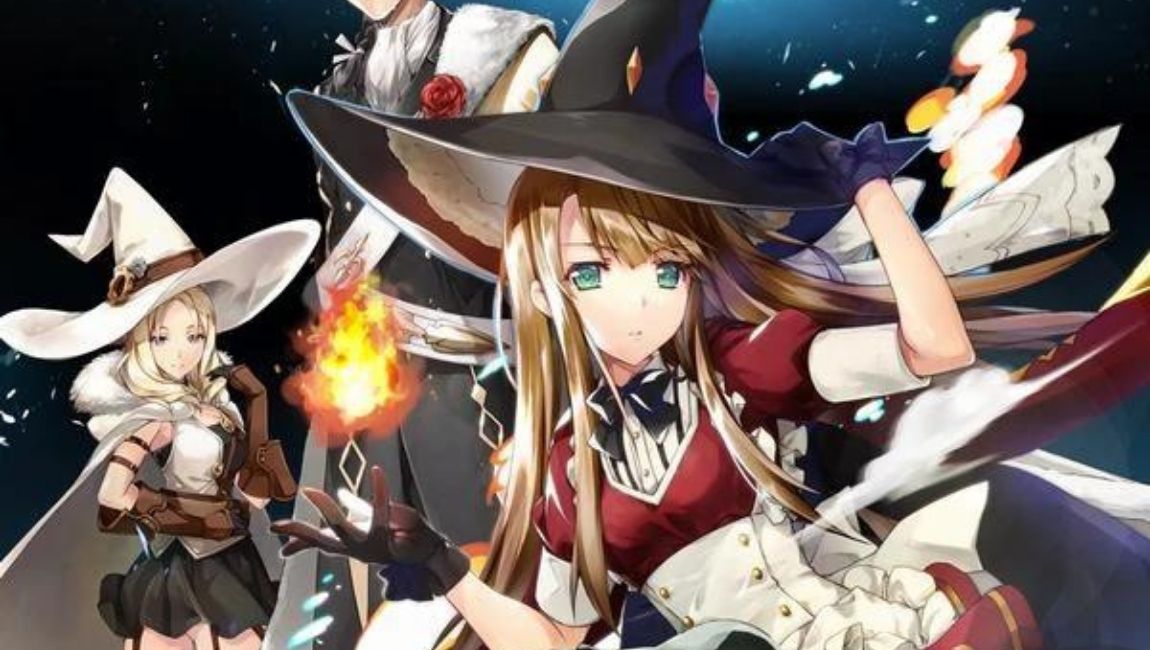 The second one on our list has the most similarity with the series than any other manga on the list. Not in terms of plot, but the character design of the manga will give out direct vibes of Dr. Stone. The reason behind this is the illustrator and writer of the manga being none other than Boichi. The main protagonist of the manga Ken Kitano has somewhat similar looks to that of Senku. However, the plot of the series is set up in the modern world where Ken is orphaned by his parents and is known for fighting in his school. The series also has a romantic angle since Ken is in love with his classmate Yumi. When Yumi decided to leave Japan in order to pursue her police career, Ken leaves behind everything and goes after her. 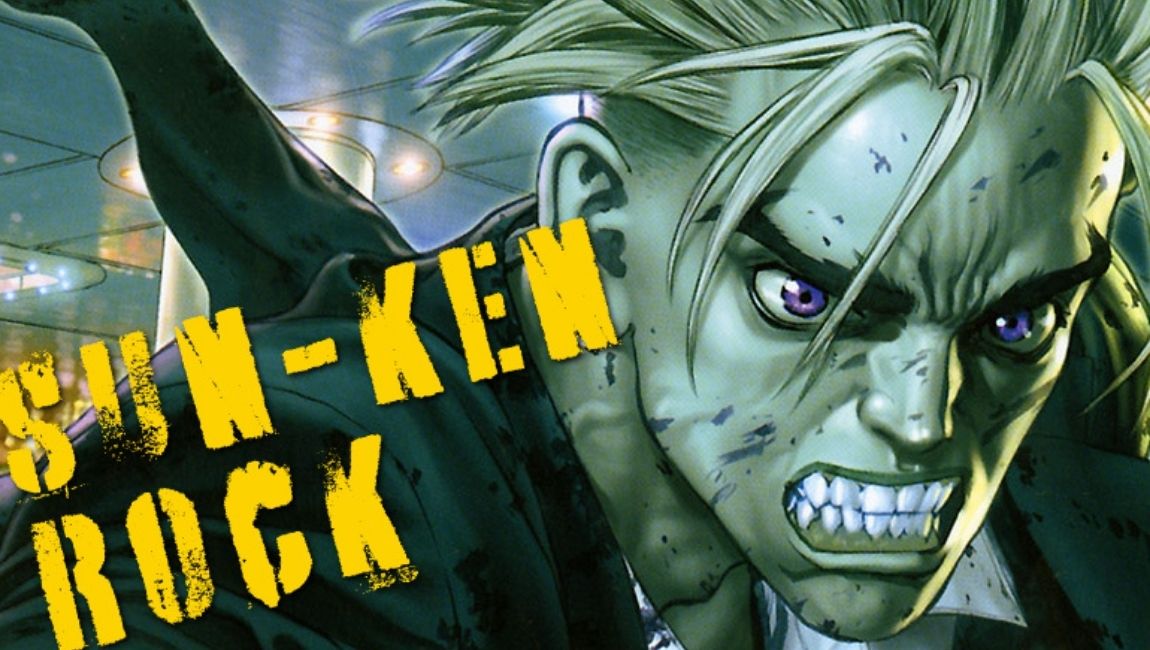 Sengoku Komachi Kuroutan! is a historical, shounen, slice of life, and supernatural-based manga series. The manga was created by Kyouchikutou and set up in older times when wars were prominent. Its protagonist is a young ordinary school girl who one day gets transferred to the Sengoku Era. Shizuko is learning agriculture in her school and lives with her grandfather, who is a skilled man. However, after getting slipped into history, Shizuko has to survive in this foreign yet familiar land with the knowledge of modern agriculture. The thing that makes it similar to Dr. Stone is the old era and Shizuko’s great knowledge of her major. 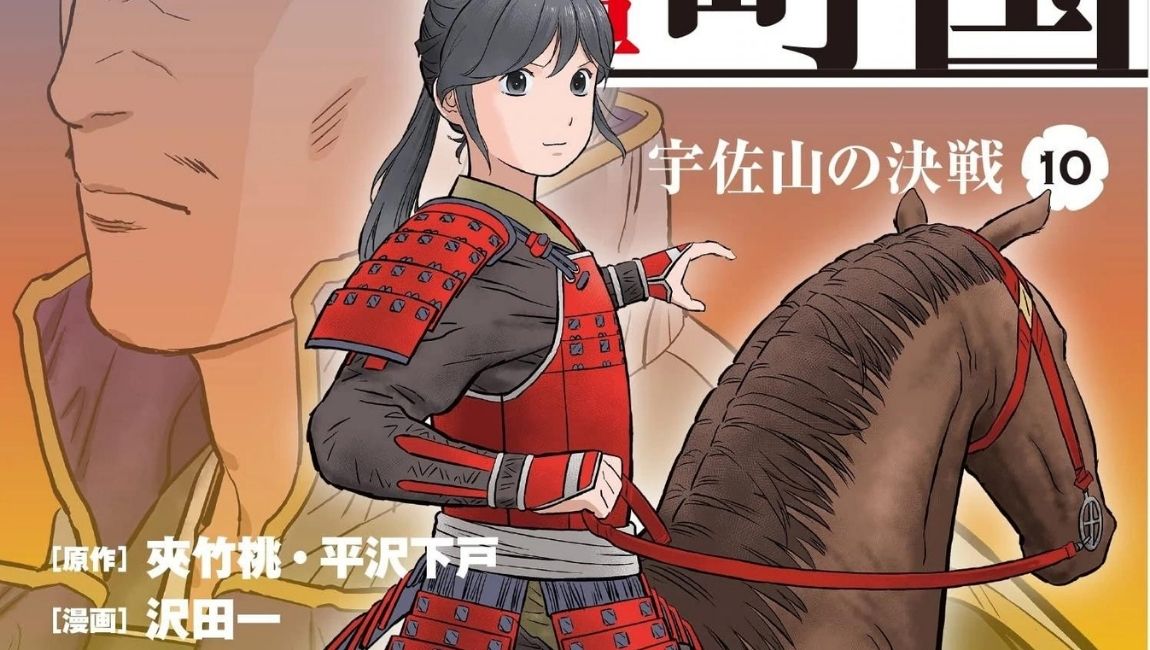 Isekai Yakkyoku is a Japanese manga series initially released as a novel then light novel series. Then it was later adapted into a manga series written by Liz Takayama and illustrated by Sei Takano. It was published by Kadokawa Shoten publications and serialized in ComicWalker manga magazine. The plot of the series will also take us to another reincarnation in a new world. Its protagonist is Kanji Yakutani, who, after working himself to death, gets reincarnated as a 10-year-old boy to another world. In that world exists guardian deities, magicians, and many magical things. The boy is very intelligent when it comes to chemistry and develops medicines in that world. 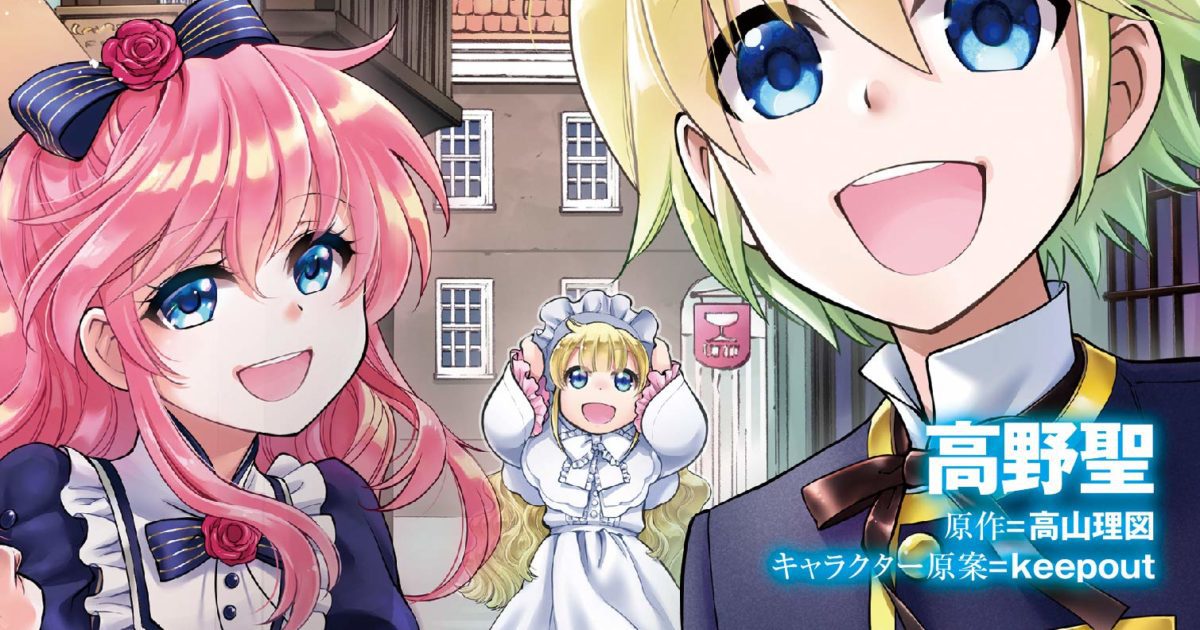 The name of the manga series Animal Land sounds like that of the comic kids used to read. However, it is not like that and is loved by many adults due to its similarity with Dr. Stone. It was written by Makoto Raiku and was published by Kodansha publications. It was serialized in Bessastsu Shonen Magazine and released on 9th October 2009. The series centers on a tanuki named Monoko, who is an orphan due her parents got killed by lynxes. She was living a very lonely life until she found a human baby named Taroza near the river. Monoko decided to raise that kid as her own kid and teach her all things that are necessary to survive in this world. 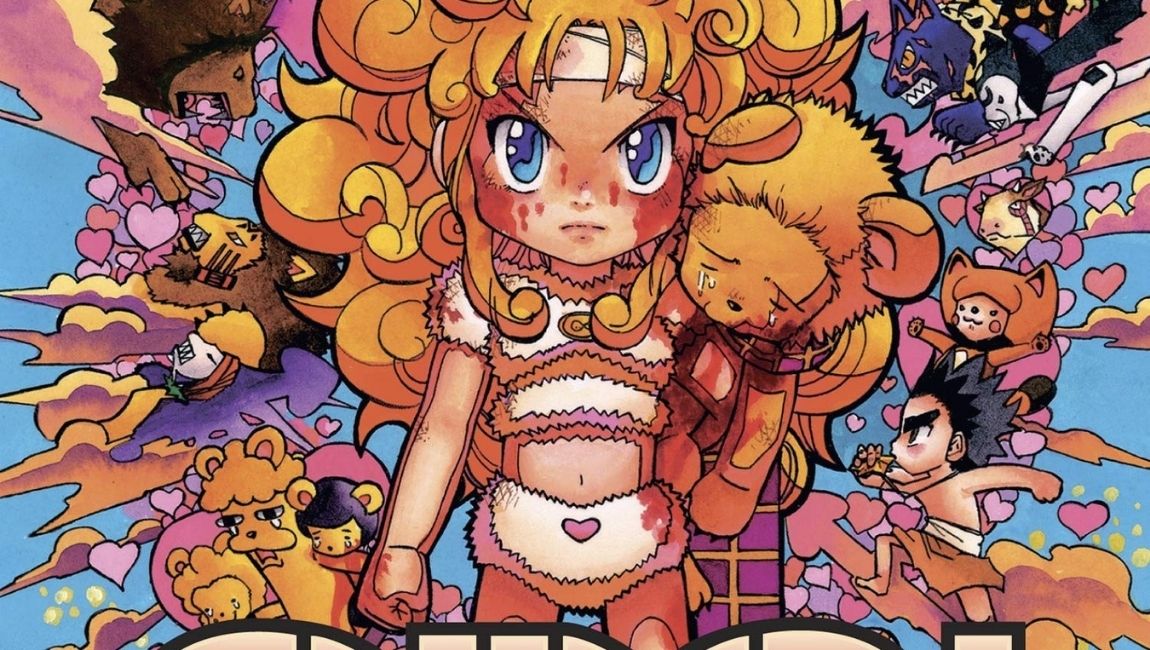 Genshi Shounen Ryuu, also known as Ryu the Cave Boy, can give you major Dr. Stone vibes due to its setup. The manga is super old and is set up in the stone age, the era of dragons and early men. After getting left behind by his villagers, Ryu was adopted by Monkey, who raised him between the animals. He was left behind because he was born white in a tribe of black people and hence considered a devil. The whole story centers on Ryu’s journey as he lives in between the animals searching for his mother. 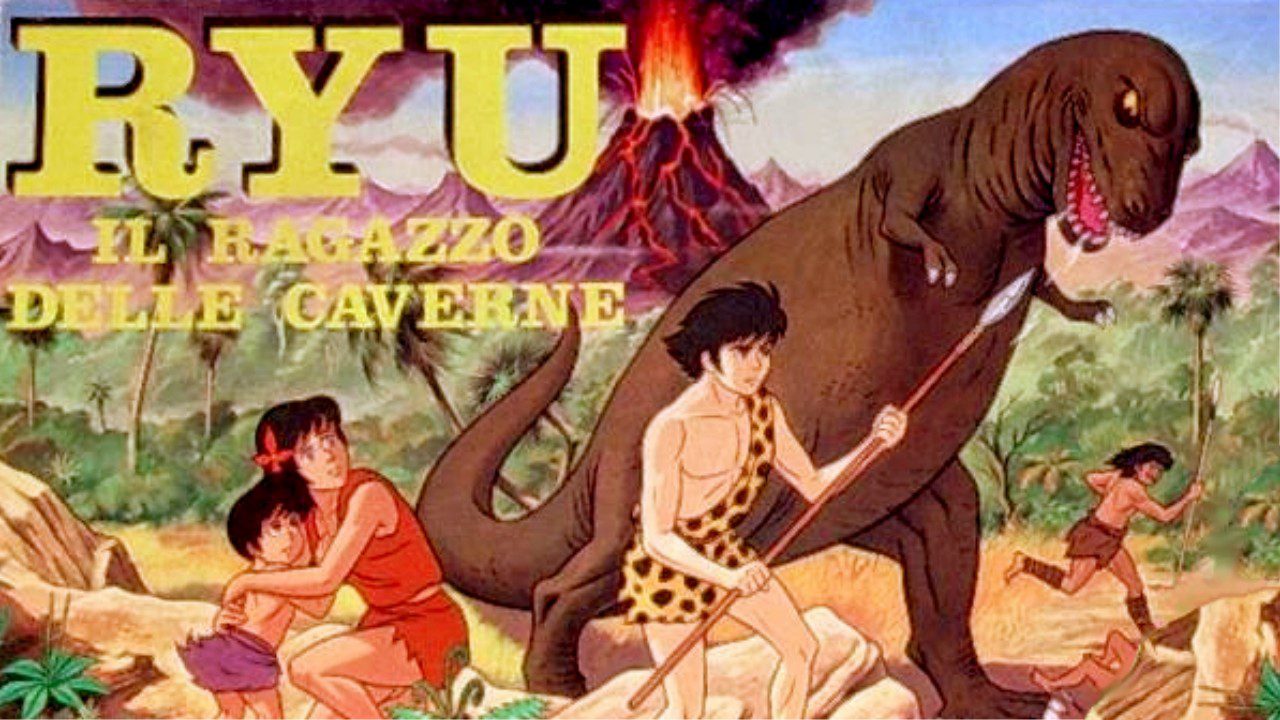 The next manga on the list is Drifters and is a japan based manga series written and demonstrated by Kouta Hirano. It covers the adventure, dark fantasy, and isekai genres. The manga was published by Shonen Gahosha publications and was released on 30th April 2009. Its main character is Shimaru Toyohisa, who is involved in the Battle of Sekigahara and manages to literally kill Li Naomasa. However, the series didn’t go really this simple as Toyohisa got reincarnated to another world. After reaching there, he ended up being a member of the group called “Drifters”.

3. The Ascendance of a Bookworm Part 1

Ascendance of a Bookworm is a manga series that is super popular among lovers of the Iskeai genre. It was initially released as a novel series later as a light novel, and then it was adapted into Manga series. The manga was released in 3 parts and was written by Suzuka while published by TO Books publications. The plot goes around the life of a book lover young girl named Urano Motosu. She was living a normal life while reading books until she died getting crushed under books due to an earthquake. When she died, she wished to get reincarnated into a world full of books, but the absolute opposite happened. She is reborn into a world where books are scarce and only available for nobles. 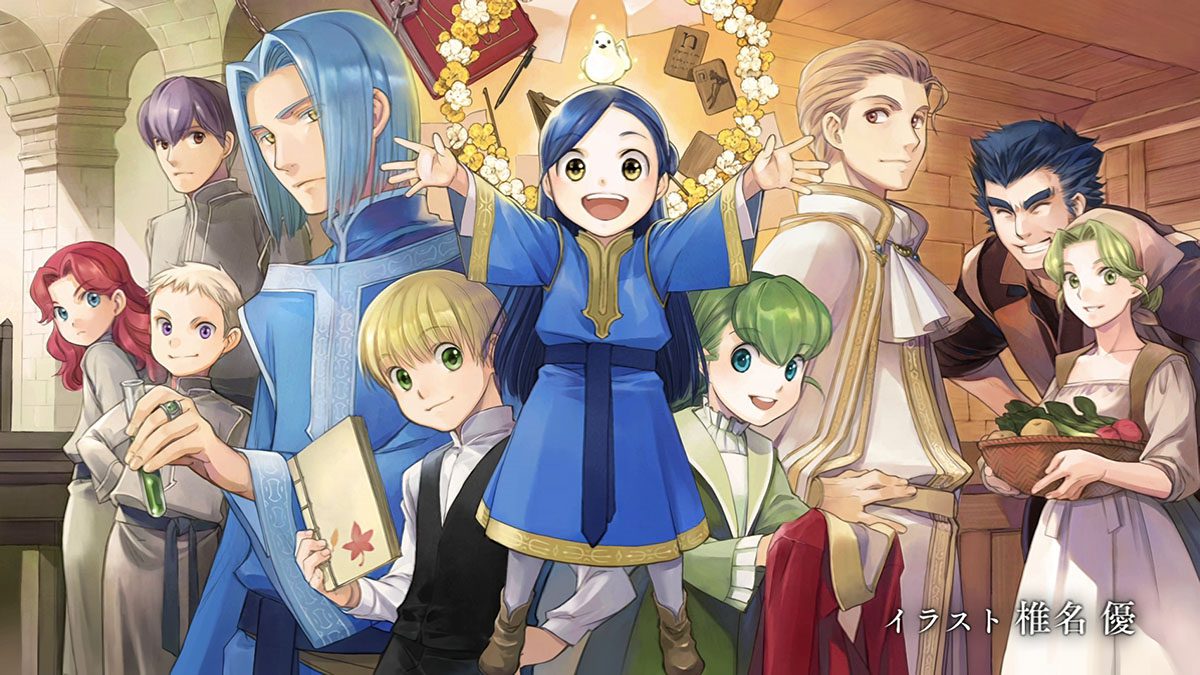 The ascendance of a Bookworm Part 1

The manga series Isekai Kenkokuki is a fantasy manga series that was written by Sakuragi and Sakura while illustrated by KOIZUMI. It was published on 19th September 2017 and is still ongoing. As the name suggests, the series gives isekai vibes more than shonen like Dr. Stone. However, it is similar to it since the protagonists of the series are very intelligent and possesses vast knowledge like Senku. He got reincarnated into a fantasy world as an abandoned child who is struggling to survive in the world alone. But due to having vast knowledge, he befriended other children like him and taught them new things and skills. 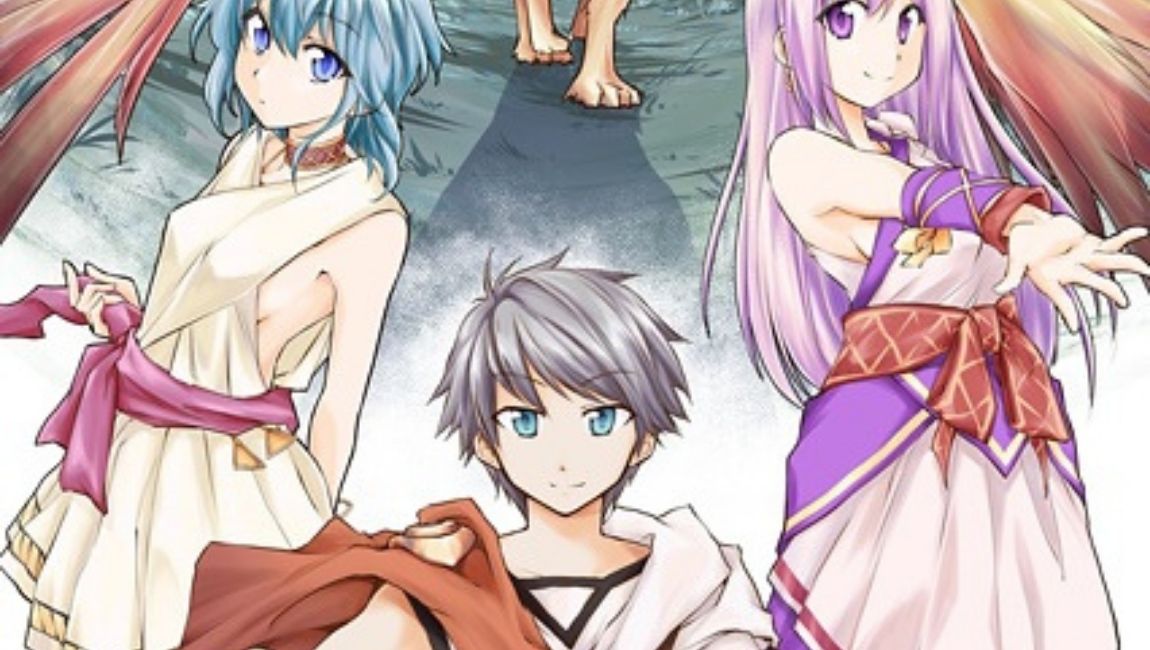 Last but not least, Jyu – Oh – Sei is a manga series by Natsumi Itsuki. It was published by Hakusensha Publications and has serialized on LaLa, Melody manga magazine. The manga was released in December 1993 and published till January 2003 and has been collected into five tankobon volumes. It is also adapted into anime series, so if you want to see the picturization, then you can also go for it. 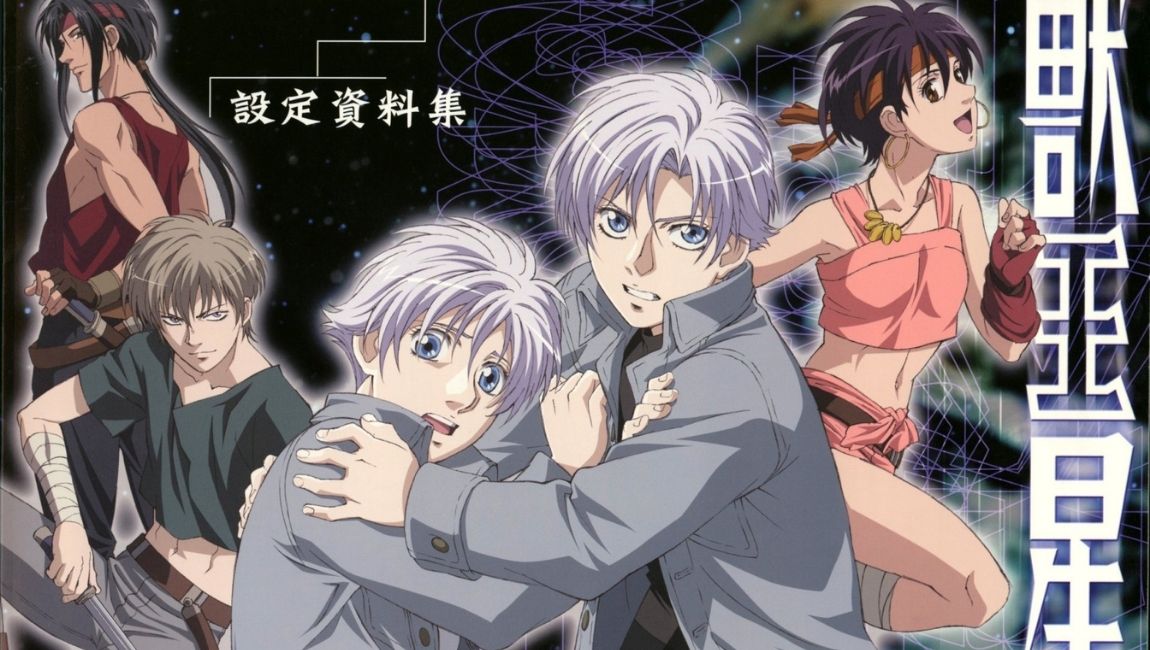 The thing that makes it similar to Dr. Stone is its plot that is now based in the older times but gives a strong display of science fiction. Its been three hundred fifty years since humans have established the Balkan Star. The main characters of the manga are Two 11-year-old twins who go through intergalactic adventures.