Cosplay, or costume play, is a kind of performance art in which performers, known as ‘cosplayers,’ use fashion accessories and costumes to impersonate a fictional character in order to express themselves. Cosplayers interact to form a subculture, and the word “cosplay” may also be used to refer to role-playing.

In cosplaying, you need to know the character in and out to represent that character in social media or any other platforms. It comes along with the need for various art forms, be it makeup, stitching, and then building up the energy of the character. We were eagerly in search of cosplayers who could help us get connected to the world of cosplaying; that’s where we met Riiyuukii.

Calling Riiyuukii a Cosplayer is an understatement since she is also a very hardworking cosmaker. She has created several props for her cosplays which range from something as simple and cute as cat ears to something as complicated as wooden swords from scratch. She began cosplaying in 2014 and has since been continuing to do so, presenting brilliant cosplays one after the other. We felt the need to interview Riiyuukii not just to know about cosplay but also so that young and aspiring cosplayers can learn from her experiences and feel inspired to work harder. When we reached out to her, she was very open-minded about it and fortunately agreed to the interview. 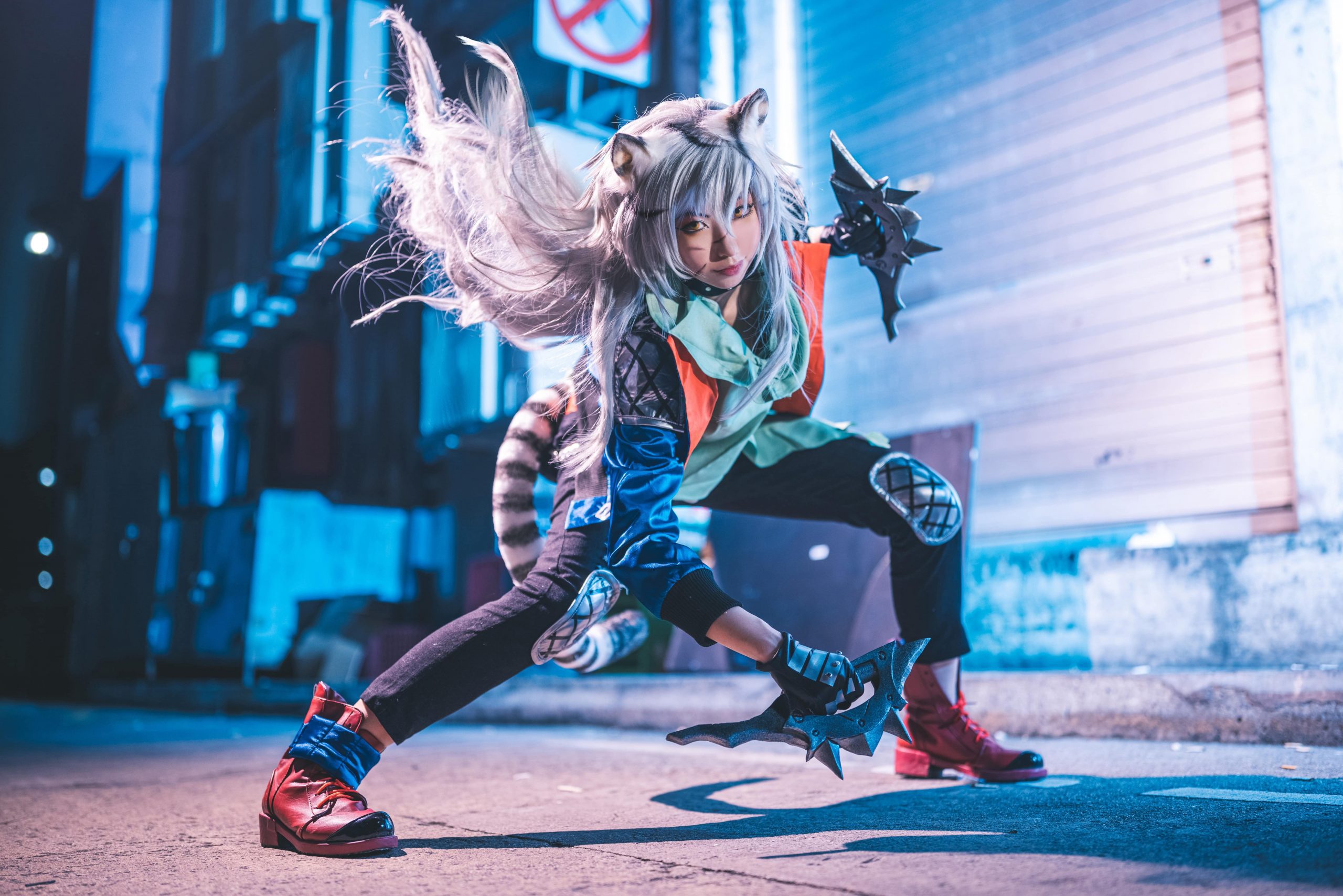 Here is our full interview with Riiyuukii, where she talks about cosplaying and cos making.

Question: Would you like to introduce yourself to our viewers before we begin the interview?

Riiyukii: Hi! My name is Riiyuukii; I am a full-time cosplayer from Singapore. I’ve been cosplaying for about eight years now, and it all started from my interest in making costume weapons come to life! I quit my full-time job a few years ago to try and pursue a career in cosplay~

Question: Hi Riiyukii, among the other millions of professions, what attracted you to cosplaying?

Riiyukii: I made a few leagues of legends weapons, and I saw other girls online that looked really pretty in their cosplay (one could say I was simping). I used to be a super big fan of Jessicanigri, haha. And I thought it’d be really cool to just showcase my weapons in cosplay events by cosplaying the characters!

Question: You’ve been a cosplayer for a while now, So what are the challenges that you faced as a cosplayer?

Riiyukii: Learning how to style and cut wigs was one of the biggest challenges for me. I am not good with wigs; I’m still learning today.

Question: Now that you have an experience in the world of cosplay, could you share one of your precious moments where your profession felt more worthwhile than ever?

Riiyukii: My first time being a guest at a convention booth was definitely the most unforgettable moment.

Question: You have had so many experiences, but what was the source of inspiration that lit the spark for choosing cosplaying as your profession?

Riiyukii: I look up to people like Kinpatsu, Kamui, and YayaHan a lot. I really love their craftsmanship, and it inspires me to be as good as them one day.

Question: Cosplaying comes up with numerous challenges and negativities. So did you ever think of giving up being a cosplayer?

Riiyukii: Being a cosplayer, probably not. But many times, I have thought that maybe I should not make cosplaying a full-time job. It is a little harder these days, with the online scene being more prominent than it ever has been. The cosplay market has never been so saturated.

Question: Among the number of cosplays you have done. What do you think was the most fun character and you have enjoyed cosplaying the character the most? 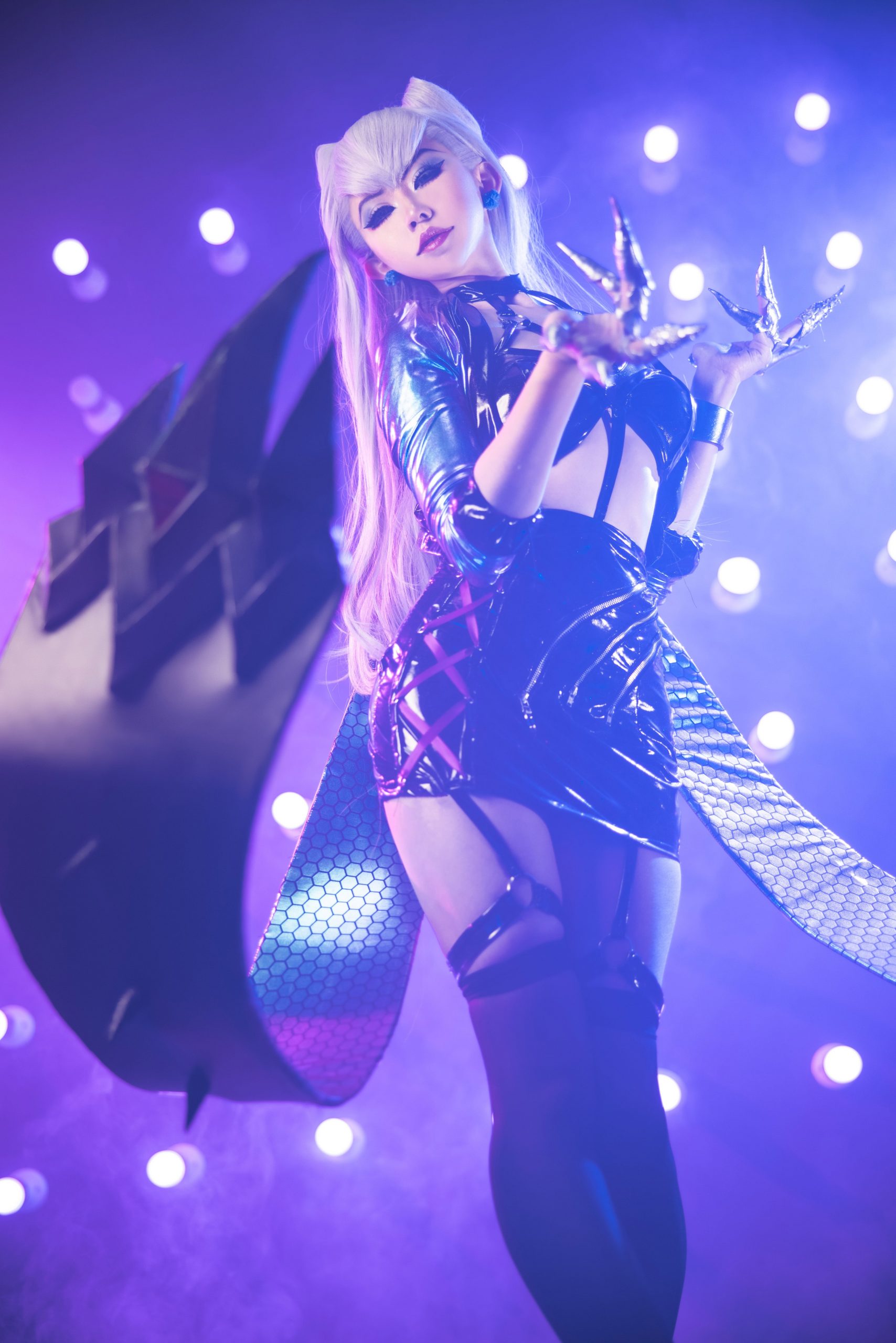 Question: Also, what cosplays do you think were the hardest while creating?

Question: We have asked you enough cosplay-related questions. Now tell us about your favorite anime and TV Shows?

Riiyukii: I’m quite essential, and I don’t think I have an anime I particularly love. I think my all-time favorite anime is still Naruto and probably Demon Slayer or Kakegurui! As for my favorite TV show, probably ‘Big Bang Theory,’ ‘What we do in the shadows’ and the ‘Harley Quinn’ animated series

Question: Other than cosplay, what other professions interest you?

Question: How long have you been attending conventions? How big of a con have you gone to in your life?

Riiyukii: Yes yes, definitely. The biggest con I’ve been to was C2E2. It was so much bigger than the conventions in Singapore, it took me so long to cover all grounds, and it was honestly so fun! But I was definitely exhausted after just a day.

Riiyukii: I love cosplaying the really sexy and crazy, like Shuten Doji and Harley Quinn; even though Singapore is very reserved, I think it’s cool and fun to break the norms. I remember the first time I wore the Shuten Doji costume; everyone was shocked, haha. I don’t know; it’s just really fun! I feel almost close to no boundaries; I can be as crazy as I want to (as long as I don’t do anything illegal). It feels like a different way of expressing myself.

Question: Now that we are coming to the end of the interview. Could you tell us what other characters you are planning for cosplaying in the future?

Riiyukii: I am currently working on FGO Fairy Knight Tristan and Kronii from Hololive! Yes, I’m super excited!! Both of their designs are so intriguing and Detailed!

Question: What is your favorite aspect of cosplay? Is there a specific reason for your devotion to it?

Riiyukii: The part of “Playing” is my favorite. It also keeps me hooked. I love every aspect of cosplay, from creating the costume to the Playing of the character. It’s just so refreshing to cosplay. It also makes me feel very accomplished and satisfied when I have a photoshoot of a character I really love, and the results are just breathtaking (thanks to my photographer @zpeaktures)

Question: You’ve come a long way from your humble beginnings, but do you have any advice for aspiring cosplayers or those who are contemplating cosplay as a career but are hesitant due to adverse reactions?

Riiyukii: Just try it! Don’t worry about looking bad for your first time because I looked like goth Asuna at my first cosplay convention! Taobao, your costume! It’s totally fine to do that! Get yourself a makeup palette that has every color of the rainbow; it’ll save you a lot of money. And most importantly, just have fun!

It was a great interview and really insightful as well. Would you like to link your social media profiles at the end of the interview?

Chris Evans Net Worth: How Rich Is The ‘Captain America’ Actor in 2021?