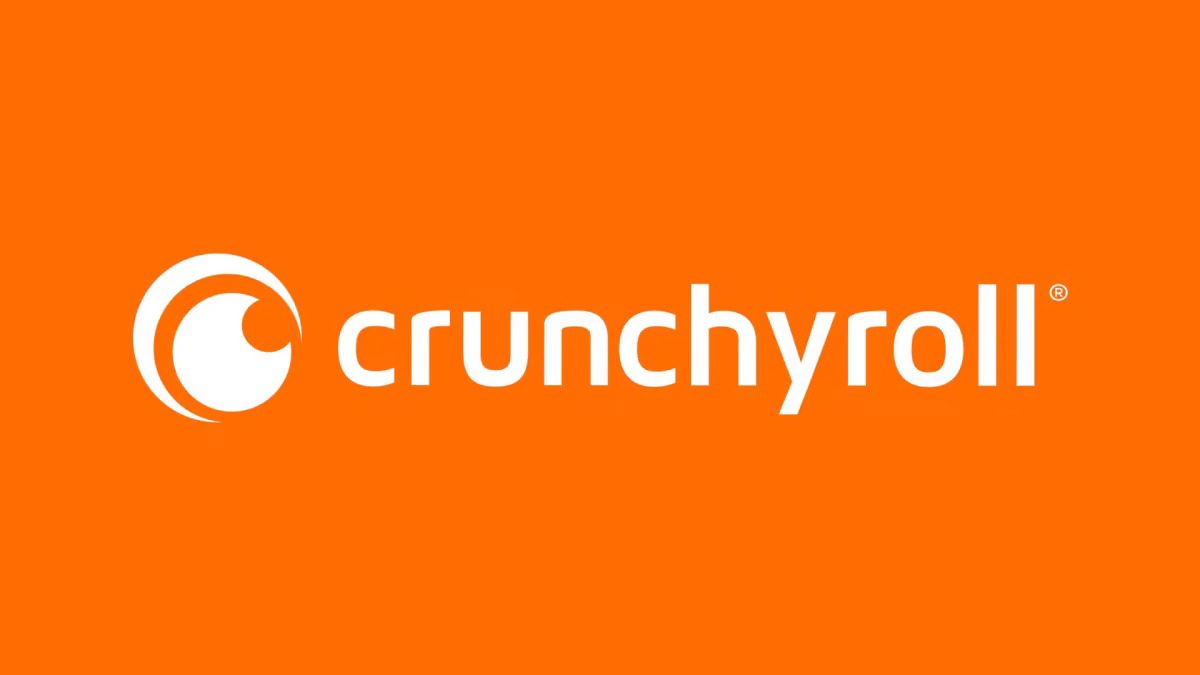 Great news for fans who prefer dubs over subbed anime! On April 11th, this Monday, Crunchyroll announced that 23 anime will be getting their English dub debuted soon! Though, English dubs have an infamous reputation in the anime community, many believe that dubbed anime is as good as watching with subs – minus the hard work! In fact, dubbed anime is far more famous as memes and references online, and that is what is unique and special about it. Many things popular in otaku culture go viral because of the amusing voice acting!

Along with English dubs, we are getting many Portuguese dubs for some new anime of the season as well. The following is the list of anime that will soon be getting their English dubbed versions streamed on Crunchyroll. Among them are some highly awaited series like Kaguya Sama Love is War Season 3 and the latest production animated by MAPPA, Dance Dance Danseur.

Plot: Aharen-san wa Hakarenai follows the story of an odd couple – Raidou and Aharon. Their friendship starts strangely when Raidou picks up Aharen’s eraser, and the latter misinterprets the action. 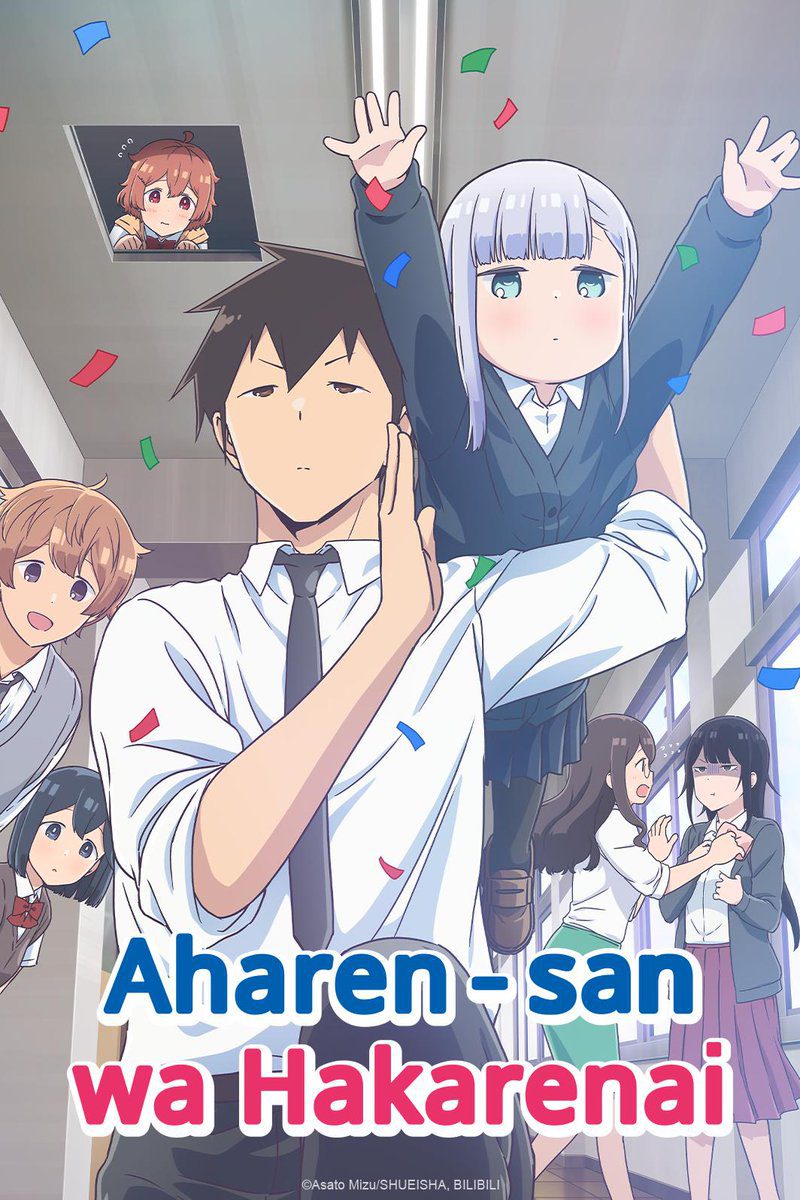 She then concludes that the two of them are going to be best friends. However, as the series follows, we can see that even the simplest of tasks can prove to be extremely difficult for the odd duo.

Plot: After reaching its peak, the world’s population has begun to decline. The “Supernatural Renovation Project” divides Tokyo into many Cluster neighborhoods separated by towering walls, each with its own genetically modified populace overseen by artificial intelligence. 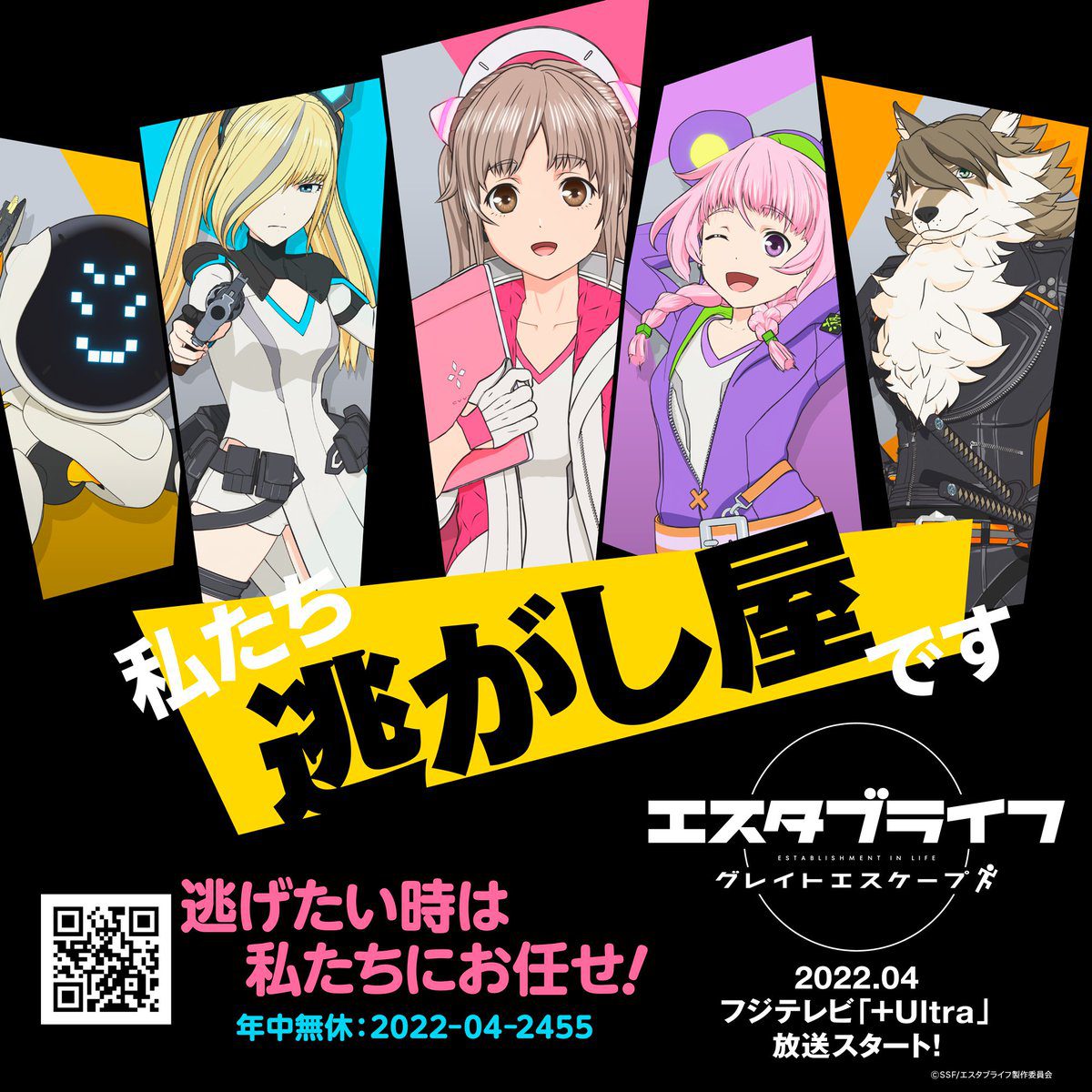 The majority of individuals live their lives in their little Clusters, blissfully unaware of the rest of the world. Some people, on the other hand, want to go to the other Clusters. Nigashiya, an outcast, assists individuals who seek to flee.

3. Science Fell in Love, So I Tried to Prove It

When Ayame admits to Shinya that she might be in love with him, they both agree that they need to conduct scientific studies, which will include measuring their pulse rates in various settings. Their study group’s oddball co-workers participate in the fun as well. 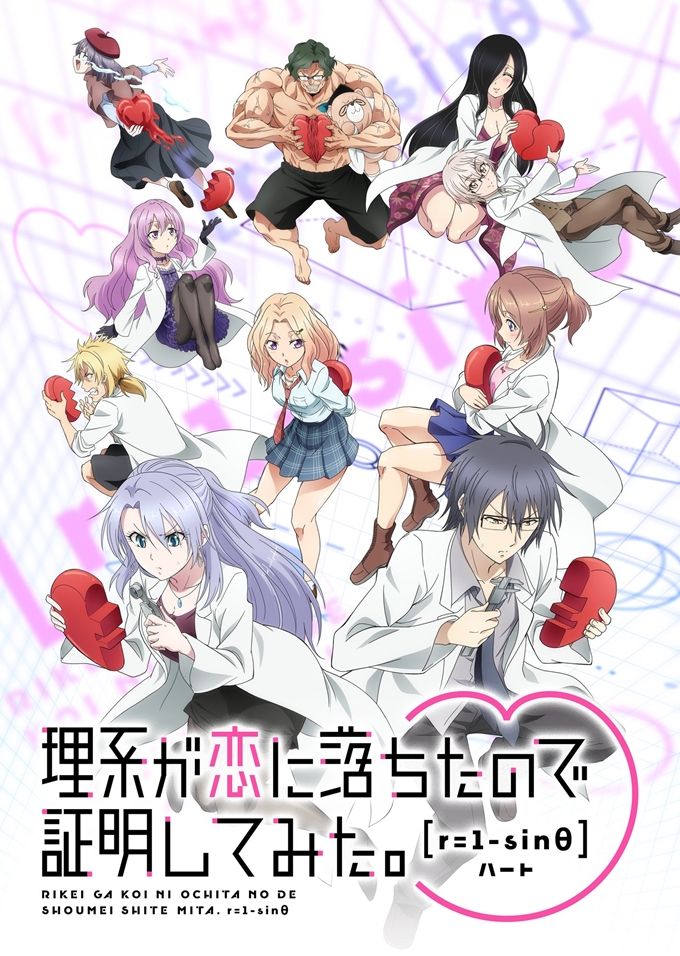 Science Fell in Love, So I Tried to Prove It

Plot: The plot revolves around the members of the Nijigasaki School Idol Club and their efforts to keep the club alive. 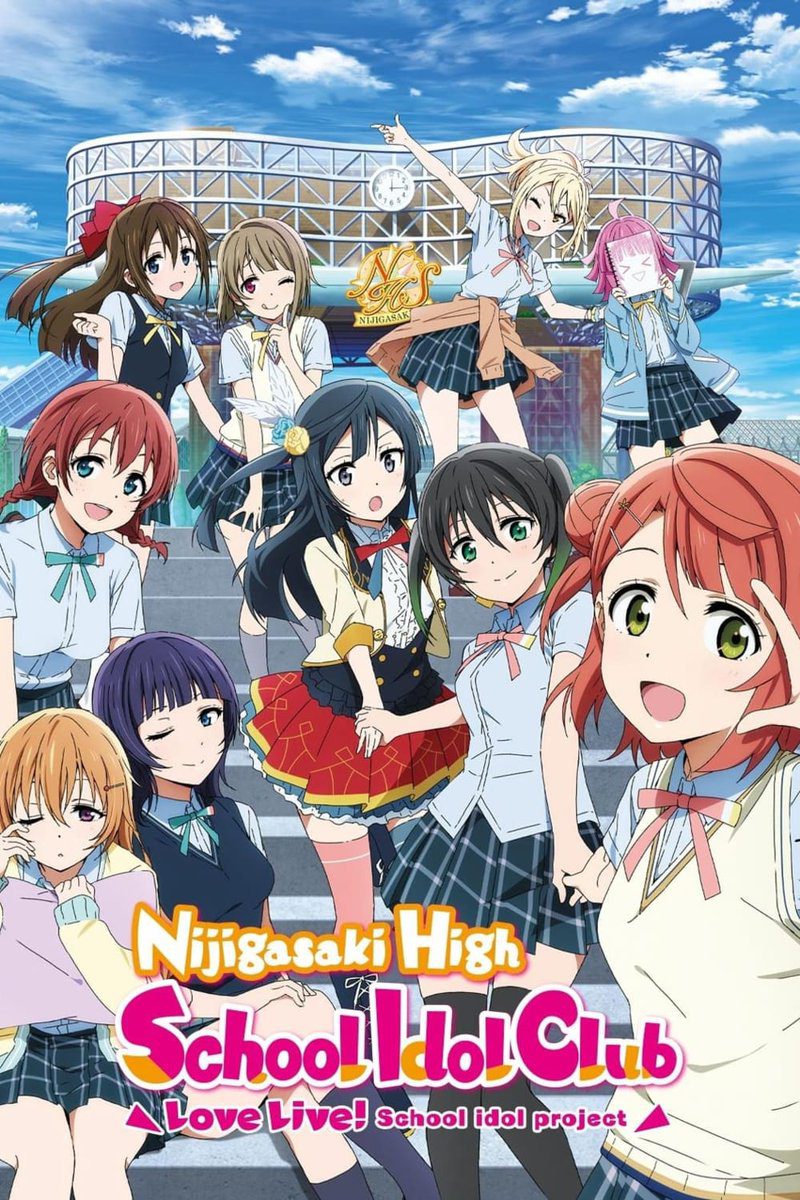 5. Trapped in a Dating Sim: The World of Otome Games is Tough for Mobs

Plot: The plot centers around Leon, the protagonist, who disrupts this otome gaming world by utilizing his previous life’s knowledge of the game, discovering a cheat item Luxion, and enrolling in the Holtfort Academy. 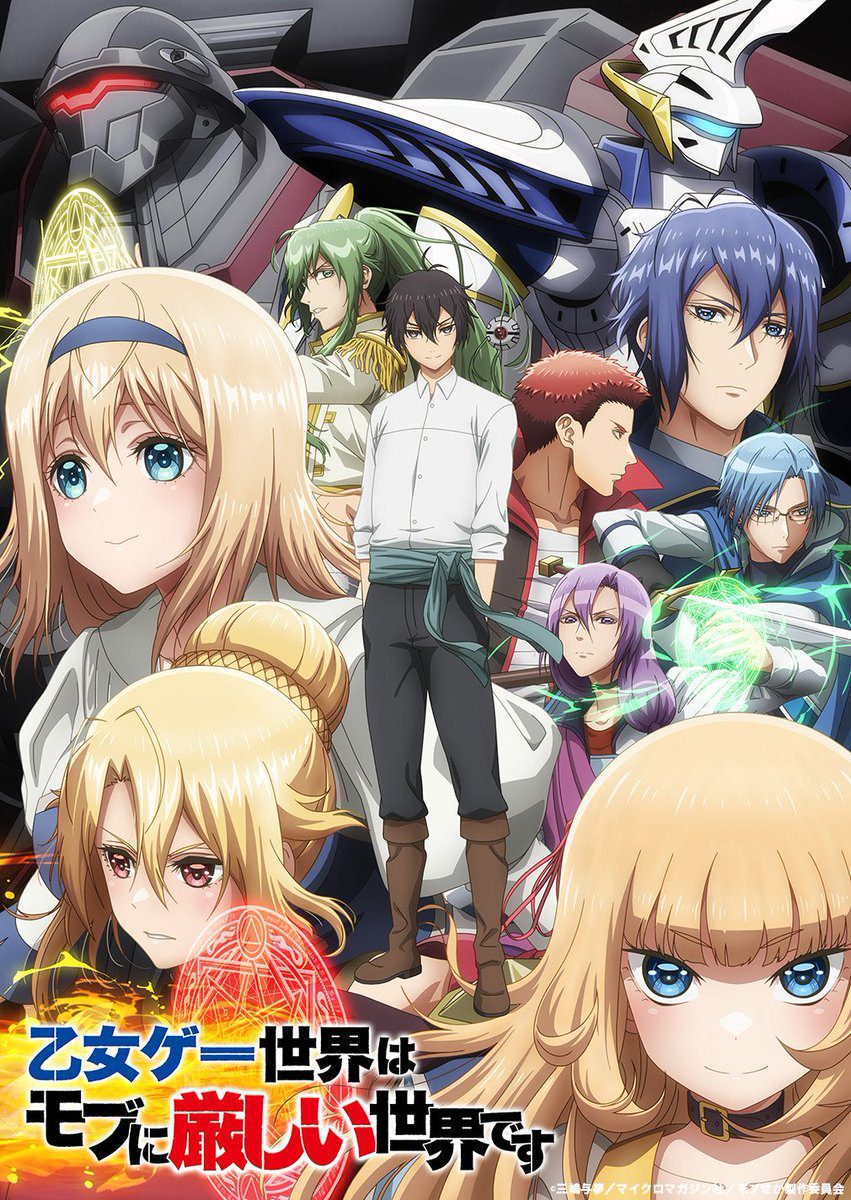 Trapped in a Dating Sim: The World of Otome Games is Tough for Mobs

He tries to live a normal life, but his activities lead him to become involved in a variety of plots, all while mixing with the nobility and other characters of this otome game.

Plot: Yichi Katagiri is a young man with perfect student life and four companions who, unfortunately, unlike him, have hard lives. When an amount of 2 million yen goes missing during a school trip, Yichi’s quiet daily existence comes to an end. 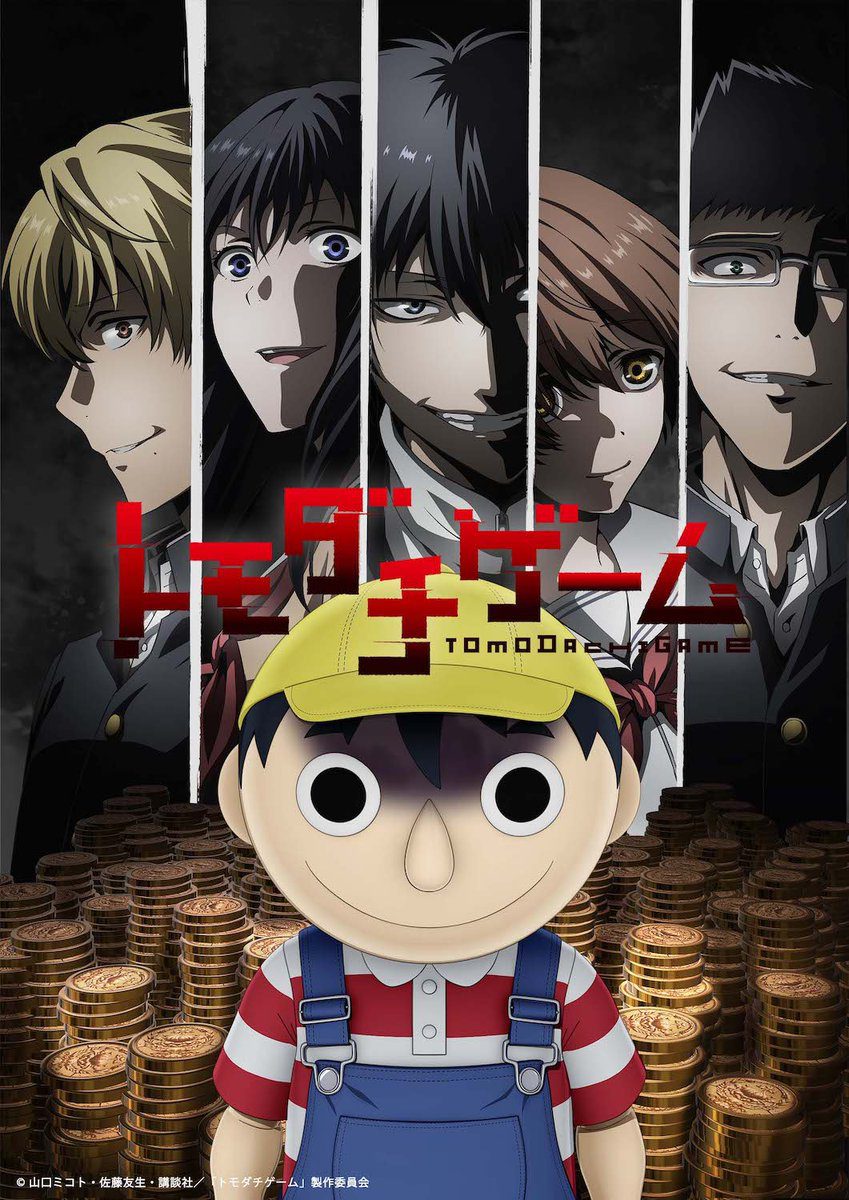 As Yichi becomes entangled in a mystery money game, he must determine whether friendship or money is more important.

7. The Rising of the Shield Hero Season 2

Plot: Naofumi Iwatani, a laid-back Japanese teen, was summoned into a parallel world alongside three other young men from other universes to fight inter-dimensional armies of monsters known as Waves as the world’s Cardinal Heroes. 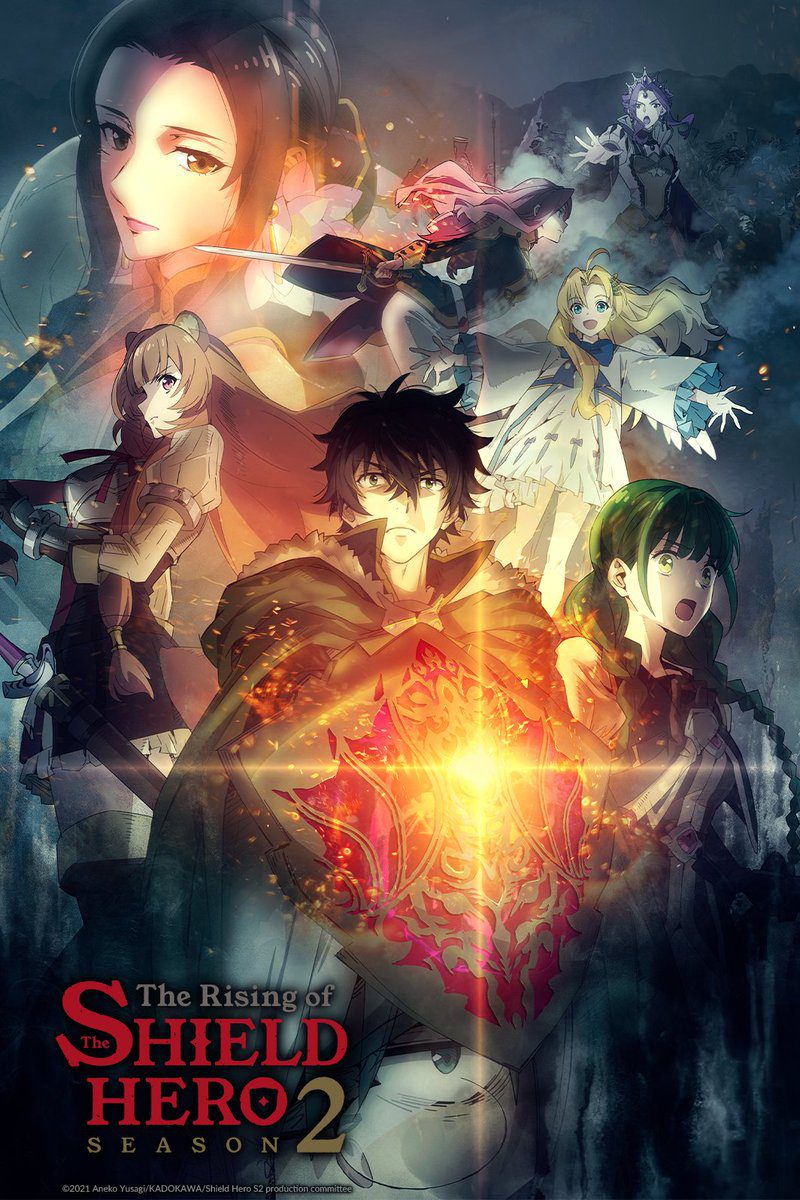 The Rising of the Shield Hero Season 2

8. The Greatest Demon Lord is Reborn as a Typical Nobody

Plot: Demon Lord Varvatos was an all-powerful magic user and ruler. However, he was lonely following the deaths of his friends and loved ones during his ascent to power. So in his final moments, he cast reincarnation magic to have a second chance at just being a regular guy. 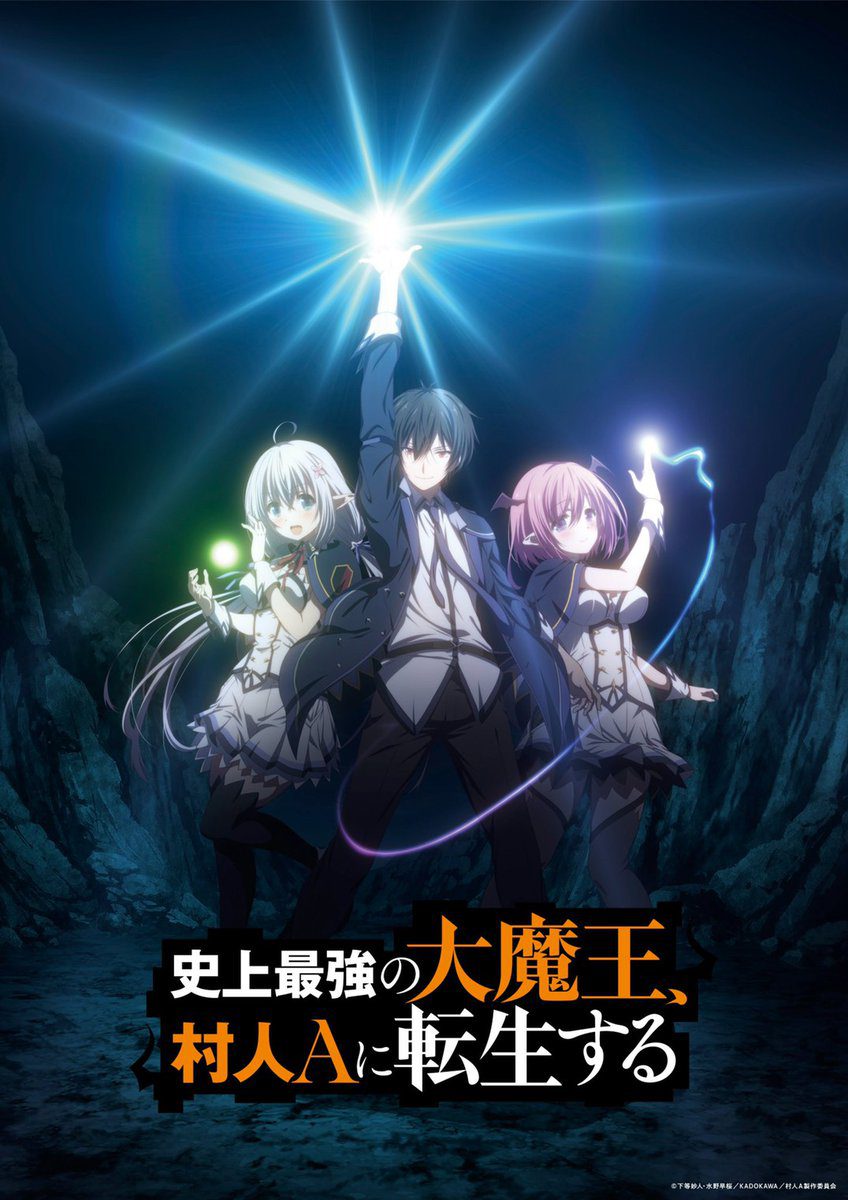 The Greatest Demon Lord is Reborn as a Typical Nobody

The spell works, and he has resurrected thousands of years later as a villager named Ard. Unfortunately for him, his memories were intact, and he has no idea how much he had lost in the time he hadn’t existed.

9. Skeleton Knight in Another World

Plot: Skeleton Knight in Another Realm is a light novel series that tells the story of a gamer who transforms into a skeleton and becomes trapped in a separate world of online games. As a result, we follow his escapades and misadventures on another planet. 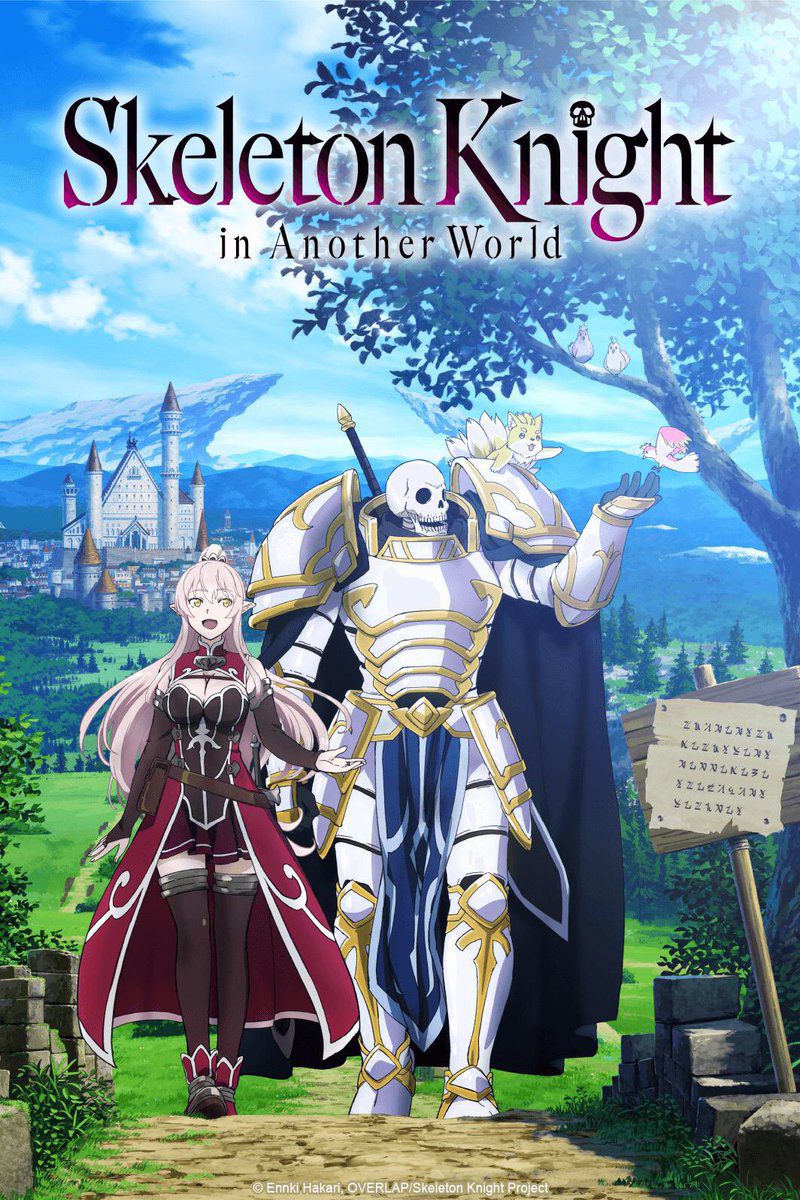 Skeleton Knight in Another World

Plot: Saybil, a young student in a magic school, has lost his memories. He encounters a silver-haired woman who promises him ‘special training’ because he has nothing to guide him to clues about his prior existence. 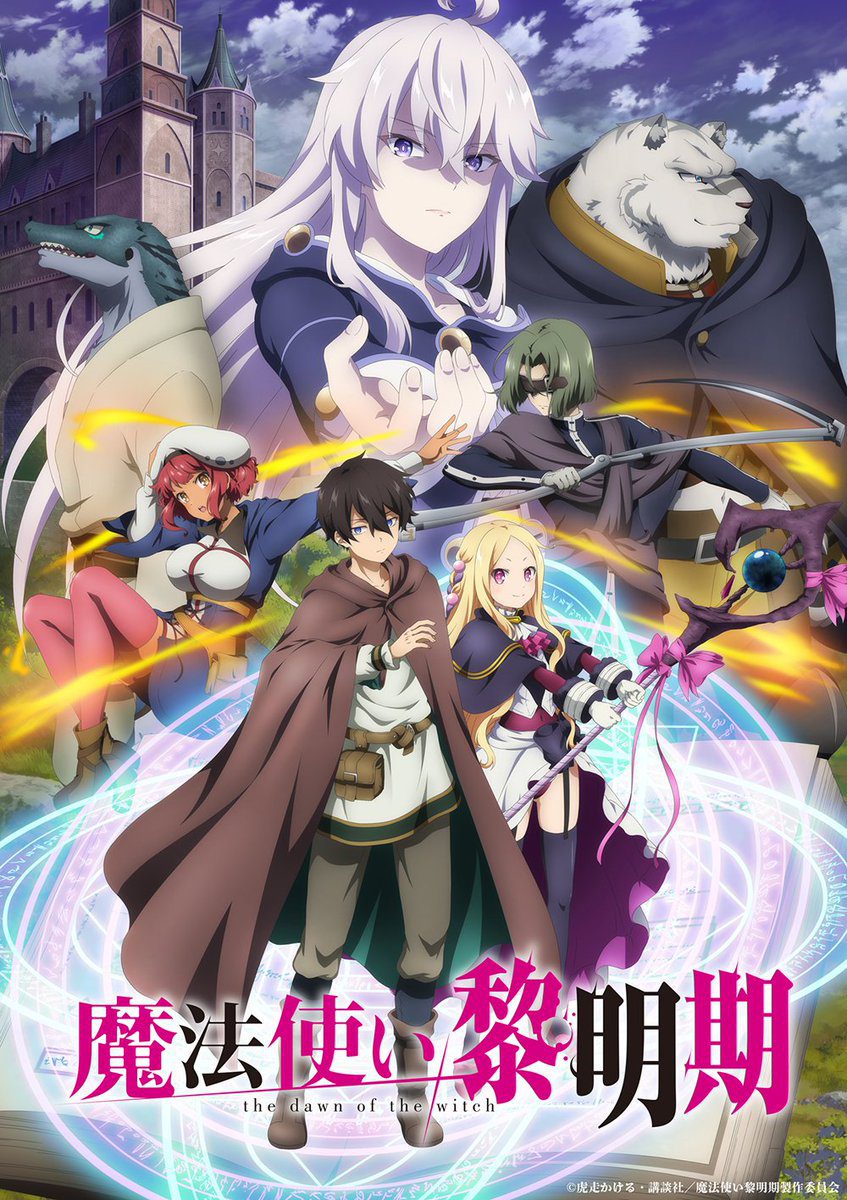 The Dawn of the Witch

However, secrets are lying behind the promise, and everything is not what it looks like on the surface.

Plot: Hiyori Suzumi is a high school girl who joins the LIPxLIP high school idol unit as a manager-in-training. Hiyori left her hometown to pursue her passion for track and field at Sakuragaoka High School in Tokyo. 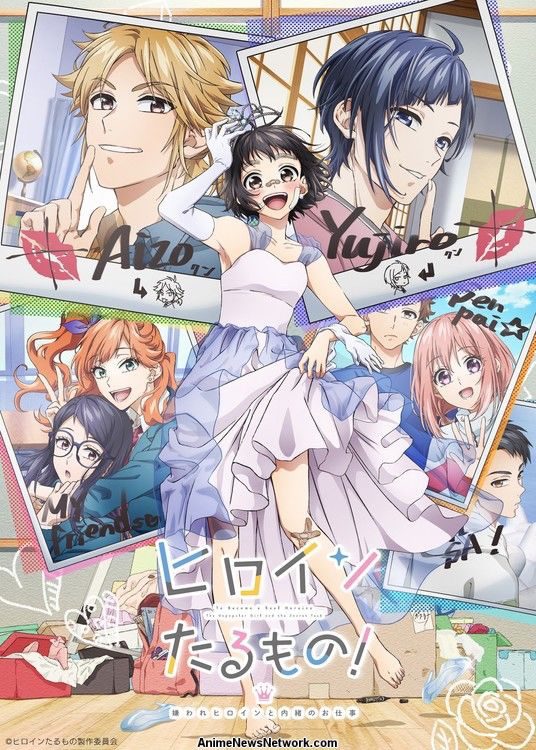 She ends up working as an apprentice manager for her classmates (and LIPxLIP members) Yjir Someya and Aiz Shibasaki while looking for part-time employment in Tokyo.

Plot: Kaguya Shinomiya and Miyuki Shirogane are two geniuses who serve on the student council of their exclusive academy, making them the elite among the elite. However, with such a position also comes a lot of pride, and we follow their lives as we see they have fallen for each other. 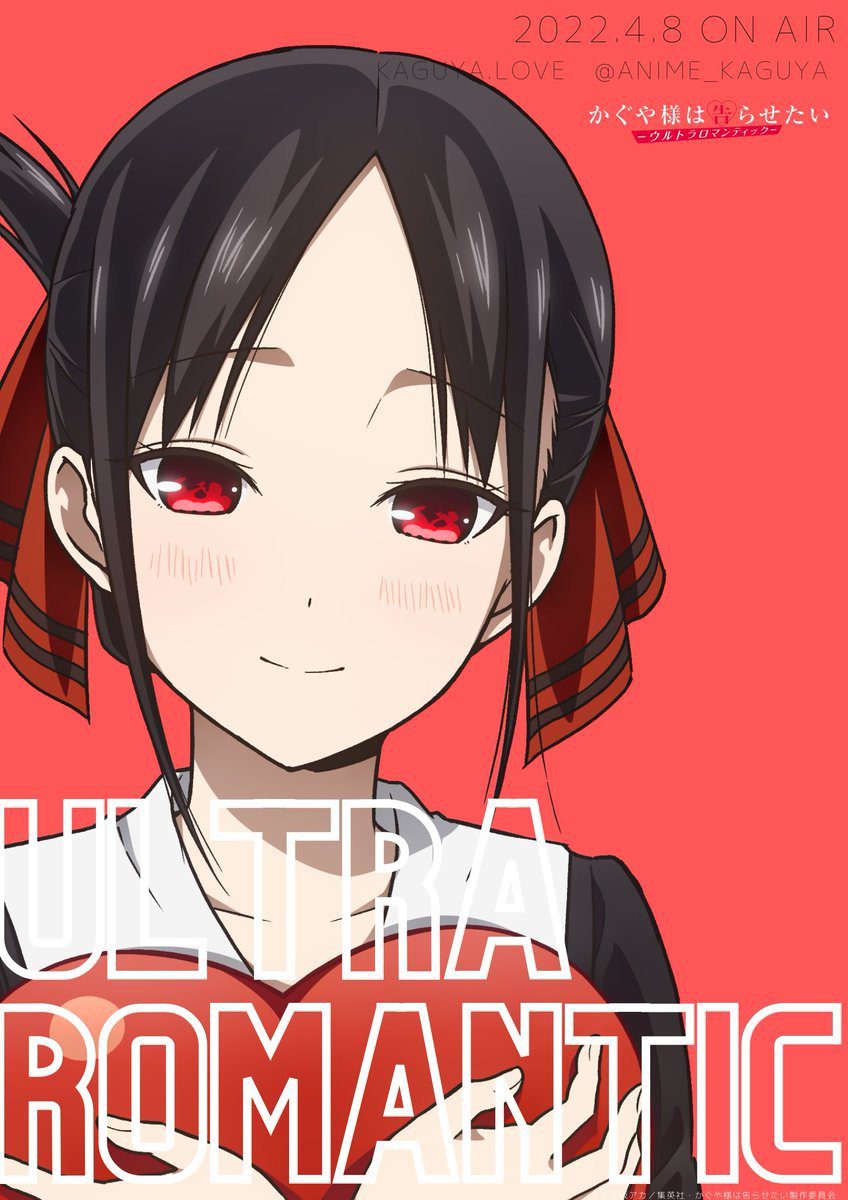 There’s just one major stumbling block to their happily ever after – they are both too proud to be the first to admit their love and hence are stuck in an unspoken game.

Plot: Itsuka Shido, a little kid, meets a spirit girl who has been rejected by the world. Shido names the daughter Tohka, and she is the same girl who wiped out much of humanity 30 years ago and is now returning. Dating her is the only way to stop her. 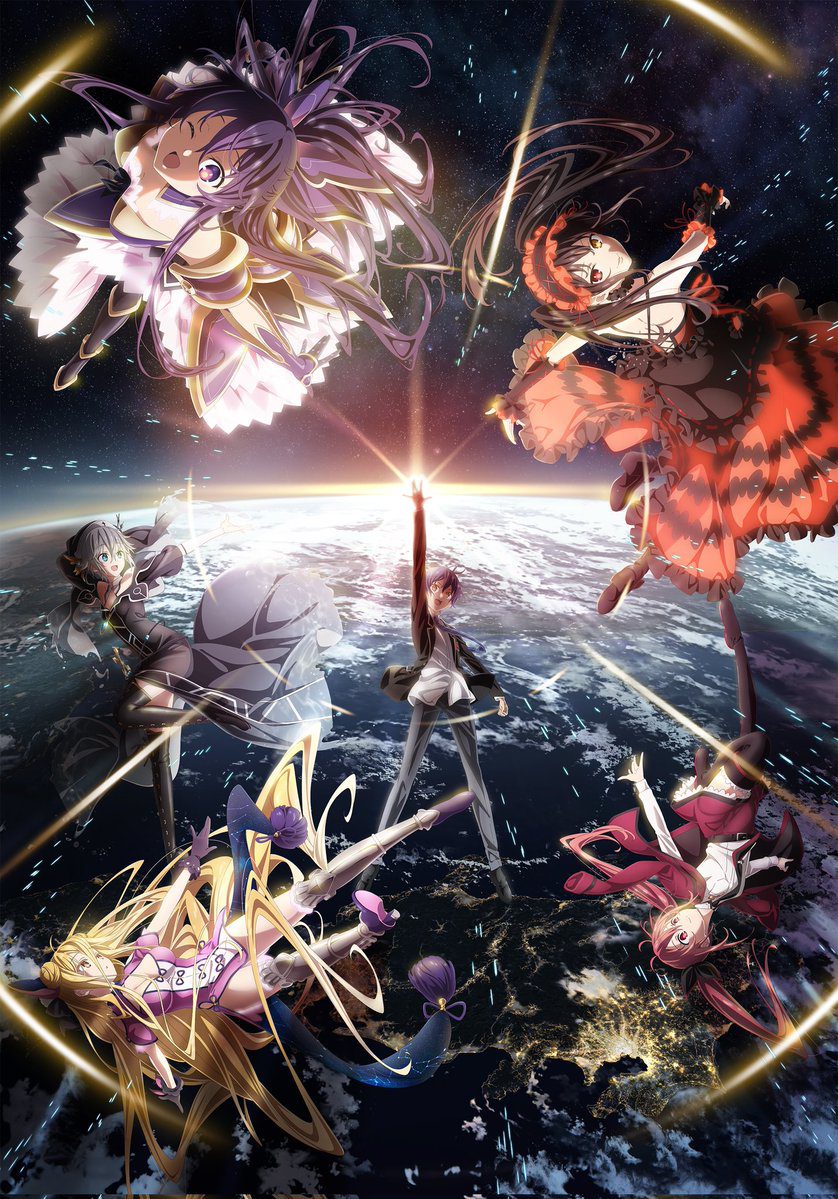 Plot: Desumi Magahara and Fudo Aikawa are in love. There’s just one minor problem: they are mortal enemies. Desumi is the reaper princess of the evil organization Gekko, and Fudo is the red ranger and captain of the fighting force Gelato 5. 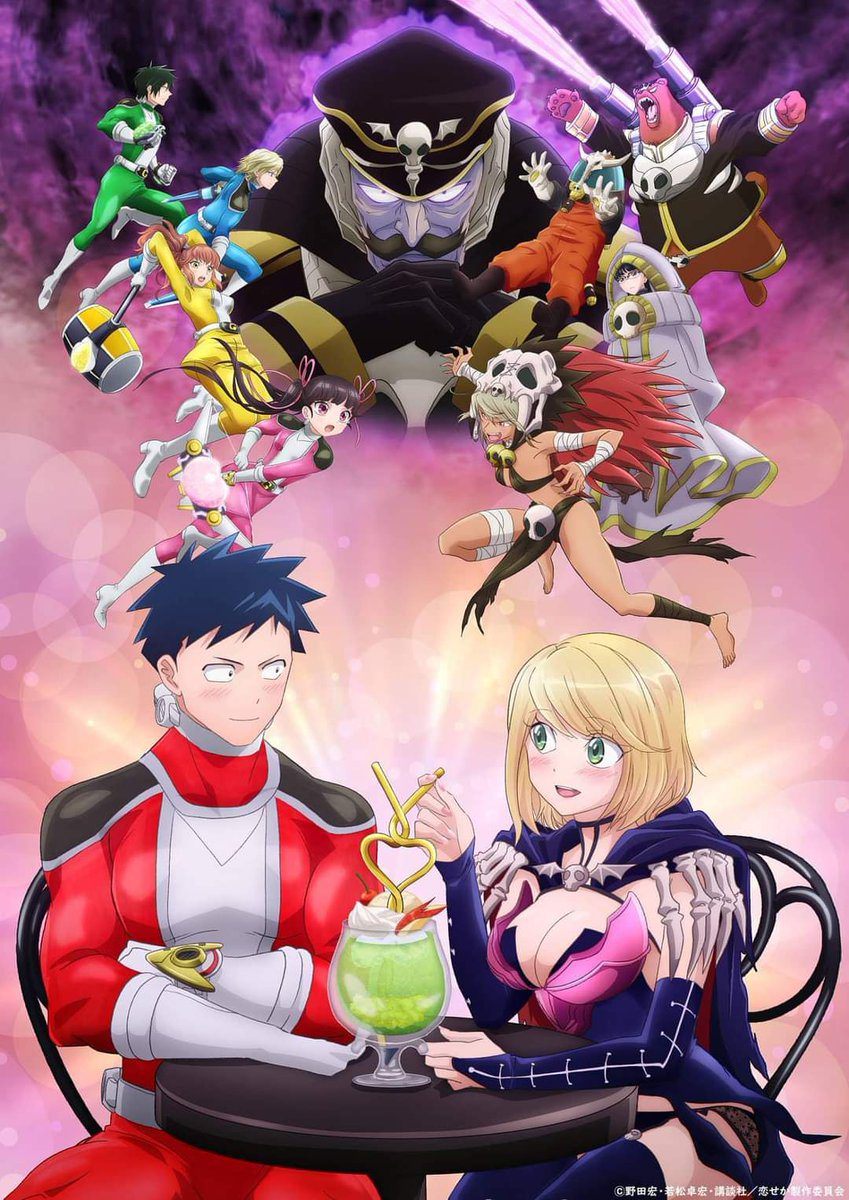 Worse yet, neither of them has ever been in a committed relationship. They must keep their developing romance hidden while learning how to be in a relationship and balancing their real-life duties.

15. Shikimori’s Not Just a Cutie

Plot: Shikimori appears to be the ideal girlfriend: pretty, enjoyable to be around, and sweet when she wants to be, but she also has a cool dark side that comes out when the situation calls for it. Izumi, her boyfriend, enjoys being present when this occurs. 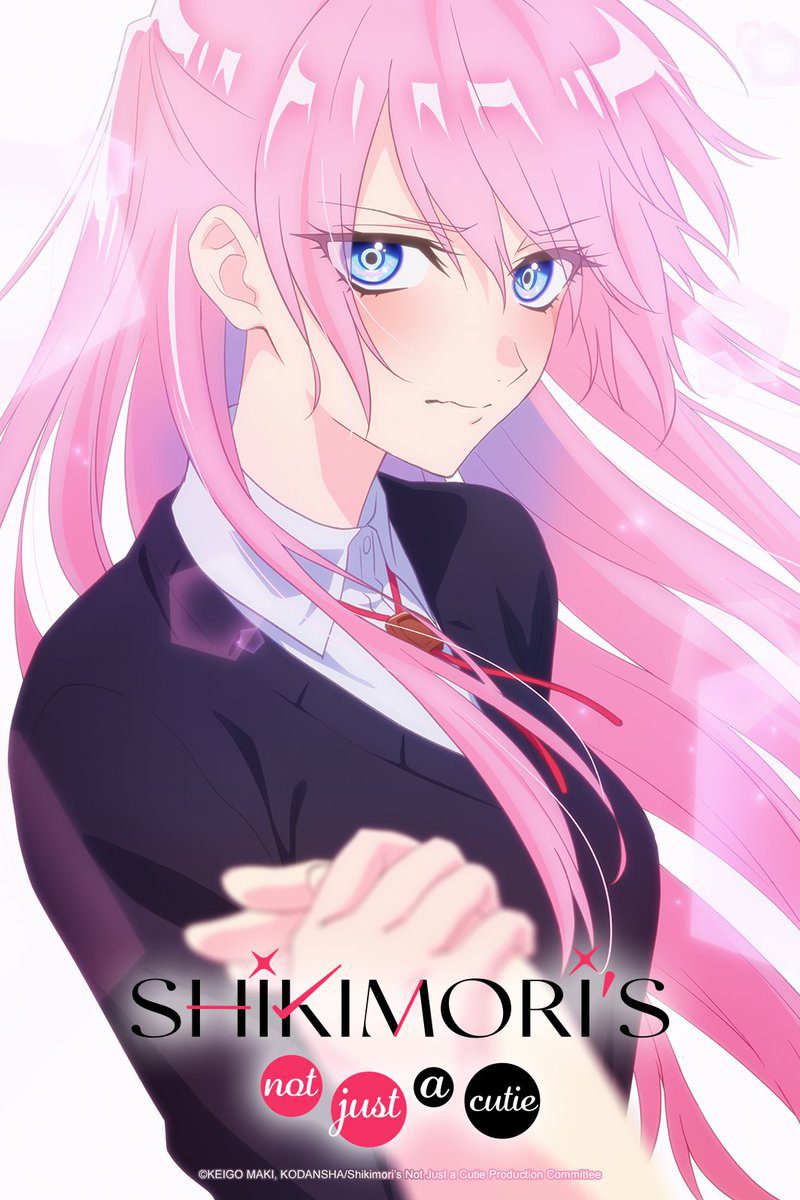 Plot: Ashito Aoi is a young, aspiring footballer from a small Japanese town. His dreams of attending a prestigious high school with a strong football program are destroyed when he provokes an incident during a crucial game for his team, resulting in their loss and elimination from the tournament. 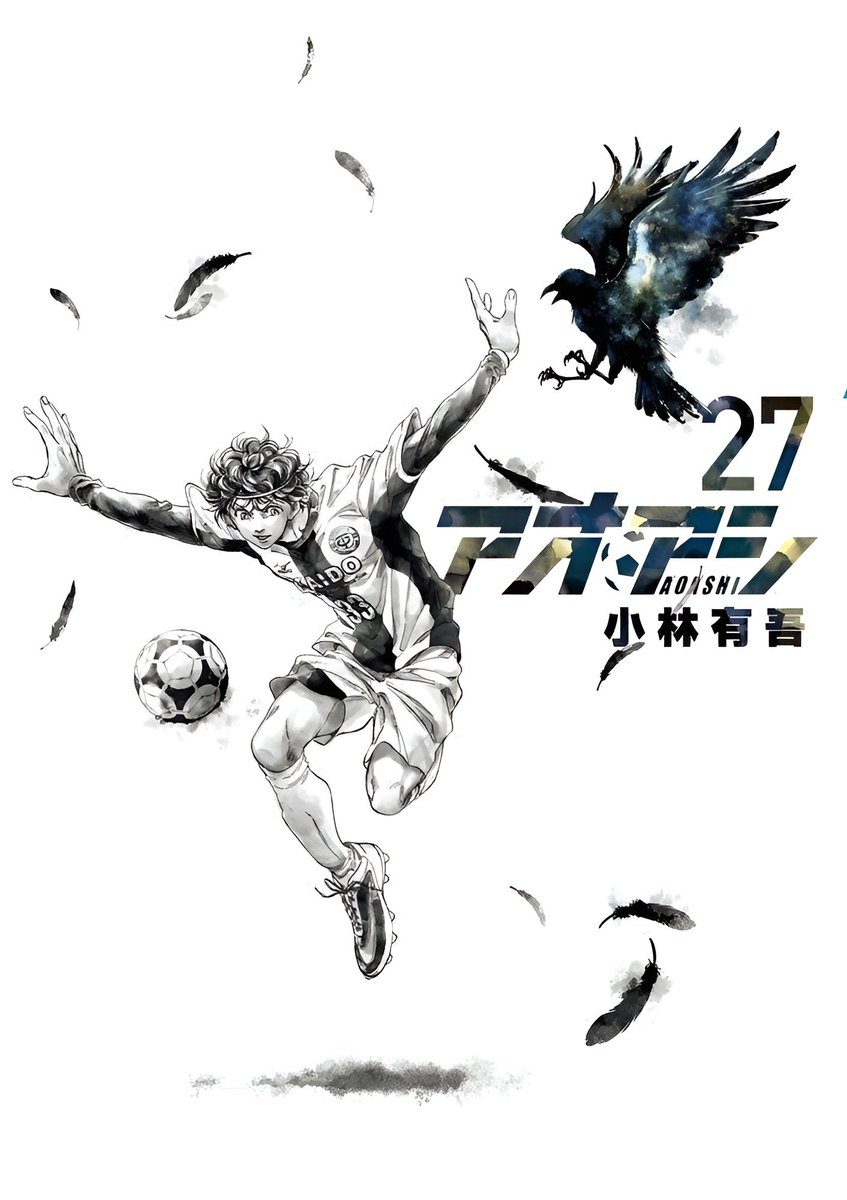 17. Ascendance of a Bookworm Season 3

Plot: Motosu Urano, a book-obsessed post-secondary student and aspiring librarian, is crushed to death beneath a stack of books during an earthquake. She wishes to be reincarnated in a universe where she can read books indefinitely with her dying breath. 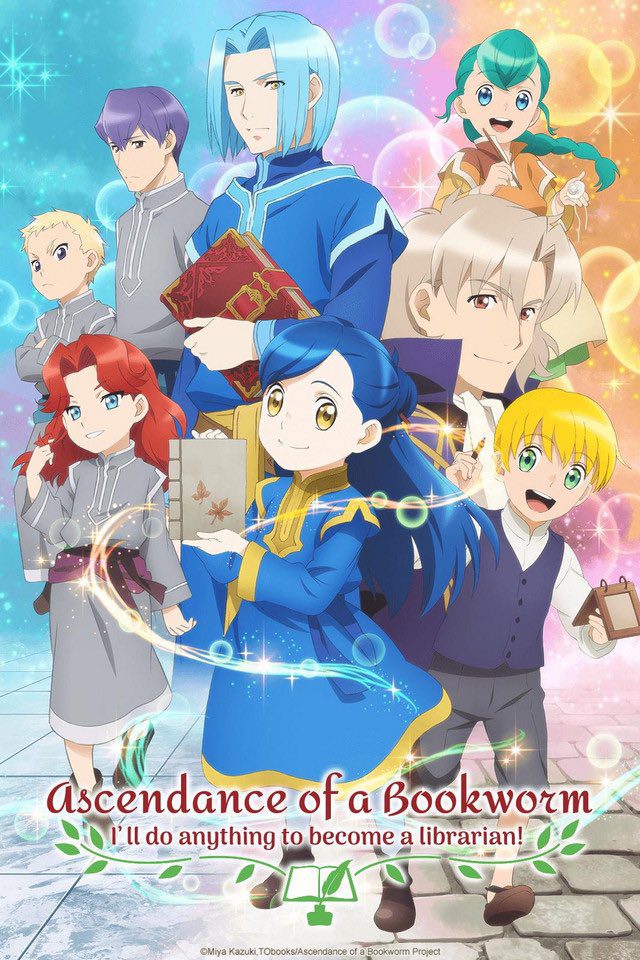 Ascendance of a Bookworm

The next thing she knows, she wakes up in the body of a girl named Myne. Myne chooses to create and print books herself so that she can read again through her maintained memories from her prior life.

18. AMAIM Warrior at the Borderline

Plot: A young boy named Am Shiiba finds upon an abandoned AMAIM named Kenbu and a rogue autonomous AI named Gai as a result of the subsequent social turmoil and unrest. 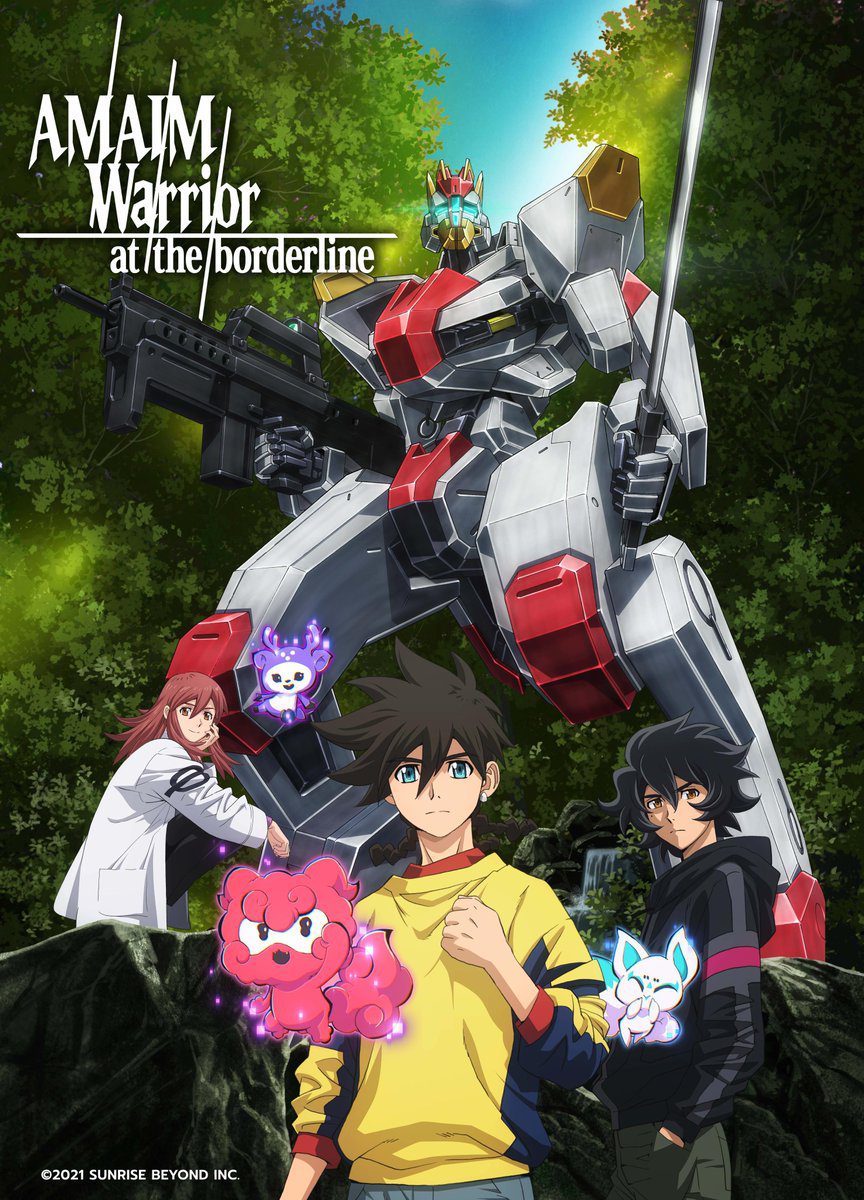 AMAIM Warrior at the Borderline

Am has the chance to change the path of history for both himself and the entire nation of Japan with the help of Kenbu and Gai.

Plot:  This is shonen series that involves a 16-year-old super studious Nagi Umino, who is a second-year student at the Megurogawa Academy, high school. He was switched at birth, and one day, on his way to see his birth parents for dinner, he encounters Erika Amano. She is an exuberant, opinionated girl who is determined to make Nagi her pretend lover because she never wants to marry. 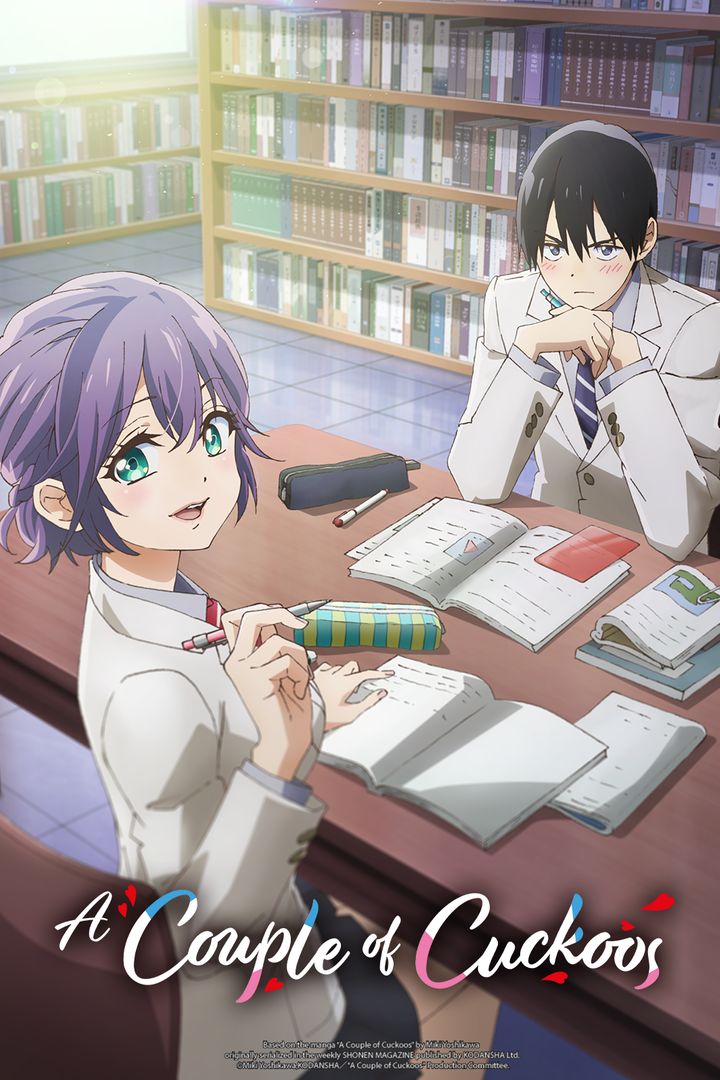 However, as Nagi arrives at dinner, he discovers that his parents have decided to address the hospital switch by having him marry the daughter his biological parents raised. As you may have guessed, this daughter just happens to be Erika Amano, the girl he just met.

Plot: The series is loosely inspired by the ancient 14th-century Chinese novel Romance of the Three Kingdoms and revolves around an all-out turf war in the Kanto region of Japan between fighters known as Toshi from seven schools who fight for supremacy. 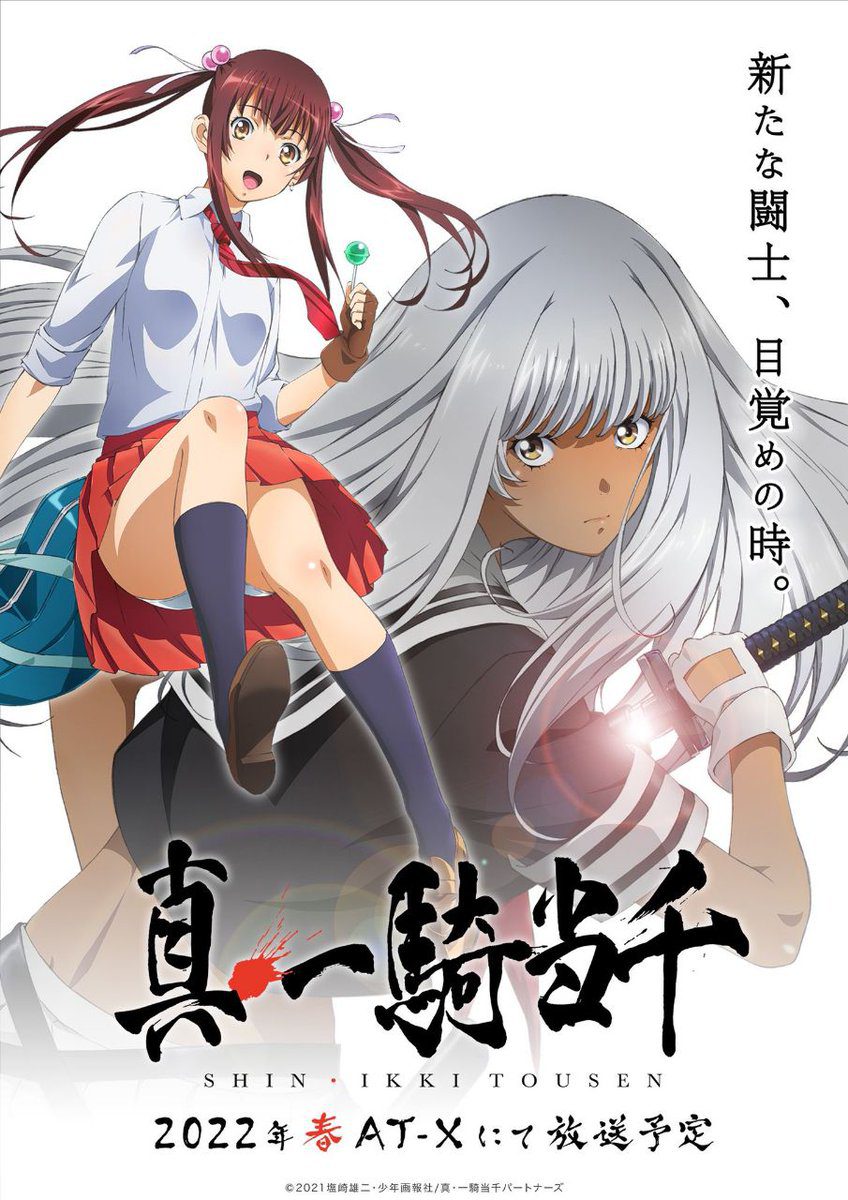 21. The Ancient Magus’ Bride – The Boy from the West and the Knight of the Blue Storm

Plot: Chise Hatori, an orphaned Japanese high school girl who has been shunned by both her family and society, decides to sell herself at an auction for someone else to take her in and give her a new home. Elias Ainsworth, a seven-foot-tall humanoid with an animal skull for a head, buys her for five million pounds at a London auction. 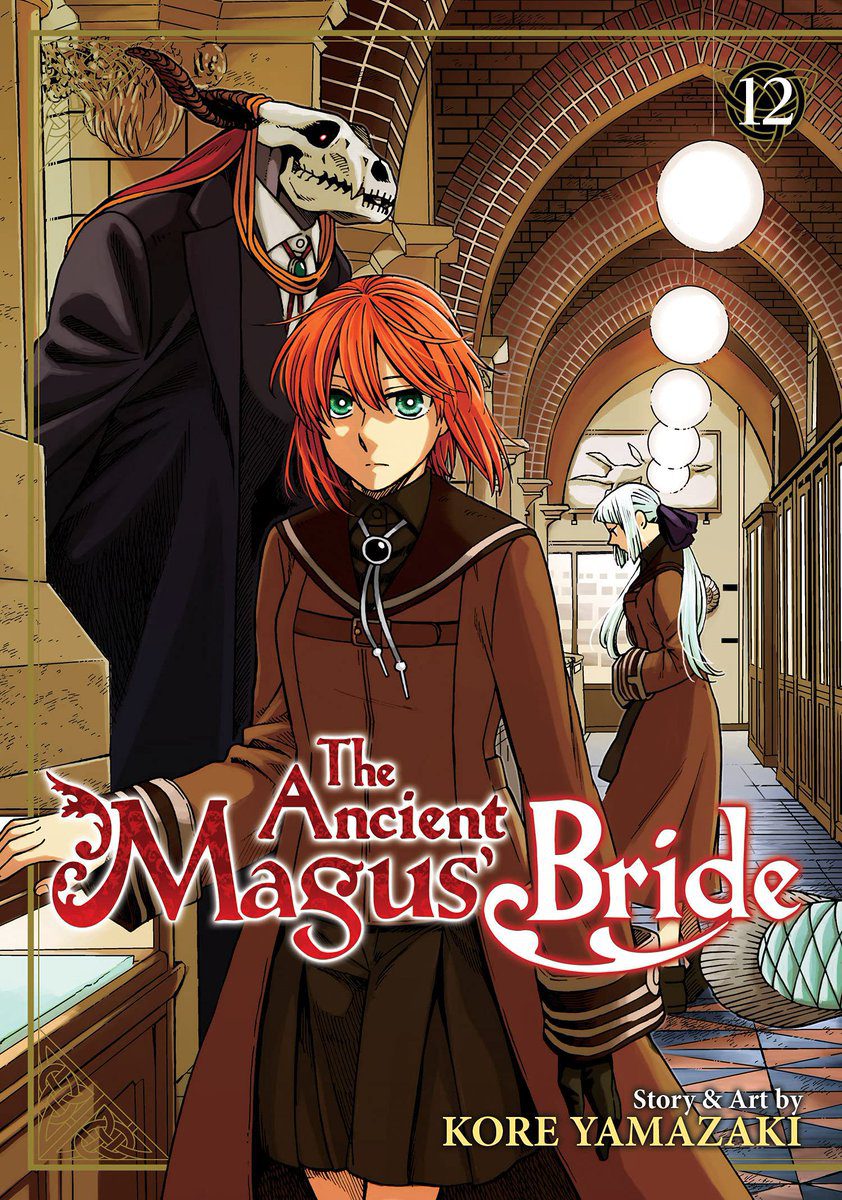 In her new homeland, Great Britain, the magus, who appears to be more demon than human, either delivers her the light she so desperately wants or drowns her in even deeper depths. The series tells a weird and mystical story about a romantic slice-of-life story.

22. Requiem of the Rose King 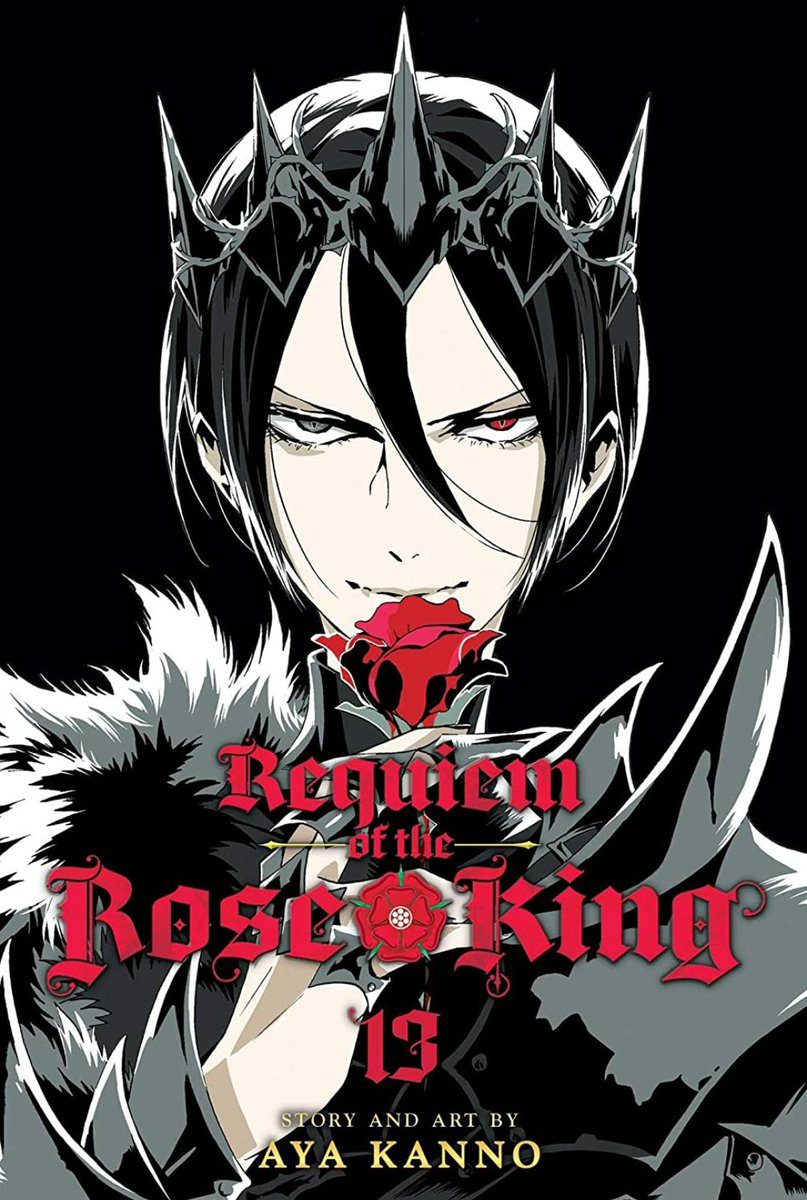 In the middle of his grief, Richard seeks vengeance and is forced to confront a formidable and attractive new foe.

Plot: The anime Dance Dance Danseur depicts the narrative of Junpei Murao, a young guy who goes to his sister’s ballet recital anticipating being bored but is instead impressed by the male dancers’ force and grace. 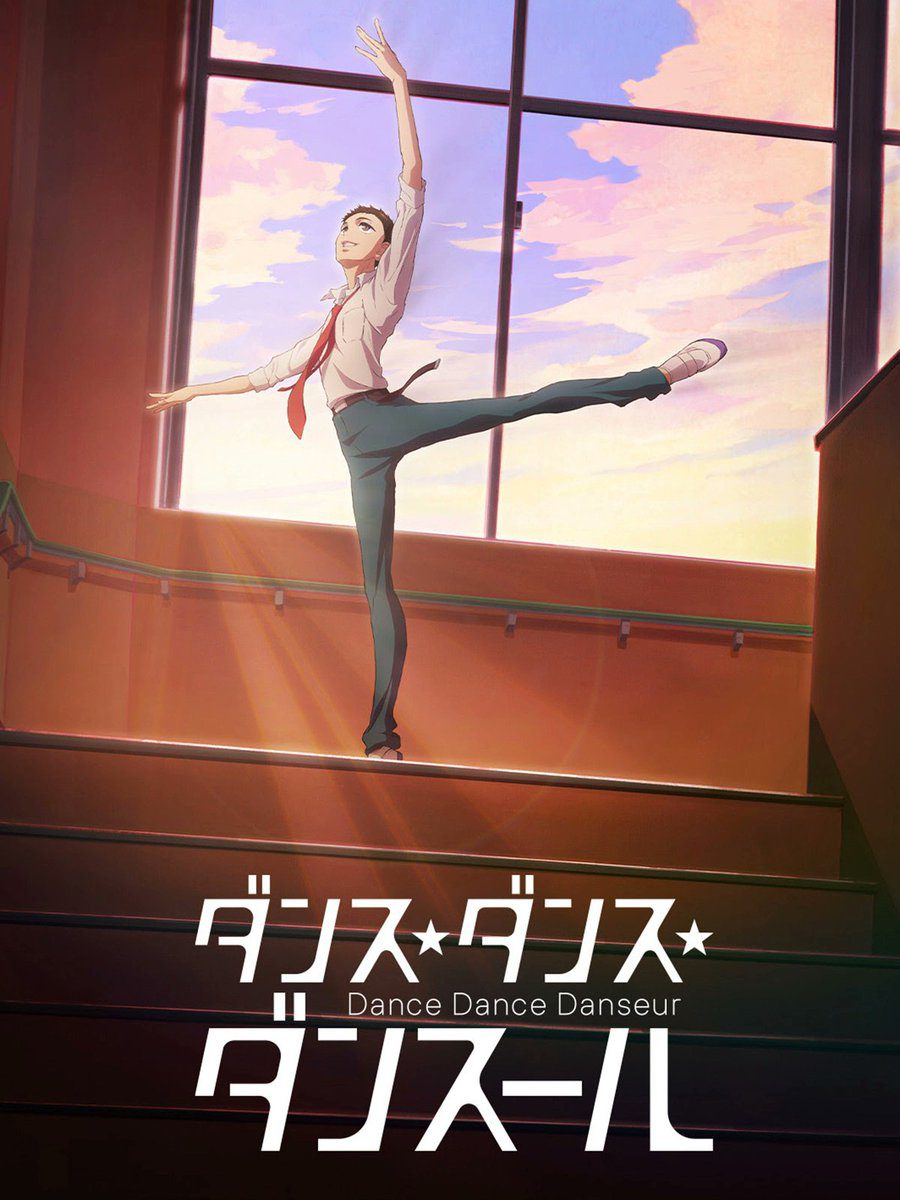 Junpei is moved by the dancer’s strength and skills, and he discovers his passion for the art form.