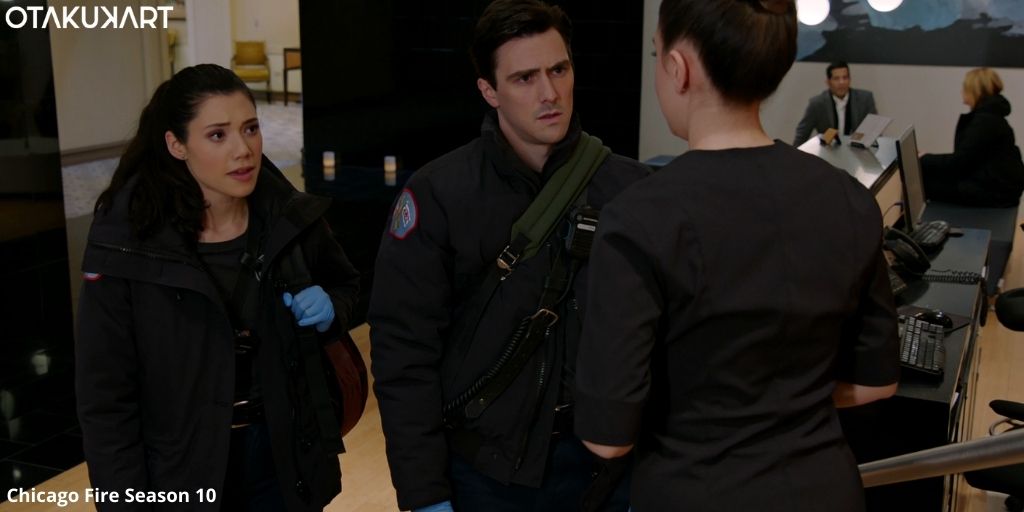 It looks like Chief Hawkins and Violet might have a problem on their hands in Chicago Fire Season 10 Episode 17. The previous Episode gave us a look at Hawkins coming to firehouse 51 as a temporary replacement for Sylvie, who was on a long leave as she went to be with Casey. Gallo wasn’t liking the fact that Hawkins was spending his time at the station.

On the other hand, the squad rescued three immigrant children from a fire in an apartment. Additionally, Joe found out that one of the boys would go to the authorities until he got a home to live in. So he was in a dilemma of how to help the boy and talked to Casey on the phone about it. Meanwhile, Herrmann, Mouch, Gallo, and Ritter were planning to prank the new member of the squad Mason as per the old tradition.

The ongoing television series, which was responsible for setting up the immensely popular “Chicago” franchise of tv shows, has come a long way and is now in the Tenth Season. Moreover, the fans are now eager to watch Chicago Fire Season 10 Episode 17. But first, let us take a quick look at the events of the previous Episodes and find out what went down. 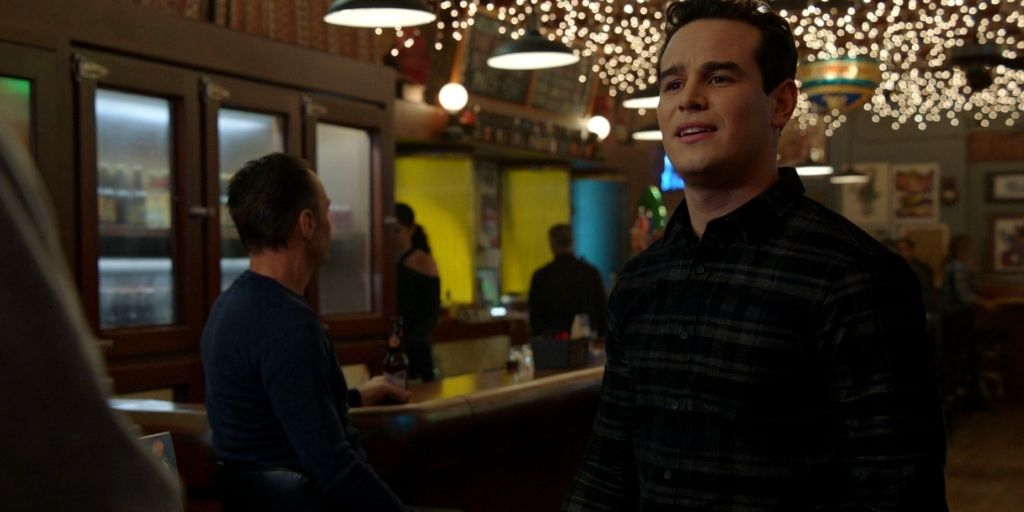 Episode 16 of Chicago Fire Season 10 came out on 16th March 2022, and it was titled “Hot and Fast”. The Episode saw the team on another rescue mission when a fire broke out in an apartment where three young boys were stuck. Moreover, one of the boys was hanging outside from the window, and his hand eventually slipped, but Joe caught him in his arms. While the team went inside as Gallo forcefully broke down the door to desperately get inside, Mason was quite active as he saw where the other two boys were hiding from the fire.

Later at the station, Violet asked Gallo if he was fine, considering the situation would have reminded him of the past. But he assured her he was alright and thanked her for checking on him. In the changing room, he saw chief Evan Hawkins and passed a slight taunt towards him that Hawkins did not like. A while later, when Hawkins asked Violet about Gallo, she told him that they used to date, but it was all over. However, Hawkins thought it wasn’t over from Gallo’s side.

On the other side, Joe went to the hospital to check on the young boy named Javi, whom he caught after the fall. Furthermore, he helped fire investigator Wendy to communicate with Javi as he didn’t speak much English. However, Joe was not feeling good with the fact that Javi was being sent back to the church that tried to find a home for immigrant kids like him. He even asked for Casey’s advice on this matter since Casey knew better about adopting kids. Eventually, Joe talked to his wife Chloe, and they brought in Javi to live with them.

At the firehouse, Kelly got Wendy a spare office so she could work many old cases. However, this was a bit awkward for Stella, but she still supported it. Meanwhile, the guys were ready to prank Mason as per tradition, but Stella stopped them from doing so, thinking Mason might not like it. However, when Mason himself was excited about getting pranked, she regretted her decision of stopping others from pranking him. 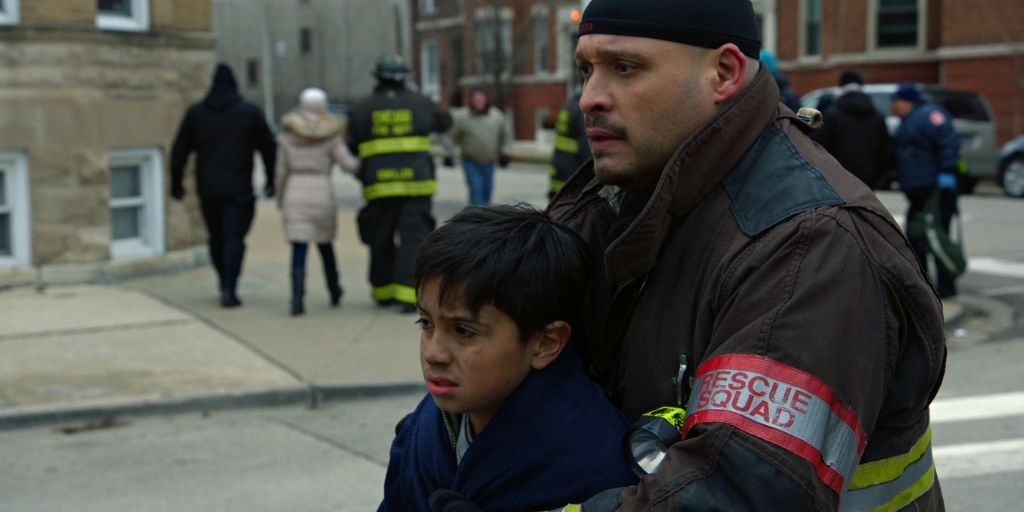 So she asked Wendy to help her plan a prank at the last minute, and they managed to pull it off. However, later at the bar, Mason discussed it with the guys and said that he would rate it 2 out of 10 since he had seen a whole lot better. Mouch and the rest of them realized it was Stella, and in her defense, she apologized for the misunderstanding and told them she couldn’t do anything better at the last minute.

On the other side, Joe and Chloe weren’t able to sleep as they were thinking if they made the right decision about Javi. But soon, Javi started singing a lullaby to their baby when the baby started crying at night. This was when they realized they would be alright. In the end, Gallo heard from another station’s crew member that Violet and Sylvie were given priority for a repair at the workshop due to Hawkins and Violet’s ongoing affair. Later on, Hawkins received a call from his senior officer to arrive at a meeting the next morning, which worried Hawkins and Violet.

Chicago Fire Season 10 Episode 17 will release on 6th April 2022 at 9 pm ET on NBC. Additionally, the Episode will be titled “Keep You Safe”. The Episode will see whether Evan faces heat for providing favors on the job to his girlfriend Violet.