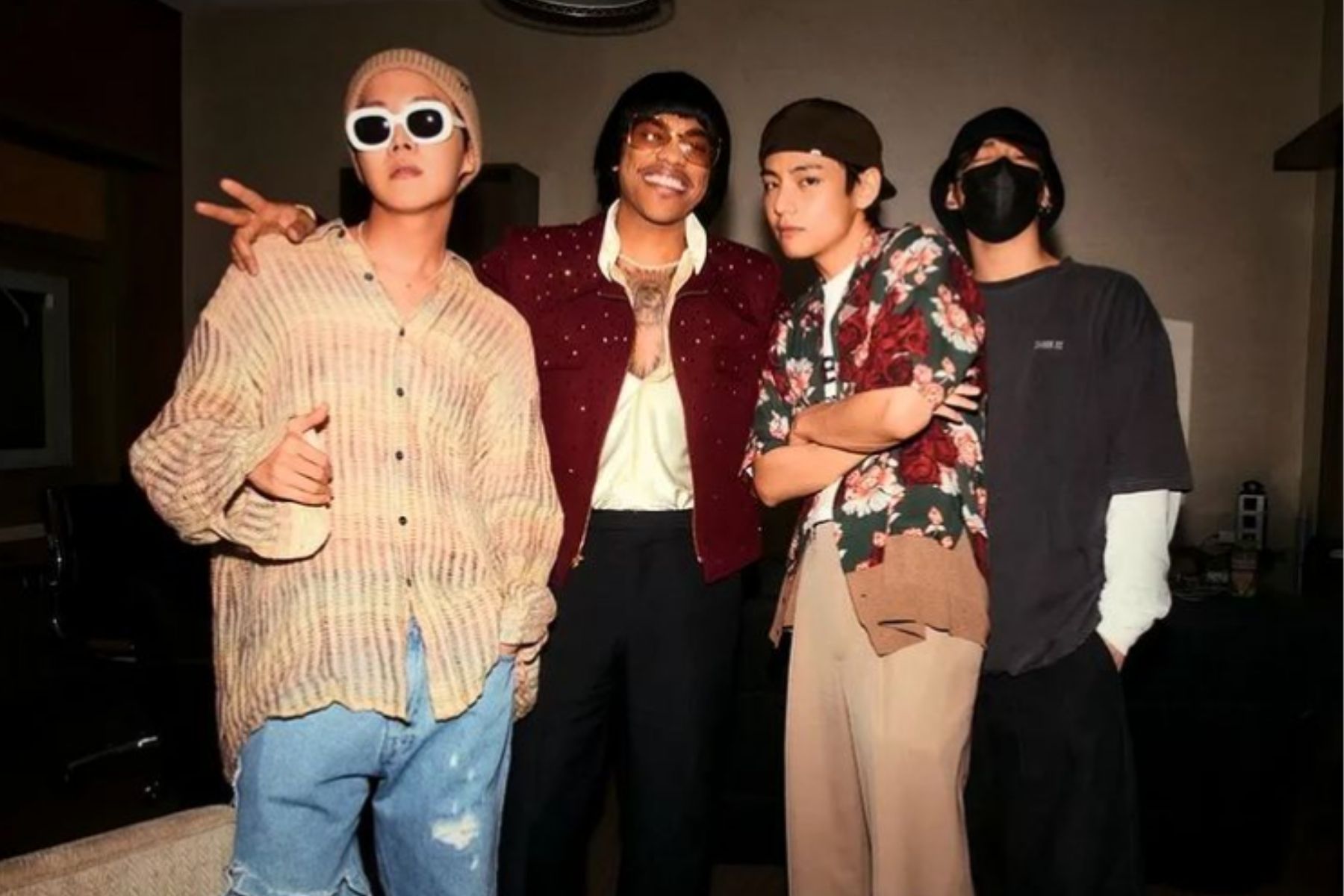 All BTS members have finally reached Las Vegas for Grammy Awards and their upcoming PTD On Stage- Las Vegas concert. BTS’s maknae Jungkook flew with the crew before the rest of the group. Sadly, he tested positive for COVID-19 at his arrival. Later, RM, Jin, Suga, Jimin, and V- arrived, and recently J-Hope also boarded a flight to Las Vegas. Besides getting ready for their upcoming schedule, some BTS members attended the Silk Sonic Concert led by Anderson. Paak and Bruno Mars. And, now the BTS ARMY are speculating an upcoming collab.

Anderson. Paak and Bruno Mars shared their excitement after having out with the BTS members backstage via Instagram posts online. Moreover, BTS members RM, Jimin, and Suga also shared their version of the pictures with the Leave The Door Open singers.

The next day, J-Hope attended the Silk Sonic gig along with V and Jungkook. Later, V shared a picture on Instagram for the fans.

BTS Members Hang Out With Anderson. Paak and Bruno Mars in Las Vegas

All BTS members except for Jin attended Anderson. Paak and Bruno Mars’ Silk Sonic Gig in Las Vegas. RM, Suga, and Jimin attended on April 1. The American duo of singers posted on Instagram to share that the three BTS members attended their “An Evening with Silk Sonic” concert. BTS members at The Silk Sonic Concert in Las Vegas

Anderson. Paak, who is half-Korean, showed his excitement and captioned the picture: “SHEEEEESH!!!” On the other hand, Mars wrote: “Thank you [BTS] for coming down to last night’s gig in Las Vegas. Hope y’all enjoyed yourselves! Sincerely, Silk Sonic.”

J-Hope, V, and Jungkook (who has successfully recovered from COVID-19) attended the same concert the following day. J-Hope posted a picture with Anderson. Paak and the maknaes from backstage with the caption, “Great show.”

BTS ARMY is speculating a possible collab with the two pop singing groups. Although no official news has been shared, fans are looking forward to seeing the two artists work together.

BTS, Bruno Mars, and Anderson. Paak are nominated this year at the 64th Grammy Awards. Moreover, Both the musical acts will be performing at the mega-music event.