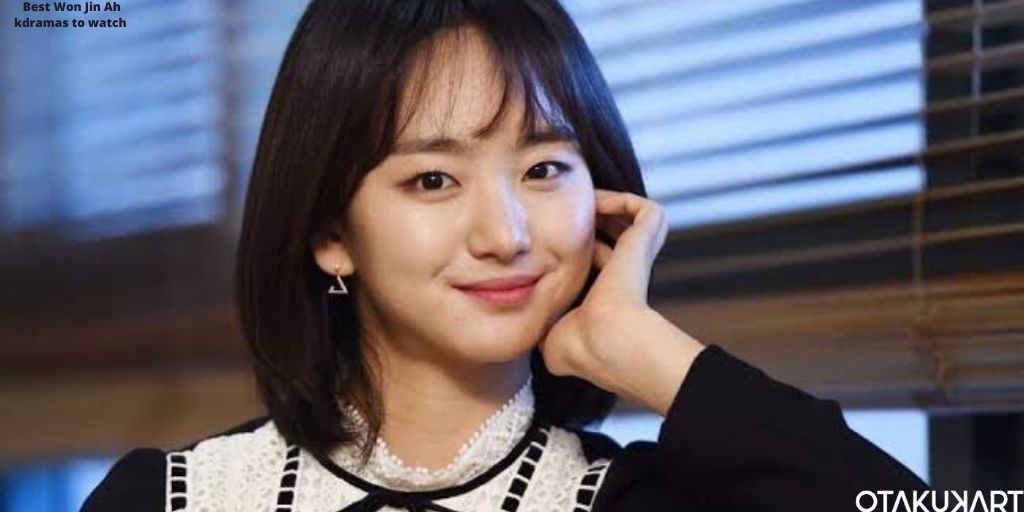 Won Jin Ah has noticeably risen to popularity in recent years, and so, here we are to share the best Kdramas of Won Jin Ah so that you can enjoy more of her amazing acting skills. The actress has been in talks as she is going to star in an upcoming musical romance South Korean movie ‘Secret’. And fans are even more excited as she is staring alongside D.O. (Do Kyung Soo) of EXO. Fans are ready to binge-watch her series again to prepare themselves for her upcoming series.

The K-drama world is always ready to surprise the fans with new stories in dramas. But one of the most important aspects of a drama is the actors and how they portray the role of their characters. This is very crucial so that the viewers can stick to the series and stay with the story from its start to its end. The emotions, the aura, the timing of their delivery of lines, and their connection with the character all these aspects are very important for good acting skills and Won Jin Ah has proved through her various K-dramas that she is definitely a rising star in the acting field as her performance keeps getting better and better in every series.

The following is the list of best K-dramas of Won Jin Ah to watch:

Hellbound is one of the most popular series in the list of Kdramas of Won Jin Ah. Released in 2021, the immense popularity of this Netflix series came as a shock even to the director of the series. The director was none other than Yeon Sang Ho, who also directed the world-famous South Korean movie “Train To Busan,” which was again a supernatural story about zombies. Hellbound, too is a supernatural-horror drama about a fictional world where humans are given predictions about their death. They are told that they are damned to hell and when the time of their death arrives, they are burnt to ashes and destroyed in a cruel gore manner by some terrifying supernatural creatures. The director has managed to instill immense fear in viewers in yet another work of his. 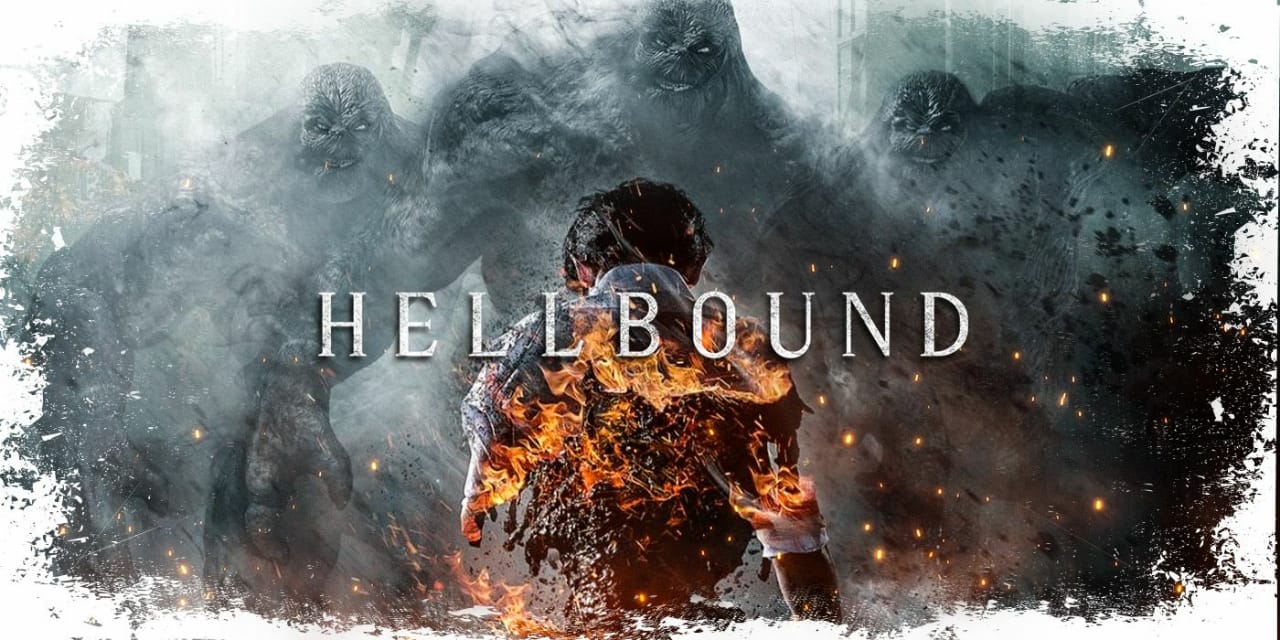 Won Jin Ah plays the role of Song So Hyun. The character left a powerful impression on the viewers, and they highly praised her for increasing the feel of this thriller series. She did a really wonderful job and showed that she could handle varied kinds of roles and perform them with all her heart. The actress herself was shocked to see the success that the series was achieving. She thanked the viewers and her fans that they liked the show, and she was grateful for their love and support.

Won Jin Ah surely MELTED everyone’s heart after this series. This great series is another great romantic comedy-drama for K-drama enthusiasts. It was released in 2019 and was an immensely anticipated drama as it was the first series of Ji Chang Wook after he came back after serving in the military. Wo Jin Ah, too, had an amazing role which she portrayed with full soul. The series stars Won Ji Ah and Ji Chang Wook.

The story starts when a PD of a variety show (played by Ji Chang Wook) and a part-timer at a broadcast station (played by Won Jon Ah) put themselves into a project where they would remain frozen for twenty-four hours. But the story takes a chaotic turn when things go wrong, and they continue to stay frozen for whole twenty years. After they wake up, they face a lot of confusion in the high-tech world, along with confusion in various relationships, families, etc. In the middle of all this chaos, a spark of romance arrives between our main leads. 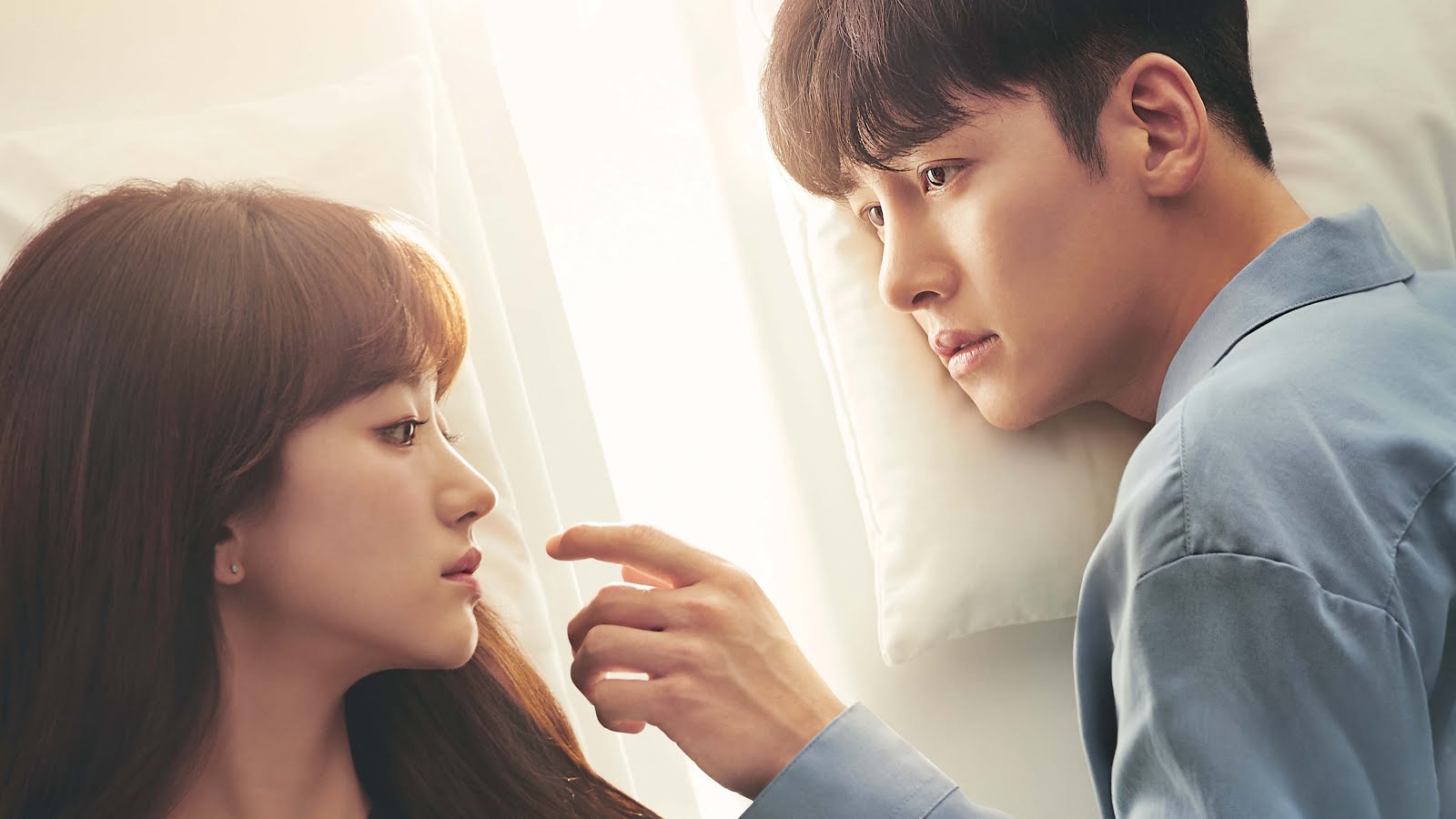 If you want to melt your heart with lots of warmth, this should definitely go on your watchlist. Won Jin Ah has shown a really cute side of her by portraying an intelligent, hard-working, diligent, and sweet girl, whereas Ji Chang Wook will, as usual, make you fall for him all over again with his relatable and genuine acting skills and of course his charming personality.

Are you in for an office romance? Well, ‘She Would Never Know’ is the drama you have been looking for. This Kdrama, which was released in 2021, is adapted from a webtoon with the name ‘Senior don’t put on that Lipstick’. The main leads of the drama include Won Jin Ah as Yoon Song Ha and Rowoon of SF9 as Chae Hyun Seung.

Won Jin Ah plays the role of a talented and hardworking marketer for the brand of cosmetics. As the new intern arrives, which was Rowoon, she diligently takes it upon herself to teach him about the work and help him get better. But he has a crush on her. He tries to comfort her as she recently found out that her boyfriend was cheating on her, and thus, the start of something new might take place here. 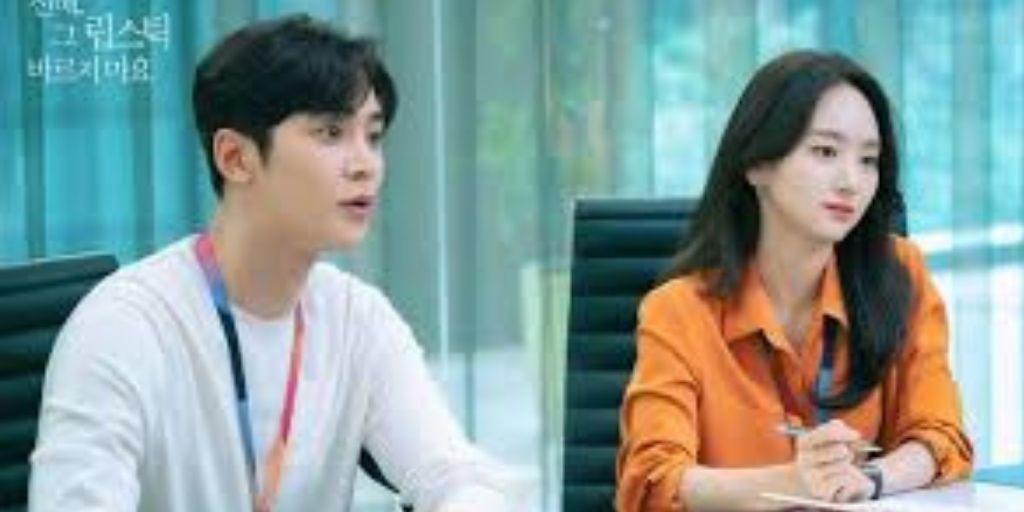 She would never know

But she tries not to have a romantic relationship with him by saying she does not want to date guys who are younger than her. Will Chae Hyun Seung succeed in making Yoon Song Ha more than a crush? Well, there is one thing for sure your heart will flutter throughout the whole series. Rowoon has shown his great acting skill in this series after stealing everyone’s heart through the K-drama ‘Extraordinary You’. Won Jin Ah too has many charms to offer in the series, which will make you fall in love with her talent and the character she plays.

‘Life’ enters the list of best Kdramas of Won Jin Ah, which is a psychological, thriller, medical Korean drama of 2018 which portrays the business and political issues of South Korea, and now society creates problems. Netflix has a bunch of amazing dramas, and this has definitely been one of the best ones among them. If you are a big fan of Lee Dong Wook and Won Jin Ah and want to see more of their skills in the acting field, put ‘Life’ on your watchlist.

It is quite different from the other medical dramas and depicts various problems of normal humans through different lenses. The series might feel a little slow-paced at the start, but that is how they built a strong base for future happenings and thus created a series that will keep you sitting at the edge of your seat, anticipating what will happen next. 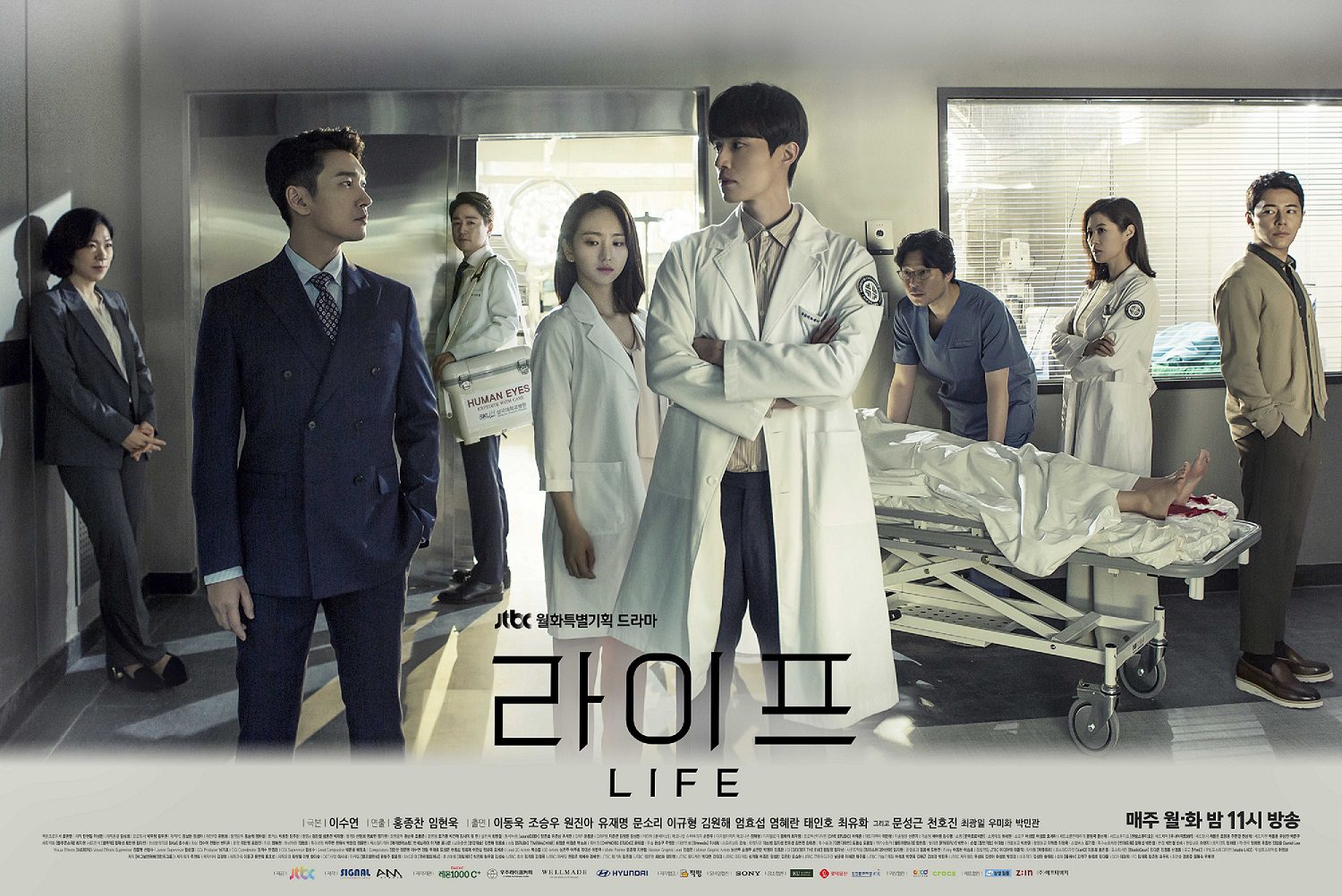 The series will also blow your mind with how they showed the ‘good’ and the ‘evil’. Surely people have many essays to write about how good and evil are different, but this drama touched reality by showing that there is quite a thin line between good and bad. It also has a slight romance to bless your hearts. The series also debates many moral themes, which will make you question the world and its so-called teachings. If you want a psychological thriller with the perfect blend of suspense, this series is for you.

Last but not least, the drama to make it in the list of best Kdramas of Won Jin Ah is ‘Just Between Lovers’. Won Jin Ah gained everyone’s attention in this series by playing her first acting role as the main lead of the series as Ha Moon Soo alongside Lee Jun Ho, who played the character of Lee Kang Doo. Yes, you heard it right, it is Junho of 2PM who recently gained great success and popularity for his famous drama ‘The Red Sleeve Cuff’. Both the actors showed various emotions in the series and showed that they are quite talented in this field. 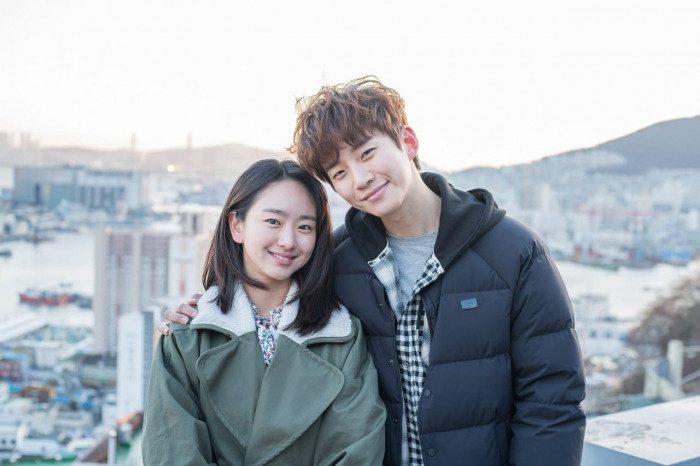 The story is about Ha Moon Soo and Lee Kang Doo, who previously suffered a great traumatic incident because of a major tragic accident. The male lead suffered physical and emotional damage and is struggling to make ends meet. Meanwhile, Won Jin Ah still has repeated nightmares about the tragic past, and she cannot seem to overcome it. The story is about how they meet and embrace each other’s past and their shortcomings. The series shows how love has no boundaries, and true love can heal people, although slowly yet steadily. So get ready for an emotional, heartwarming drama and get some tissues ready, if possible.